12 First Cars I Wish I Bought as a Teenager

Getting your license is exciting, your first car should be too.

When you grow up as a gearhead, you fantasize endlessly about your first car.  You imagine yourself as the scrappy protagonist at the beginning of a film — showing up to a party or car meet up in your hero sports car.

The reality is more often than not disappointing. As a teenager, your budget is limited — newer, more powerful cars are usually out of the question, if only because the price of your insurance is insane. You might think of getting a fixer-upper, but parts are still expensive and even if you’re not over estimating your skills as a mechanic, it might be nice to actually get to drive your first car. Certainly, you don’t want it breaking down during that all-important first date.

I made just about every mistake you could with a first car—absolutely the kind of thing a teenager would do. My first car was a 1997 Mustang that needed a new engine, fuel system, brakes, electronics… everything really. I also ended up putting a set of $1800 rims and tires on it—more than I paid for the car itself.

In my head, I’d have a cool late model muscle car to cruise around town with. What I ended up with was a junk box that never worked right, was useless in the snow and cost an arm and a leg to insure.

I don’t want anyone to make the same mistakes I did. That being said, just because something is reliable and inexpensive doesn’t mean it can’t have a cool factor.

So, if I could do it all over again, these are the first cars I would be looking to buy if I was still a teenager. 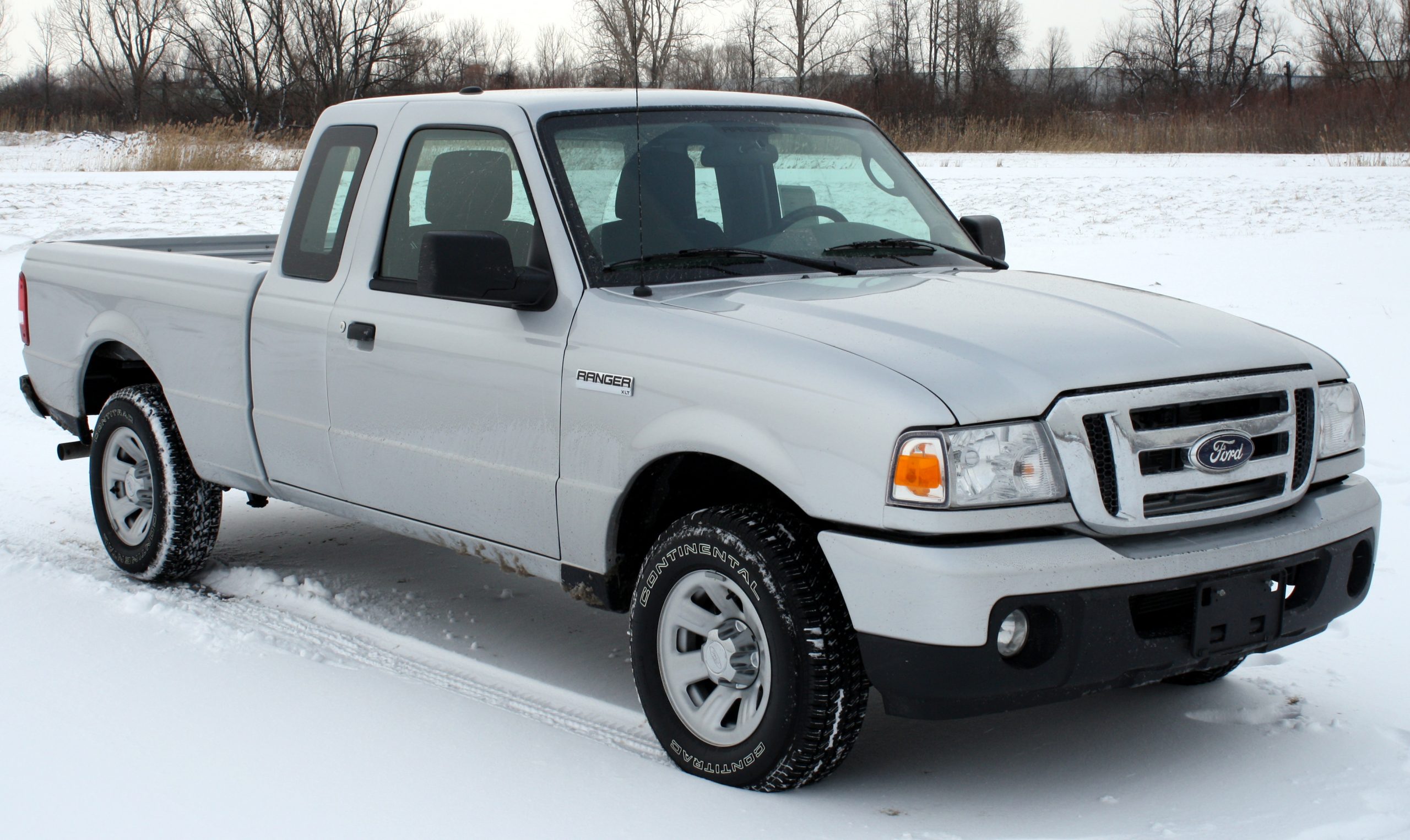 Will you win a lot of drag races in a Ford Ranger? No. And that’s why it won’t take every last pay cheque you earn from your part-time gig to insure one. In 4×4 trim, it’ll also get you through some inclement weather and because it’s not an F150, you won’t have to worry about filling a massive, constantly thirsty gas tank. But most importantly, mini-trucks are cool. They’re like a football player who also hangs out with the Dungeons and Dragons kids. Tough, rugged, but not overly inflated and always up for a good time. 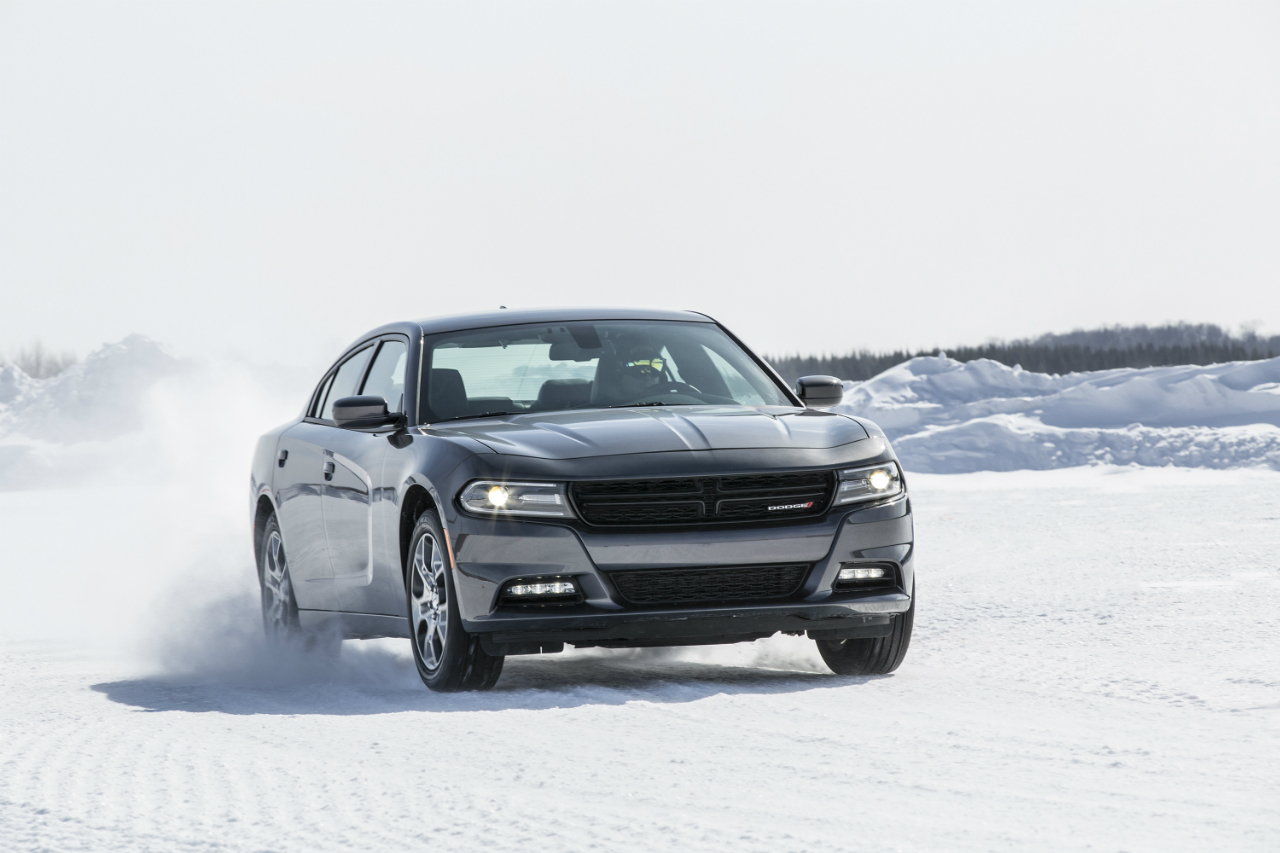 The Challenger was still a concept car when I was getting my driver’s license. But if I were 16 today, I’d be all over one of these. If you must scratch your muscle car itch, go for the Challenger over the Mustang or Camaro. Not only will you find them less unruly during bad weather thanks to their independent suspension and ample weight, they’re also a lot cheaper to insure. I think it’s because they’re typically not purchased by anyone under the age of 40. The 2011 and newer V6 models make around 300 horsepower, and that’s plenty. 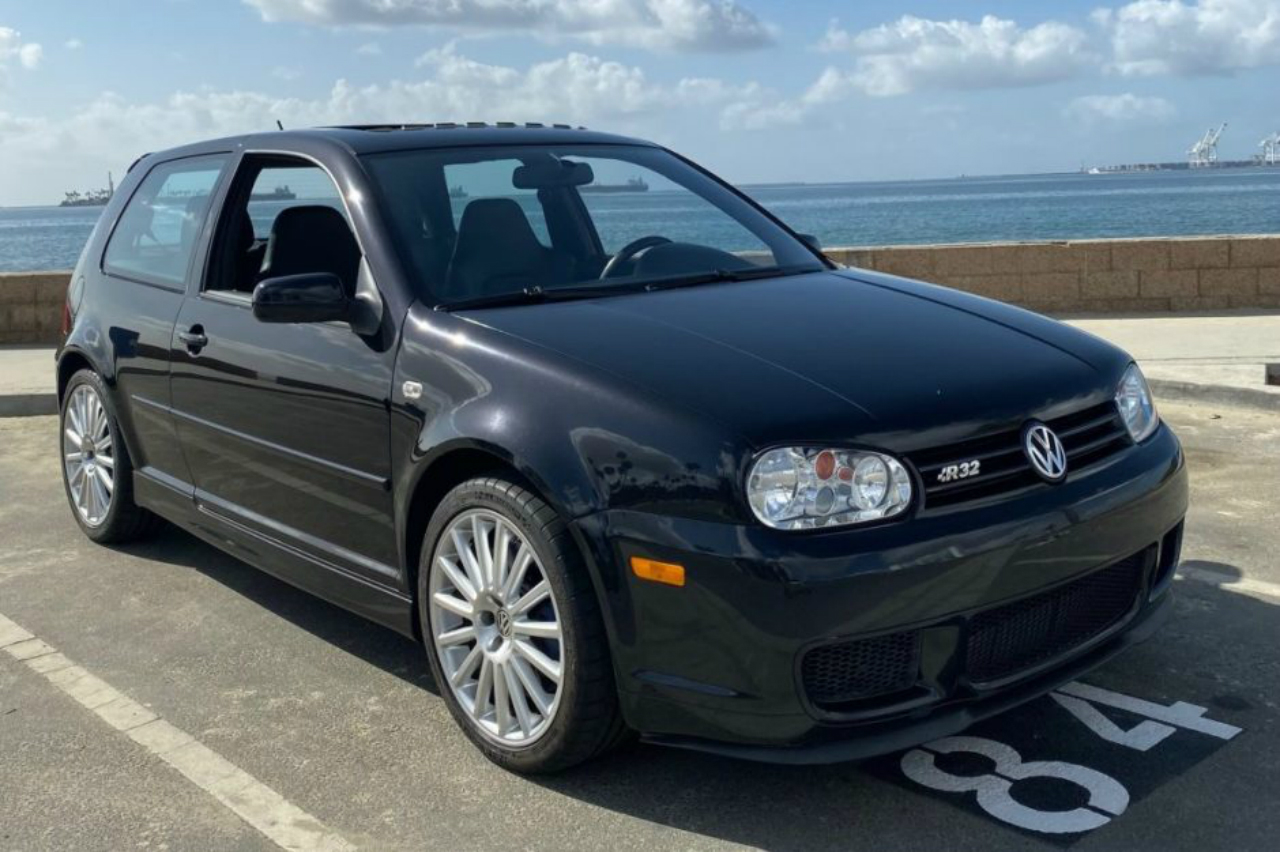 Yes, yes. It’s a very humdrum choice. And let’s face it, there is no group of car enthusiasts more inane and annoying than VW fans. However, the Golf remains one of the cheapest cars to run with very low annual costs. That’s a thing you want. And, despite its ubiquity, there is a certain quiet confidence and cool to the Golf—especially in GTI trim. There’s also a huge catalogue of aftermarket parts for you to have fun blowing your grad money on. Just don’t become one of those guys who never shuts up about how you’re going to “VR6 swap” your VW. 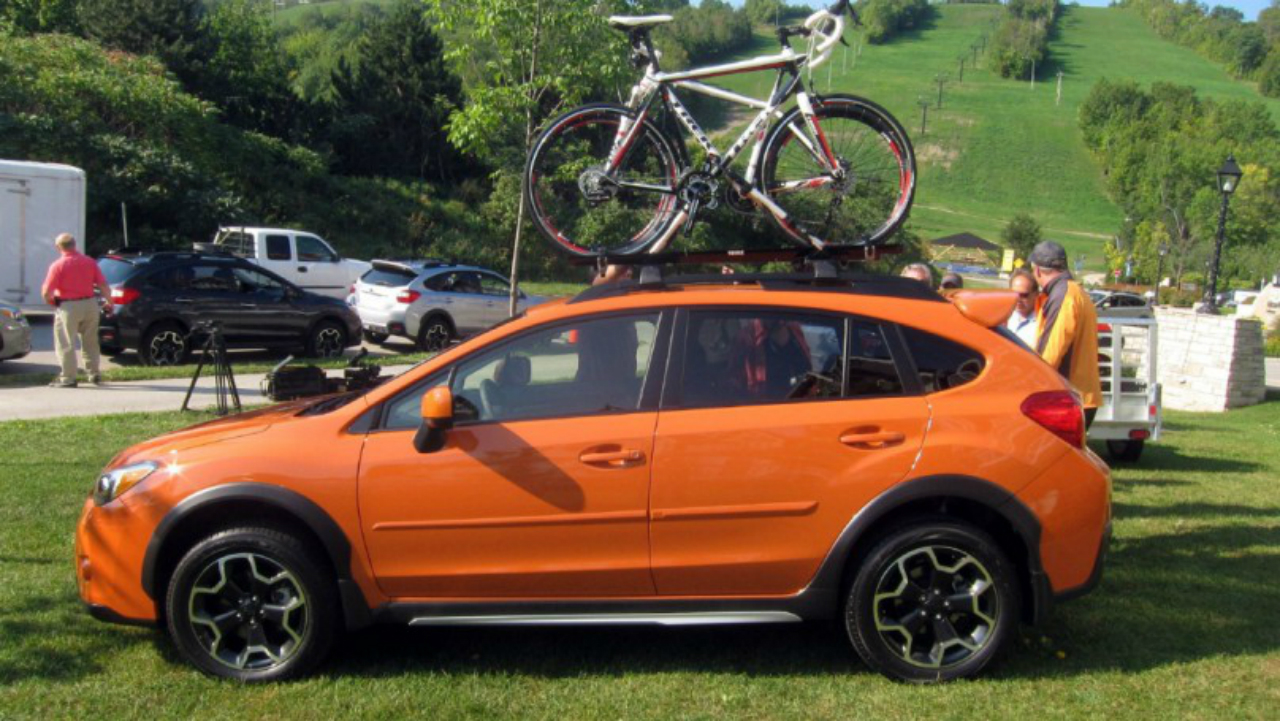 The Crosstrek has all the guts of an Impreza, but is a lot more practical than the road-going rally saloon from which its drivetrain is derived. It’s a go anywhere, do anything vehicle with some get-up and go that both isn’t a lame crossover SUV and won’t freak your parents or the insurance company out. Alternatively, look for an old Forester if you want the same effect but need to delve deeper into the used market. 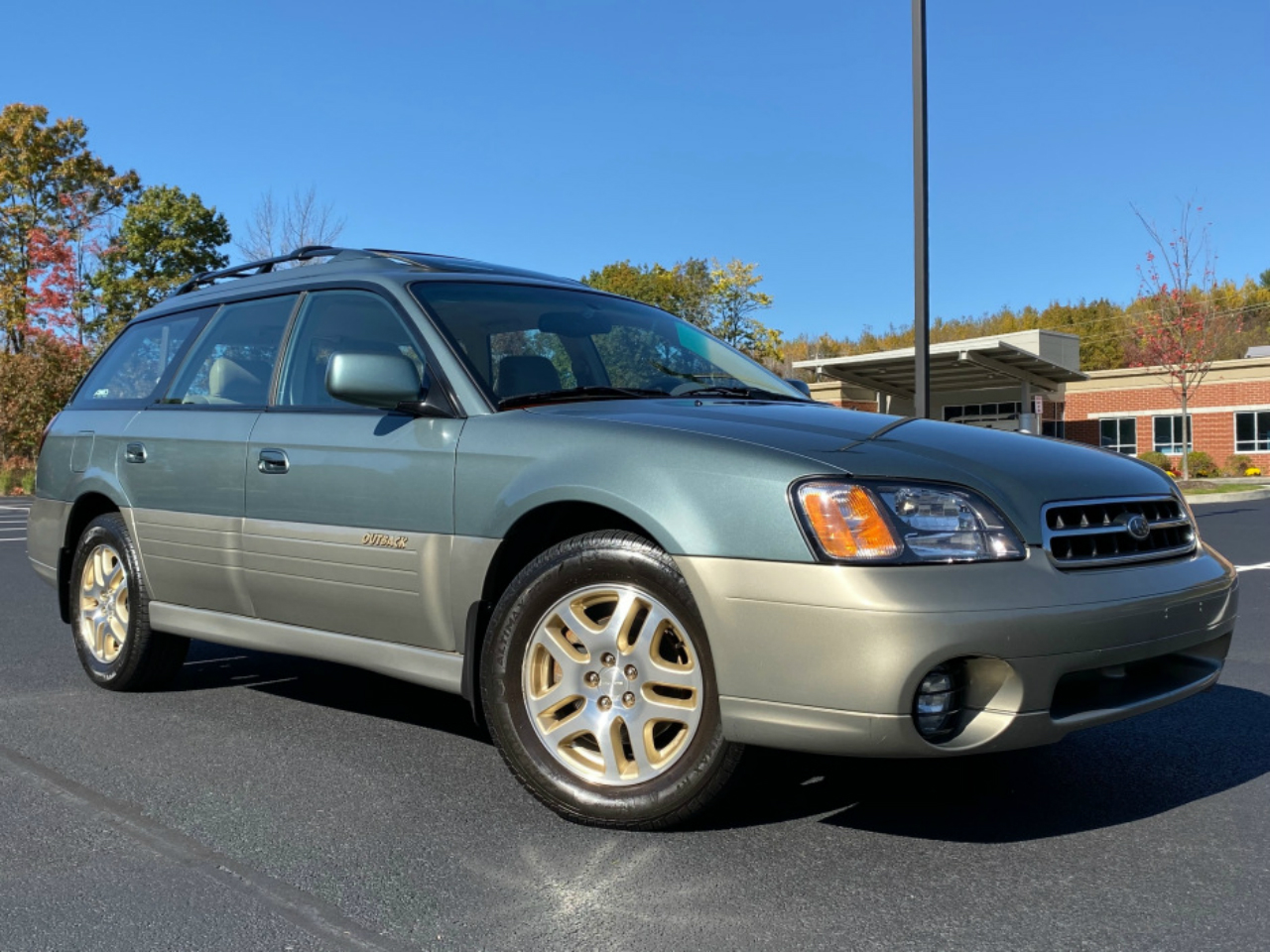 Like the Crosstrek, this is a great substitute for your WRX fantasies. But because it’s a sedan (or wagon), you won’t have the insurance companies raising a big eyebrow your way. The Legacy comes with the same 2.5-litre engine as the Impreza, and in GT trim, it’ll come with a turbocharger like the WRX models. And yes, these are available with a manual transmission. Best of all, the Legacy has a healthy aftermarket, so you can toss on those rims and tires you’ve been window shopping online for the past eight months. Also, the Legacy features Subaru’s legendary AWD system, so you can get to class on a snowy day and put the ‘rents minds at ease. 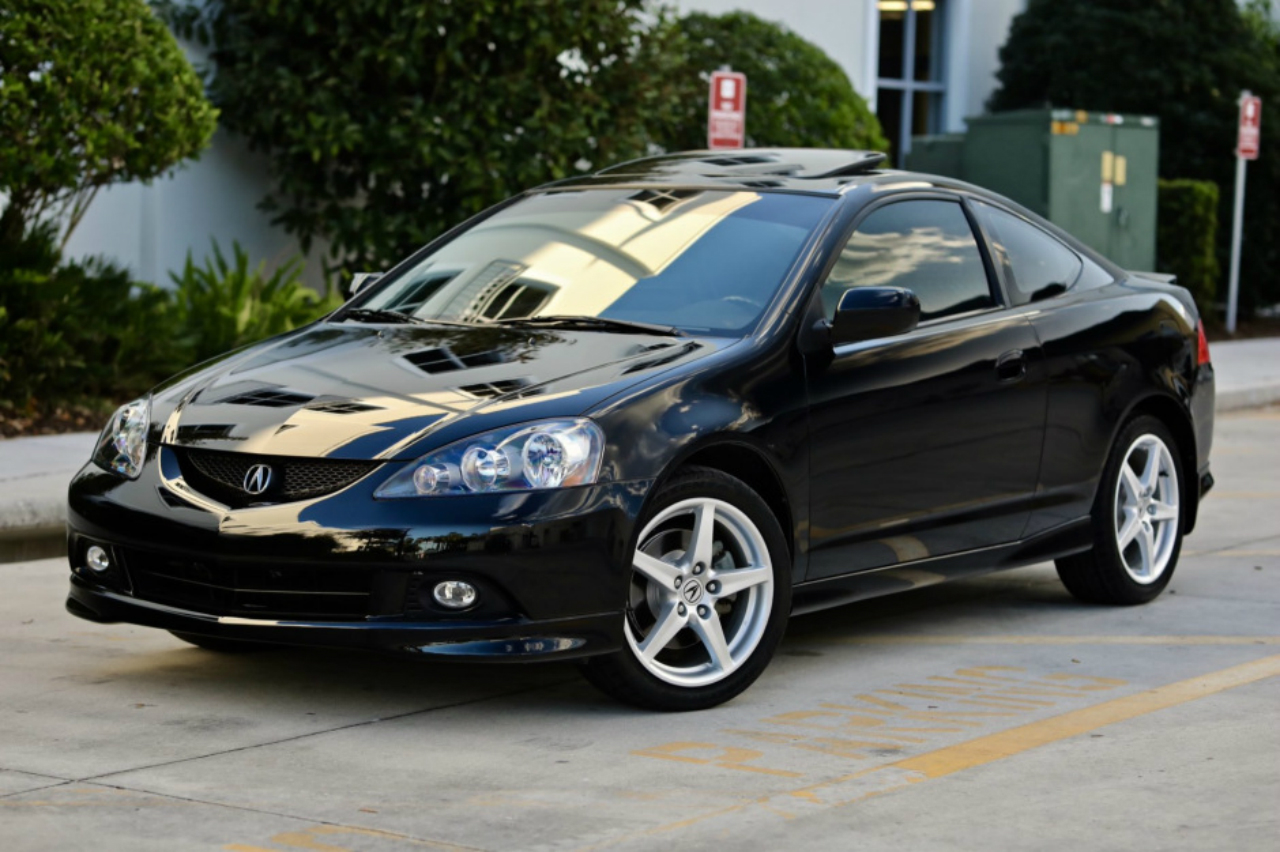 The insurance company might not love you for this one. And enthusiasts will bemoan that you didn’t get an Integra, But that doesn’t change the fact the RSX was one of the best front-wheel-drive cars of the last 15 years. They’re also getting pretty cheap on the used market and because they’re essentially a Honda Civic underneath, won’t kill you to service. What you increase in insurance, you can make up for in other places. Plus aftermarket fun times will await you. 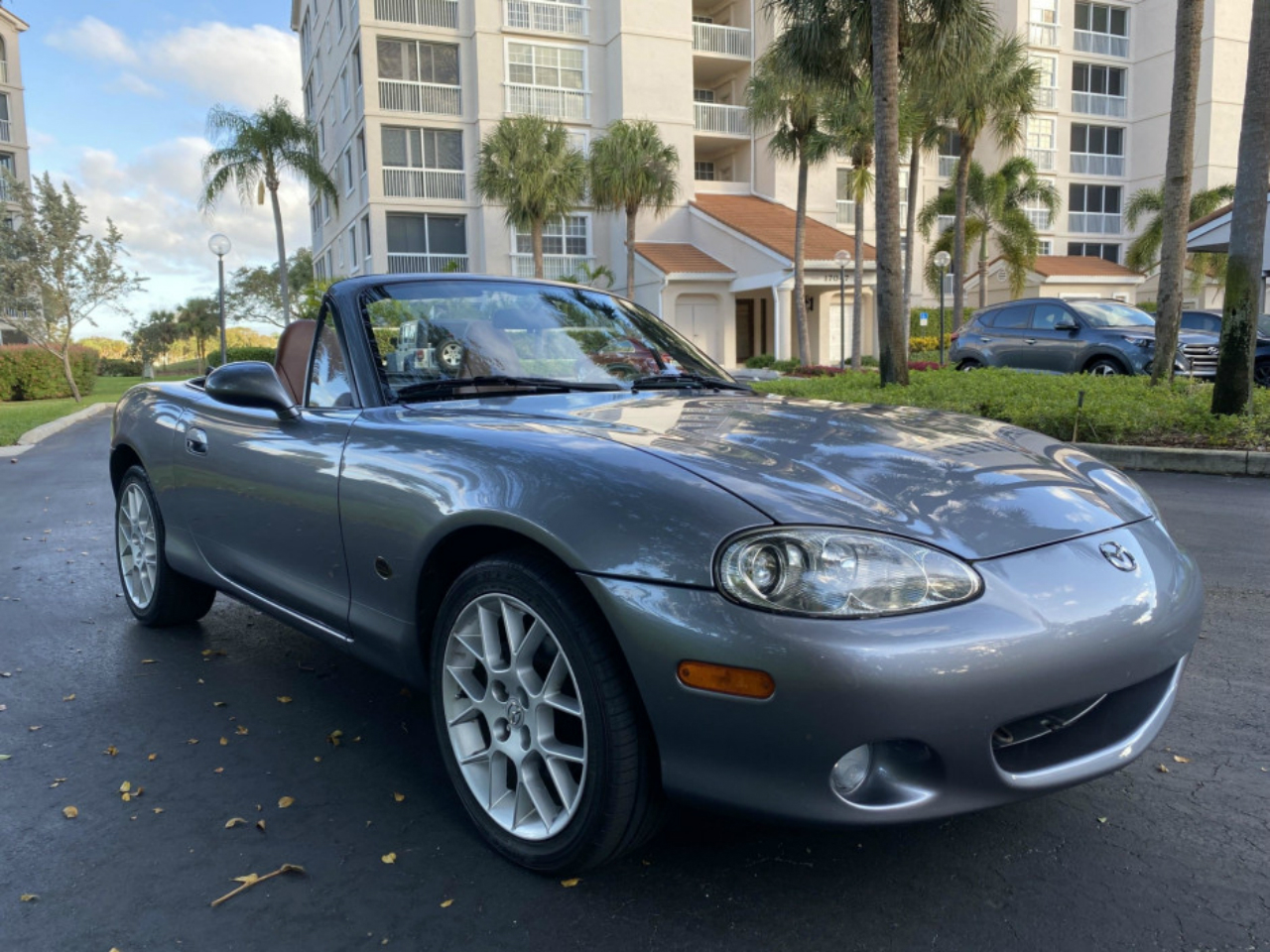 When I was a teenager, you would have been made fun of endlessly for buying Miata. However, the general public now seems to be waking up to how fun and cool the Miata actually is. They’re cheap to buy, cheap to run, reliable and there’s a ton of easy-to-install aftermarket parts for them. Donut Media is customizing one right now on their aptly named Money Pit series. 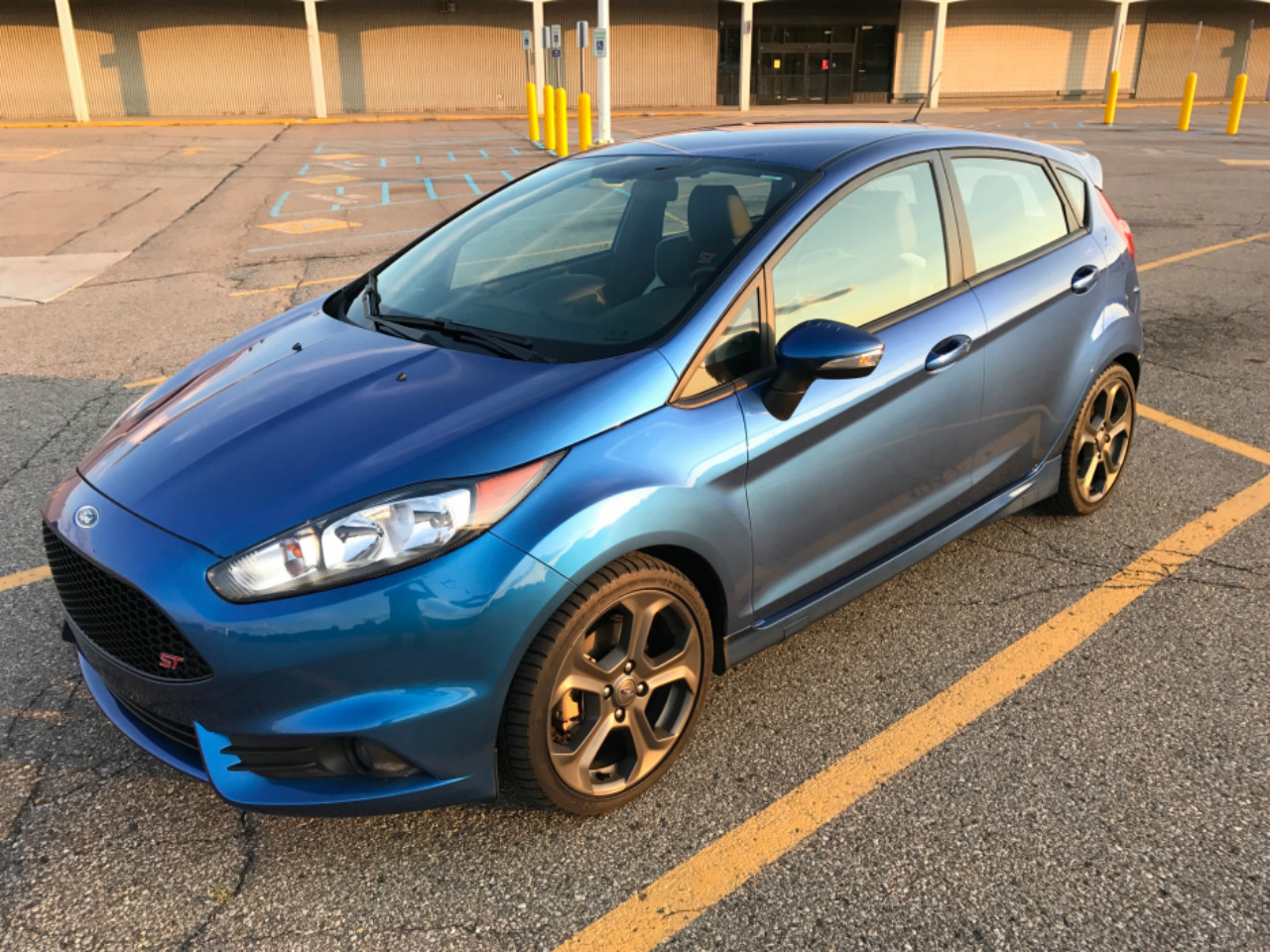 Again, these didn’t exist when I was a teenager, and that makes me very jealous. Used examples are getting insultingly cheap. Like the Miata, they’re also cheap to run, cheap to service and very, very fun. The insurance company may ding you with a crazy premium if they catch on to the ST trim, but you’ll save costs elsewhere. 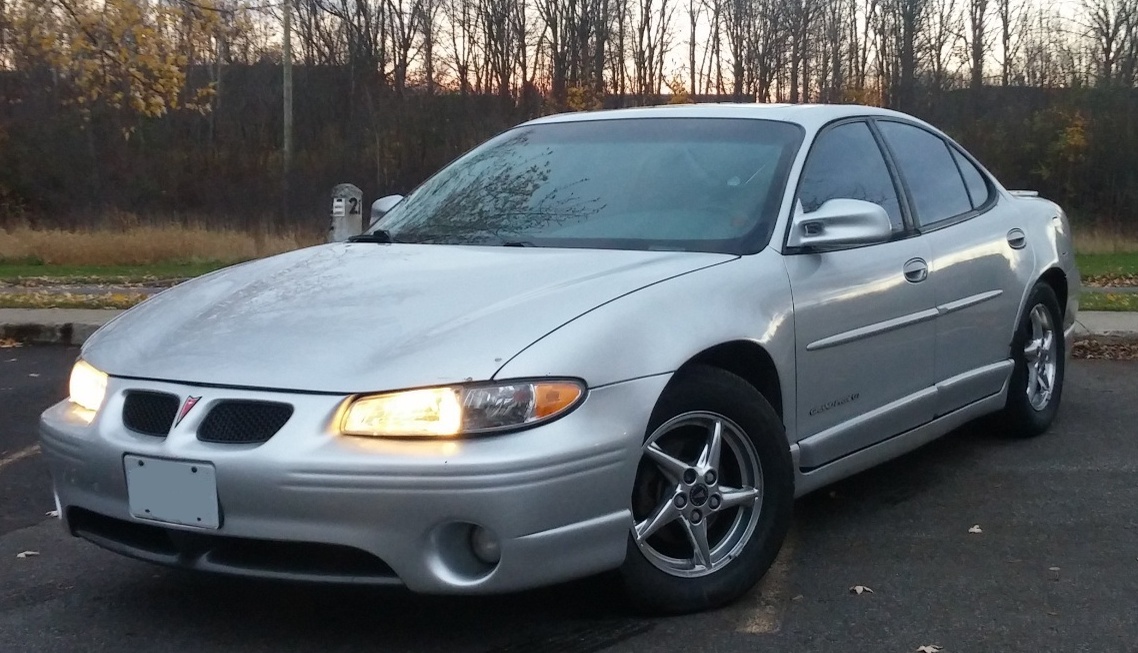 Yes, these are hard to find. Yes, they are hard to find in good condition. Yes, you were only four-years-old when Pontiac went out of business (oh my god, I’m old). BUT, these are unbelievably cheap and the insurance company will care nothing for your 15-year-old American sedan from a defunct brand. All of your Grand National “super sleeper” teenage dreams will come true when you pop the hood on this unassuming dad-mobile to find a supercharged 3.8-litre V6.  I bought one after that ‘97 Mustang and never regretted it. 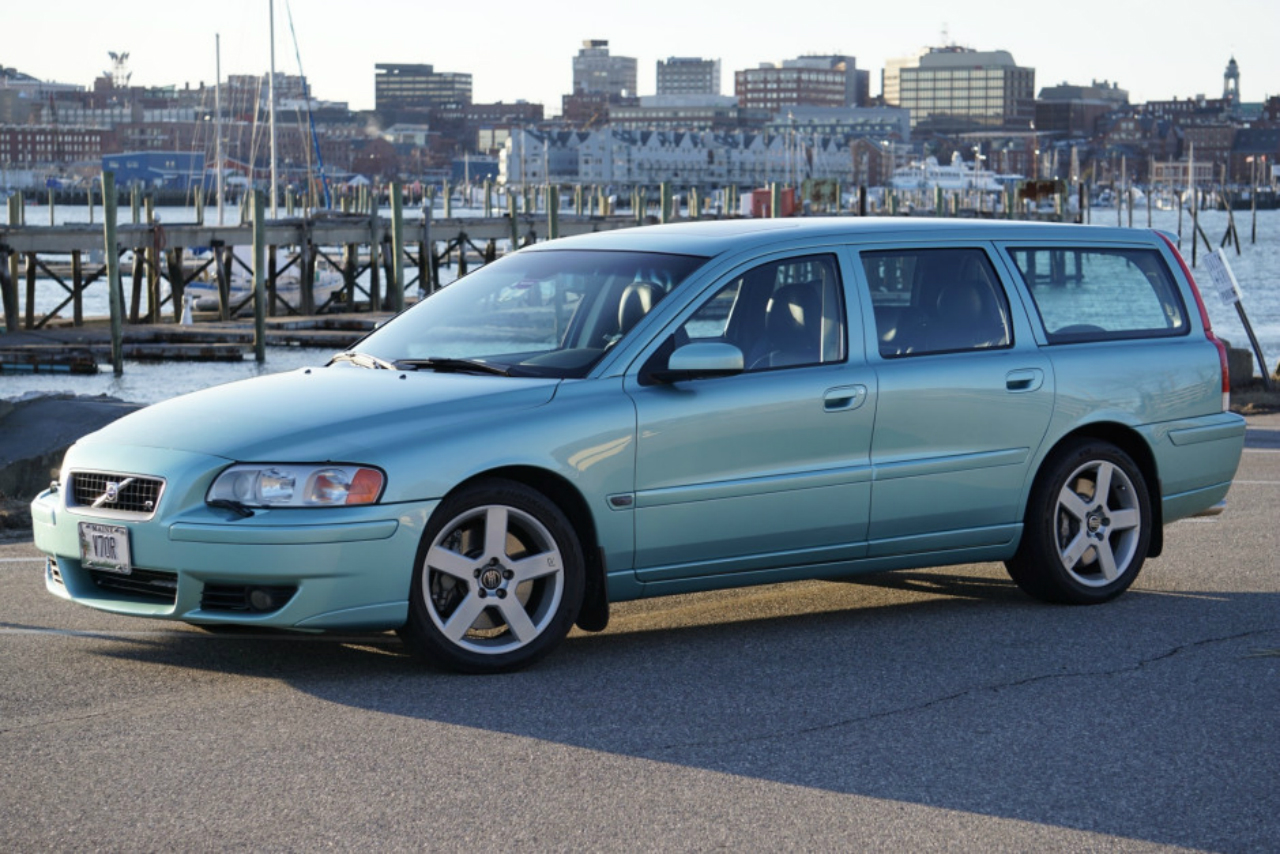 Speaking of sleepers, your parents will be thrilled when you tell them that you’re buying a sensible and safe Volvo. They’ll never suspect the five-cylinder, 300 horsepower motor lurking under the hood. Both the V70 and S60 offer effortless, European style levels of cool, but the V70 wagon will make you everybody’s best friend. 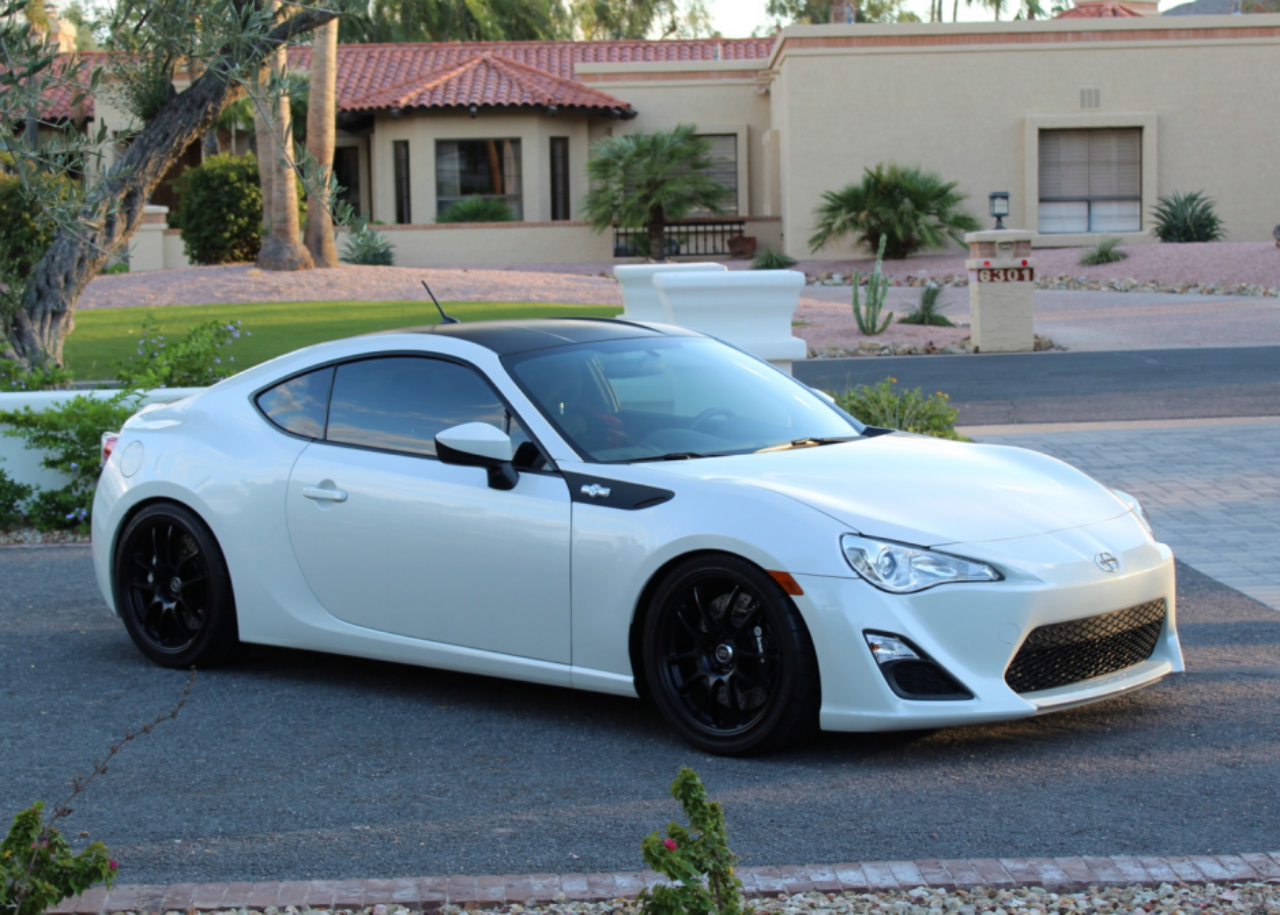 It had to be included. But I have to admit, it breaks a lot of the rules of a first car. The insurance company will loathe you. Bad weather will make you go sideways. Snow tires will be a must. But good god is the Scion FR-S getting cheap to buy. They’re also relatively cheap to run and have a mountain of aftermarket parts to keep you entertained and most importantly, they’re fun. For moms and dads out there, these cars are infamously underpowered, so don’t worry about your kid getting themselves into some crazy fast hot-rod.

Yup, we’re officially breaking all the rules. But, it should be said, we’re not repeating my exact mistakes. My ‘97 Mustang was a live rear-axle gas guzzler with no stability or traction control, fitted with aggressive performance tires. I also hauled it out of a junkyard. The 4-cylinder Ecoboost Mustangs are still relatively new, they get sensible gas mileage and they have independent rear suspension and driver aids to help keep you out of your neighbour’s snowbank.

(The older 3.7 V6 models are currently trading even cheaper than the 2.4 four-cylinder models and deliver basically the same experience and aesthetics.)

They also make over 300 horsepower, which, in my day, was a power figure reserved for brand new Mustang GTs. This was the Mustang I wish existed when I was a teenager. It has everything you want in a Mustang with none of the compromises. Plus, it has a turbo four-cylinder under the hood, which is arguably cooler than a V8 in today’s day and age. 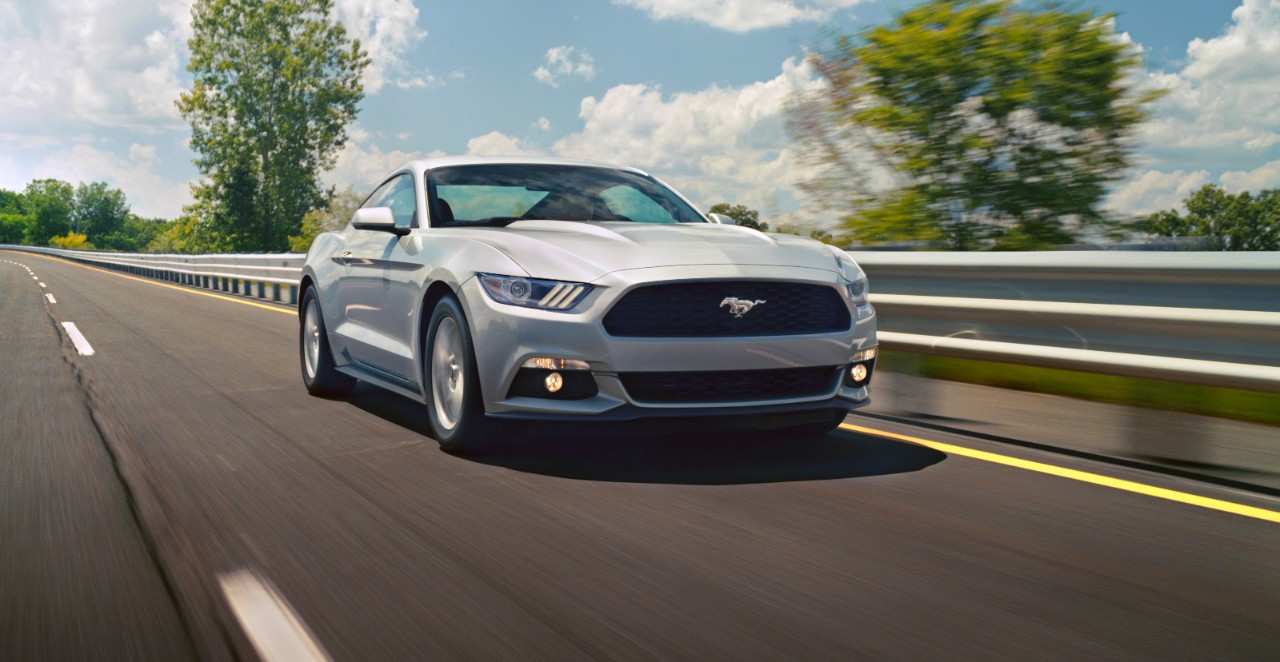 Moms and Dads; the EcoBoost Mustang is fun, safe, fuel efficient and most important to your teenager, cool.  Yes it has some power, but it also has plenty of safeguards to prevent the car from being more than your kid can handle.

If I could pick any first-car as a teenager, this would be it. Because yes, you need some sensibility in a first car. But your first car should also be something special, something memorable, something that makes the months and years of anticipating your license totally worth it. And there may be no better badge to do that than a Mustang.