10 Unreliable Automotive Buys of the 2010s

The good news is there are more reliable cars and trucks on the market than there are bad ones.

A lemon makes a nice garnish, but not when it’s parked in your driveway.

Troublesome cars and trucks are about as welcome as a root canal, yet some buyers can still find themselves saddled with a bad vehicle, especially if they buy used.

On the bright side the industry may have turned the corner over the past decade. The annual J.D. Power Vehicle Dependability Study in 2018 revealed overall vehicle reliability had improved for the first time since 2013.

The good news is there are more reliable cars and trucks on the market than there are bad ones, but the lousy models seem to sell in large quantities just the same. Sussing them out isn’t always easy.

After hunting down the 10 best used-vehicle buys of the past decade, here’s a look at the least dependable models of the 2010s. We’ve pored over vehicle owners’ experiences documented on consumer websites to locate the 10 most unreliable lemons of the decade.

While it’s marketed as an American sport utility, the Renegade subcompact crossover is actually a Fiat wearing Jeep branding and styling cues, including some “Easter egg” surprises that delight customers. Here’s another: The Renegade is assembled in Italy and not in Jeep’s Toledo, Ohio, manufacturing plant. The littlest Jeep is almost mechanically identical to the Fiat 500X crossover hatchback. 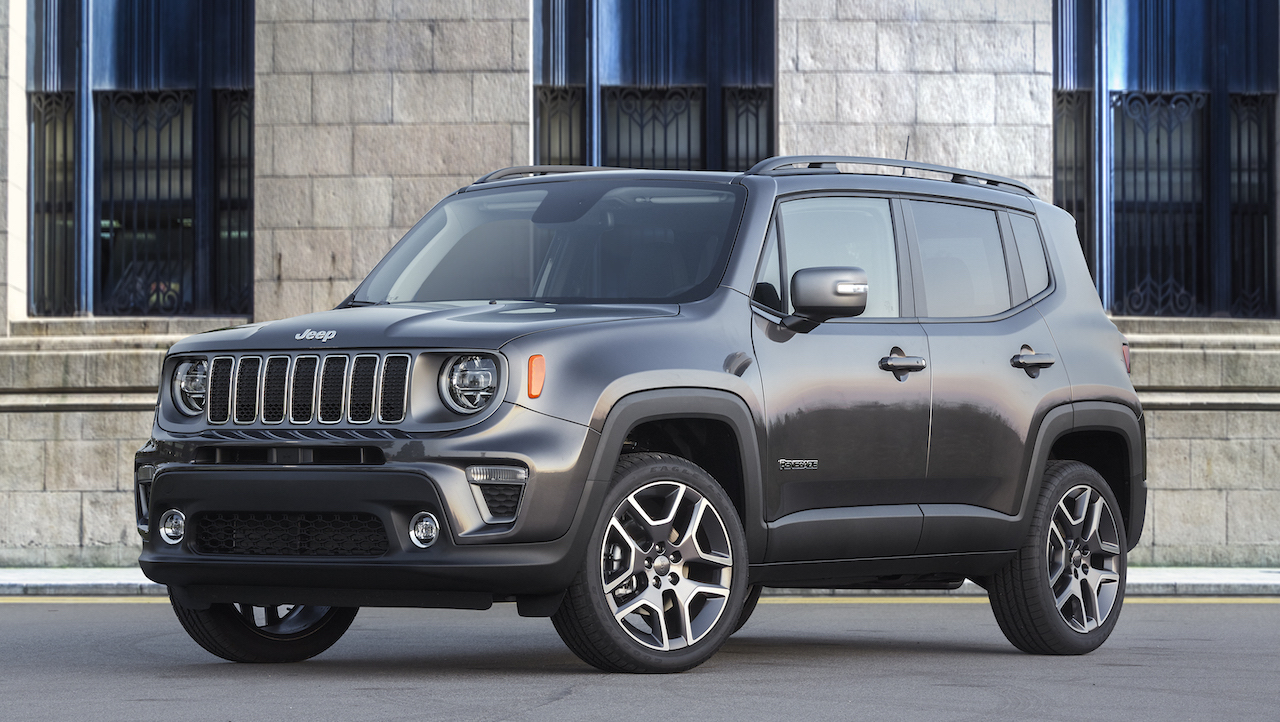 The Renegade uses the same ZF nine-speed automatic transmission that causes jerky shifting, stuck gears, front-axle vibration, surging, stalling, and transmission-warning lights reported in other models that feature it. The transmission problems may have diminished after the 2016 model year, but other powertrain issues persist.

The Fiat-supplied four-cylinder engines can spontaneously lose power on the highway – especially unsettling for young drivers who are the key demographic – leaky fuel fittings can start a fire, and there are numerous electrical faults affecting everything from starting to non-functioning accessories. The cooling fan may fail, which can cause the engine to overheat and warp the head gasket. These engines are notorious for consuming oil, which can lead to engine failure.

When the redesigned Ford Focus was launched in 2011, the European-engineered compact was universally lauded for its bold styling and great driving dynamics. Available both as a four-door sedan and five-door hatchback, the Focus initially won over skeptics who didn’t believe Detroit could build a world-class small car. But the cheering ended when buyers brought them home. 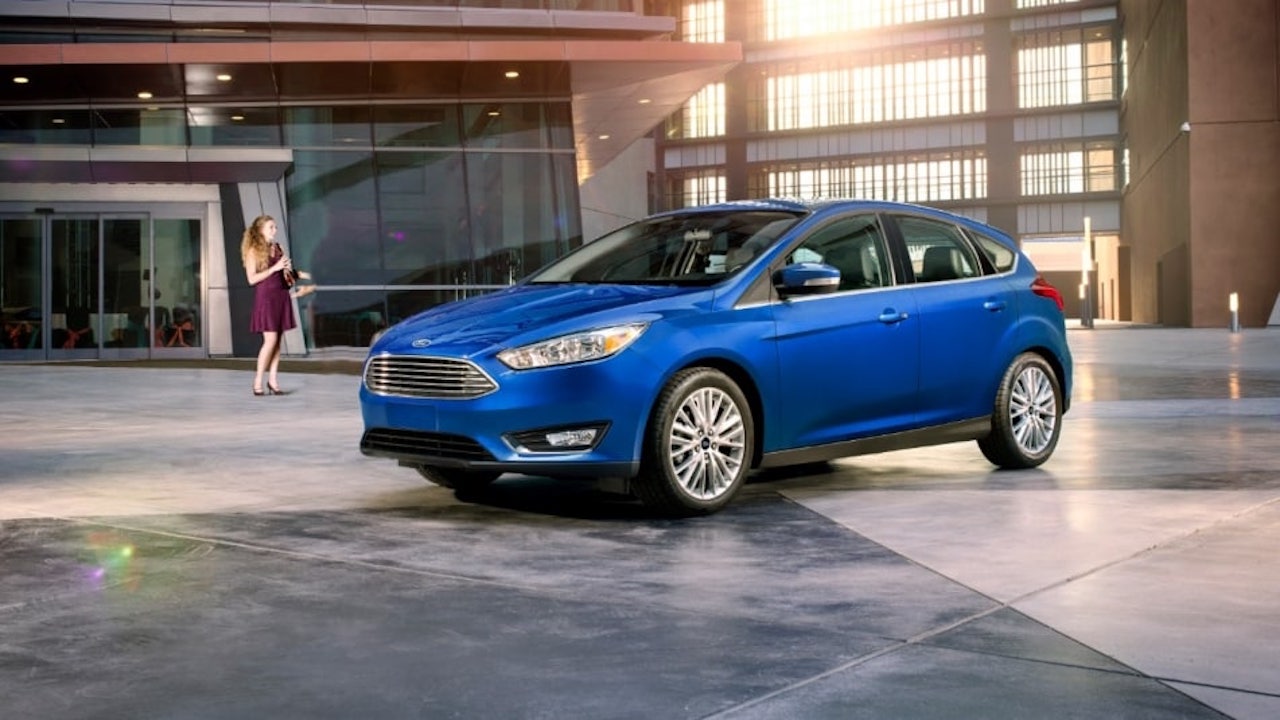 The direct-injected 2.0-L four-cylinder engine churned out 160 hp working through a five-speed manual transmission or six-speed sequential gearbox that emulated an automatic. Developed by Getrag and Ford, the automated six-speed relies on dry clutches and electric solenoid actuation to provide quicker shifts and avoid the hydraulic losses associated with torque converters.

If you can work a stick, the Focus is a rewarding drive. But with the vast majority of North Americans requiring an automatic, the dual-clutch transmission frustrated many with its jerky shifts, slippage and outright mechanical failure. Fixes have included numerous software upgrades, new clutches, computer swaps and complete replacements. Ford stubbornly stuck with the problematic transmission through the decade, hastening the demise of the Focus in North America.

Redesigned to compete with the best-selling Toyota Camry and Honda Accord, the fifth-generation Altima for 2013 sported Nissan’s “Coke-bottle” profile that many buyers found appealing. But it was also a vessel for Jatco, Nissan’s transmission subsidiary. Its mission is to populate the world with continuously variable automatic transmissions (CVTs), which rely on metallic belts to provide a near-infinite number of gear ratios – an effective way to meet fuel economy targets. 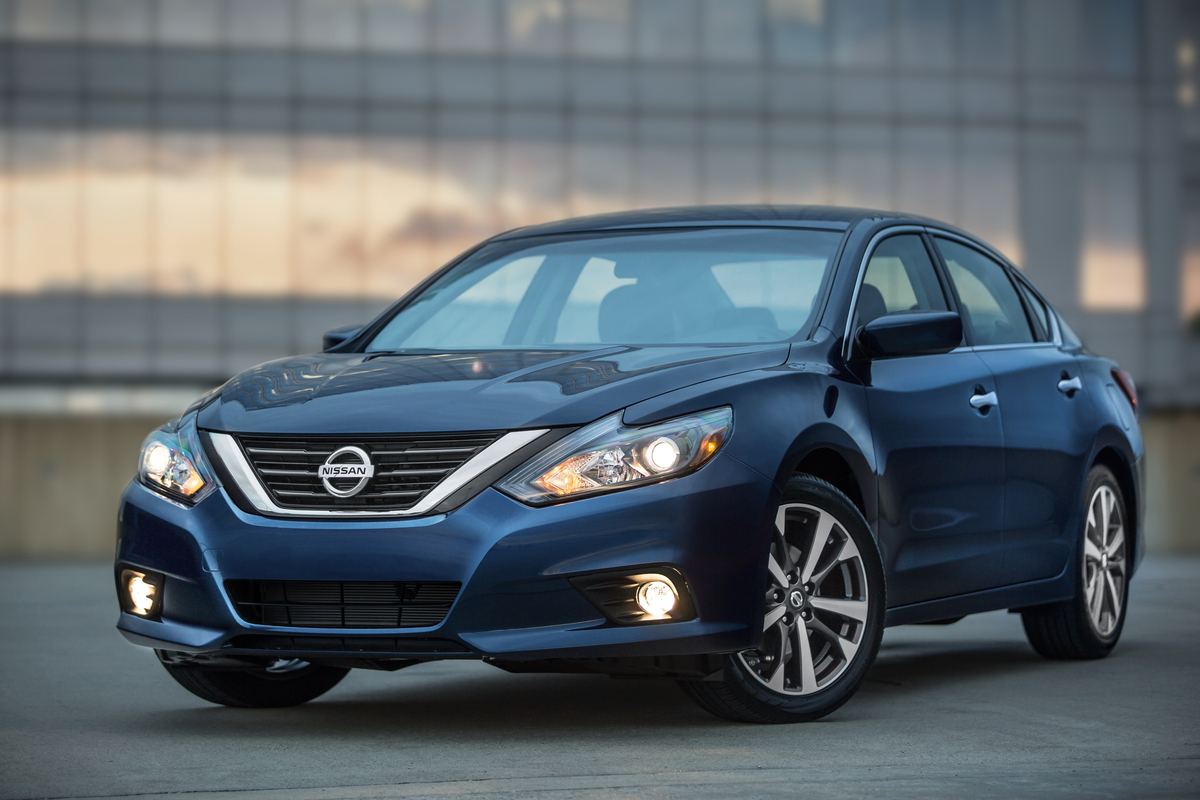 Trouble is, some CVTs are not as durable as conventional gear-driven automatics. For the 2013 and newer Altima, the Xtronic CVT was re-engineered to cut friction and boost fuel efficiency – which apparently sacrificed durability in the process. Owners report the transmission shudders, shakes and can die at low speeds or when put into Park.

Some owners have replaced their transmission more than once, indicating an endemic problem with its componentry. Replacement transmissions cost more than $4,000 apiece after the warranty expires. Add to that spontaneously cracking windshields, wandering steering at highway speeds and a tendency for the car to disable the passenger-side airbags (despite the seat being occupied) and it all adds up to one unhappy buy.

The iconic Jeep Wrangler adopted Chrysler’s 3.6-L “Pentastar” V6 for 2012, complete with 285 horsepower that transformed the previously wheezy Jeep warhorse with its old 3.8-L pushrod V6. Also new was a five-speed automatic transmission in place of the ancient four-speed slushbox (a six-speed manual gearbox remained available). While the heart transplant was welcome, the newfound mechanical issues were not. 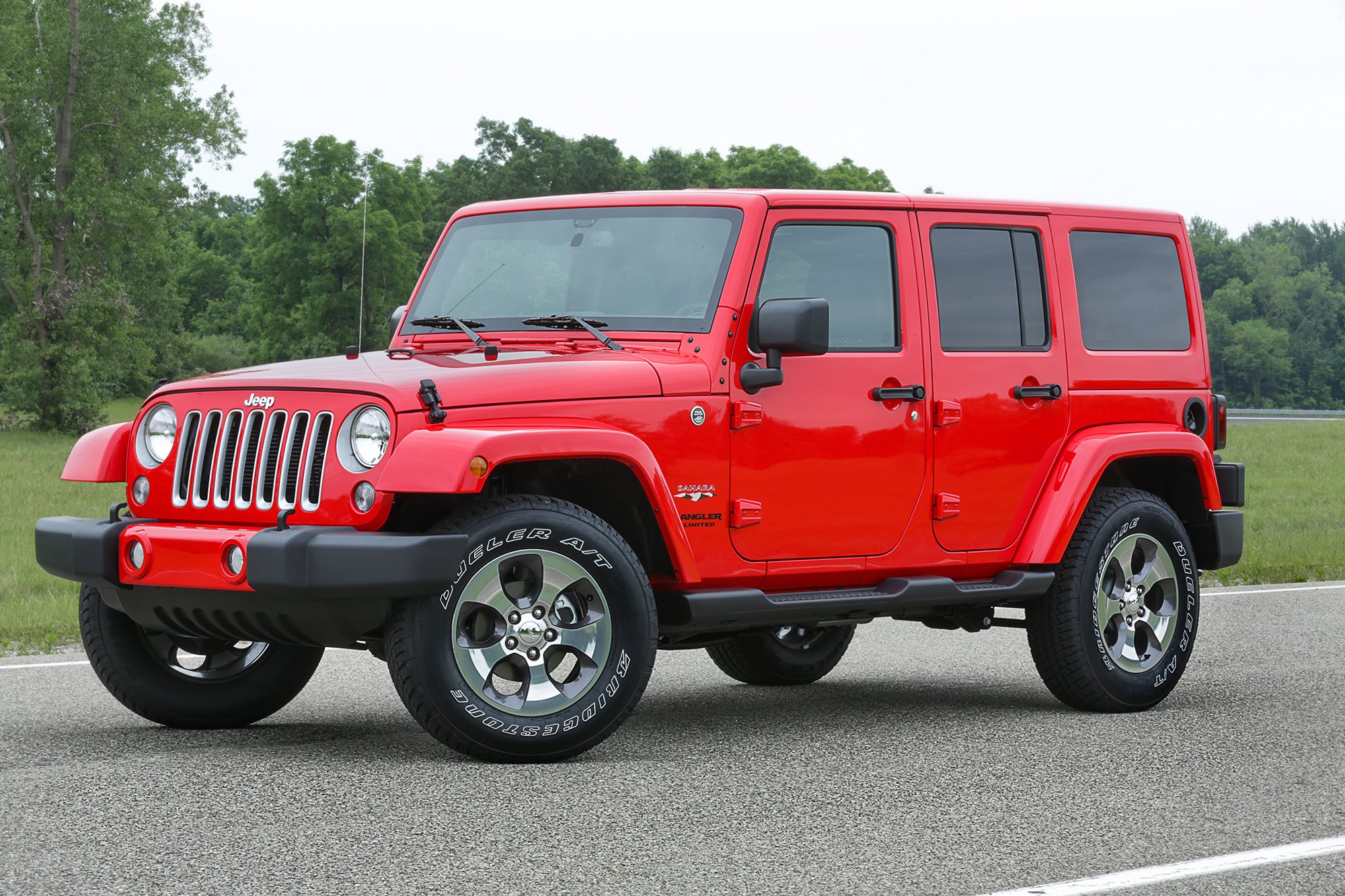 Owners report the Pentastar V6 can develop a faulty left cylinder head, clogged radiators and heater cores, and a cracked oil filter housing that can leak badly. Mysterious electrical faults related to the totally integrated power module (TIPM) run the gamut from no-start conditions to running fuel pumps while parked, and scary engine stalling while driving at highway speeds. TIPM issues have haunted lots of other Fiat Chrysler products, too.

After addressing suspension problems in the previous JK-generation Wrangler, the internet is rife with complaints about the newest JL-generation Wrangler’s unstable “death wobble” suspension, wandering steering, clunky transmission, faulty touchscreens, starting issues, bad welds and other assembly issues. Despite the headaches, the Wrangler continues to find lots of willing customers.

Diesel engines are reputed to last forever, but there are repair and maintenance issues that should give buyers pause before acquiring a second-hand Volkswagen Jetta, Golf or Beetle turbodiesel model wearing the TDI badge. Thanks to Dieselgate, which saw Volkswagen flout clean-air regulations with hidden software to dial back dirty exhaust during emissions testing, VW has had to modify its engines to meet the regulations, impacting reliability. 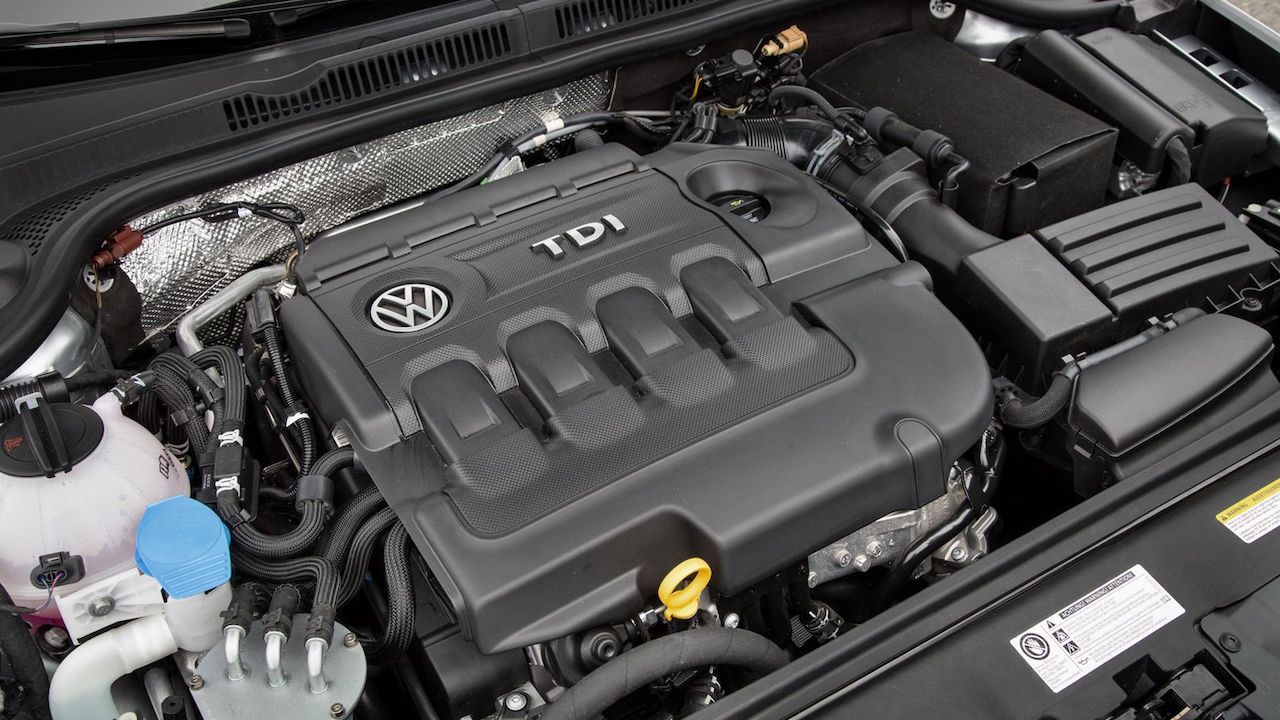 To up its game, Hyundai’s 2011 Sonata sedan was striking, delighting buyers with its swoopy coupe-like profile that enveloped a full-size cabin. The base engine was a direct-injection 2.4-L four cylinder that made 198 hp. It had to be strong because Hyundai had nixed the V6 option. Reliability was initially good – until drivers racked up high mileage. 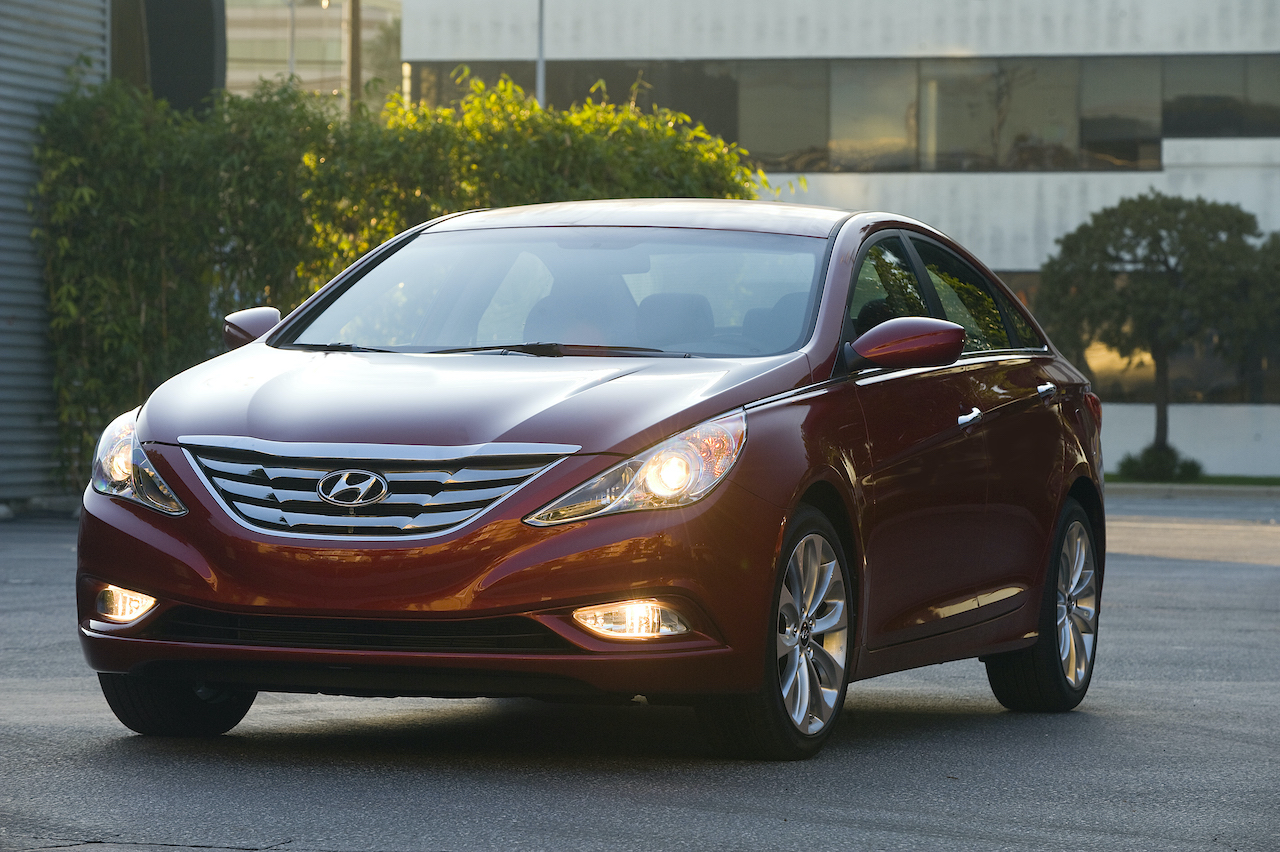 That’s when owners started reporting oil consumption, engine bearing and piston ringland failures and connecting-rod knock, leading to complete engine demolition. Poor metallurgy allowed metallic debris to restrict oil flow to connecting rod bearings, causing them to wear and fail. To its credit, Hyundai has recalled the engines for replacement. As part of the recall, Hyundai boosted the warranty for the engine short block to 10 years/200,000 km on affected cars.

Owners are also reporting a persistent clicking or clunk noise and vibration coming from the steering wheel, which has been traced to a flexible coupler that can fail in the steering assembly. Reportedly, the steering can feel loose and wobbly, especially when driving over bumps, which has unnerved plenty of Sonata pilots. And the engine problems persist: 2 million 2011 to 2018 Sonatas are recalled for engine software and knock sensor updates.

The Ford Explorer is one of the most talked-about vehicles on Carcomplaints.com and not in a good way. Ever since its wholesale redesign in 2011, owners have griped about suddenly losing power while driving, sometimes on high-speed expressways, as the engine reverts to “limp home” mode and a wrench symbol appears on the display. Ford’s notorious electronic throttle body is being blamed for the frustrating fault. 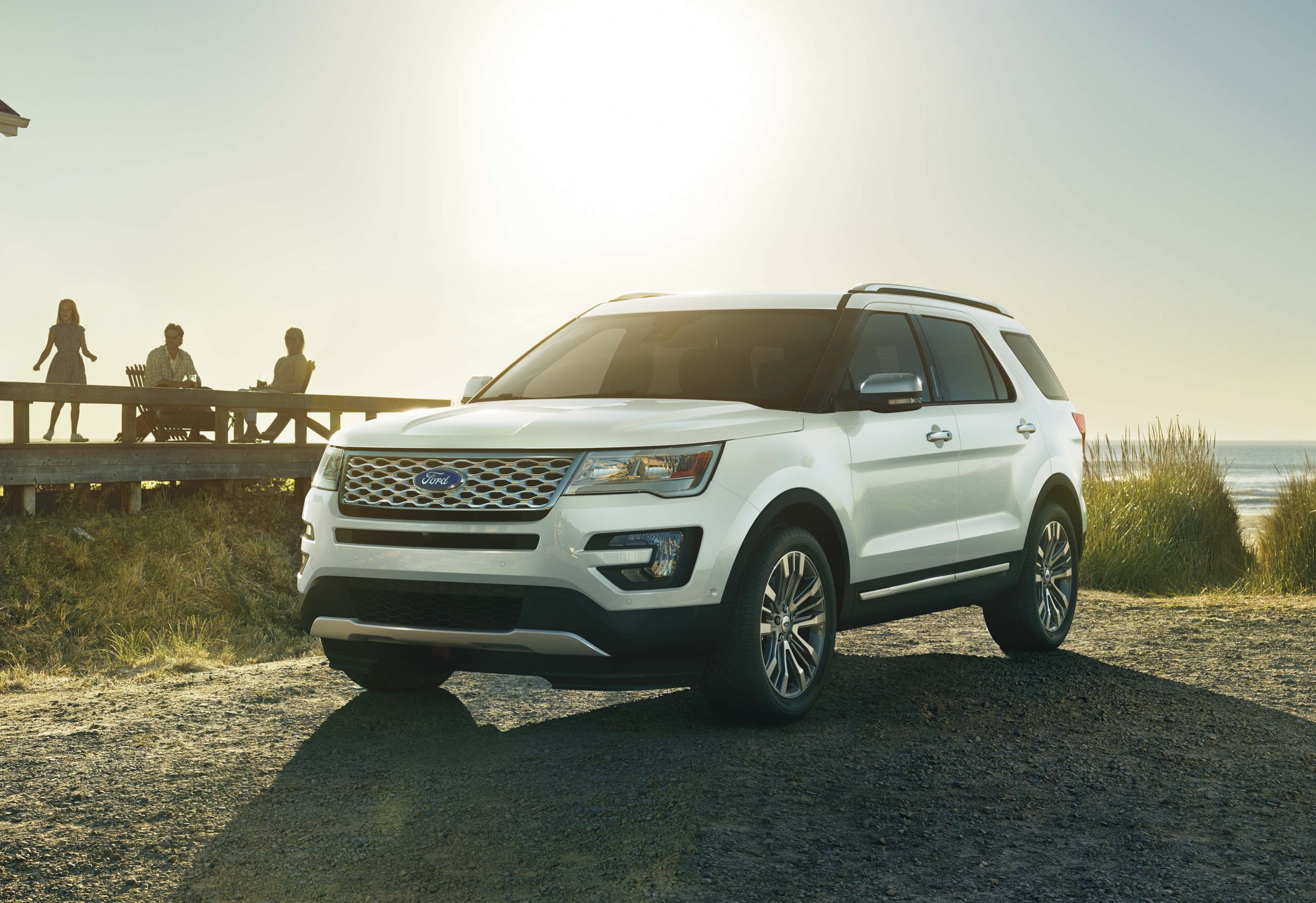 In addition, police forces around North America have documented exhaust fumes inside the cabin of Explorer Interceptor fleet models, and some consumers have similarly reported the intrusion. Cracked exhaust manifolds and poorly sealed bodies are suspected. There is at least one class-action lawsuit that’s moving ahead. Used-vehicle buyers literally don’t need the headaches.

Owners have reported numerous other snafus, including an electric power-steering system that can fail at speed, overheating V6s due to a non-functioning cooling fan, and a transmission that may not lock securely into Park. Electrical issues include malfunctioning reverse cameras and Sync controls, false warnings and malfunctioning sensors. Owners also cited poor assembly and paint quality.

The Honda Odyssey was completely reworked for 2011, gaining a wider and lower stance, as well as a “lightning-bolt” beltline to break up its slab-sided profile. The 3.5-L V6’s variable cylinder management system, which deactivates two or three cylinders during steady-state cruising, turned the Odyssey into a genuine gas-saver. Unfortunately, the well-liked – but expensive – Odyssey has not been immune to mechanical setbacks. 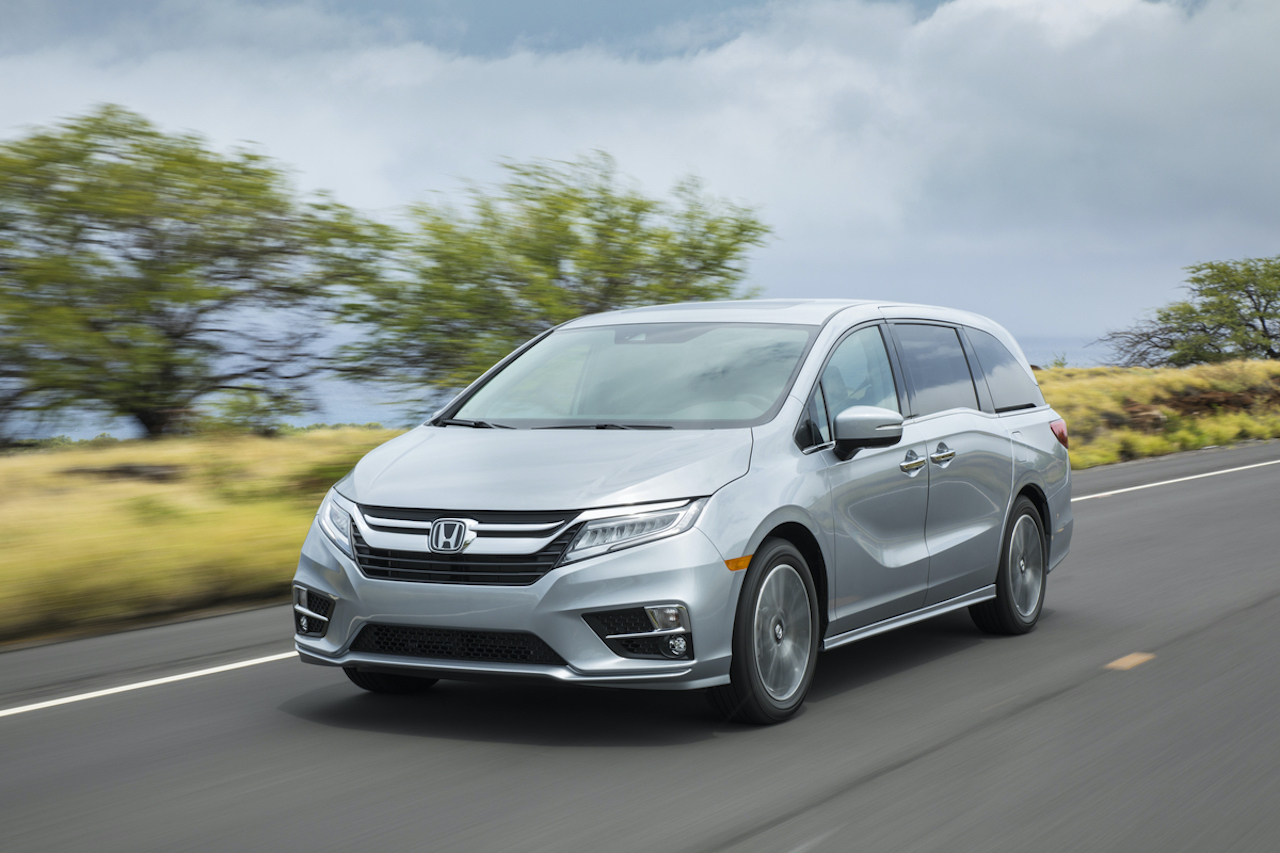 Frequently warped brake rotors tops the list of complaints, followed by significant oil consumption linked to worn piston rings in older models. Drivetrain vibration may be exhibited by the trick V6, and jerky transmissions have frustrated owners. A strong vibration or “judder” may be felt while driving, which may be traced to a defective torque converter lock-up clutch.

The six-speed automatic transmission is clunky and exhibits poor shifting in some cases. Honda dropped this transmission when it redesigned the 2018 Odyssey. Other issues include short-lived batteries and power-steering pumps, as well as fussy power sliding doors. The newest generation has exhibited hiccups with the infotainment system, voice-command system and parking cameras, which sometimes require a hard reboot to work properly. 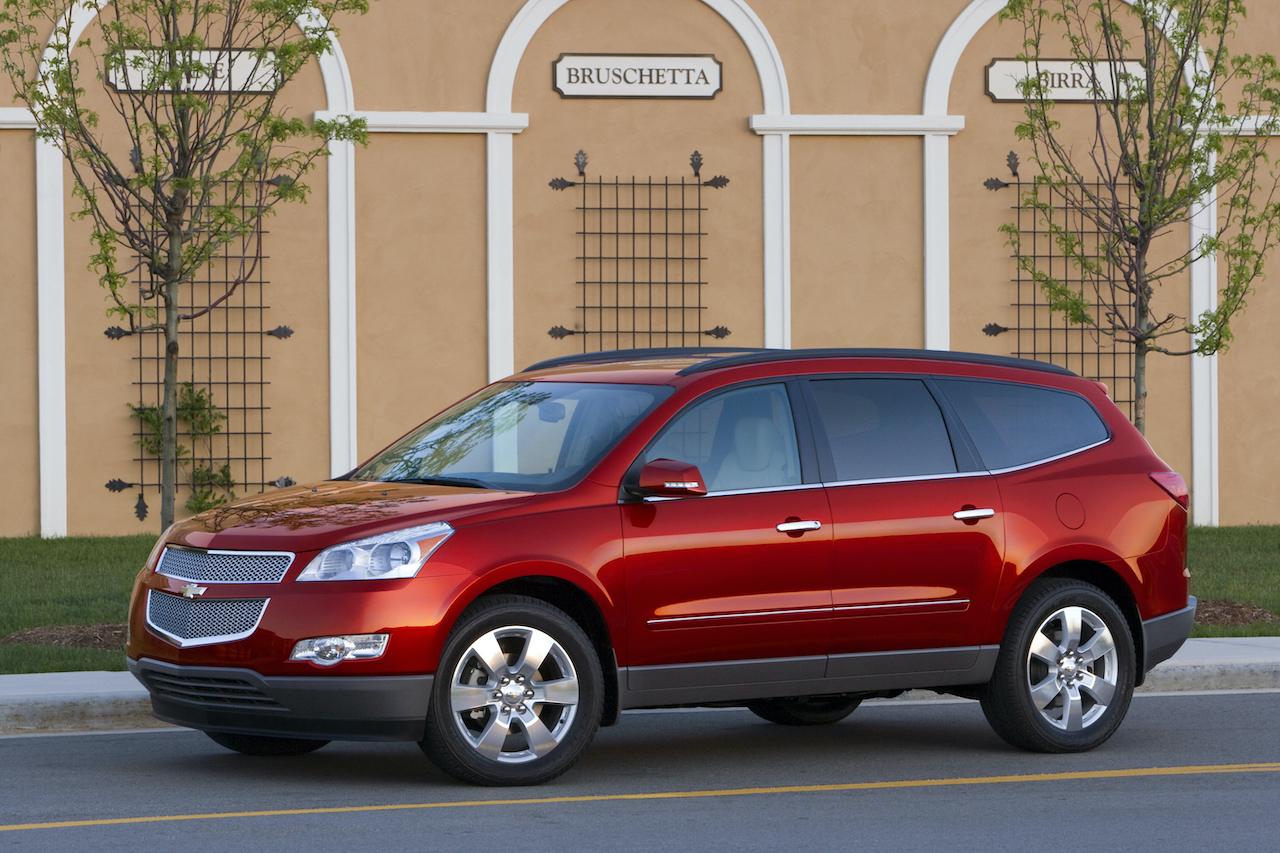 The redesigned 2018 Traverse lost weight and gained power, passenger space and technology, making it one of the best designs in a three-row crossover. However, GM’s new nine-speed transmission has some teething problems, drivers noted, with some autoboxes giving up the ghost soon after leaving the factory. The transmission can exhibit hard shifts and a reluctance to go into Park. The infotainment system is not immune to skipping, freezing and other glitches. Other complaints describe electric power-steering failures and fit and finish issues.

Fiat Chrysler resurrected the Cherokee nameplate for 2014 and attached it to the front-drive platform that underpinned the short-lived Dodge Dart sedan, which itself was derived from the European-market Alfa Romeo Giulietta. The Cherokee looks futuristic and offers an especially roomy cabin for a compact crossover in its price range, but it’s the hardware underneath that gave owners pause. 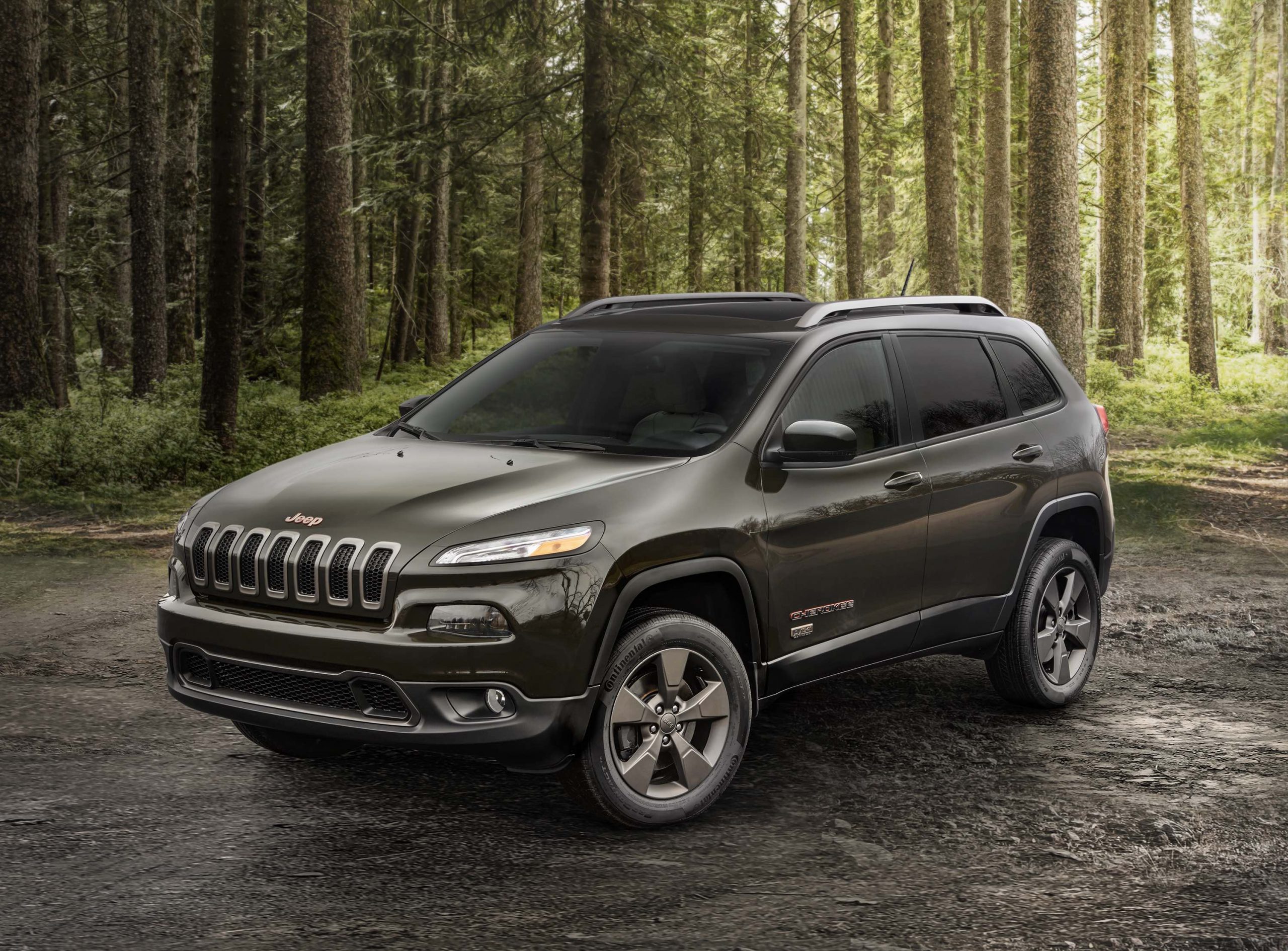 The base 2.4-liter four-cylinder Fiat engine is reputed to stall suddenly (the optional 3.2-L V6 derived from Chrysler’s Pentastar works better) and is prone to consuming plenty of oil.

More significantly, it’s the nine-speed automatic transmission that has frustrated Cherokee owners with its rough shifting and utterly unreliable service. Unfortunately, the German-designed autobox prompted a tsunami of complaints about its shift quality and reliability when it was introduced six years ago.

Fast forward to today and owners’ criticisms of the refreshed Cherokee have spiked again. The 2019 models are racking up engine complaints for suddenly shutting down at speed. The unsettling problem may be related to the notorious automatic transmission, which continues to exhibit hard shifts and jerky operation. A defective wiring harness may be responsible for the sudden shutdowns and unexpected shifting into neutral.