10 of the Coolest Vehicles from Pandemic Themed Movies

The hard part was not taking the easy way out and filling the list with zombie movies.

Movies about pandemics always promised a world with cool cars, designed for driving around in a world of turmoil and panic. And while we’re definitely thankful that our current pandemic has been much less eventful than Hollywood has lead us to expect, deep down we’re a little bit disappointed that we didn’t get any of those cool post-apocalyptic rides. So we’ve found some of the coolest cars and trucks from movies about pandemics and stopping pandemics. The hard part was not taking the easy way out and filling the list with zombie movies.

Hey, we said the list wouldn’t be all zed-word movies, but we’d be remiss in not having at least a few great ones. After Nick Frost’s Ed somehow smashes the pair’s original Renault Mégane, they’re forced to take Shaun’s (Simon Pegg) step-father Phillip’s Jaguar to rescue Shaun’s mum and head back to the pub. One of about half a dozen names used by this car during its run, the Sovereign V12 gets a 295 hp double-six engine and more class than you can fit in the boot. Time to head down to the Winchester for a socially-distanced, contactless, take-home pint and wait for the all-clear to go out again. 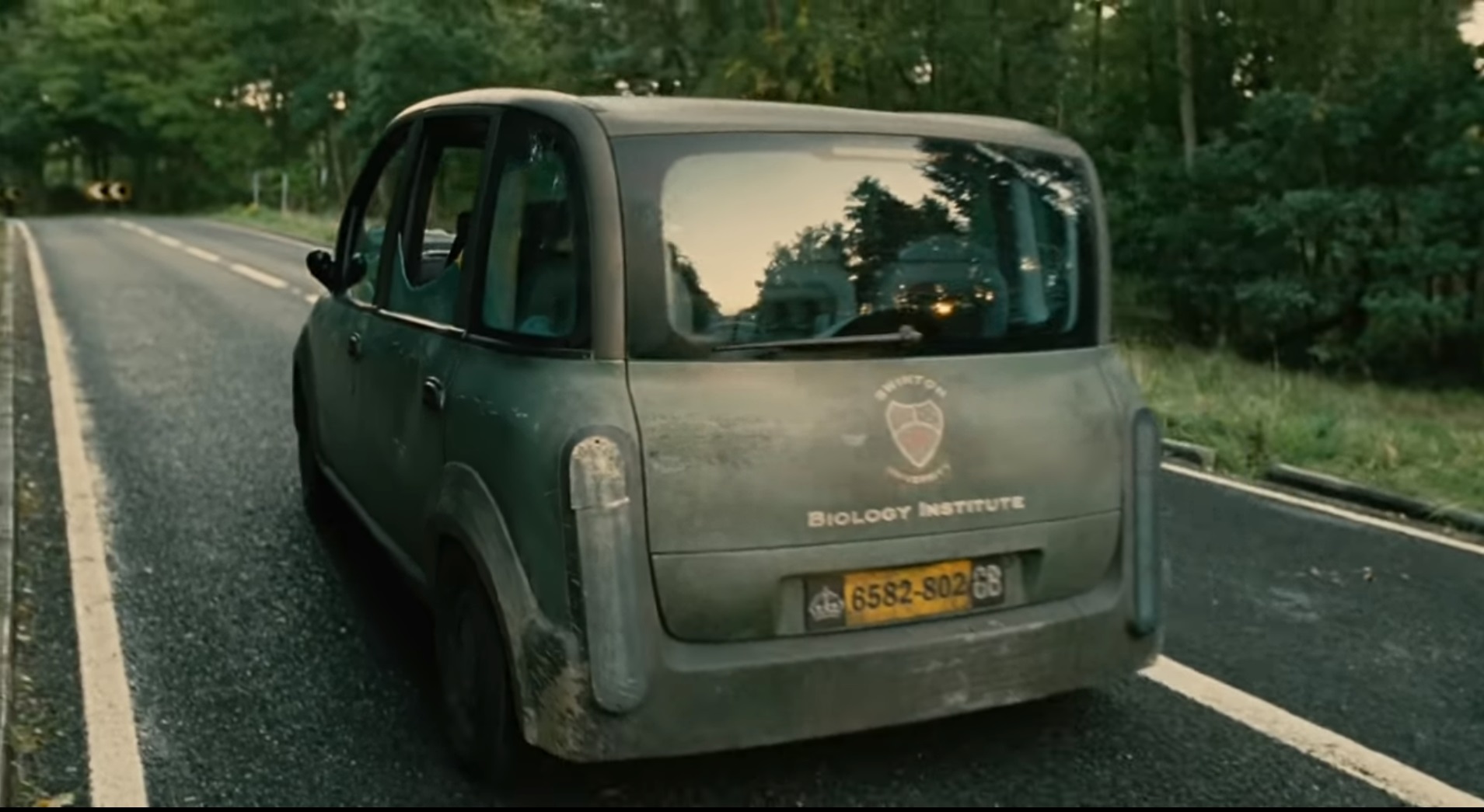 In a near-future where humanity has suffered a pandemic of infertility for two decades, Clive Owen needs to save the only pregnant woman in the world. Fiat’s Multipla, finished in a suitably apocalyptic shade of dark paint blends in perfectly, especially to a North American viewer who isn’t already familiar with this oddball of an MPV with two different noses. The massively tall greenhouse even helps add to the suspense of the brief car chase, as it makes the passengers all the more exposed to the threats outside.

Hunting deer in New York’s Central Park is a very cool start to a movie, but it’s made even better by the whine of the supercharged 5.4L V8 that Will Smith is winding out in a deserted Manhattan. With his trusty canine companion by his side, this (often horrible CGI) Mustang screams around the concrete and glass canyons of the city. Then we get to watch him do science to try and find a cure for the pandemic that’s killed 90 percent of the population and turned much of the rest into vampires.

This Continental is the car that inspired this list, because it is so absurd and absurdly out of place in the film. A virus has infected Scotland, leading the British Government to rebuild Hadrian’s Wall to help keep it contained from the rest of the world. Eden Sinclair (Rhona Mitra) has to cross the wall to find survivors and a cure. Blah, blah, blah. What matters is that on the way she finds a Bentley Continental GT that just happens to have been left in an underground facility that they’ve fought medieval knights to get to. The Conti comes in handy for an excellent Mad-Max style car chase, the highlight of which is when it drives through the broad side of a reinforced bus without suffering so much as a scratch in the paint.

The classicly tough and wood-panelled Jeep Grand Wagoneer pops up in a host of these movies. It’s almost as much of a staple as the government-driven Humvee or Suburban, but far, far cooler. You’ll find one of these vintage Jeeps in The Happening (you remember, the one where the virus is pollen and the antagonist is the wind), at least two of the Resident Evil franchise, and Rise of the Planet of the Apes, just as a start. In each one looking ready to drive for 100 years without so much as a splinter from the fake wood.

These days we’d probably all like nothing more than to be able to go to the mall, but in 2004’s Dawn of the Dead remake, the cast is trapped inside a mall, looking to survive a virus. The two shuttle vans of the Crossroads Mall are not just cool survival rides, they get a sweet build montage to go with. While the back of an Econoline shuttle isn’t somewhere you’d normally want to spend any more time than necessary, these ones get outfitted with razor wire, metal reinforcements, and snowplow blades…with teeth. 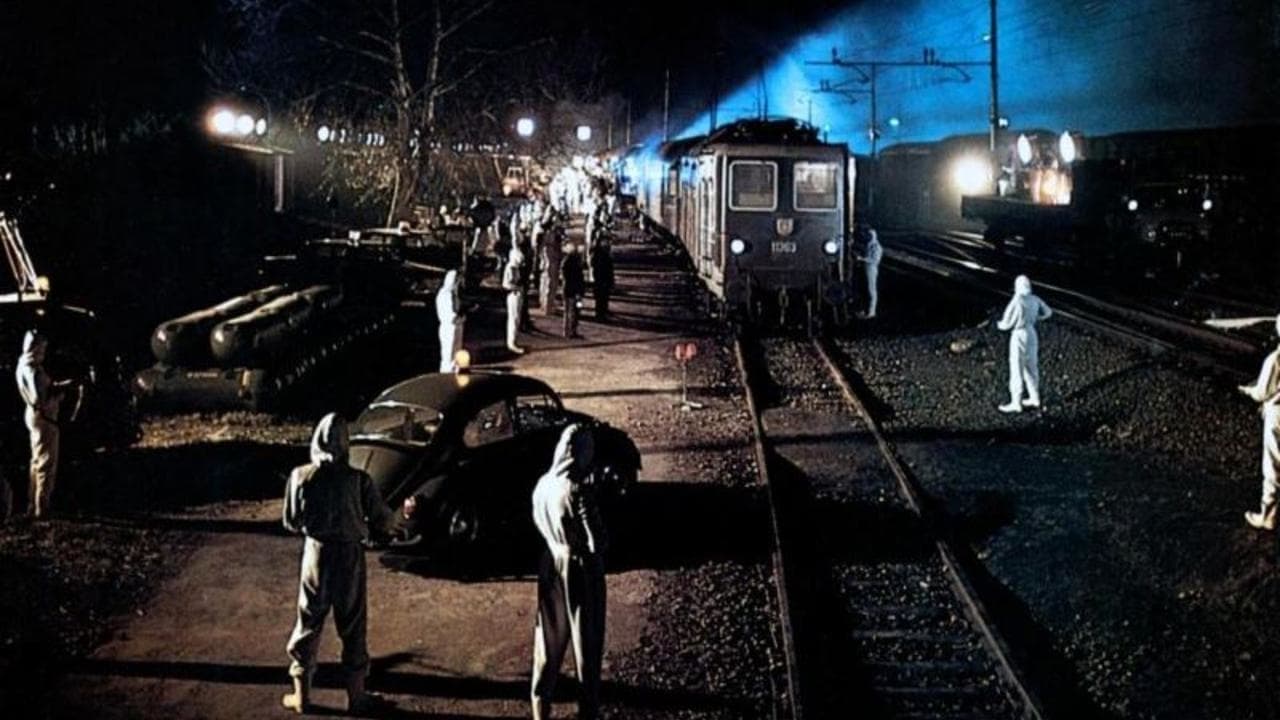 There aren’t enough movies about trains, but whenever there is one, it’s always high stakes. The Cassandra Crossing has a cast of big names including Sophia Loren, Burt Lancaster, Martin Sheen, and OJ Simpson, but it also has a terrorist infected with a plague on a train. If that’s not enough for you, the train is headed toward a bridge that’s been out of service for decades and is in danger of collapsing. The government doesn’t mind if the train crashes, those on board definitely do.

Look, we have absolutely no idea what is going on in the Maze Runner franchise. The first one doesn’t even have any cars in it, really. But the third movie sees the last three who are immune to the virus out to wreak havoc and destruction on the evil overlords controlling the whole thing (no, seriously, the company is even called WCKD. Subtle). There’s a great train chase at the start of the film that sees a Toyota pickup and a Jeep Cherokee trying to attack the train for…reasons. It’s the XJ that’s the star here, with the whole back of the cab chopped off for cargo space and a net and a roll cage to keep things from flying out (even though there are no doors) and a roof that’s so damaged it looks like fabric instead of metal. The XJ meets an untimely death, but, then again, can these Cherokees really die? 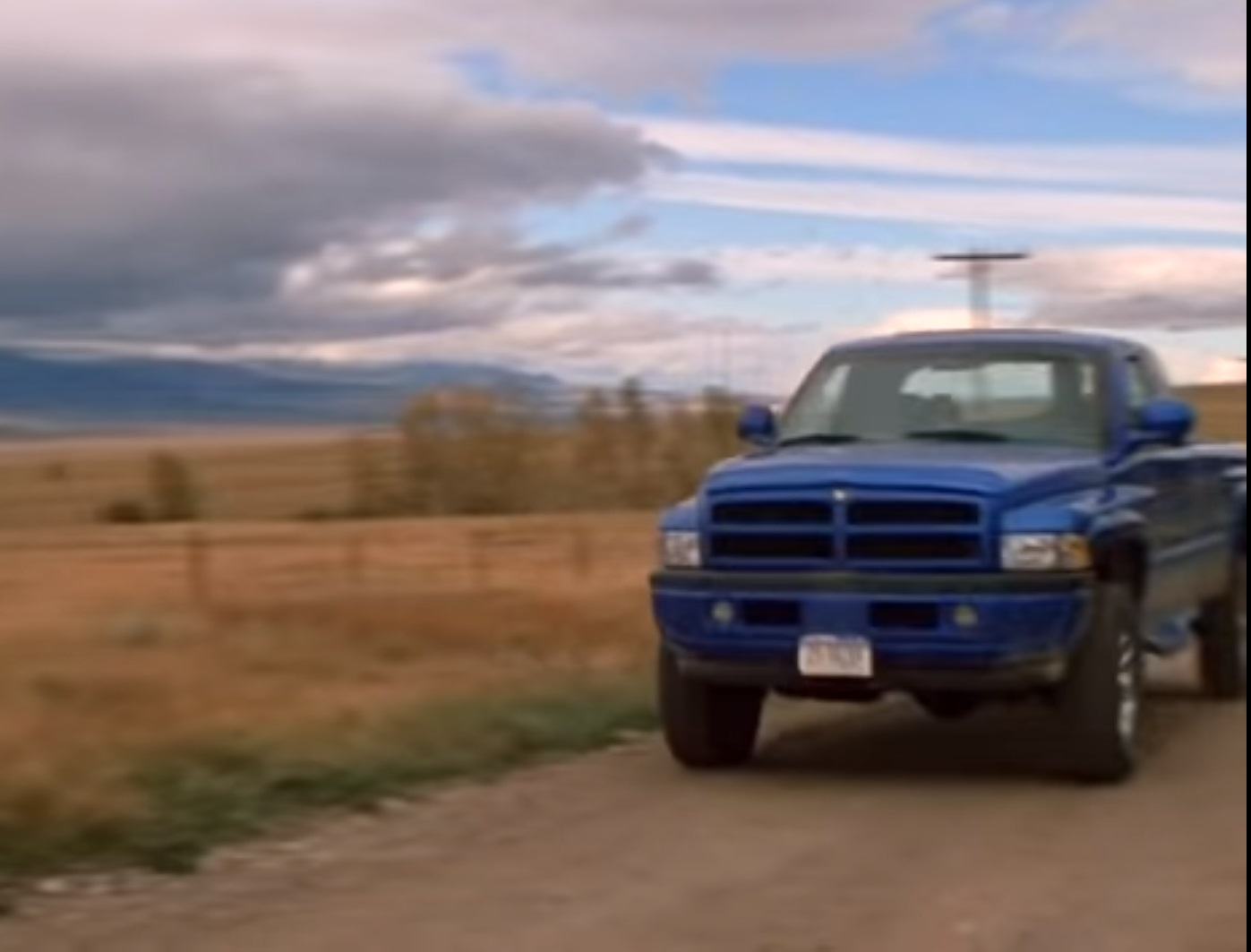 This one’s more of a callback to the strange days of the late 1990s, when Ram would sell you a 3500-series truck, even a dually, badged Sport. We can’t think of a less sporting vehicle in the world than that. What did it give you? Body-colour trim including the grille, and that’s about it as far as we can tell. Yet somehow it’s exactly right in this Steven Seagal movie, where Seagal is an immunologist (seriously?) who finds a natural herb tea (spoilers) to fight against a deadly virus rampaging through a town, spread by some sort of oddball militia. As a bonus, while driving this rough-riding pickup down a dirt road, Seagal shows off his parenting skills by berating his daughter for a pencil slip caused by the bump and utters the classic line “when you get it wrong, that’s where you take after your mother.” Oh my.

Yes, we’re ending with another Z-word, but that’s because this presidential limo is just so amazing. The stock Beast is amazing enough, an up-armoured limousine with doors thicker than most walls. But this one has a chain gun mounted to the roof, steel bars that probably add nothing to the existing armour, and the most important part: a big #3 painted on the door. This car’s role ends with an entirely unfitting death, one that’s not at all believable since it should be darned near indestructible. But hey, that’s the movies, suspension of disbelief is a requirement.