Dog ownership doesn’t mean you can’t be a gearhead.

This time last year, I found myself doing the unthinkable. I was seriously considering buying a Porsche. Not a brand new one. Not a super desirable one. But maybe a Carerra from the late 90s to early 2000s. Perhaps even a first generation Cayman.

I had never been a fan of Porsches. I had grown up being taught that blue collar heroes drove American muscle cars and white collar snobs with more money than sense bought Porsches and BMWs.

But something about living in downtown Toronto finally changed my mind. I began to see the appeal of a car that made sense in every situation—a car which was as aesthetically comfortable at cars and coffee meets as it was pulling up to a wedding reception.

A Porsche is the black skinny jeans of cars. They’re appropriate for almost every occasion. Unless you have a dog.

Because just as your black skinny jeans are hopelessly impractical for dog ownership (unless you love constantly asking your significant other to help you lint roll your butt… no judgement) so to is a car with a minimal to non-existent back seat that you really don’t want to get dirty inside or out.

This year, I gave into another Toronto trend and adopted a dog. And while I love my new bestest friend in the whole world (she’s a good girl, yes she is, yes she is) my aspirations of Porsche ownership have more or less been squashed.

But I’m still a gearhead. Which means I refuse to let my new found curse of having to love and care for something other than myself force me to buy a minivan. Thus, here are some reasonable options I’m considering as both a dog owner and a gearhead. 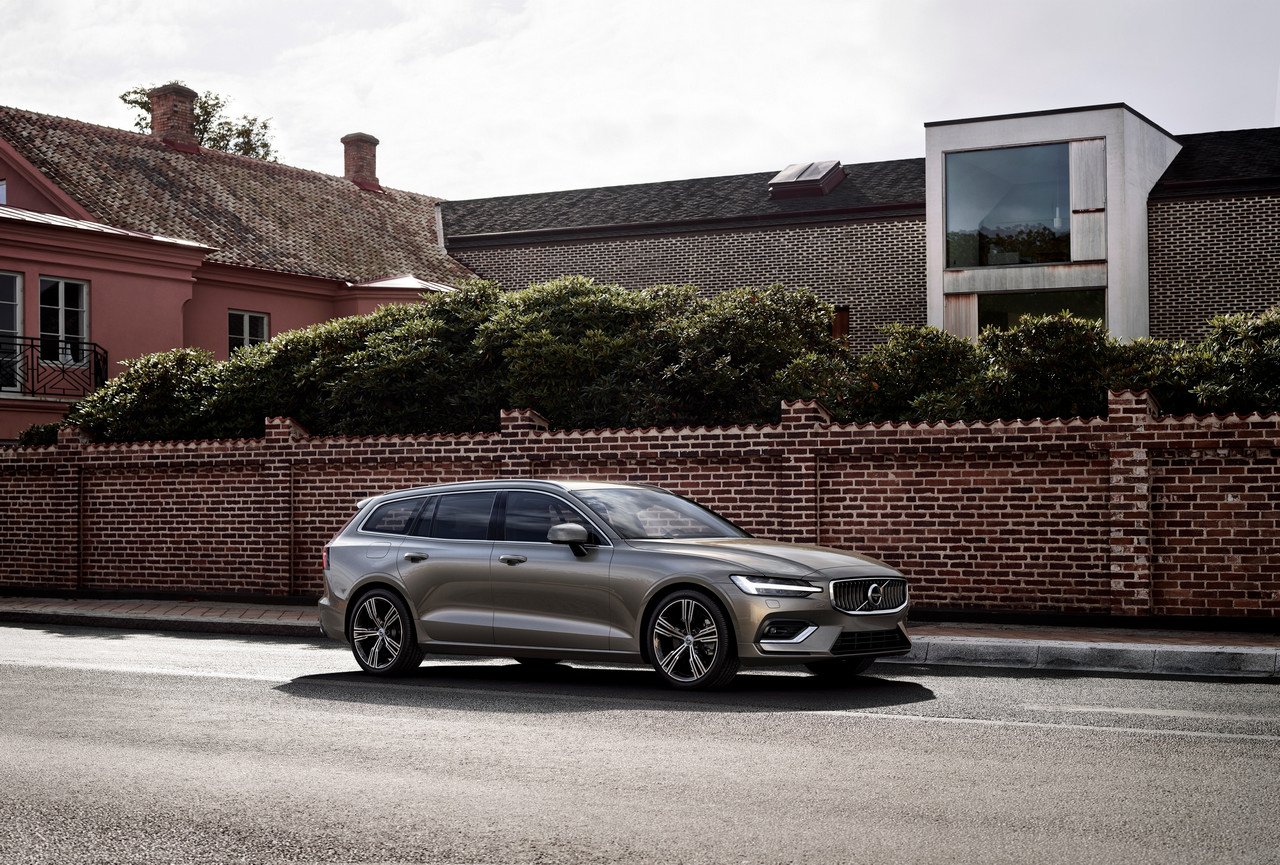 Maybe it’s because my wardrobe consists of thick, black rim glasses, tennis polos and white sneakers, and I sling irony like a zit-faced teen slings burgers, but I love a Volvo wagon (just remember dear reader, accusing someone of being a hipster is the most hipster thing you can possibly do).

With their buff, but understated styling, clean, streamlined interior and quiet, yet powerful 2.0L engine (featuring anywhere from 250 to a very respectable 316 horsepower) modern V60s really do have the same kind of “man for all seasons” appeal of a Porsche Carerra or Cayman. Except they’ve also got a big fat hatch in the back to easily get your pooche into. And AWD for trips up to the hiking trails with said pooche.

Last year, Volvo offered a dog accessory pack which included a special harness, protective steel grille for the hatch and a plastic load mat. While the pack seems to have come and gone, you can still find the accessories from the pack piecemeal on eBay. 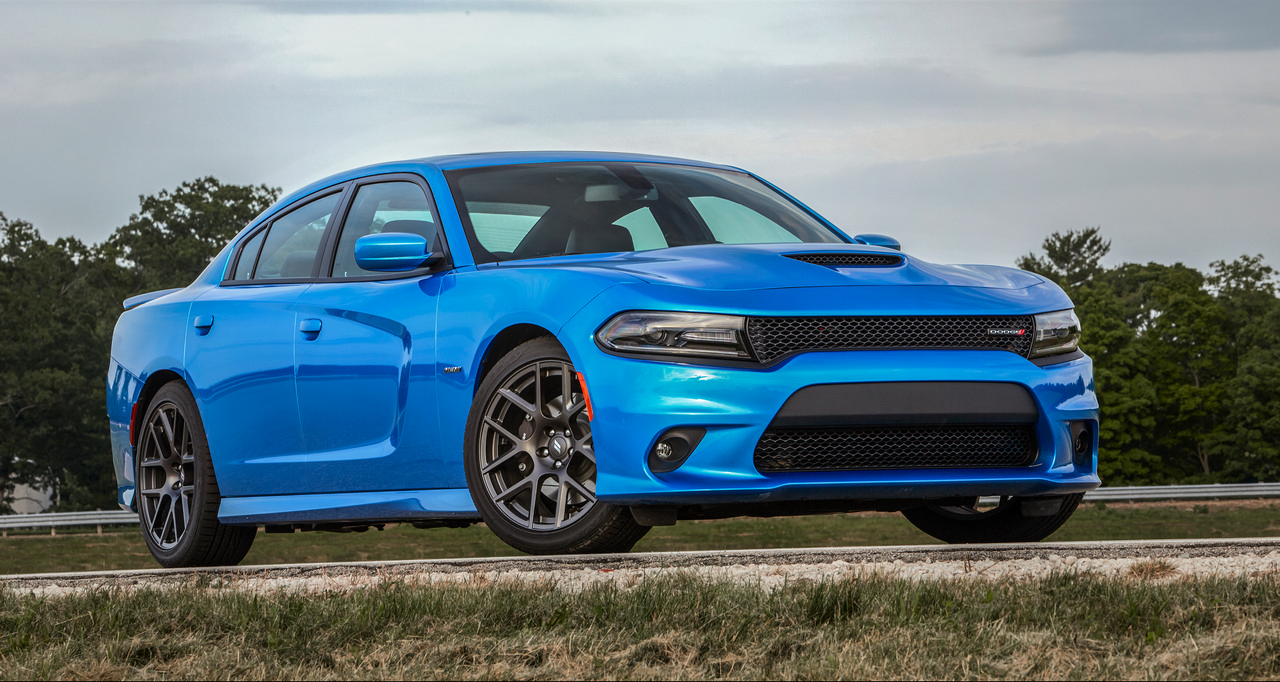 When I adopted my blue heeler cattle dog, I thought our lives would basically be the poster for Mad Max 2. She and I would look super cool, hanging out in leather jackets (yes, in my fantasy we both wore leather jackets) with our buff, all black muscle car in the background.

Unfortunately, there’s nothing cool about trying to squeeze your poor pupper into the back seat of a Mustang or Challenger. Which of course leaves the four-door Charger as your only option for safely securing your furry co-pilot while channeling your inner Max Rockatansky.

Endless ink has been spilled over the monstrous Hellcat Chargers. And perhaps as a result, the base Charger simply doesn’t get enough credit. The GT’s 3.6-litre V6 now comes with a proper 300 horsepower and if you opt for the R/T package with the familiar 5.7-litre HEMI V8, that number jumps up to a very proper 370 horsepower.

Sure, you won’t be burning tires with the Scat Pack or Hellcat owners, but you’ll also be able to handle seasons other than summer with AWD. Because here’s a little secret about the more powerful Dodge muscle cars. They really don’t work in the snow. And that’s a problem if you have to take your dog to the vet on a winter’s day.

True story; I once got stuck in a brutal snowstorm in an SRT 392 Charger. And when I say “stuck” I mean STUCK. It turns out almost 500 horsepower and equivalent torque do absolutely nothing for you when your rear wheels can’t catch traction. Even with all the electronic nannies turned off, I had to push the car out from a dig. I’ve never wanted AWD or a dog sled more in my life. 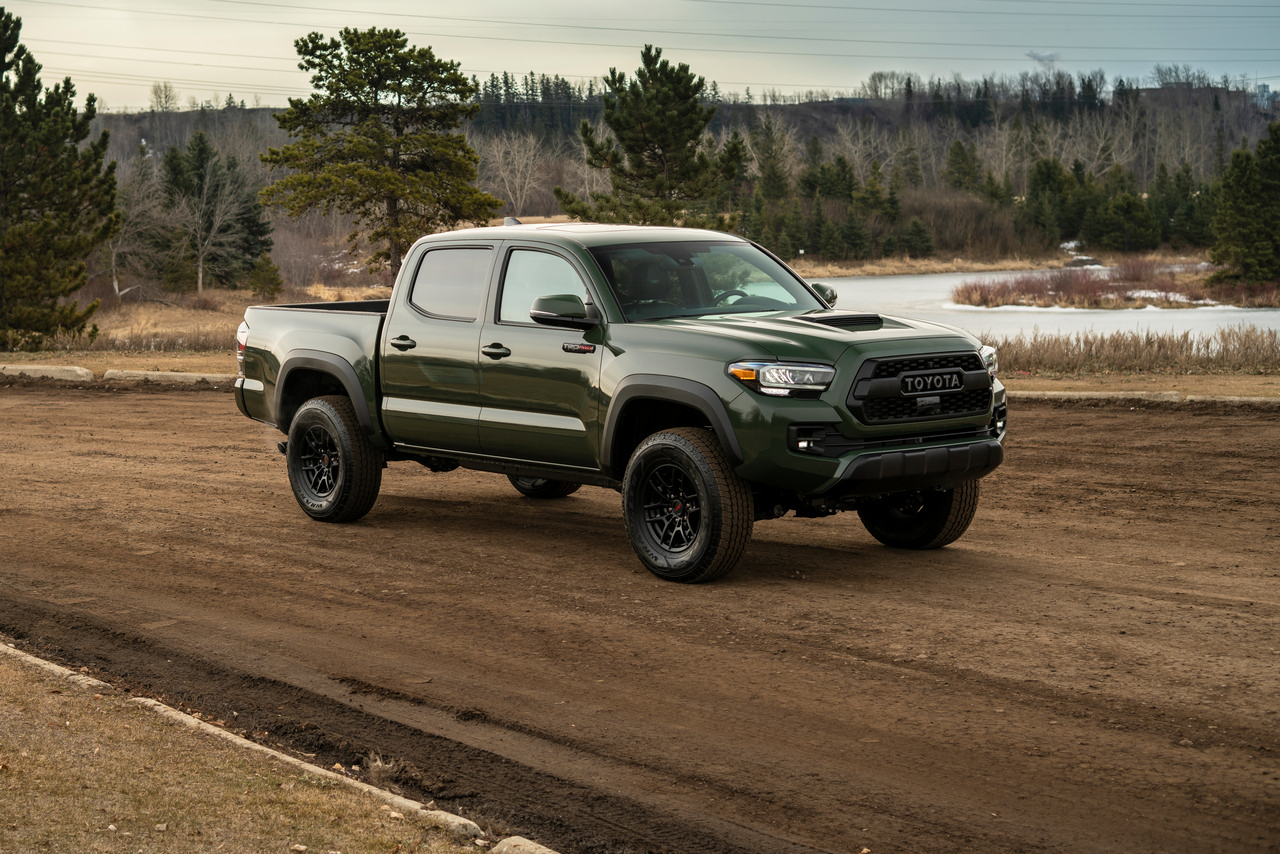 If you’re someone who isn’t satisfied taking your dog to the local park, and needs to burn off their doggo’s seemingly unending energy somewhere more remote, then the Tacoma is a great choice.

It’s practical with a 4×4 drivetrain and the double cab for convenient entry and deboarding of your pupper. It also has adjustable b-pillar shoulder belt anchors, which are incredibly helpful for when you’re trying to thread a seat belt through your dog’s off-the-shelf car harness.

But what’s best about the Tacoma is that it screams “I still like to party” without being overly obnoxious. It doesn’t need a lift kit or Monster Energy Drink sticker. In TRD trim, its aggressive front grille, skid plate, 6-speed manual transmission and desert air intake speak for themselves. 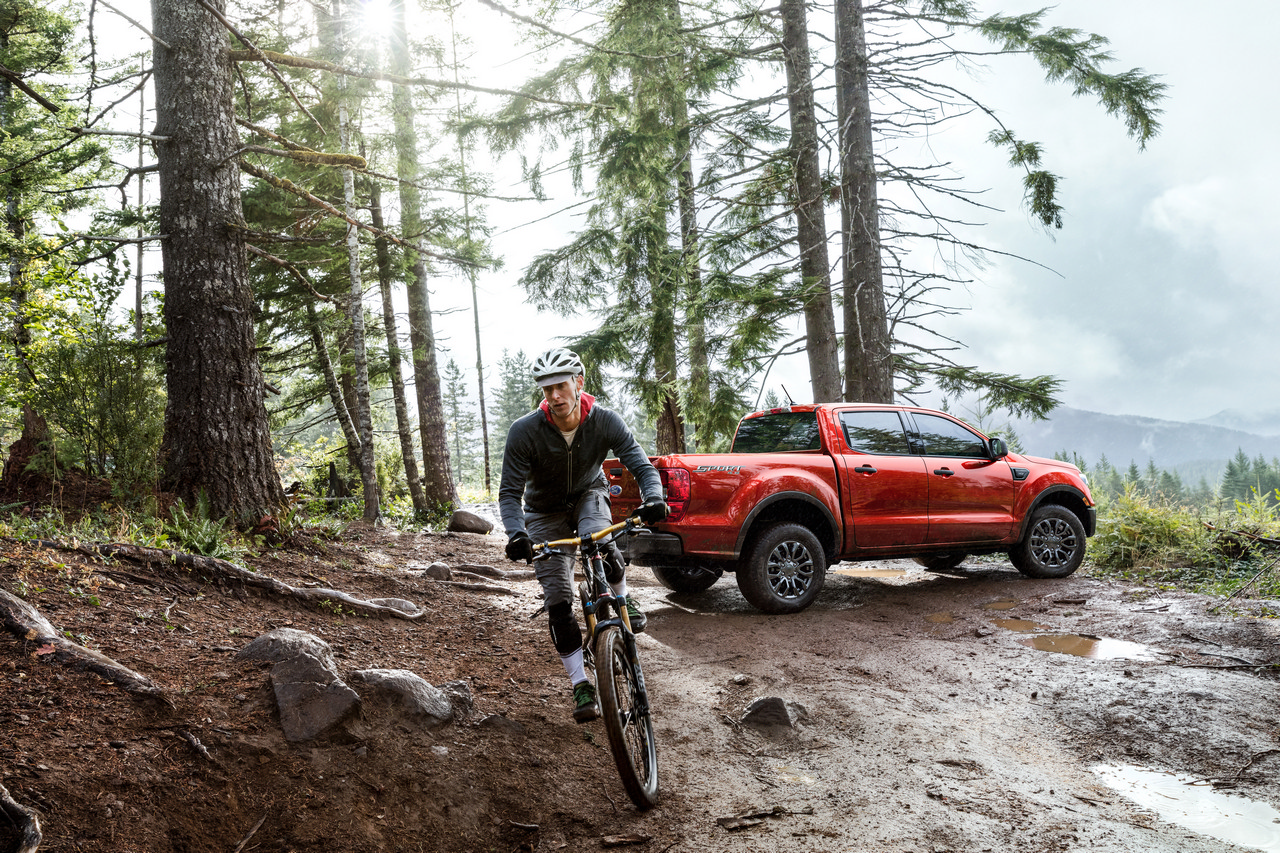 Let’s be honest, the best reason to get the Ford Ranger over the Tacoma is that you won’t have to constantly explain why you bought a Toyota to your buddies during the annual May 2-4 get together in Muskoka. 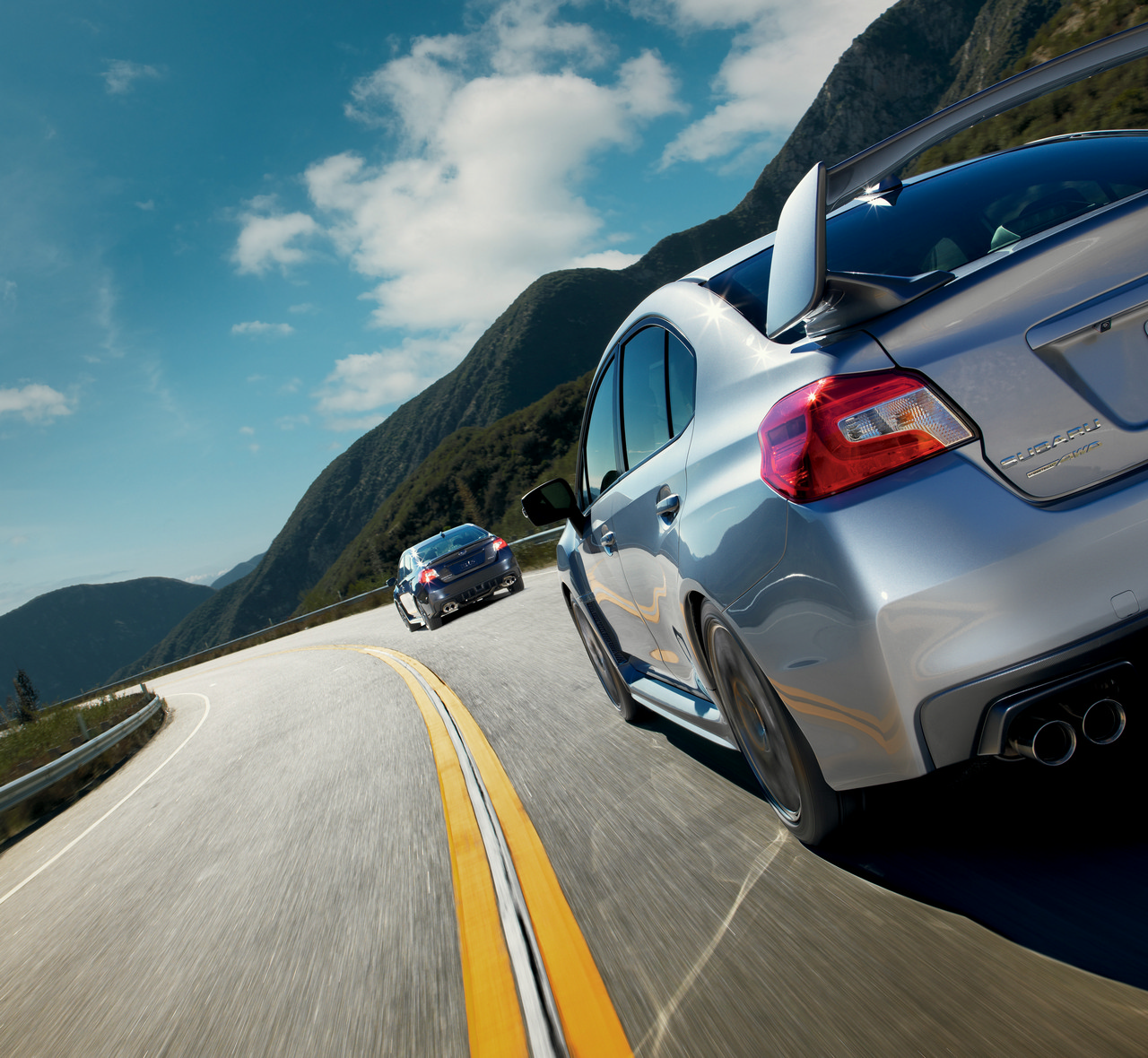 Subarus are a tricky car to recommend because there are few other brands for which people will be so harshly stereotyped for driving. Buying a Subaru usually means you’re pegged as either a celbate middle-school librarian who enjoys yoga retreats on the weekend or a walking, talking Supreme sticker wrapped in a vape cloud.

Because the former stereotype is almost impossible to avoid in the much more practical (and arguably as fun) Outback and Crosstrek, I’m recommending the car you secretly want anyway.

However, if you buy an STI, do the car world a favour and drive it with dignity. No hard parks. No vape clouds. No obnoxious, earth-shaking bass. Just a respectable, fun drive with a happy pupper sticking its head out the rear window. 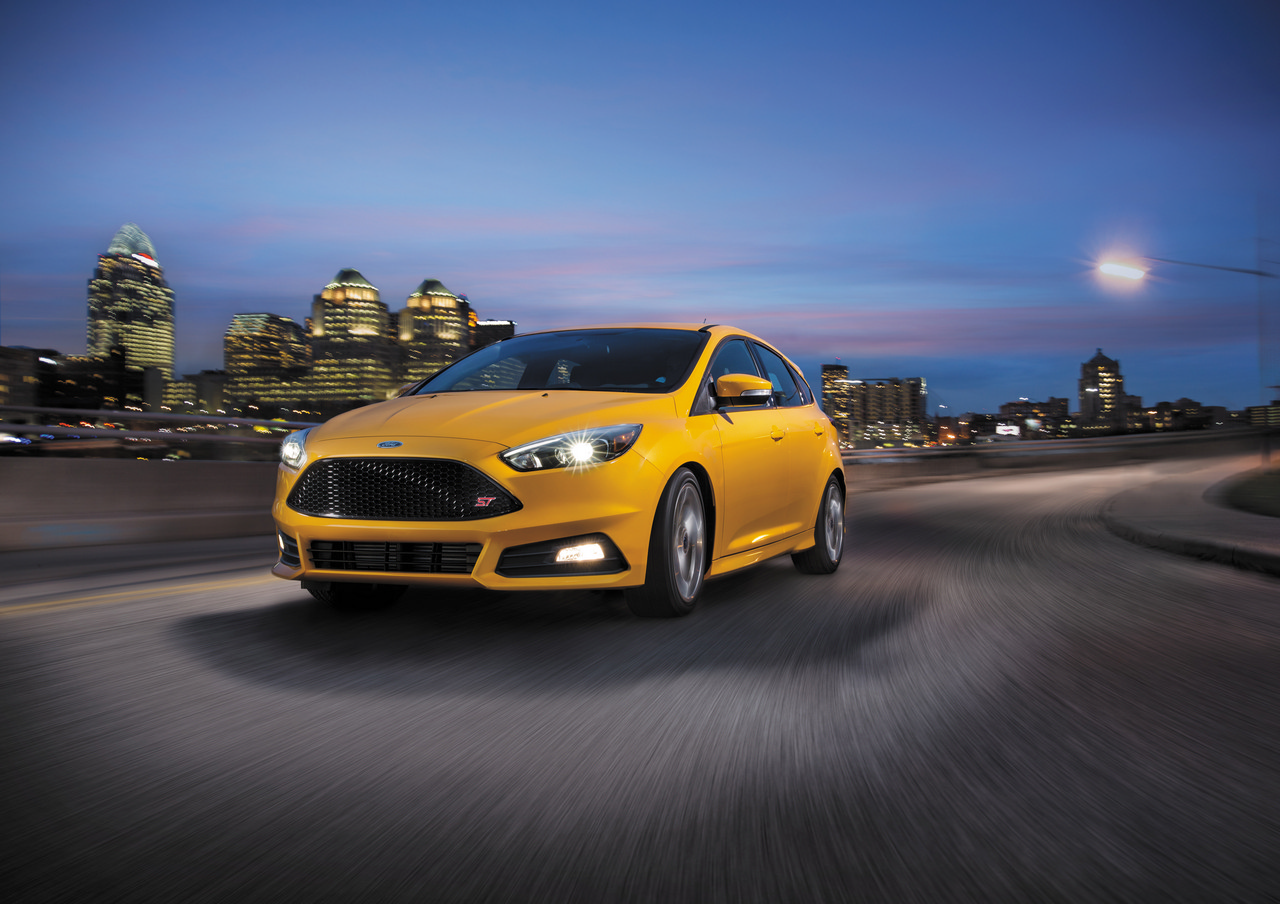 The Focus ST’s rear seat is a perfectly fine place for a small-to-mid sized doggo. As a car, you’ll enjoy using 100% of the ST’s 276 horsepower, 2.3-liter four-cylinder EcoBoost engine on twisty back roads. Of course what you really wanted was the RS, but who could be bothered to pay the mark up? Vet bills are pricey, and flea and tick season is coming up. 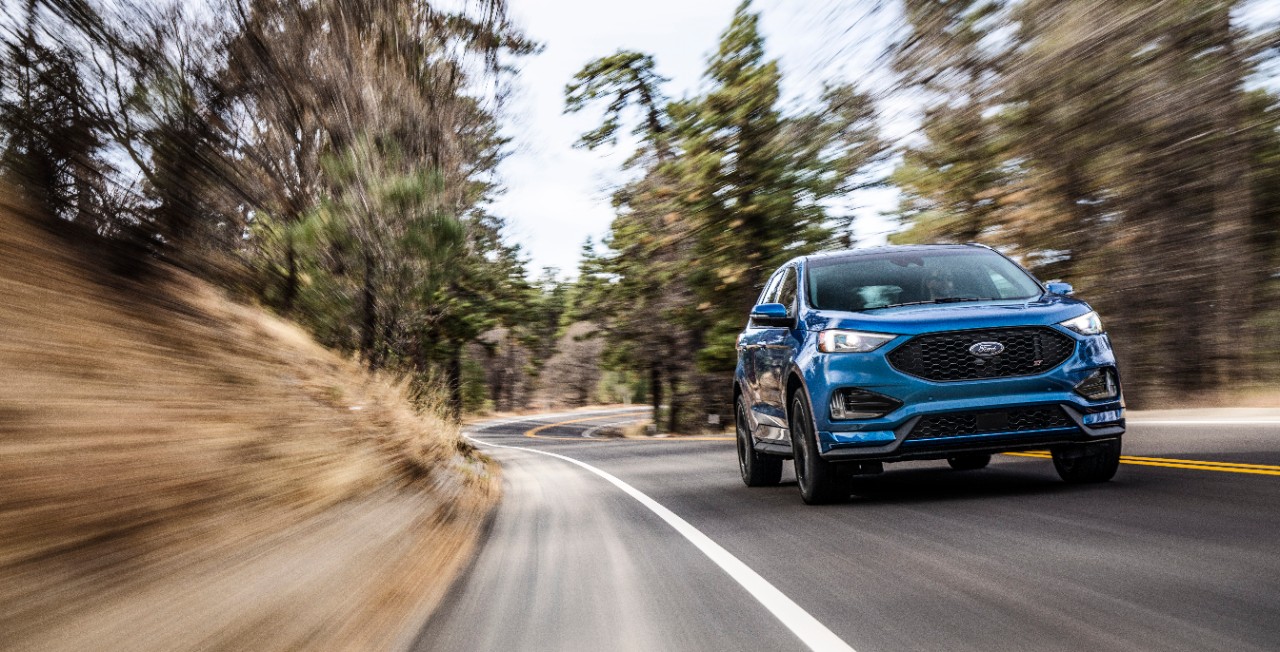 Sometimes I wake up in a cold sweat in the middle of the night. It’s always the same nightmare. The one where I actually purchased a crossover SUV.

That being said, it’s tough to lump in the 335 horsepower Ford Edge ST with your average crossover SUV. The ST’s aggressive exterior styling and party piece 2.7-litre turbocharged engine are certainly not boring. And of course, the Edge’s 73 cubic feet of cargo space practically make this the executive class option when it comes to dog transport.

Ford is doing very well on this list. I think it’s because for the last few years, they seem focused on bringing products to market which offer as few compromises for the consumer as possible. “Sure it’s a Mustang, but you can shut the exhaust up and the rear end does shatter your spine every time you hit a bump.” Or in this case, “Sure it’s a crossover SUV, but it’s got enough guts and hot styling to stop you from turning into Clark Griswold.” 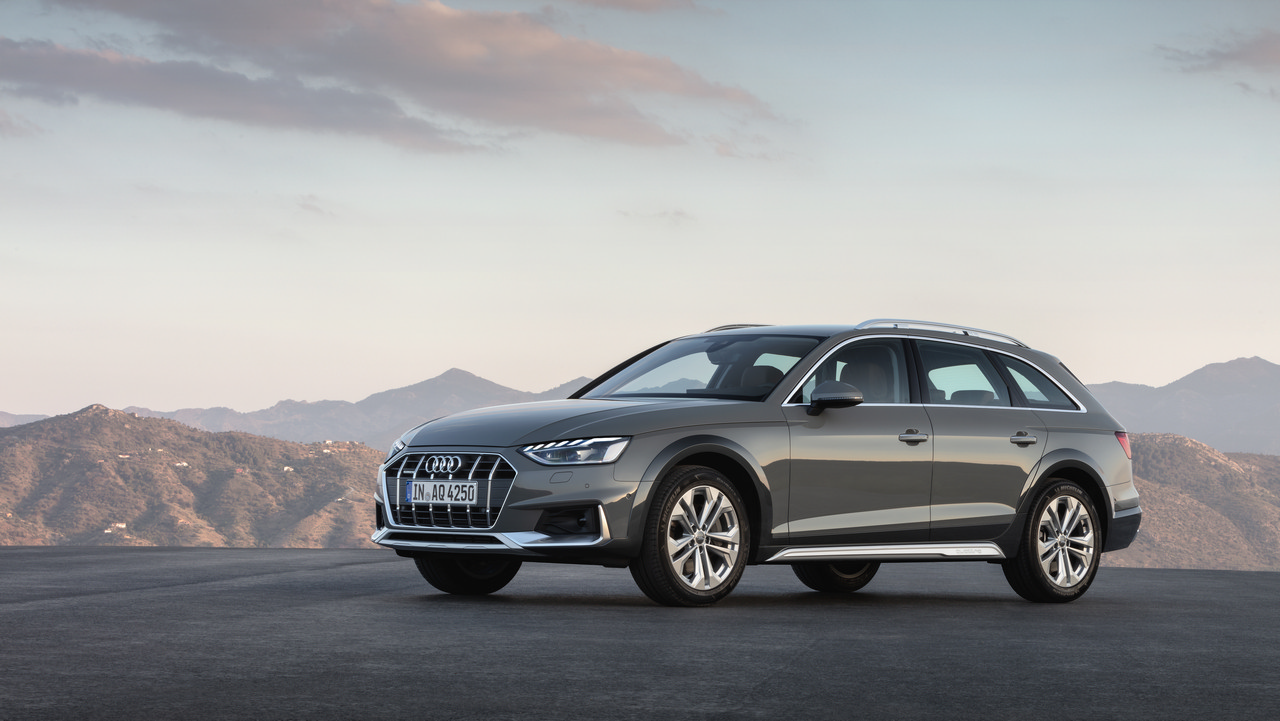 The A4 allroad has 1510 litres (or about 53 cubic feet) of trunk capacity. Which is large enough for exactly one rottweiler, who is also German. It also has a spectacular 252-hp turbocharged 2.0-liter four-cylinder engine mounted to seven-speed dual-clutch automatic transmission, a buttery smooth ride and enough ground clearance for confident treks to the hiking trails. Also the interior is very, very nice (maybe too nice for dogs with untrimmed claws and bad chewing habits).

Admittedly, it is hard to imagine going on a date with someone who owns an Audi A4 allroad. You imagine they would mostly talk about how their work is so very busy, and how they’re now doing intermittent fasting (with the exception of ‘wine o’clock’) and how they feel guilty if they stay up past 10 p.m. on a week day. They feel their salary is barely enough to get by in the city, even though they make an easy $20,000 more annually than you do. And within the time between ordering your first drinks to when they arrived at the table, they’ve already answered two emails and a Slack message.

You have to ask yourself, is that really the kind of person you would rather spend time with than your dog? 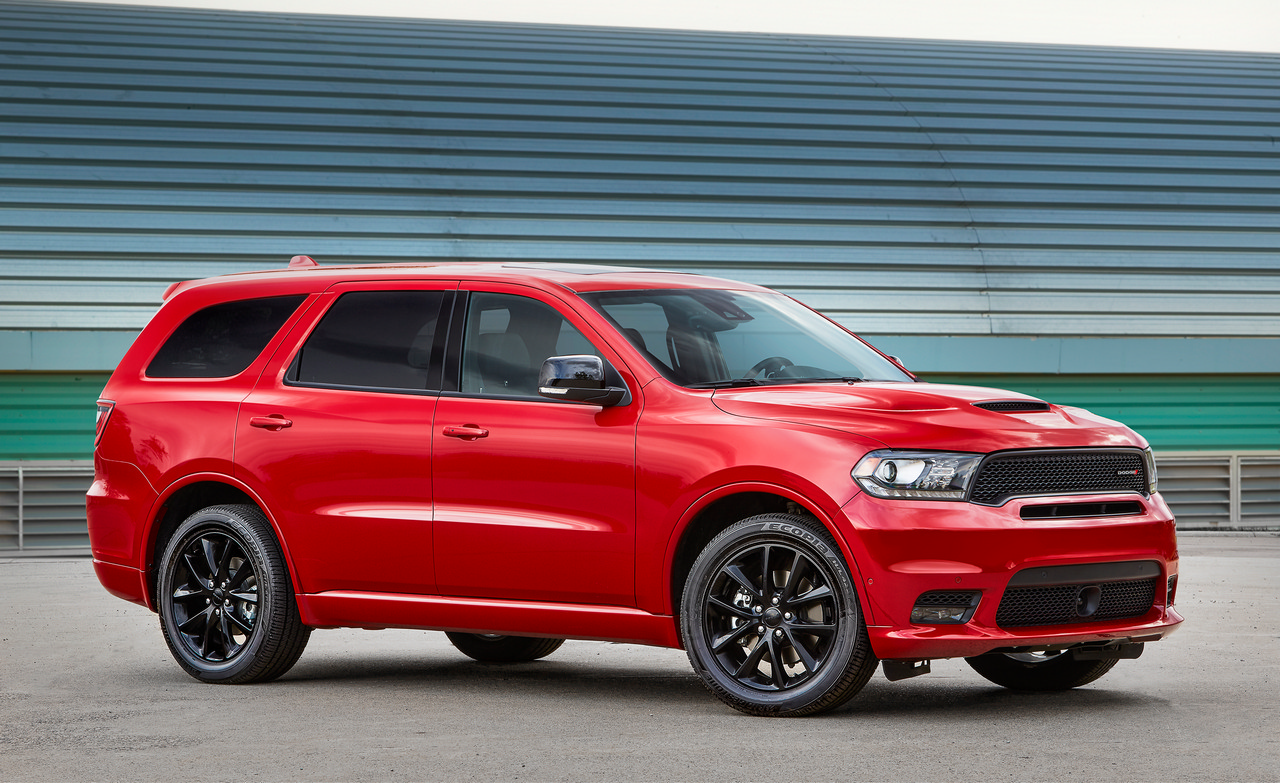 So much of what was said about the Charger is also applicable to the Durango. The muscle car looks, the powertrain, the drivetrain, the four-door convenience.

The Durango’s little secret, however, is that it actually seats like a minivan on the inside. With 7 passenger seating, Dodge claims there are over “50 available seating configurations.”

I’m personally struggling to think of at least three. But the good news is that there must be at least one combination of the 50 that will be comfortable and calming for your dog on long road trips. With its enormous 84 cubic feet of cargo space, you could also easily fit in a dog crate if need be. 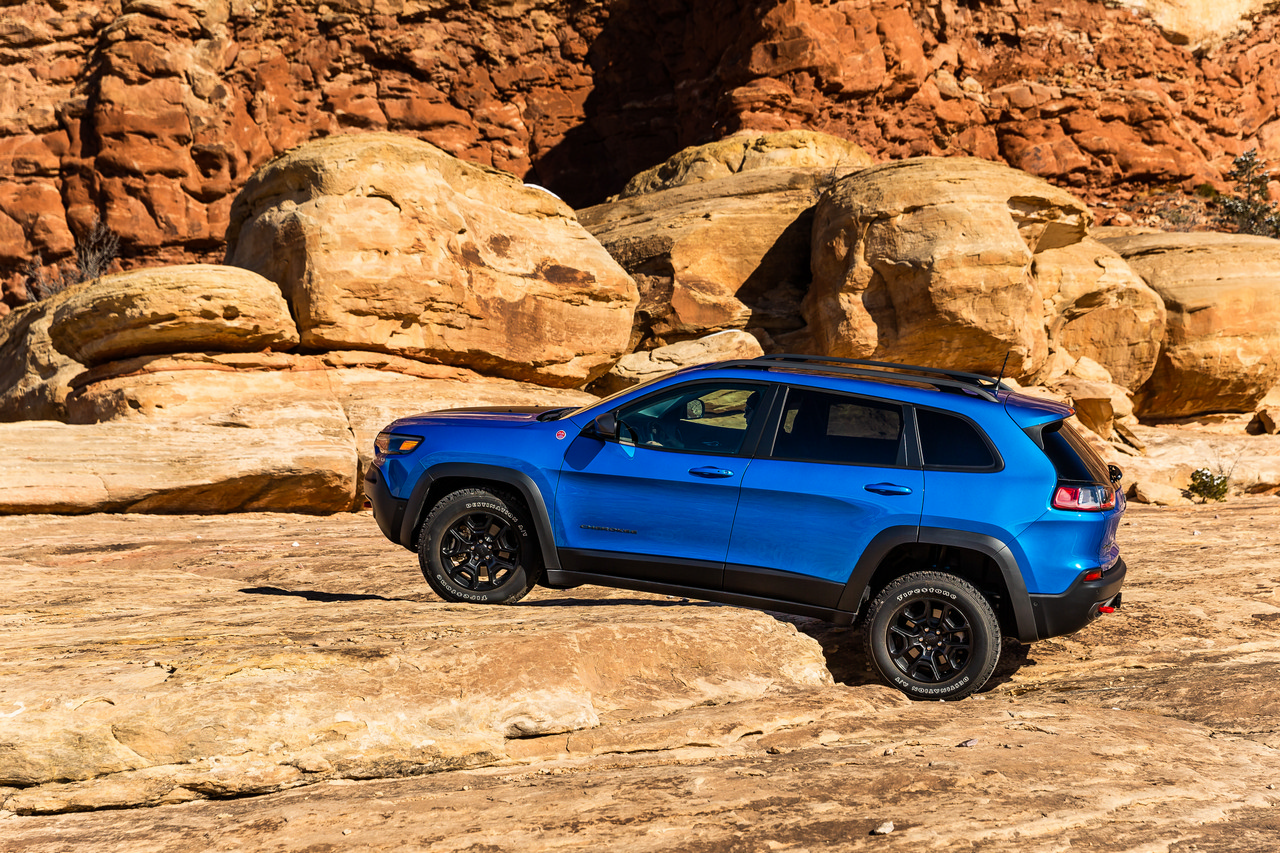 “Trailhawk” is what I wish I had named my dog.

Jeep Cherokee by any other trim is certainly very hum drum. The kind of vehicle you imagine couples who have been together since high school and whose perfect weekend consists of window shopping furniture at IKEA.

However, in Trailhawk guise, you get 4×4, a 3.2-litre V6 producing 271 horsepower, a variety of aggressive exterior styling touches (including skid plates) and a leather wrapped interior. Also a cool badge; that goes a long way.

As you’ve grown up, the decisions you make have been ones that audit fun and joy out of your life in favour of added responsibility. Go to school, get a job, make a budget, pay rent, and so on.

However, getting a dog was an elective responsibility, and one that was intended to actually bring fun and joy into your life. It shouldn’t be a cause to compromise even more things in your life and commit to a totally boring car. Which is why at the very least, you should have a Trailhawk.