10 MLB Stars and their Cars

Hitting a home run on the field and on the road

The boys of summer are back to play ball, but here at Wheels we are a bit more focused on how they get to games. These guys are definitely not striking out on the road. Here are 10 MLB stars and their amazing cars: 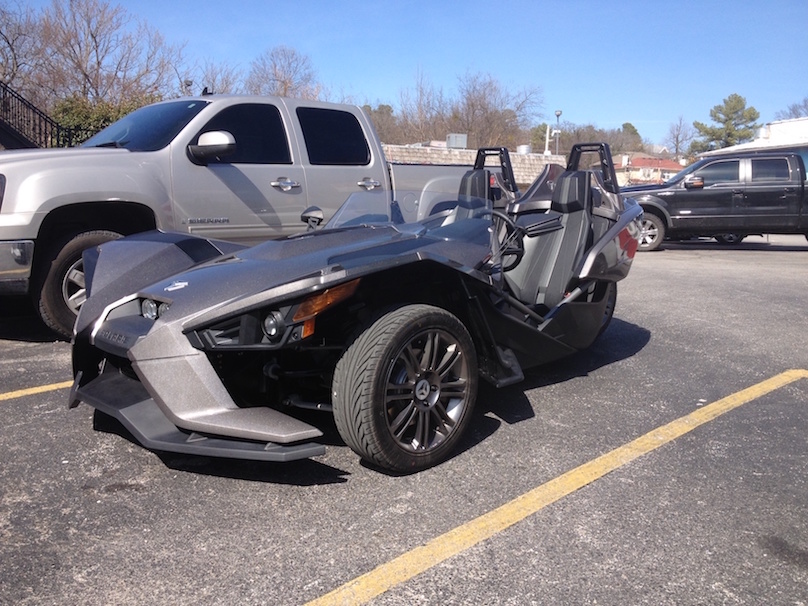 Yoenis got a lot of media and internet attention every time he arrived at spring training this year. The Mets outfielder owns a variety of cars from an Alfa Romeo 8C Competizione to a tricked out Ford F-150. Although one might argue that the nicest car he owns is his Lamborghini Aventador that has an estimated $80,000 in modifications, Cespedes makes our list for not one but his two Polaris Slingshot 3-wheel motorcycles. This unique ride is pretty daring for an important player to be driving around because they are not legally considered automobiles; they don’t have airbags and they do not meet any automotive safety standards. To see more of the cars Cespedes drove to training camp, click HERE. 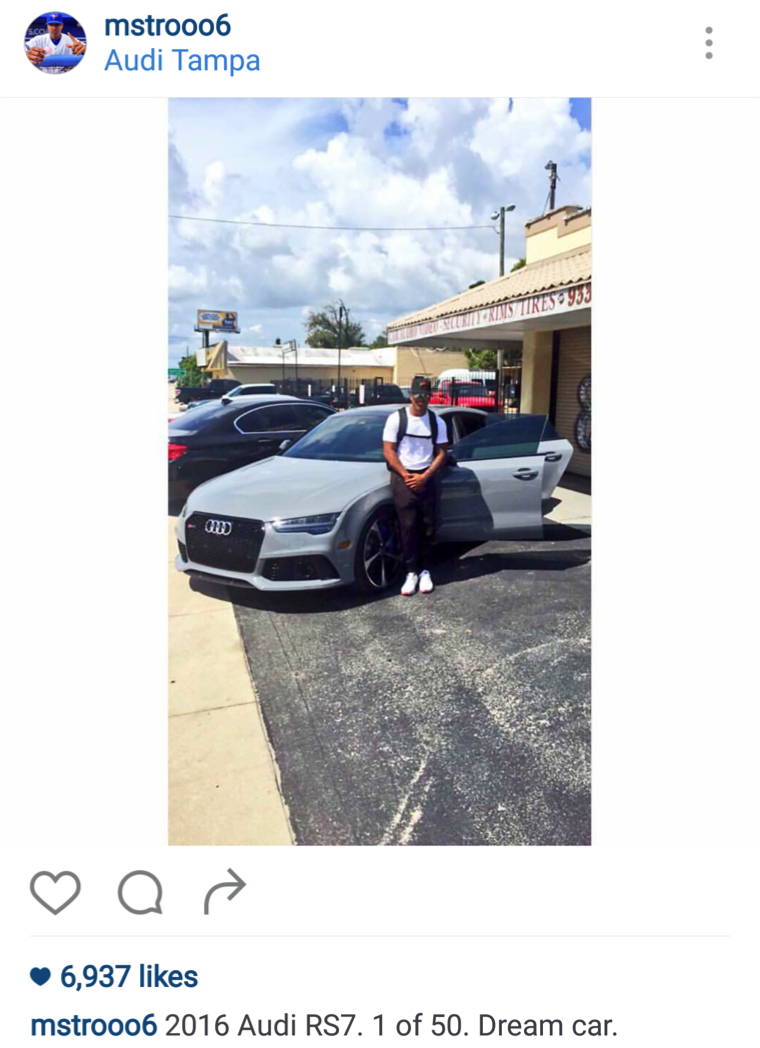 After finishing his degree at Duke University, the 24 year old treated himself to 1 of 50 Audi RS7 Exclusive Edition’s. If you’re an Audi fan, just follow Marcus Stroman on Instagram and you can frequently see different angles of his new car. 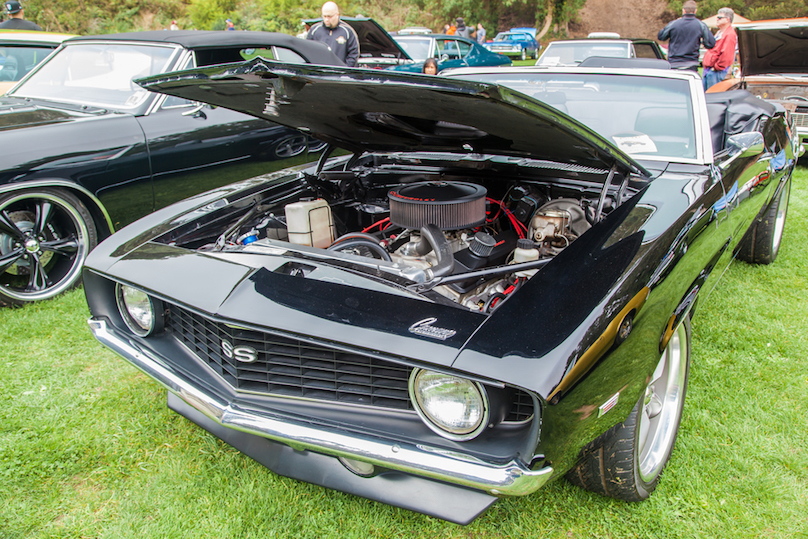 The #1 ranked player in the MLB right now is Bryce Harper of the Washington Nationals. What do you do when you’re number 1? Enjoy cruises in your 1969 Camaro SS. 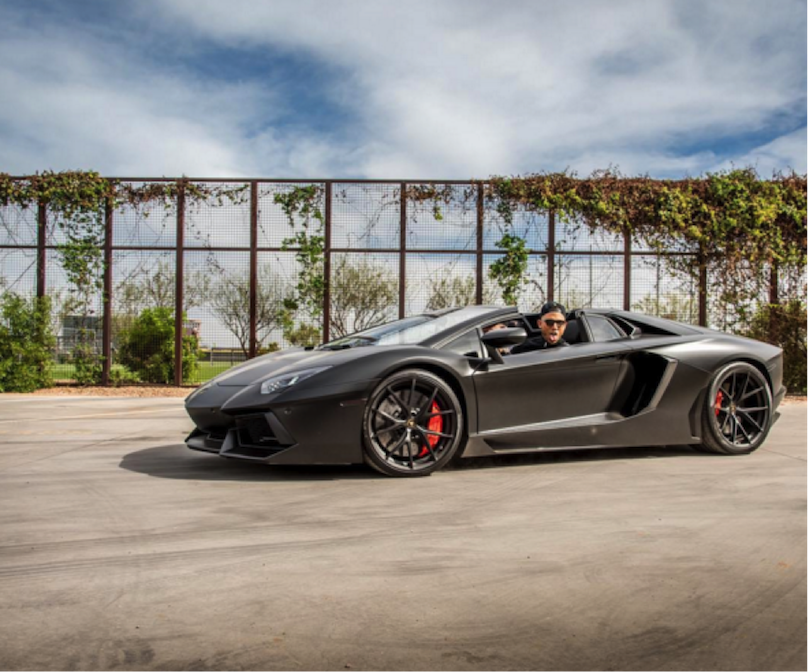 Gonzalez proudly shares pictures of his matte black Lamborghini Aventador Roadster on social media. He credits motivation and hard work as the reason he is able to buy this bat-mobile. 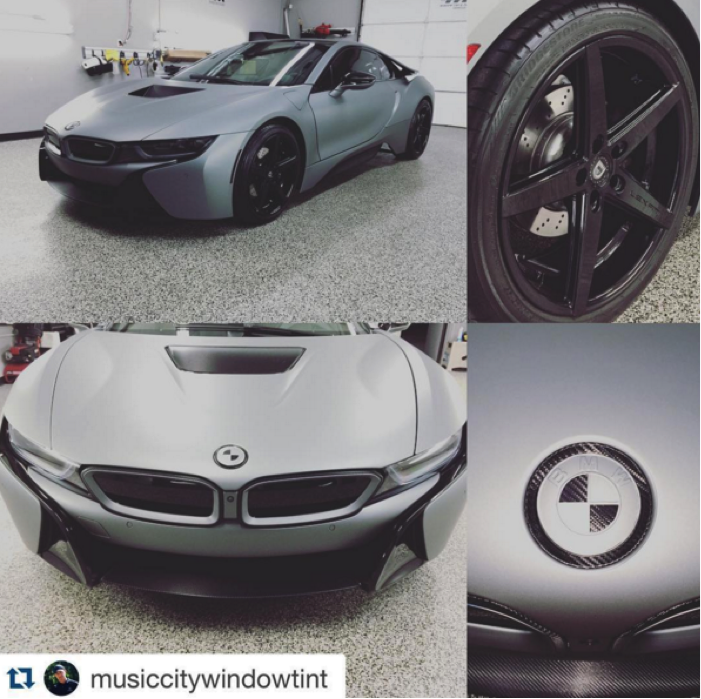 We’re not sure the exact date Price purchased his BMW i8 but we know it was within the last year. It’s safe to assume he paid for it right after signing with the Boston Red Sox for a $217 million 7 year contract in December 2015. 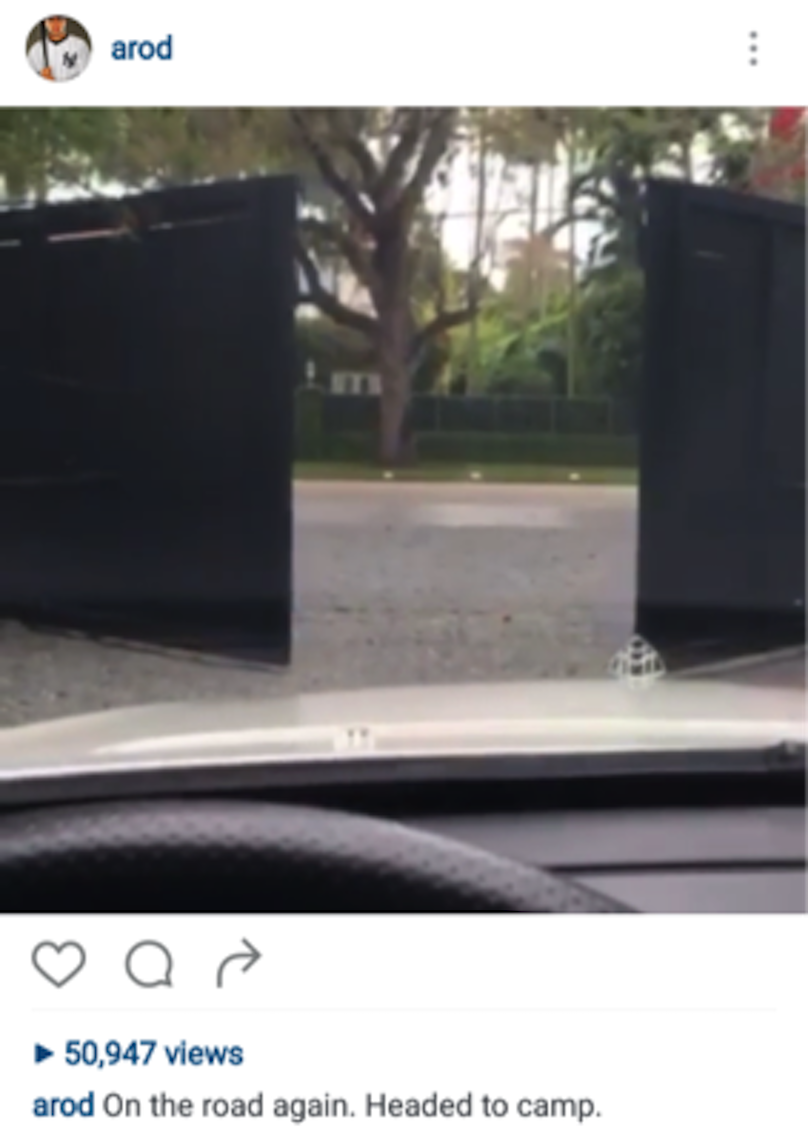 In 2013, a spokesperson for Mercedes-Benz confirmed that Alex Rodriguez was part owner of Mercedez-Benz Houston Texas. Clearly he has a fleet of cars at his disposal, but it’s no surprise that he picked the Maybach. In February, he posted a video of himself driving it to spring training with the Yankees. Front and center is the Maybach emblem. 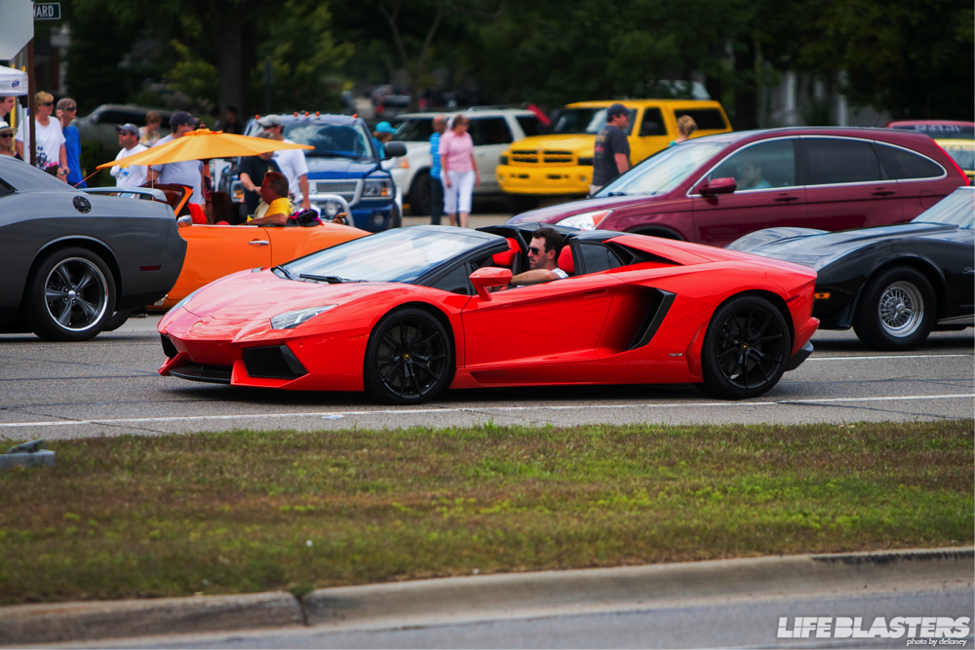 If you’re a movie buff or a Detroit Tigers fan keep your eye out for this Lamborghini Aventador Roadster. You are likely to find pitcher Justin Verlander driving it with his girlfriend, actress Kate Upton, in the passenger seat. It’s no surprise Verlander picked Tigers orange when he bought the car. 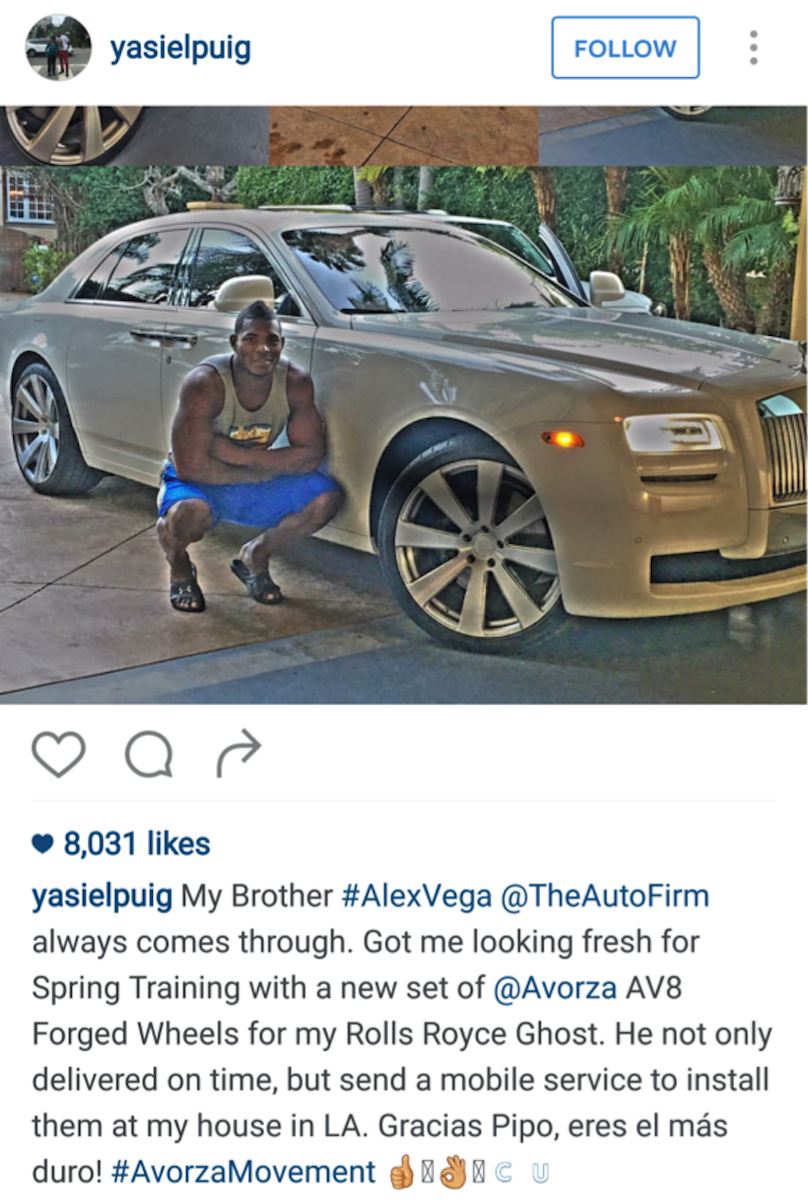 In December 2013, Yasiel Puig was arrested in Florida for driving 110mph in a 70mph zone. As a result of his heavy foot, Puig hired a personal driver after this incident to avoid future issues with the law. This January (2016), he shared a picture on his Instagram page showing his fans what you can find him rolling around in now. Yasiel’s personal driver must love his job especially now that he gets to drive a Rolls Royce Ghost daily. 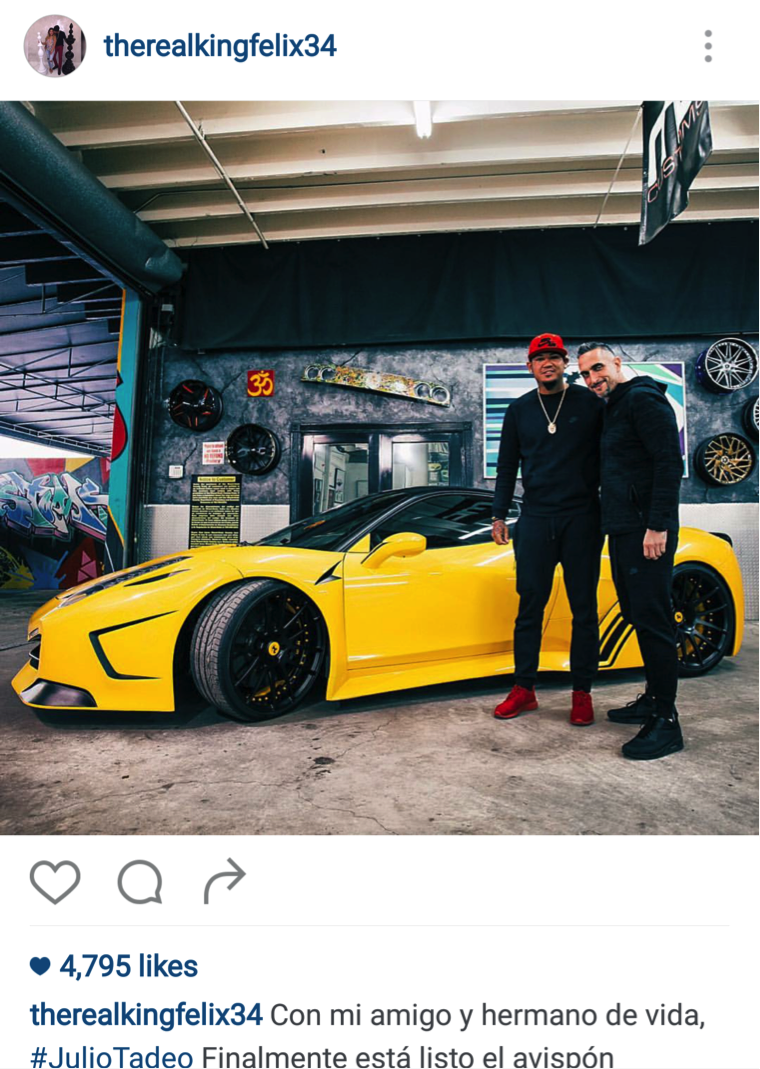 King Felix only drives cars fit for a King. If you follow him on Instagram, you can listen to the sound of his new Ferrari 458 roar in a video he posted. When he’s not pitching for the Mariners, you might catch him out for a cruise on the streets of Seattle in his bright yellow ride. 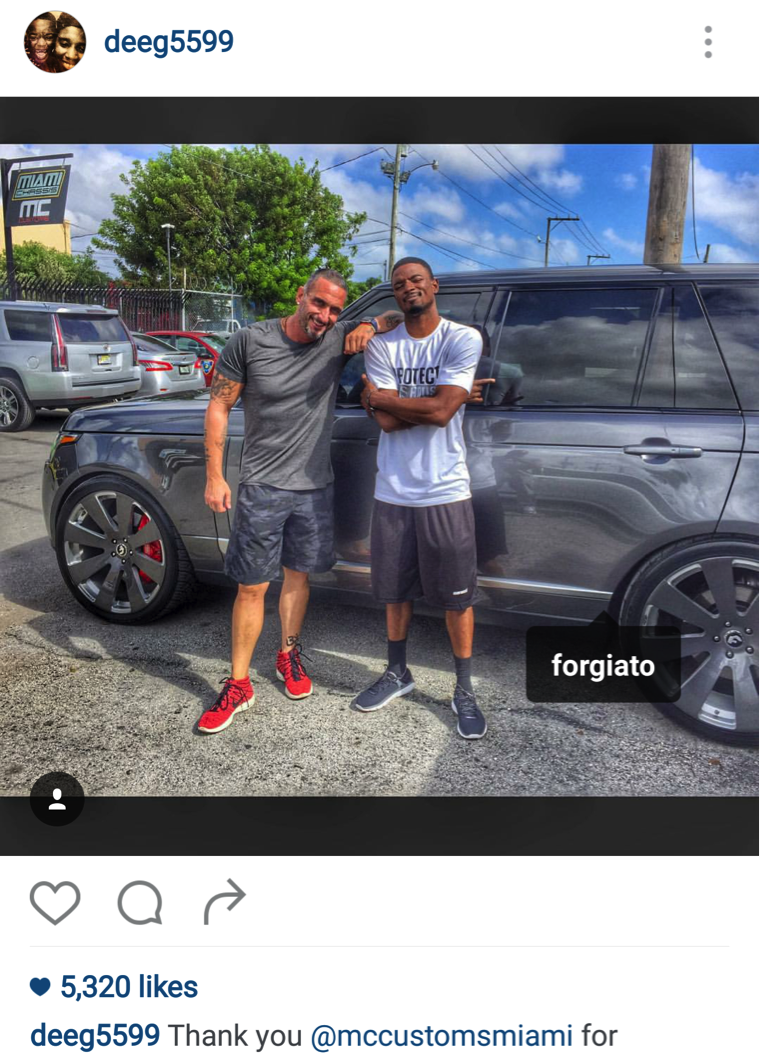 Miami Marlins player Dee Gordon showed off the Forgiato wheels he threw on his Range Rover Supercharged. In November (2015), the second baseman posted this photo on Instagram letting his followers know what they will see him driving to spring training.