A car you can live with every single day of the year is a hard thing to find. Especially under $40k

Going fast on a budget is getting easier all the time. So is finding a vehicle that will give you supreme confidence in the middle of a blizzard. Need to toss some luggage in the back while getting decent gas mileage? There’s roughly 9,000 new crossover SUVs to choose from.

But what if you want a daily commuter that’s fuel efficient, reasonably practical, comfortable, is suitable to drive 12 months of the year, BUT won’t make you look like a soccer parent in the parking lot, AND is fun to open the taps on every once in awhile?

You want something dignified, practical and fun to drive. That seems perfectly reasonable—logical, even. You might think that you would be tripping over options, but things aren’t always that simple.

Sure enough, most people would say, “Easy! Let me show you all of these high-end German sedans…” To which you would have to modestly reply that you’re not paid in gold bars and have no idea what a “stock” actually is. 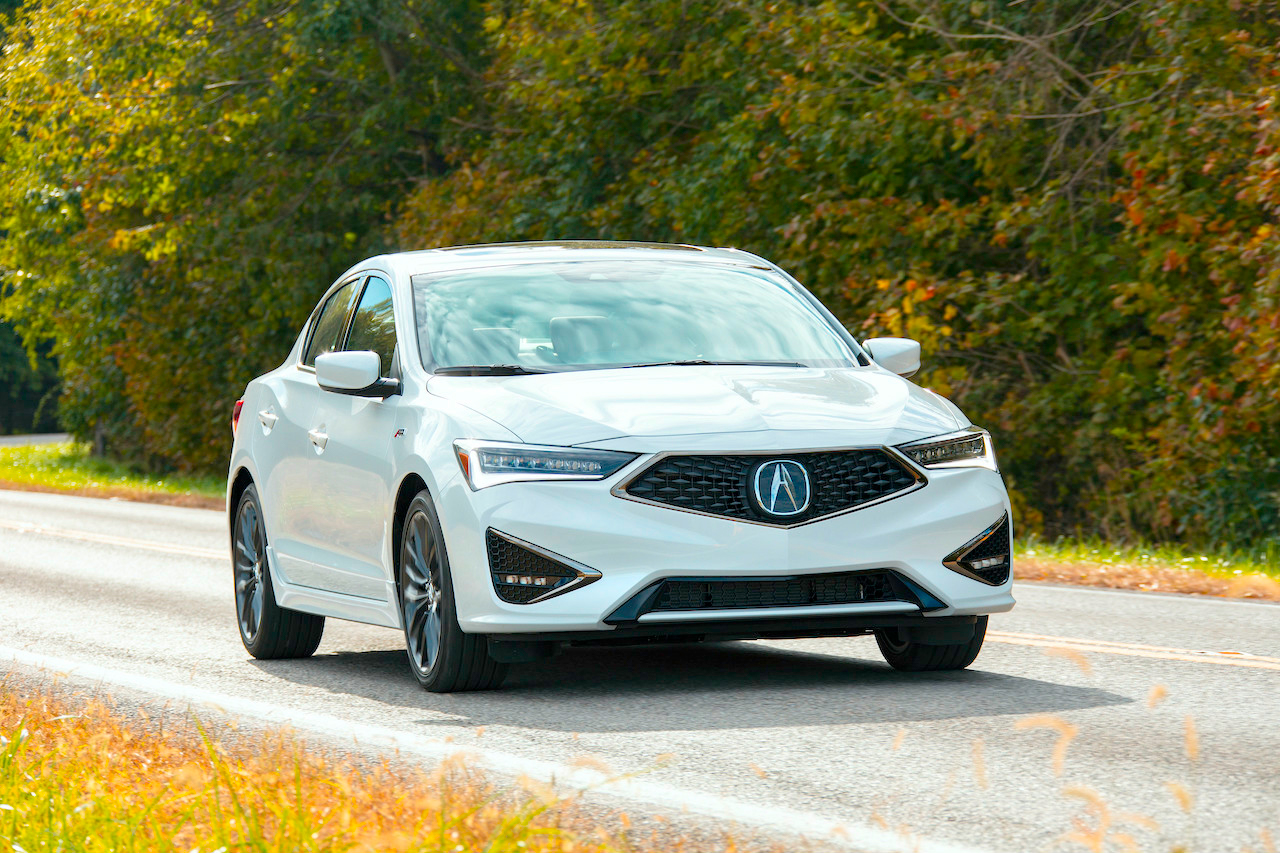 Some may write off the ILX as a dolled up Honda Civic, but I think it’s more like a blue-collar 3-series. You’ll be impressed by the quality of the Acura’s interior and surprised by the amount of pep produced by its 201-horsepower 2.4-litre engine. It’s also fuel-efficient, with 8.6 litres of fuel taking you 100 km down the road. The base model ILX may start at about $5,000 cheaper than the A-Spec, but that extra cash goes a long way to improving the ILX’s appearance and tech options. Read our full review here. 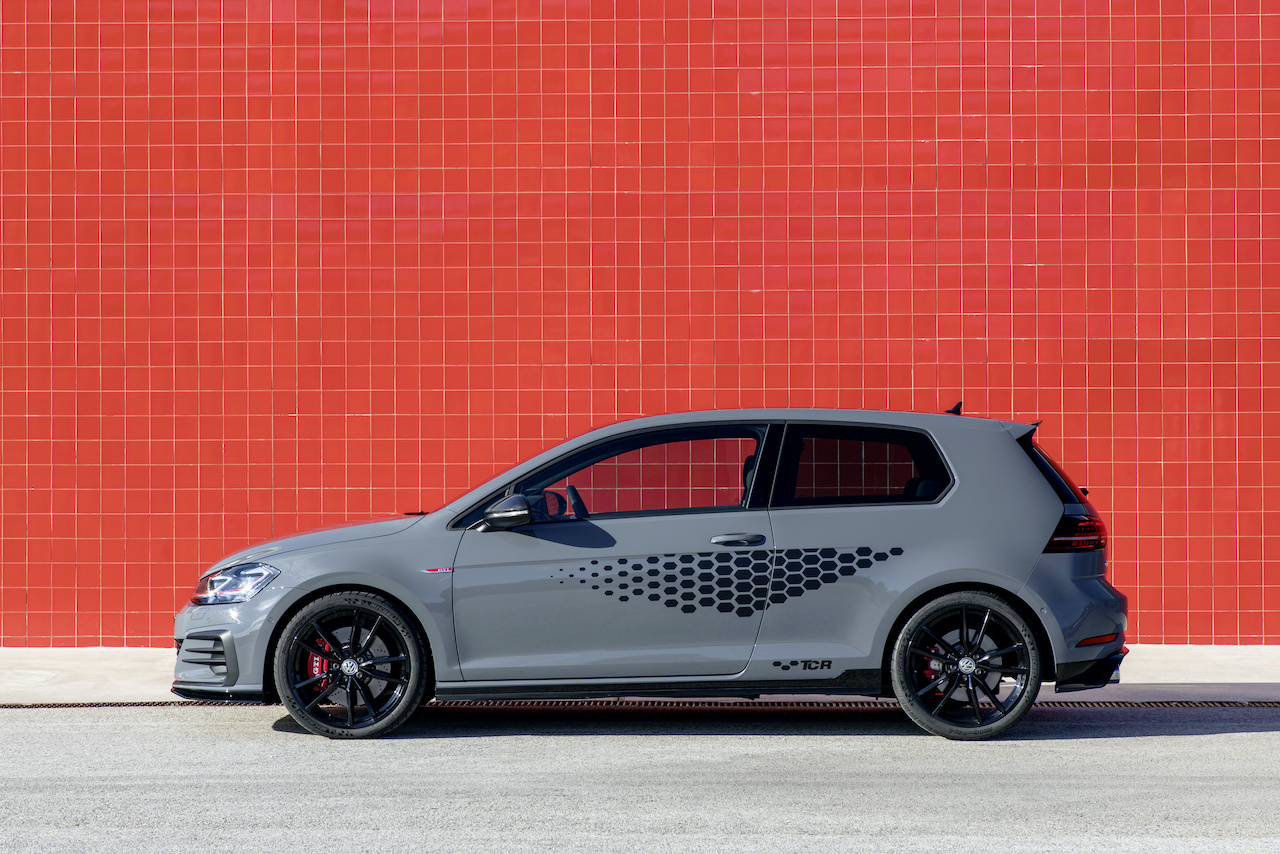 The tuxedo t-shirt of cars. “I want to be serious, but I’m here to party.” For a great all-rounder, as always, the answer is the VW Golf GTI. It has 228 horsepower. It does 8.6 litres / 100 km. It looks great without being shouty in any way. You can still buy it with a manual transmission, if that’s your thing. It’s as at home hanging out with your car enthusiast friends as it is stuck in traffic. 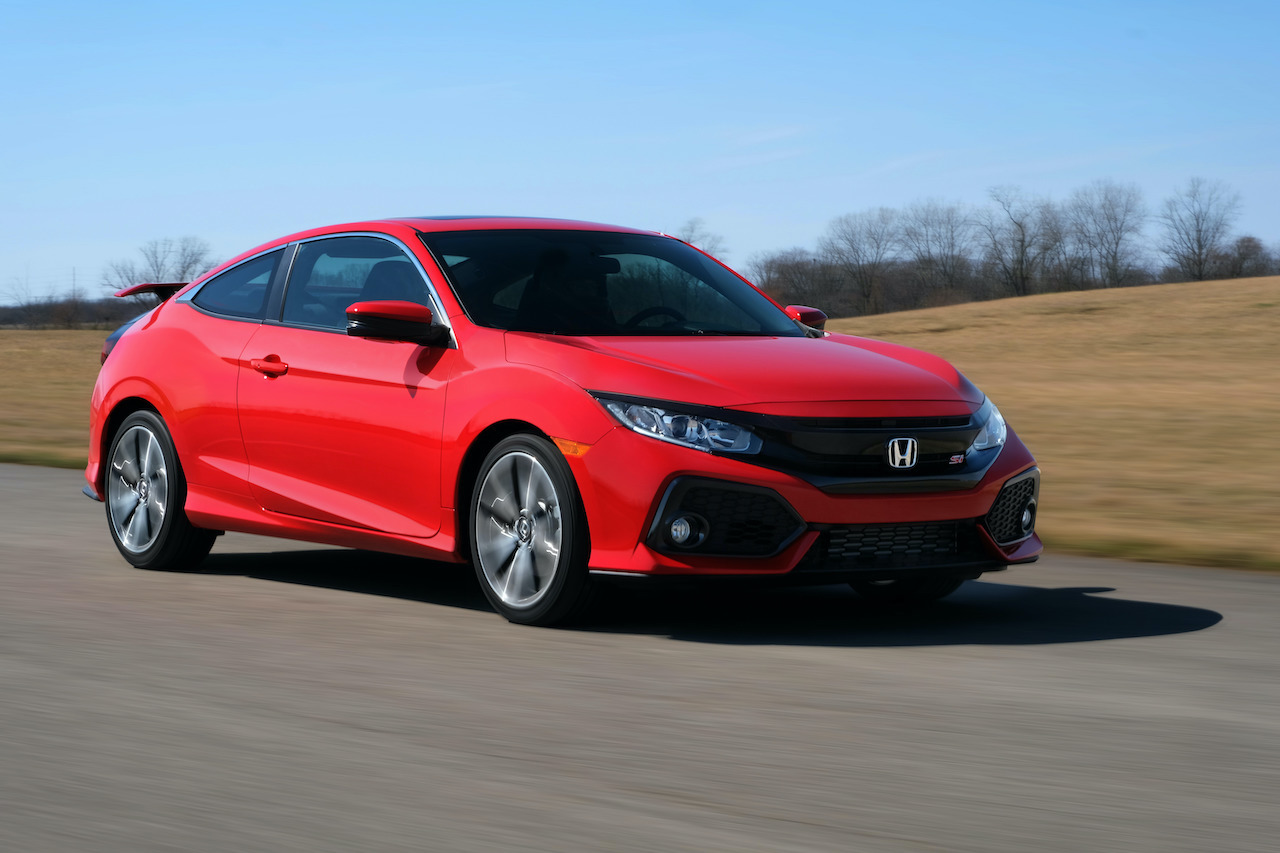 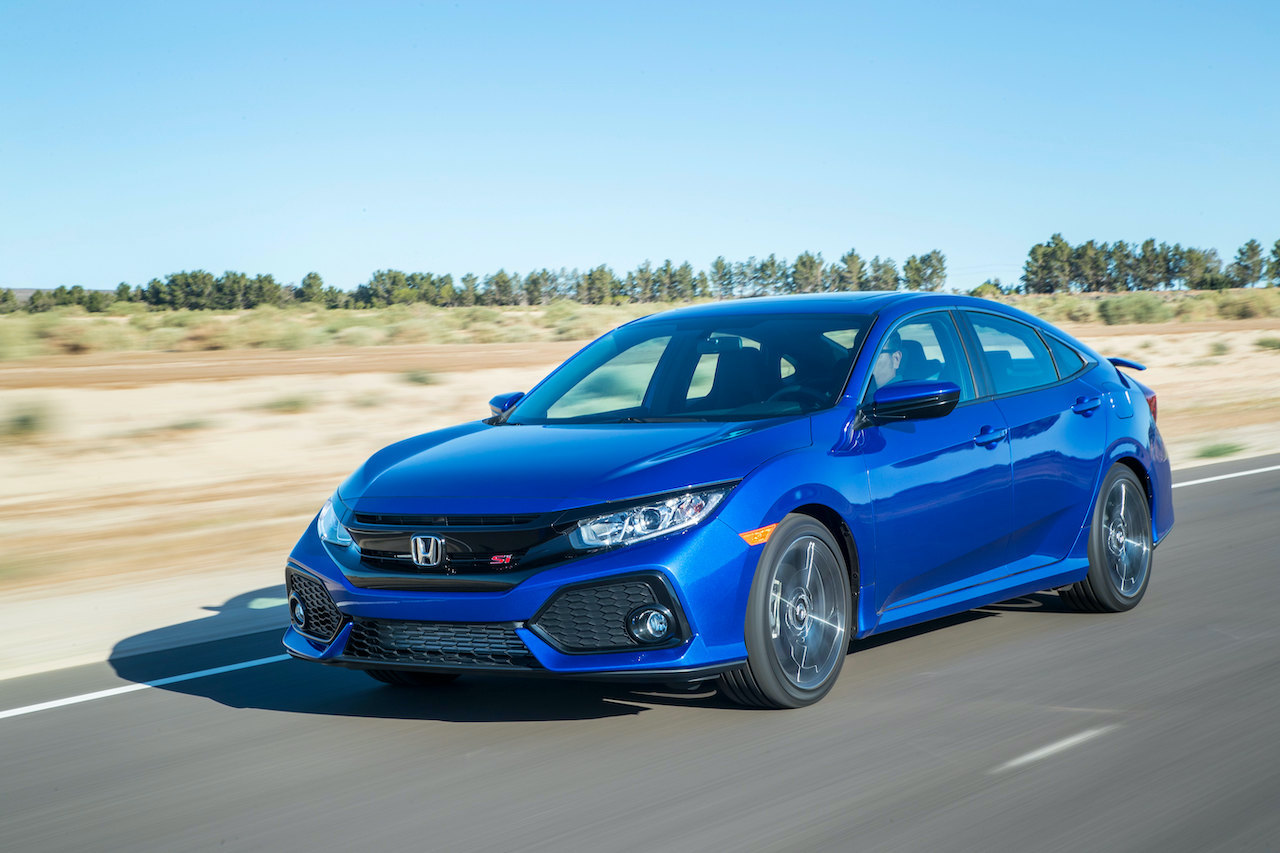 While the Si isn’t the top-of-the-line Civic, it’s a great bargain starting at under $35,000. It’s very fuel-efficient, using an average of 7.8 litres to drive 100 km. It’s reasonably quick, reaching 100 km/h in about 7 seconds. It has a turbocharger, a manual transmission, if you like. Also, four doors if you like. Is it as shouty and quick as its Type R big brother? No. But I wouldn’t drive one of those in the rain. 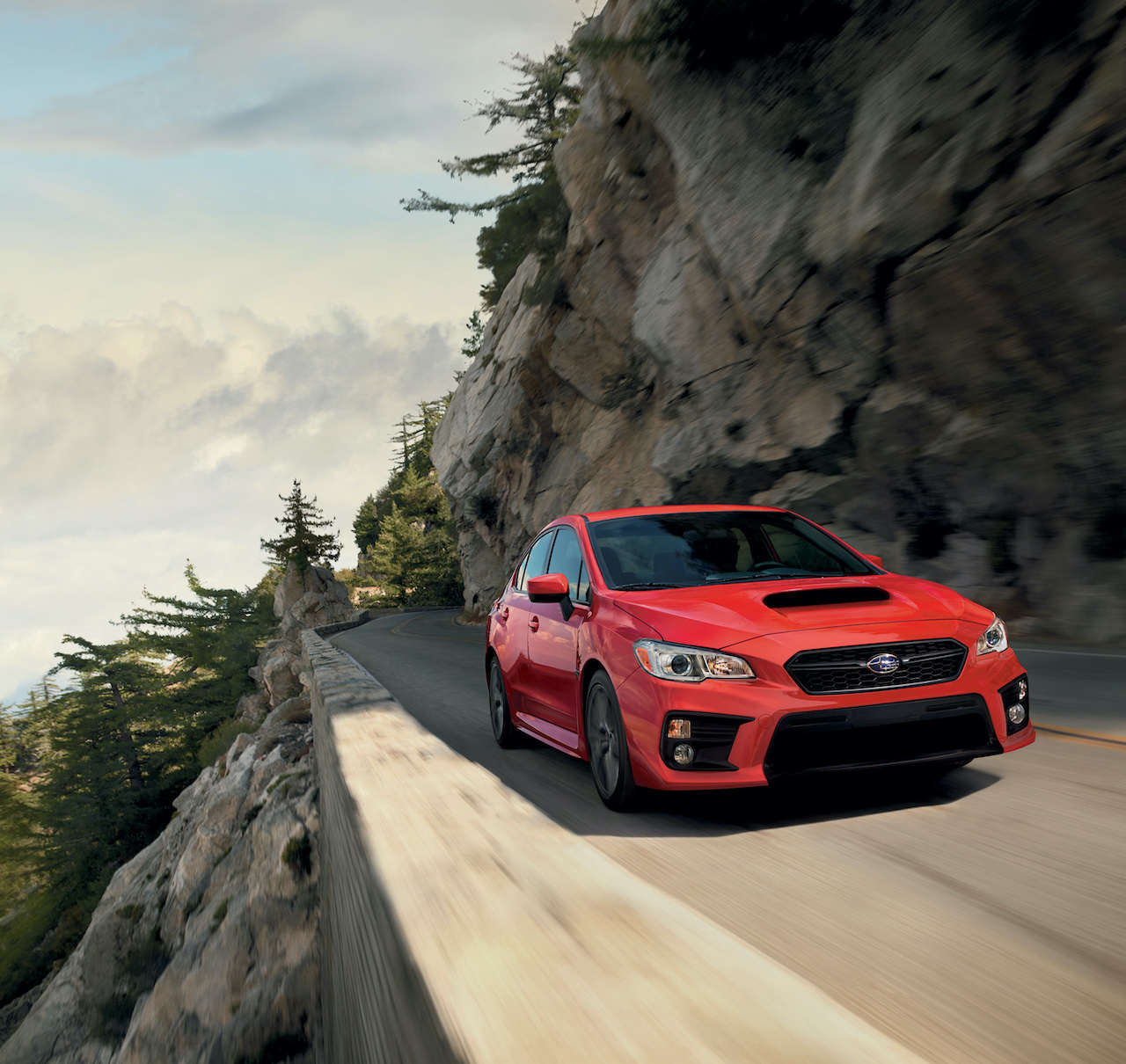 Yes, the STI is the very exciting one, but those start at over $40,000. The base WRX still has many of the hot looks of the STI, such as the ram-air style hood-scoop, rally-inspired rims and flared fenders. With 268 horsepower stemming from its 2.0-litre boxer engine fitted with a twin-scroll turbocharger and a standard six-speed manual transmission, there’s plenty of reasonable fun to be had. Because it has Subaru’s infamous AWD system, you also won’t have to worry about getting stuck in the snow, ever. Probably. It’s a little thirstier than its competitors, drinking roughly an average of 10 litres for 100 km/h. But come on, turbocharger. 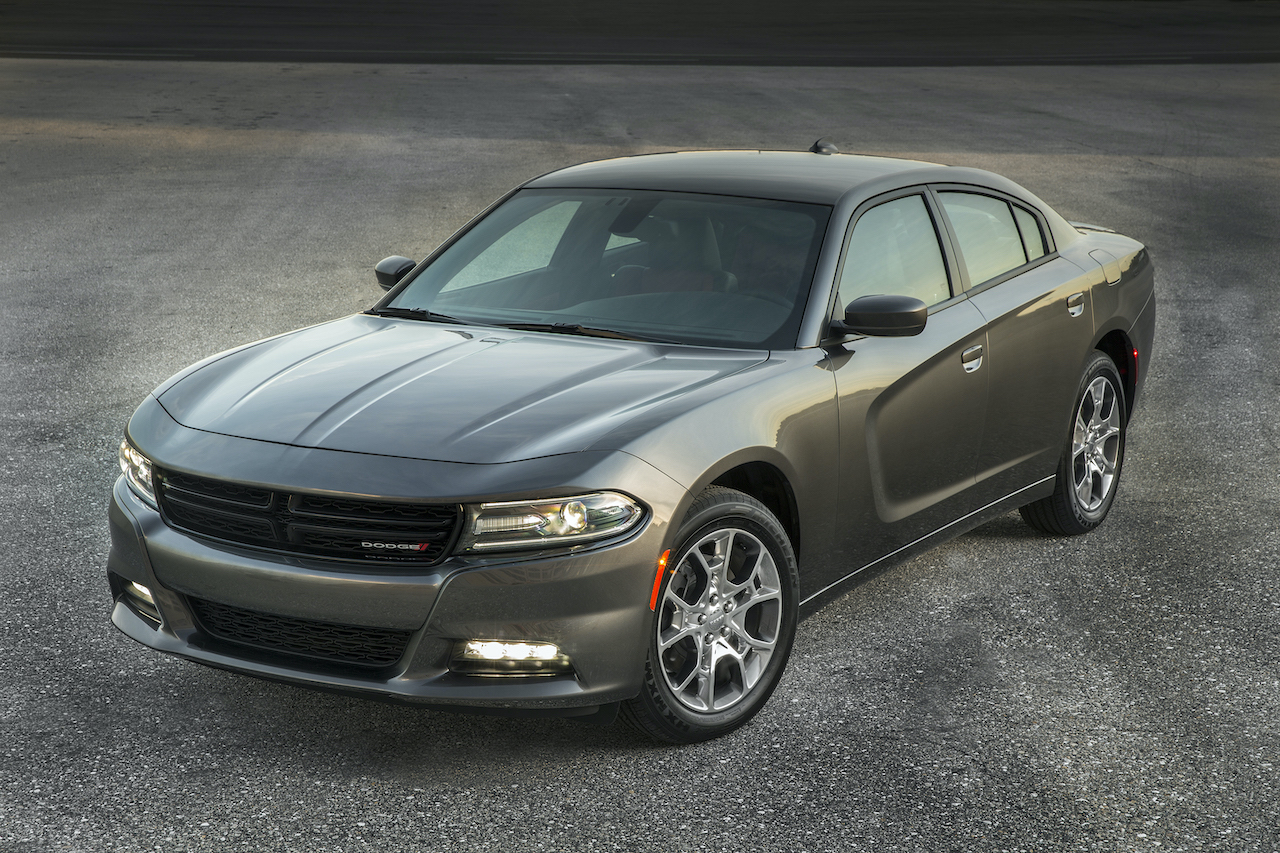 Everybody talks about the Hellcat, but a 700+ horsepower sedan that doesn’t work in the snow is a tough proposition. For daily use, there’s nothing at all wrong with the 300 horsepower base model Charger. It still looks tough, especially when parked next to your average Toyota Camry or BMW 3-series. You can even get the SXT with AWD for added ill-weather driving confidence. Yeah, it only does 10.5 litres / 100 km on a good day, but think of all the legroom. 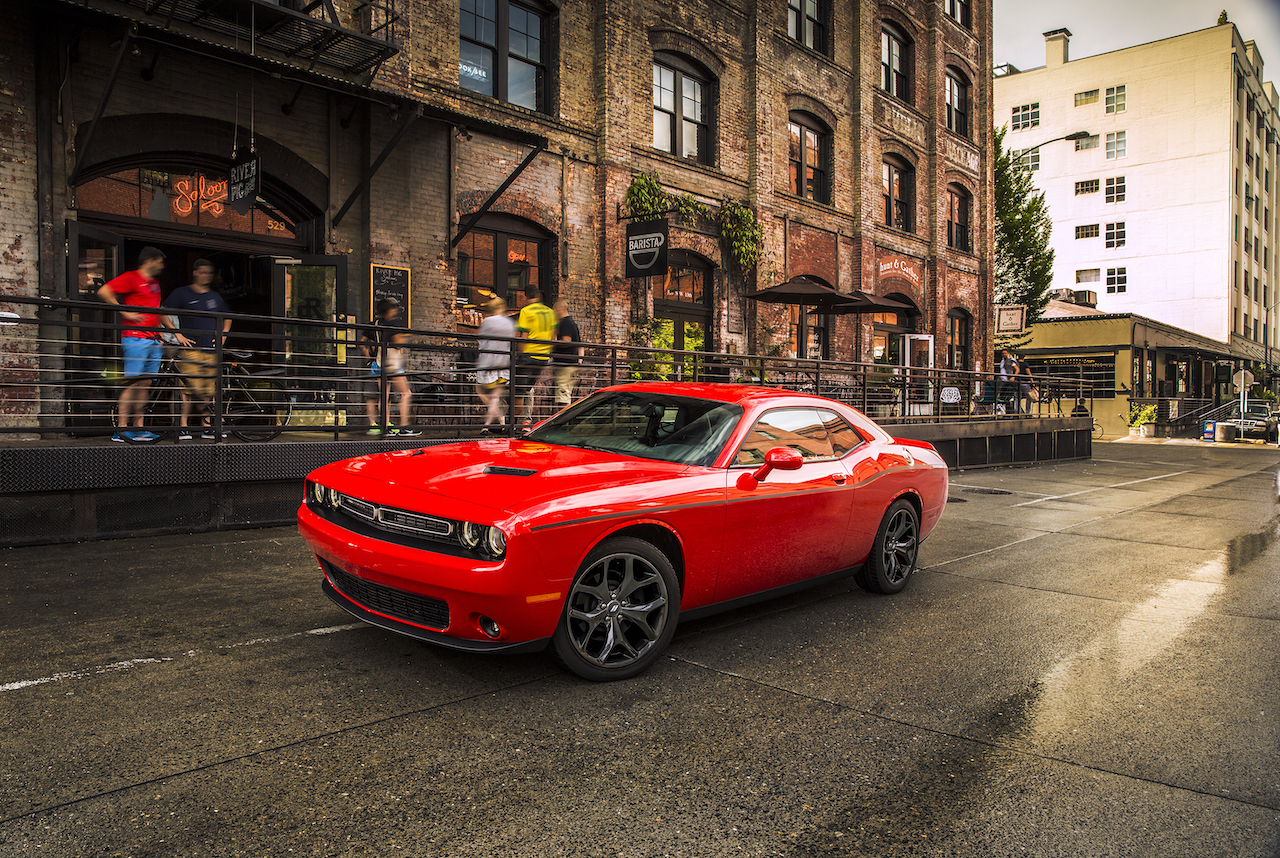 It’s the Charger with two doors and even more “muscle car cool factor”. Again, it’s now available with AWD—a claim that the Mustang and Camaro can’t (and presumably won’t ever) make. Also, don’t be surprised when your insurance company is kind to you about this one. Your uncle might give you the gears for only getting the V-6. But the truth is your 300 horsepower V-6 will eat his IROC Camaro for breakfast. Also, it won’t smell like 30-years worth of cigarette butts. 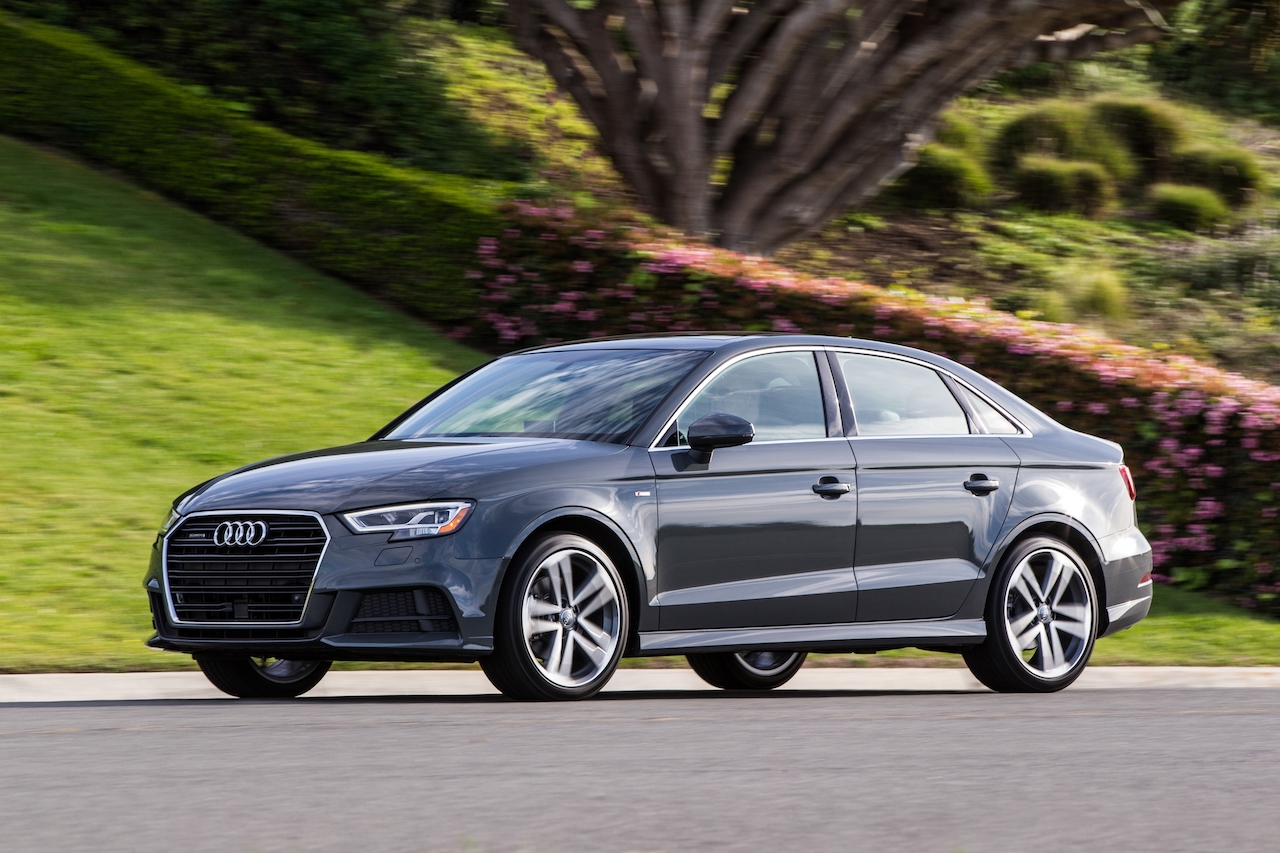 The Audi A3 uses the same 2.0-litre turbocharged four-cylinder engine as the Golf GTI, it’s also built on the same platform. However, because it’s an Audi, it comes with an air of quiet confidence and professionalism that the Golf GTI doesn’t… and Quattro all-wheel-drive. It’s a very grown-up option. Sure, if it were a person, it would be that keener from your college business marketing class who always showed up in business attire and actually did the reading from last week. But let’s face it, that was the first person you asked to be in your group for the final project. 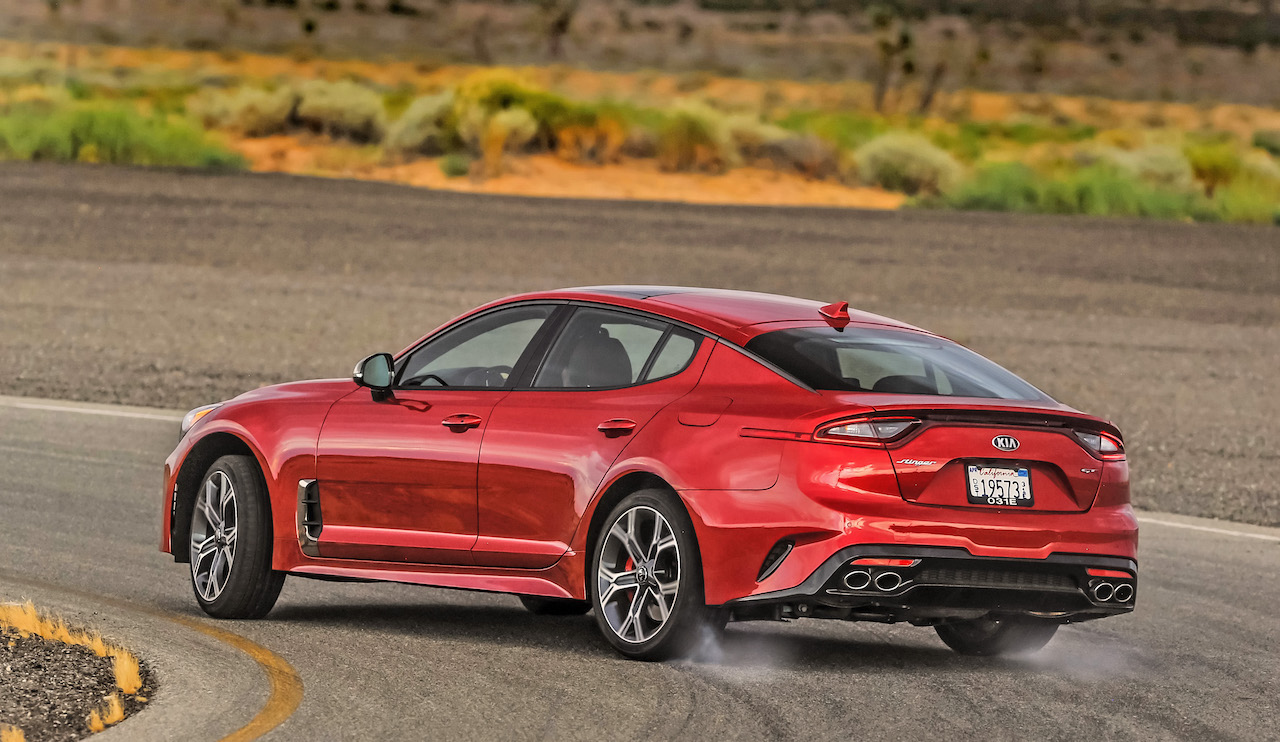 The Kia Stinger won AJAC’s Canadian Car of the Year award in 2019.  This means that we all have to collectively get over our notions of the “Kia” badge and recognize that this is one of the best cars starting under $40,000 (barely). It has up to 365 horsepower and can do 0 – 100 km/h in under 5 seconds. That’s Mustang GT levels of quick. It also has AWD and with up to 376 lb.-ft, available as early as 1300 rpm, that’s a recipe for never getting stuck in the snow. It only does 12 litres / 100 km, but that’s the price you pay for speed. 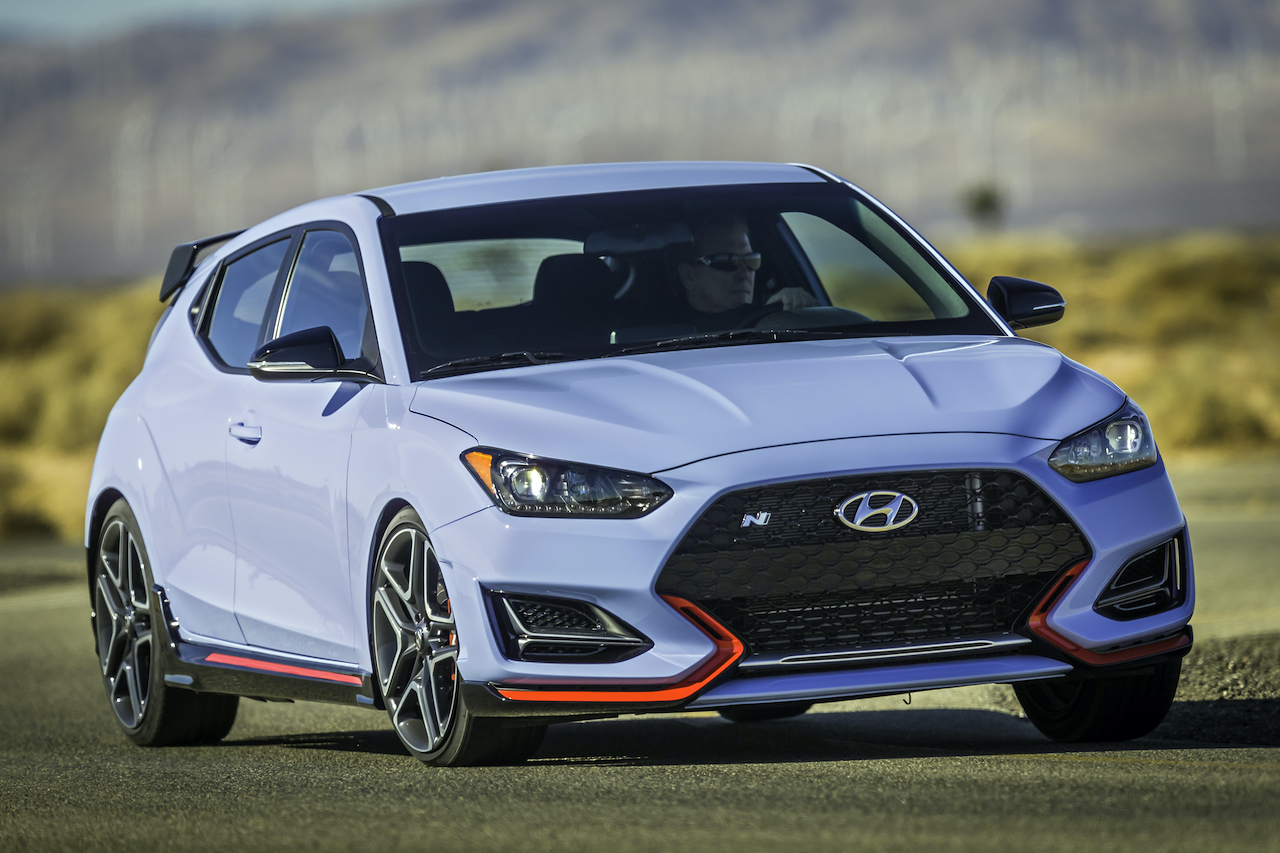 With its shouty looks, compact interior, weird, 3-door layout, and manual-only, front-wheel-drive-only options, this is arguably the least daily-driver car on the list… but also the most exciting. It’s 2.0-litre, turbocharged engine makes 275 horsepower and that makes it a performance bargain over other “hot hatch” competition. However, it will also do a reasonable 9.6 litres / 100 km/h. That’s a tempting proposition if you’re the sort of person who unironically wears cartoon characters on your t-shirt. 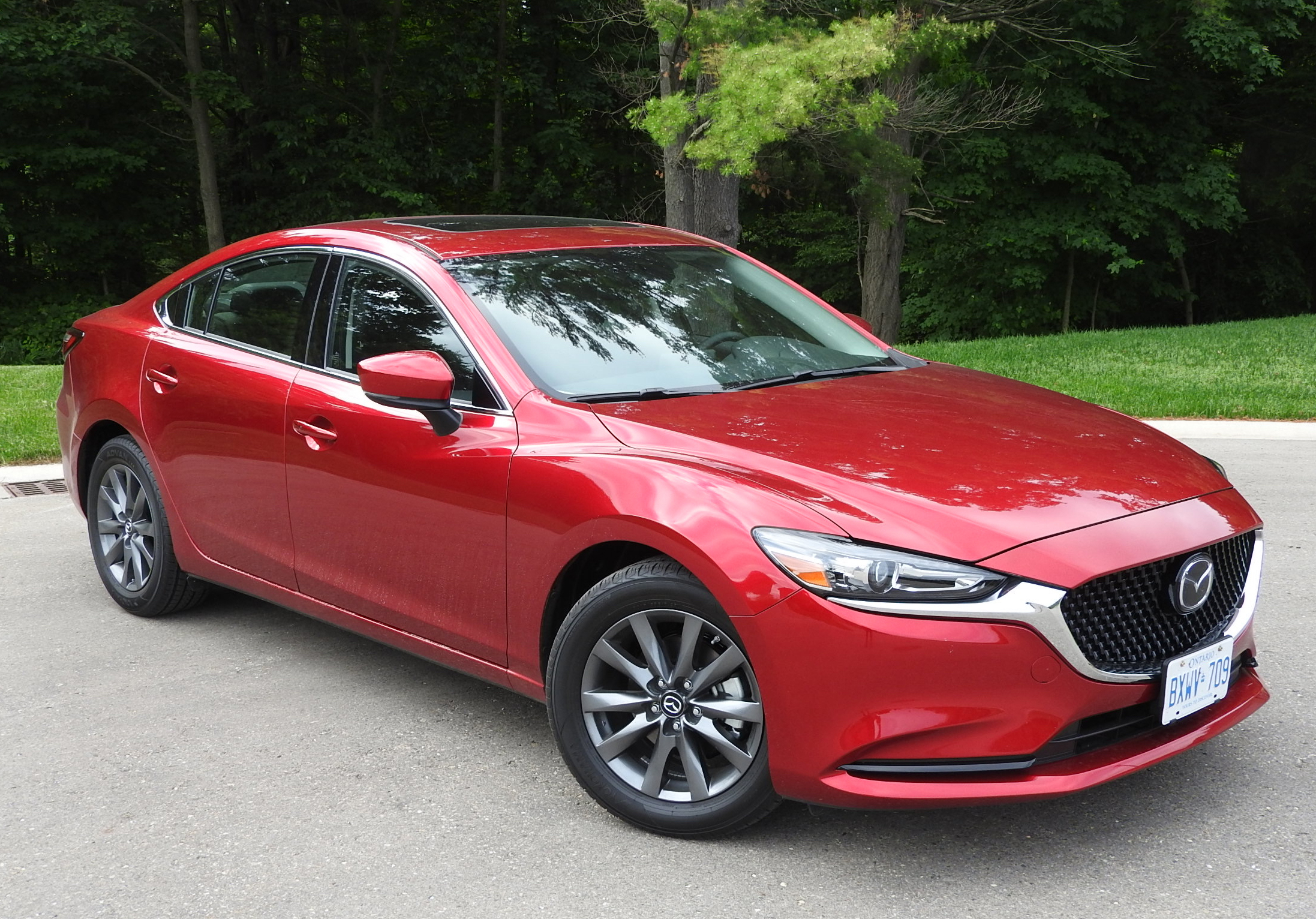 Mazda has begun to move away from sporty, economy looks in favour of a more luxury-focused flavour. So, you’ll look fairly dignified as you drive down the road in your Mazda 6, and you’ll be much comfier thanks to the 6’s much-improved interior. While lesser models will save you some coin, going for the GT is highly recommended due to its 250 horsepower and beefy 310 lb.-ft stemming from its Skyactiv 2.5-litre turbocharged engine. It should also do a very livable average of 9 litres / 100 km (according to Mazda’s spec sheet).