It's impressive speed for the money 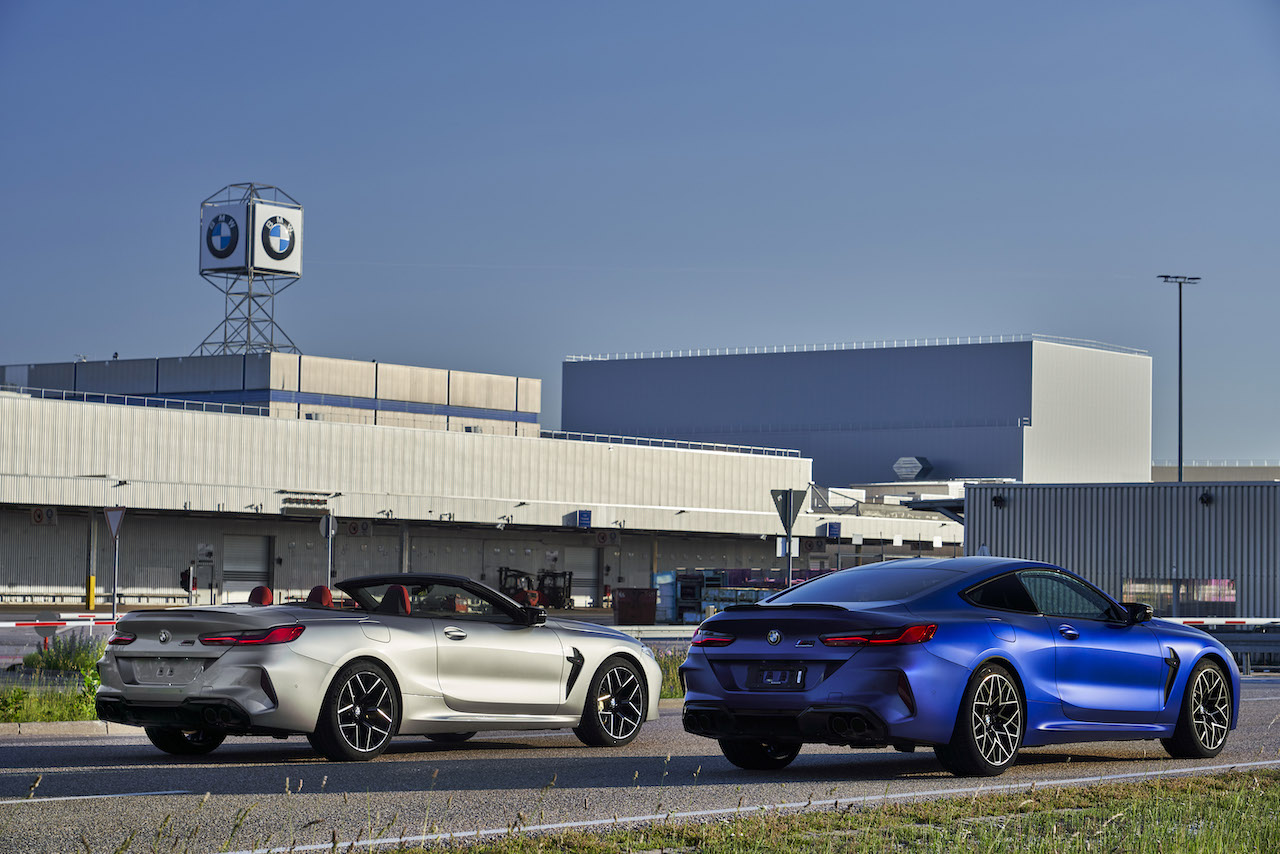 BMW’s M8 Competition is a two-seat monster. The most powerful car BMW builds, thanks to a 4.4L twin-turbo V8 that puts out 625 hp. It’s got an eight-speed automatic and an all-wheel drive system that lets you go tail out for max fun, and sends power all around for max acceleration. There’s even a computer-controlled limited-slip rear differential to plant the power. And for all that, it’s slower. 3.2 seconds for the run from 0-100 km/h. How much will that cost? BMW Canada hasn’t said yet, but with a $146,000 US list price, it’s well over double the price of a C8. 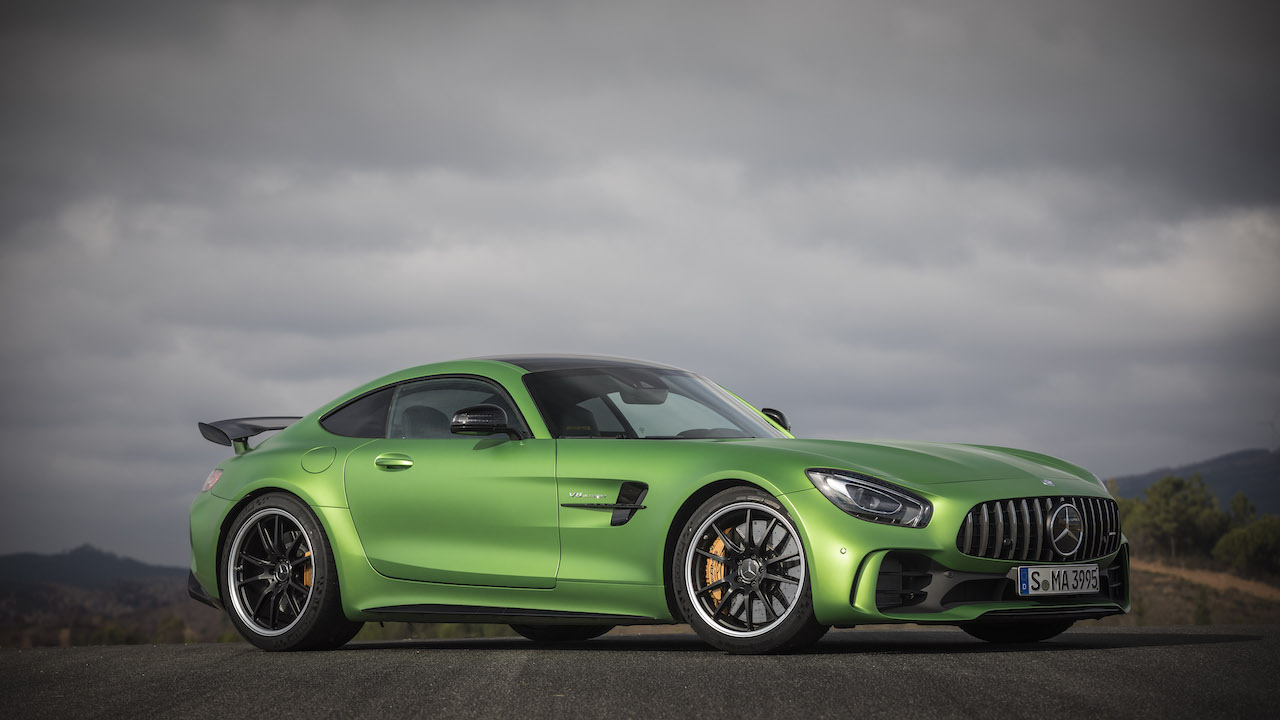 Quickest in the Mercedes stable is the Mercedes-AMG GT R. The track-focused version of the Benz super sports coupe. A 4.0L turbocharged V8 and 577 hp is just the start. This one gets a seven-speed dual-clutch Speedshift transmission. It gets a carbon fibre bit in the nose that reduces lift at speed. It’s even got adjustable air flaps that direct more air to the radiators when things get hot.

On the suspension side, the adjustable dampers are height adjustable for a setup tuned for your favourite racetrack. 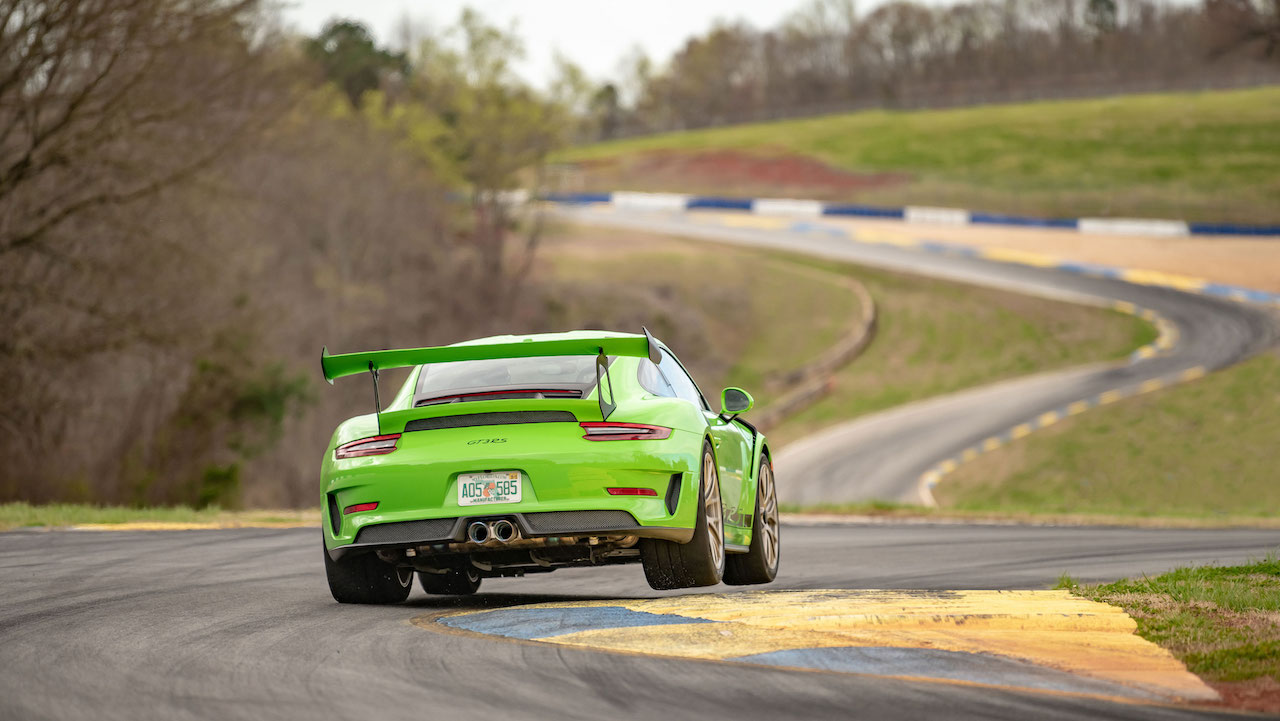 Porsche makes loads of 911 models. From base turbo to turbo turbo, to the track-ready ultimate versions. And, surprisingly, most of them are slower than the new Corvette. Take the 911 GT3 RS. A 4.0L naturally aspirated flat-six that makes 520 hp and can scream to 9,000 rpm. A seven-speed Porsche PDK box cranking out shifts like they’re going out of style.

There’s carbon fibre for the front hood, fenders, engine cover, and even that massive rear wing. Plus a lightweight plastic for the bumpers, lighter glass in the back, and even a magnesium roof. This one is designed to be the fastest N/A Porsche of them all. Which is why it costs triple the price of a C8 Corvette. And is at least 0.3 seconds slower to hit highway pace. 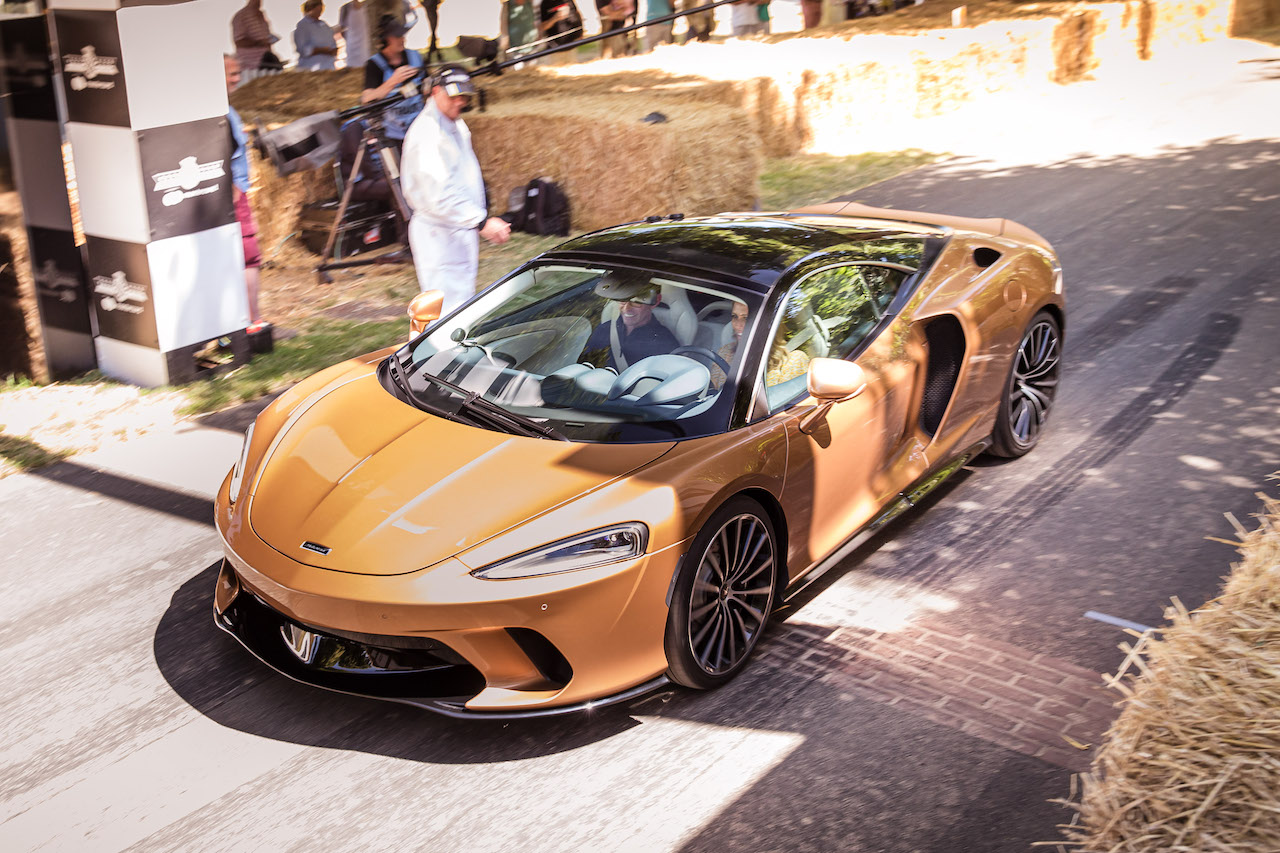 McLaren must be quicker right? After all, that company started with Formula 1 cars, then they built the F1, which was the fastest car around for years. Well, let’s take a look into their lineup. The automaker’s latest is called simply the GT.

They call this one fast. That even applies to the infotainment, which the automaker said was one of the fastest-operating of any car. But what about the engine? A 4.0L twin-turbo V8 that manages 620 hp. This is a car that looks as fast as the wind. With a starting price of ¬£163,000, it costs like the wind, too. But it’s slower. Taking 3.2 seconds.

What’s that you say? The GT isn’t the pinnacle of the McLaren lineup? That’s true, so let’s take a look up the ladder. To the 720S. That’s the ultra-lightweighted version that was the first of the second-generation Super Series from Macca. 1,283 kg thanks to the carbon chassis and carbon panels. It boosts the 4.0L twin-turbo engine to 720 hp. It hits 100 km/h in 2.9 seconds. So that’s a tie, right? Maybe. All Chevrolet said was “under 3.0 seconds.” We’re assuming that means 2.9. Which ties the 720S. But it could just as easily be a tenth quicker and blow the 720S out of the water. 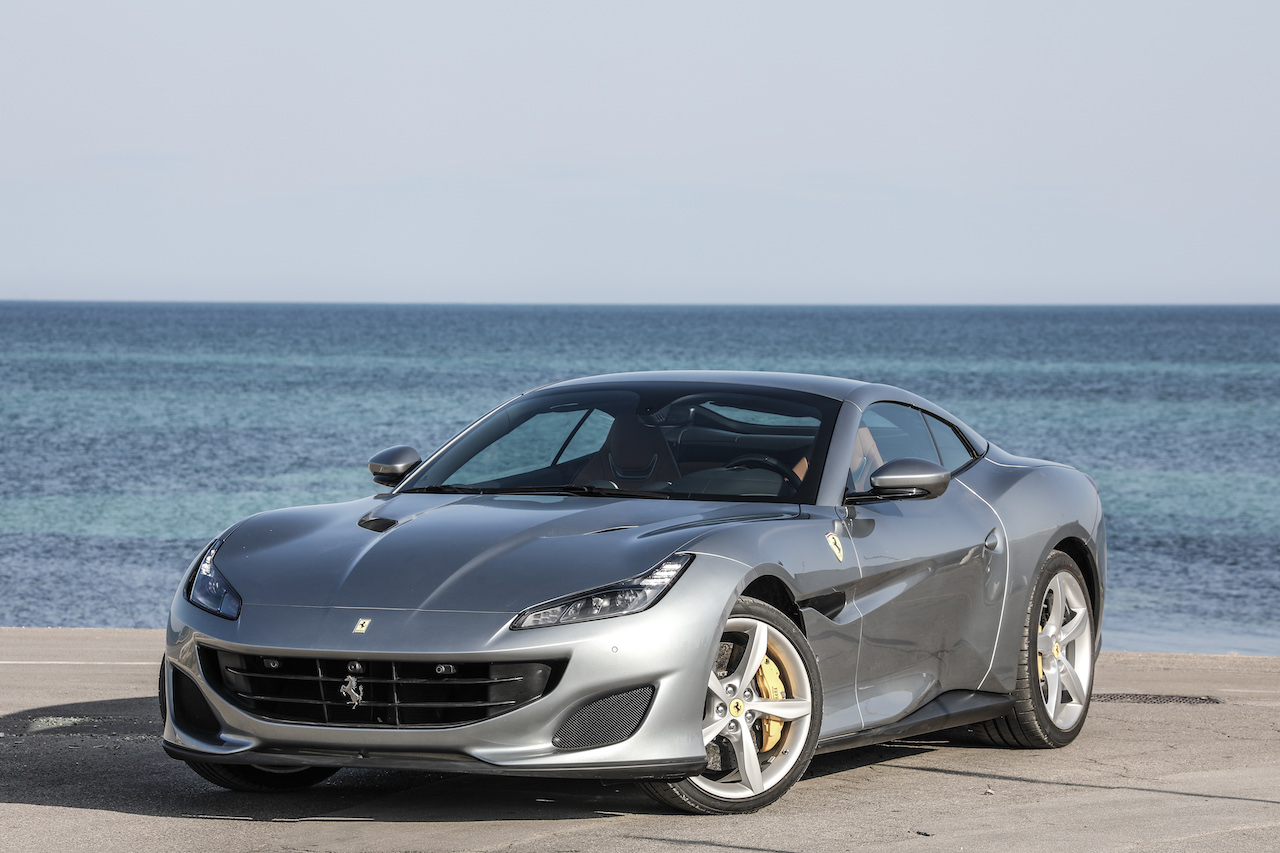 How about at Ferrari? They should be able to put the Corvette to shame, right?

Prancing horse engineers used a dozen different aluminum alloys to help shave weight. Special new castings, dashboard changes, even a new electrical system made it 80 kg lighter than the California T it replaced. Then there’s the engine. A 3.9L twin-turbo V8 that puts out an impressive 592 hp at 7,500 rpm and 561 lb-ft of torque. There’s a seven-speed dual-clutch gearbox tuned for even faster shifts. And a variable exhaust that gets louder depending on how you’re driving. Even with magnetic shocks, the Portofino comes up short at the finish. The best it can do is a 3.5-second run to 100 km/h. 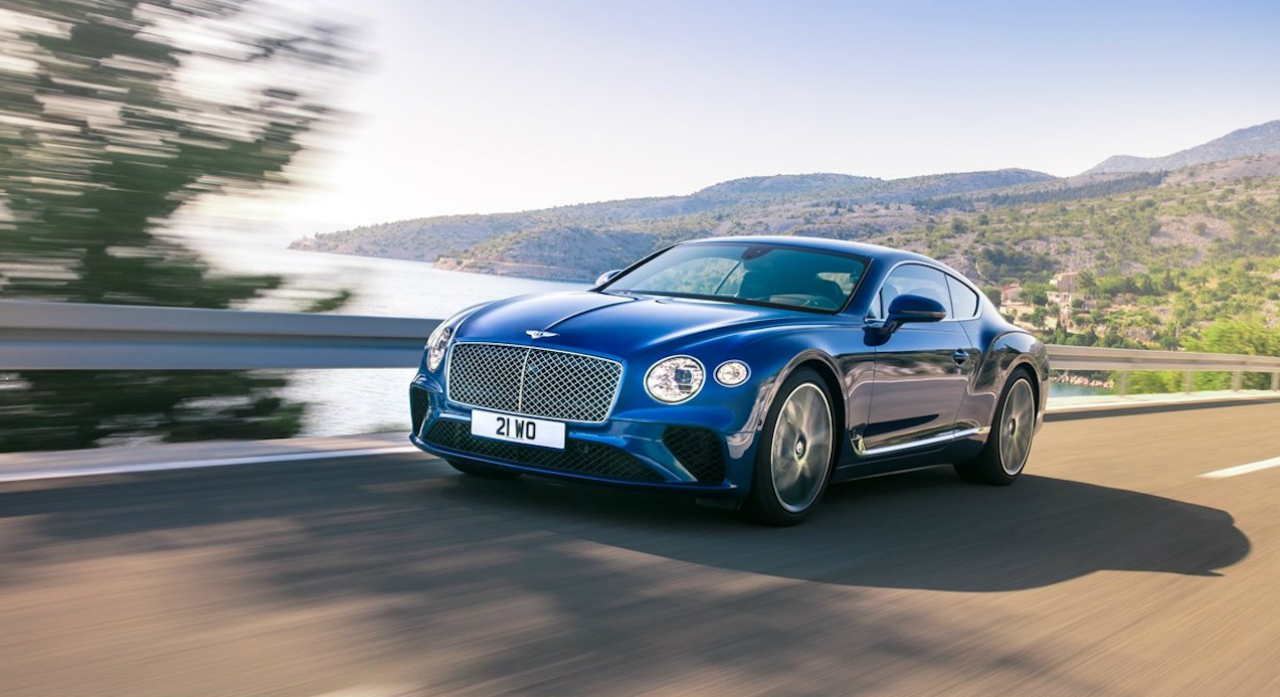 Bentley might be known more for massive power than outright acceleration, but that doesn’t mean that their cars are slow. The latest generation W12 model sports a 6.0L W12 engine that puts a pair of turbochargers to good use. Making 626 hp and 664 lb-ft of torque. Thanks to an eight-speed automatic and all-wheel drive, this luxury coupe that’s nicer than your house is also much quicker than your house. But it’s still not quicker than the C8 Corvette, coming up 0.6 seconds shy. 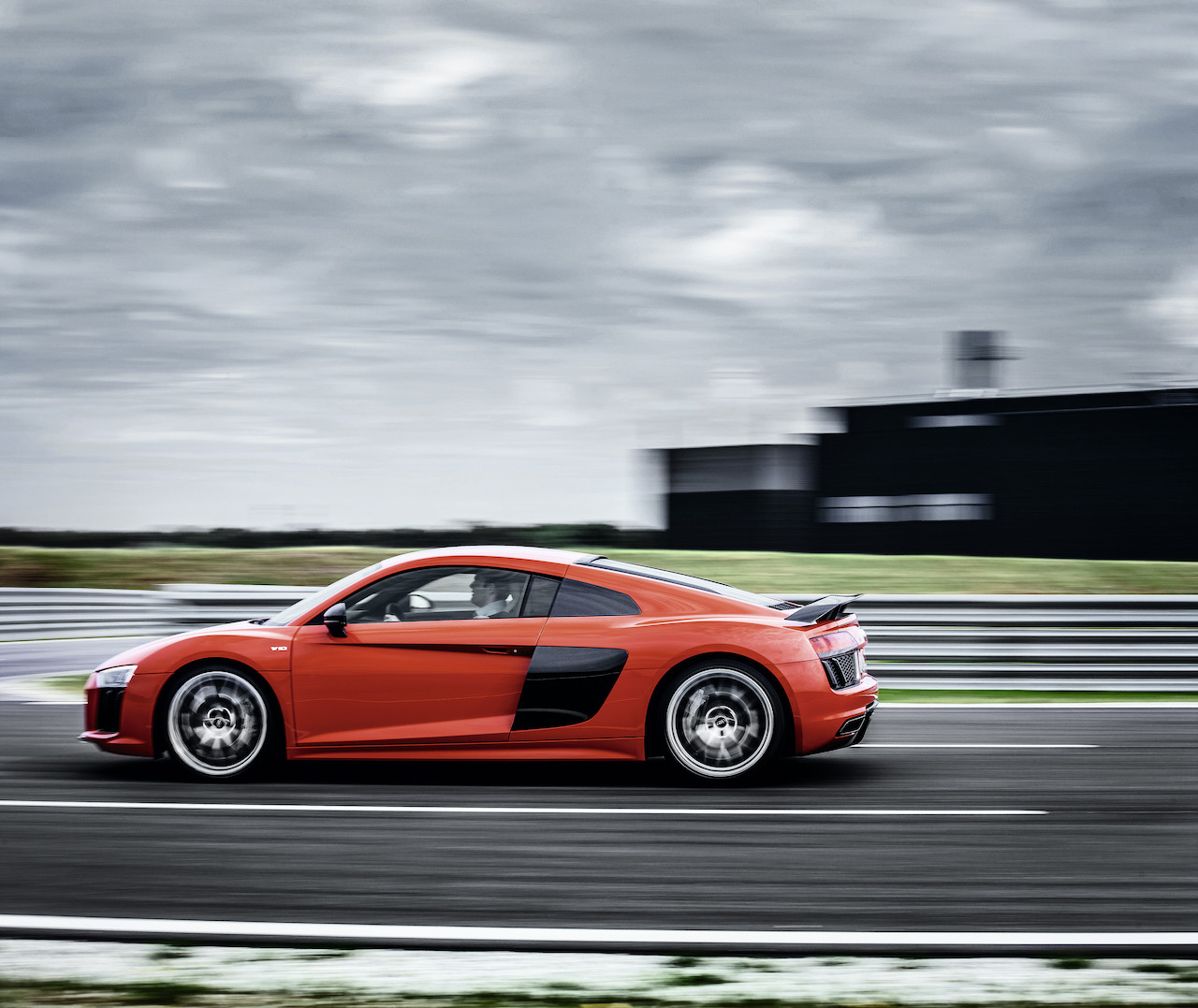 Audi’s R8 roadster is a mid-engined look at the future. After all, this is the car Iron Man drove, right? The two-seater gets big traction thanks to quattro all-wheel drive, but it also gets a big engine. A 602 hp naturally aspirated V10 that will likely be one of the last V10s on the market. Sad, but probably inevitable. Carbon fibre, quattro, and side blades are no match for the new Corvette, with the R8 V10 Plus feeling a little more minus with a 3.4-second run to 100 km/h. 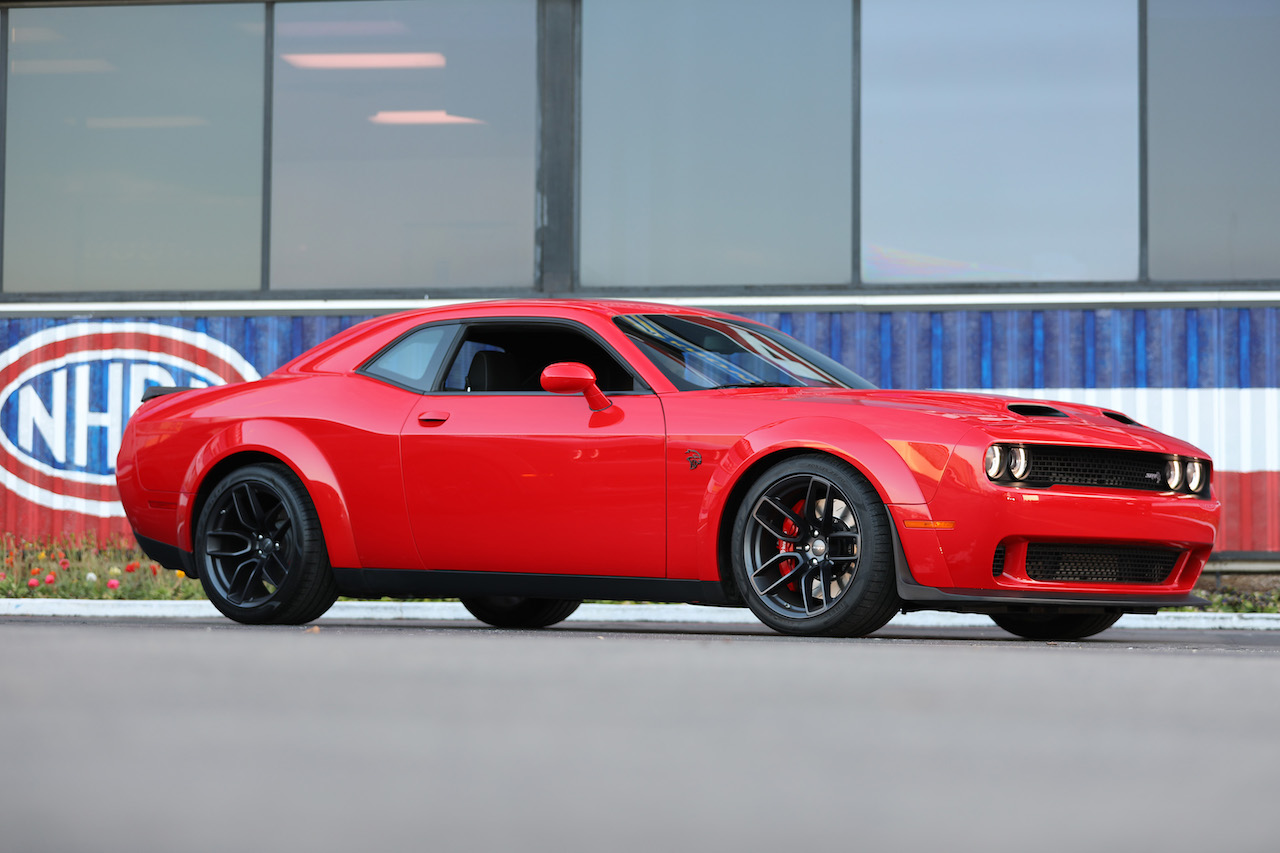 If you want to triple the price of a base Challenger SXT, Dodge is happy to let you do it. Of course, they’ll nearly triple the horsepower rating too. That’s 797 hp from a 6.2L supercharged V8. This one’s full of drag racing tricks. Like two fuel pumps, a massive dual-snorkel intake on the hood. The ability to build boost before you launch. And a trick that lets the air conditioning cool the supercharger while you’re on your way back to the launchpad. It’s so ready for the track that you can get rid of the seats as an option to help save a few kilos.

But as ready for the quarter-mile as it is, this too falls to the impressive acceleration that the eighth-generation Corvette can offer.

The DB11 is Aston Martin’s flagship grand tourer. But that hasn’t stopped them from making some impressive special editions. The greatest is the DBS Superleggera. The DBS part of the name is iconic for Aston, and the Superleggera refers to the Italian coachbuilder who helped build some of the greatest Astons of the 1960s and 1970s.

The DBS uses a chassis made from bonded aluminum for lightness. It makes more downforce than any mass production Aston ever. Carbon fibre helps slash weight. And a 5.2L twin-turbo V12 puts out 715 hp and 664 lb-ft. Enough to help make sure Bond gets away, but not if the baddy is behind the wheel of the new Corvette. 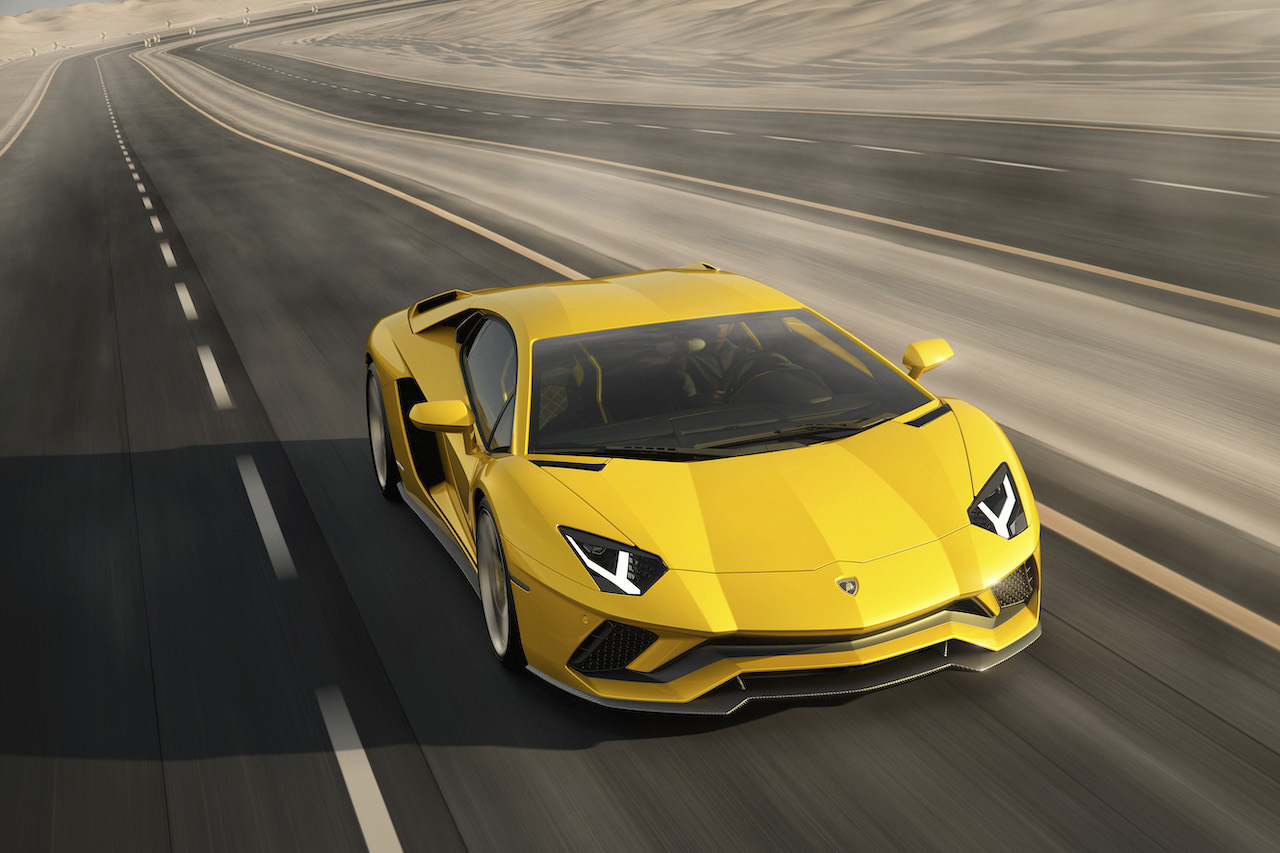 The Aventador S stickers for nearly half a million dollars. And we’re guessing most of them trade for more than that once you add in a few of the best from the options list. For that price, you get a carbon fibre monocoque chassis. You get a seven-speed automated manual. You get electronically controlled all-wheel drive. And you get an engine. Do you ever get an engine.

A 6.5L V12 that will convince you the hills are alive with the sound of horsepower. It makes 730 hp at a stratospheric 8,400 rpm. There’s an active suspension, carbon fibre brakes, and four-wheel steering. What there isn’t is a Corvette in your rearview mirror, because the new ‘Vette is quicker.