11 of the Safest Vehicles Sold in Canada

According to the IIHS

Join the Conversation (0)
Safety is understandably at or very near the top of considerations for many shoppers when looking for a new vehicle. After all, 2000kg of metal and plastic can make quite an impact on passengers when things go awry. No one wants to drive around in a deathtrap.

While you and I are probably doing our best to stay out of the ditch, the good folks at the Insurance Institute for Highway Safety intentionally wreck hundreds of vehicles each year – all in the name of science, of course. After examining the results and sweeping up the debris, the organization bestows its coveted Top Safety Pick+ only to a select few.

To qualify for Top Safety Pick+ in 2019, a vehicle must earn “good” ratings (this is the highest rating) in no fewer than six crash tests. The driver- and passenger-side small overlap front crash is new and particularly brutal, firing the car into a situation that mimics hitting a light pole or end of a concrete barrier in the car’s headlight area.

Traditional side, roof strength, and head restraint tests in which a vehicle must earn a “good” rating are no less rigorous. It also must earn an advanced or superior rating for front crash prevention and a good headlight rating. The latter is particularly evasive despite the proliferation of LED lamps. Vehicles with optional front crash prevention qualify for either award only when equipped with the technology.

With that in mind, we have assembled the eleven biggest vehicles to earn a Top Safety Pick+ for the 2019 model year, plus two honourable mentions. Buckle up as we ride through the list. 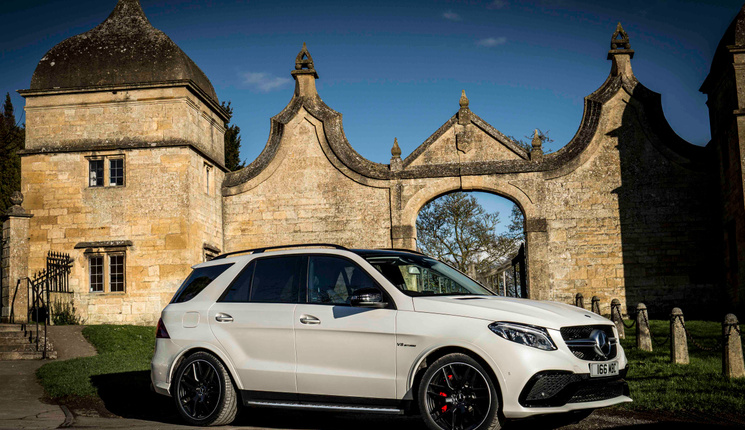 According to test results, the driver space was maintained reasonably well with maximum intrusion of the lower interior of 18 cm at the footrest. The instrument panel intruded 9 cm. Measures from the dummy indicate that injuries to the left lower leg would be possible in a crash of this severity. The risk of significant injuries to other body regions is low. The dummy’s movement was well controlled, something your author’s spouse does not say about him. Note that the optional headlights mentioned appear on the GLE 350 trim equipped with the Premium 2 or Premium 3 package. 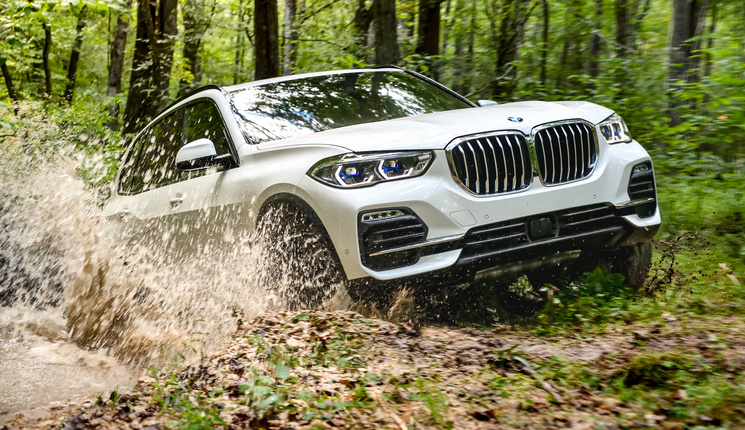 The driver space was maintained well, with maximum intrusion of the lower interior of 12 cm at the footrest. Measurements taken from the dummy indicate a low risk of any significant injuries in a driver or passenger side small overlap crash. The dummy’s head loaded the frontal airbag, which stayed in front of the dummy until rebound. The side curtain airbag has sufficient forward coverage to protect the head from contact with a side structure and outside objects. The optional headlights required to earn the high marks are found on X5s with the Icon Adaptive Headlights with Laser Light package or Executive trim. 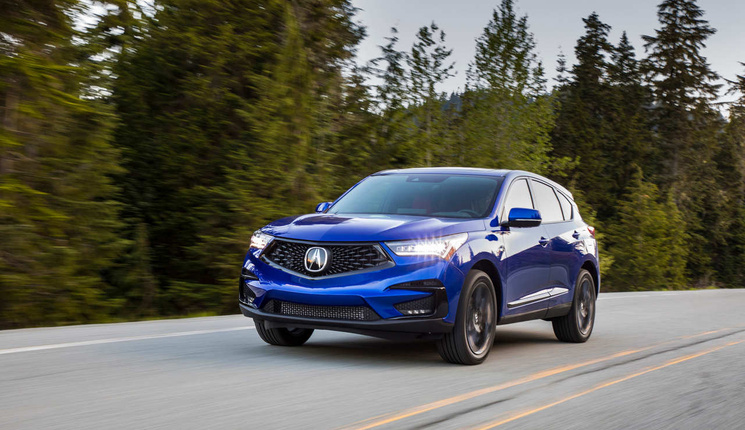 As with the Bimmer, measurements taken from the dummy indicate a low risk of any significant injuries in a crash. After the dummy moved forward into the frontal airbag, it rebounded into the seat without its head coming close to any stiff structure that could cause injury. In a t-bone style wreck, it was determined that the dummy’s head was protected from being hit by any hard structures, including the intruding barrier. All models except the Advance trim have sufficient forward lighting to earn top marks. 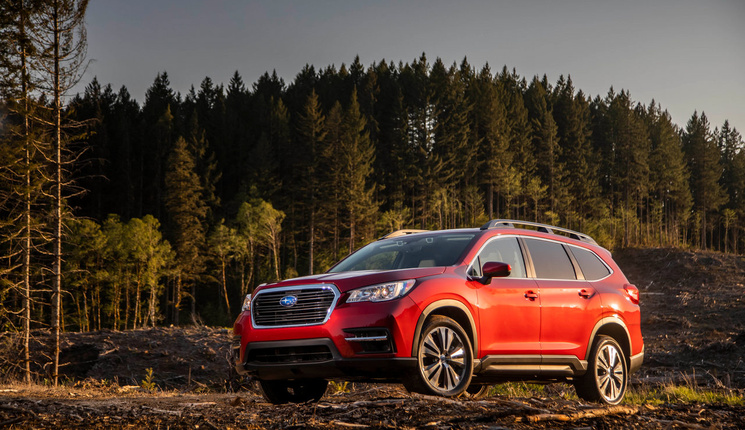 The driver space was maintained well, with maximum intrusion of the lower interior of 4 cm at the footrest. Upper interior intrusion measured 2-3 cm at the upper hinge pillar and instrument panel. Measurements taken also indicate a low risk of significant injuries in an overlap crash. The side curtain airbag deployed and has sufficient forward coverage to protect the head. Be aware that the Limited and Touring trims are the two models whose headlights pass muster. 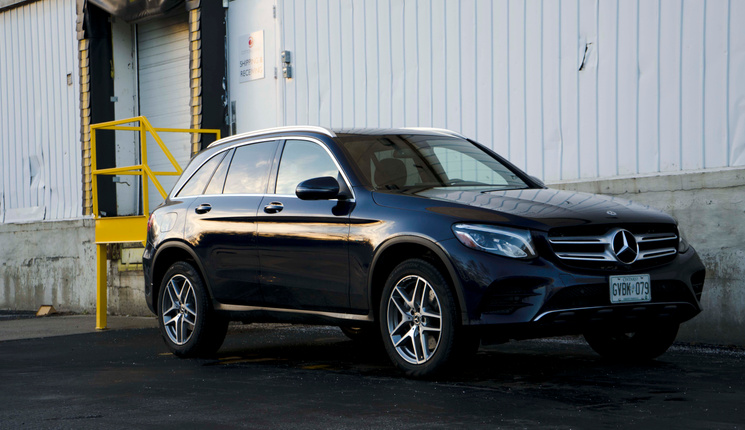 In a driver’s side small overlap crash, the dummy’s head contacted the frontal airbag but rolled to the left because the seat belt allowed excessive forward excursion of the head and torso. Still, the side curtain airbag deployed and has sufficient forward coverage to protect the head. Both the driver and passenger spaces were well maintained in these types of wrecks. The GLC 300 trim equipped with the Advanced Lighting package was the only one to receive a “good” rating for its headlights. 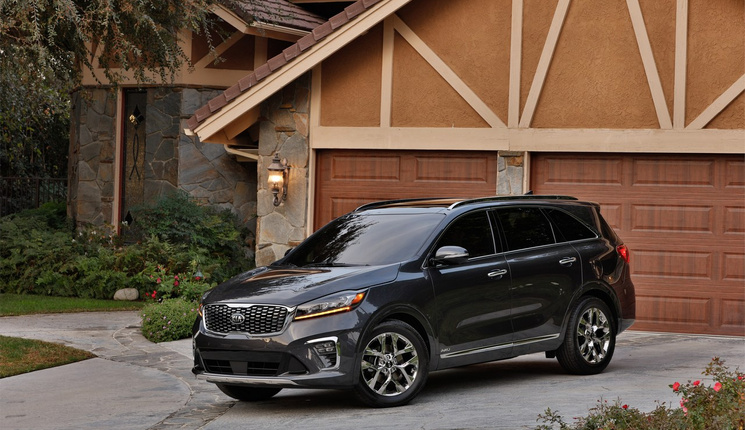 In side-impact testing, the crash test dummy indicated a low risk of any significant injuries in a crash of this severity for both the driver and passenger. The dummy’s head was protected from being hit by any hard structures, including the intruding barrier, by various side airbags. In an overlap crash, the IIHS says both the passenger and driver spaces maintained their shape well. Buyers will have to pony up for either the SXL trim or the SX trim equipped with the SX Touring package to own a Sorento with top performing headlamps. 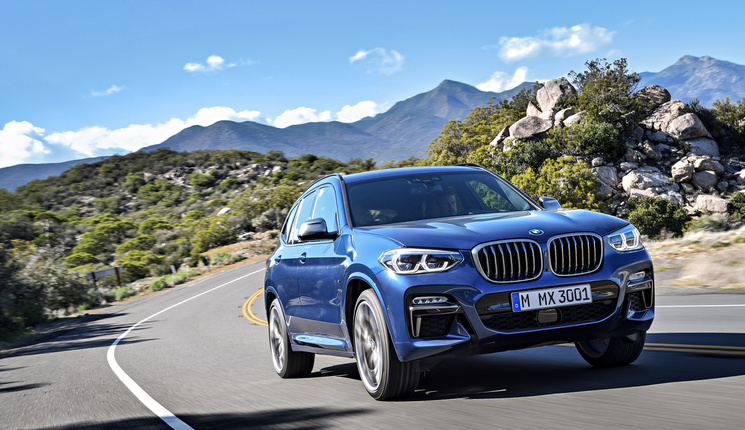 When hammered into a barrier simulating a driver’s side small overlap crash, the driver space held up well, with maximum intrusion of the lower interior of 5 cm at the left portion of the toepan. A maximum intrusion of the upper interior of only 1 cm was measured at the instrument panel and upper hinge pillar. Look at that amount of length on a ruler. Not much, is it? Be sure to buy the xDrive30i trim equipped with Executive package for the best headlights 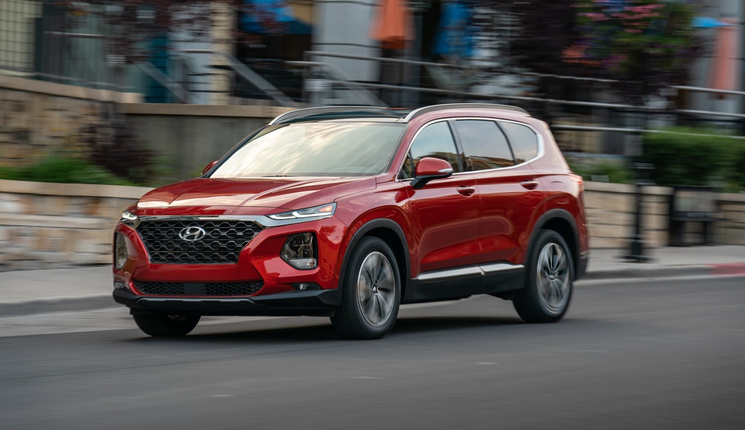 Be aware this section refers to the new-for-2019 Santa Fe, the one with two rows of seating. Like others on this list, the IIHS says that measurements taken from the dummy after the three individual overlap tests indicated a low risk of any significant injuries in crashes of this severity. The movement of the dummies was well controlled with their noggins properly loading into the frontal airbags. As for headlights, spring for the Limited or Ultimate trims for best results. 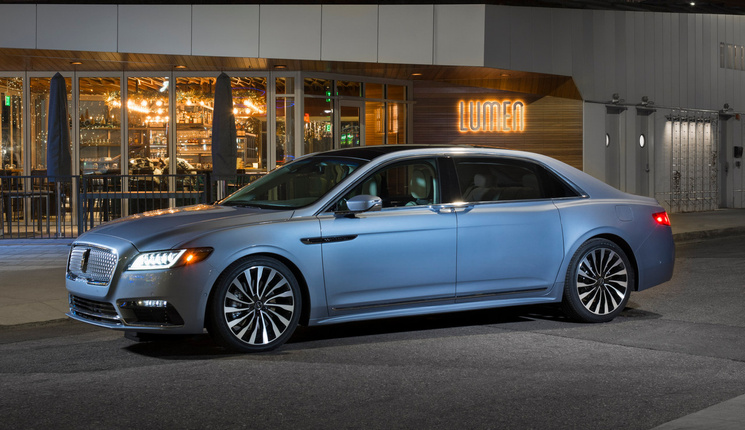 Following those large- and mid-sized SUVs, we move into the realm of large sedans. Despite being positioned much lower to the ground than those taller vehicles, the driver and passenger spaces maintained well, with maximum intrusion of 5 cm. The hinge pillar and instrument panel areas intruded about 4cm on both the right and left sides of the front passenger compartment in overlap crashes. Headlights? You’ll need to be in a Reserve trim with either the Luxury or LED Headlight package to qualify for Top Safety Pick+. Snazzy-pants Black Label trims work, too. 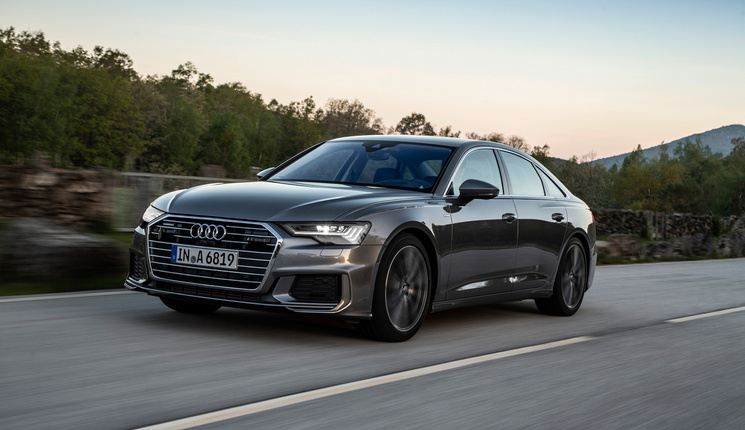 The new A6 did well in overlap testing, with the IIHS saying that measurements from the dummy indicated possible injuries to the driver’s right lower leg in a crash of this severity. Same goes for the passenger’s left lower leg. The risk of significant injuries to other body regions is low, which speaks to an SUV’s inherent advantage of sitting high off the ground. Only the entry-level trim fails to earn top marks for its headlights. 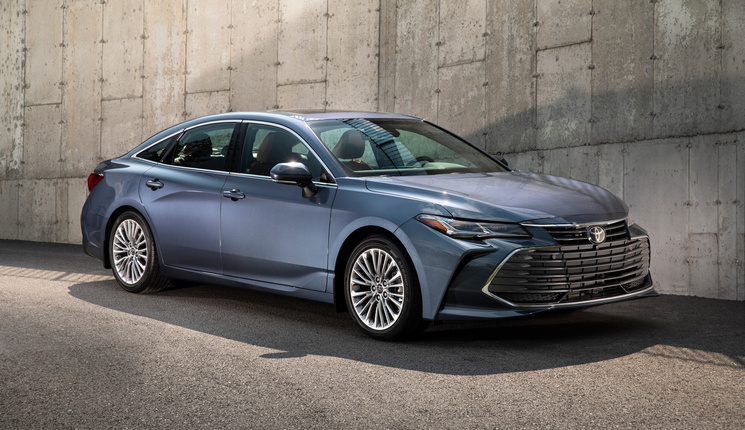 The big Avalon sedan has been the recipient of “good” scores in all crash testing for the last ten years and has seriously upped its headlight game in the last three. The coveted Top Safety Pick+ rating applies only to 2019 models built after September 2018, when the shape and vent hole size of the passenger frontal airbag were modified to improve occupant protection in passenger-side small overlap frontal crashes. Look for a Touring, Limited, or Hybrid Limited model for best headlight performance.


Buyers do not have to necessarily splash out big bucks for big safety, as proven by these two honourable mentions which earned a Top Safety Pick+ from the IIHS. 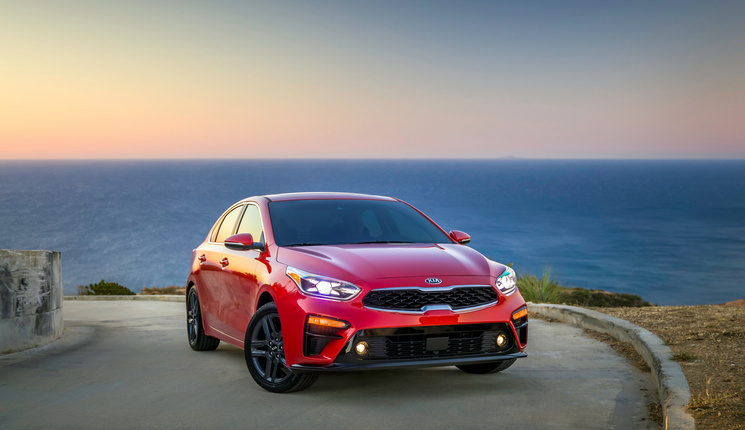 This is serious safety performance from an entry-level sedan. Driver and passenger spaces were well maintained in overlap wrecks, with measures taken from the dummies indicating a low risk of any significant injuries in crashes of this severity. EX and S trims – with optional Premium and Edition packages, respectively – are the ones to seek for the best headlamps. 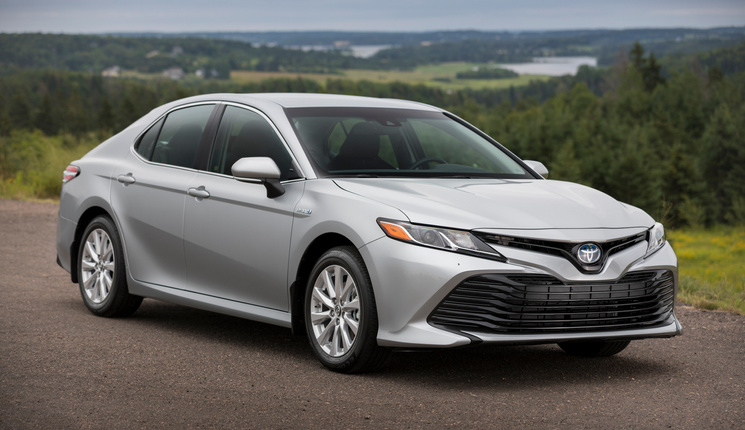 Camry is one of the best-selling midsize sedans and, with results like this, it’s easy to see why. Overlap-style crashes indicated low risk of any significant injuries while side-impact wrecks revealed the same. Buyers will have to get the Hybrid XLE trim equipped with an Adaptive Headlights package if they desire to have a whip with the full Top Safety Pick+ rating.