The most efficient gasoline-powered cars by EPA Class size

Join the Conversation (1)
While EVs are all the rage, there’s still something to be said for the internal combustion engine. Fuel efficiency has come a long way, especially in the last decade and now, there’s a fuel-efficient option for just about every class of vehicle.

If you’re looking for fuel efficiency absent of any other factors, then there’s a group of usual suspects you should consider.

From VW, the Golf and Jetta will both do roughly 7 L/100km. So will the Honda Accord and Chevrolet Spark. The Kia Rio, Nissan Versa, Toyota Corolla Hatchback, Honda Civic and Hyundai Accent all claim around 6.7L/100km.

But if you have a specific need in mind for your vehicle, such as size, towing capacity or even dare we say it, “fun”, here’s a handy guide to know which vehicles will let you go the furthest on a single tank. 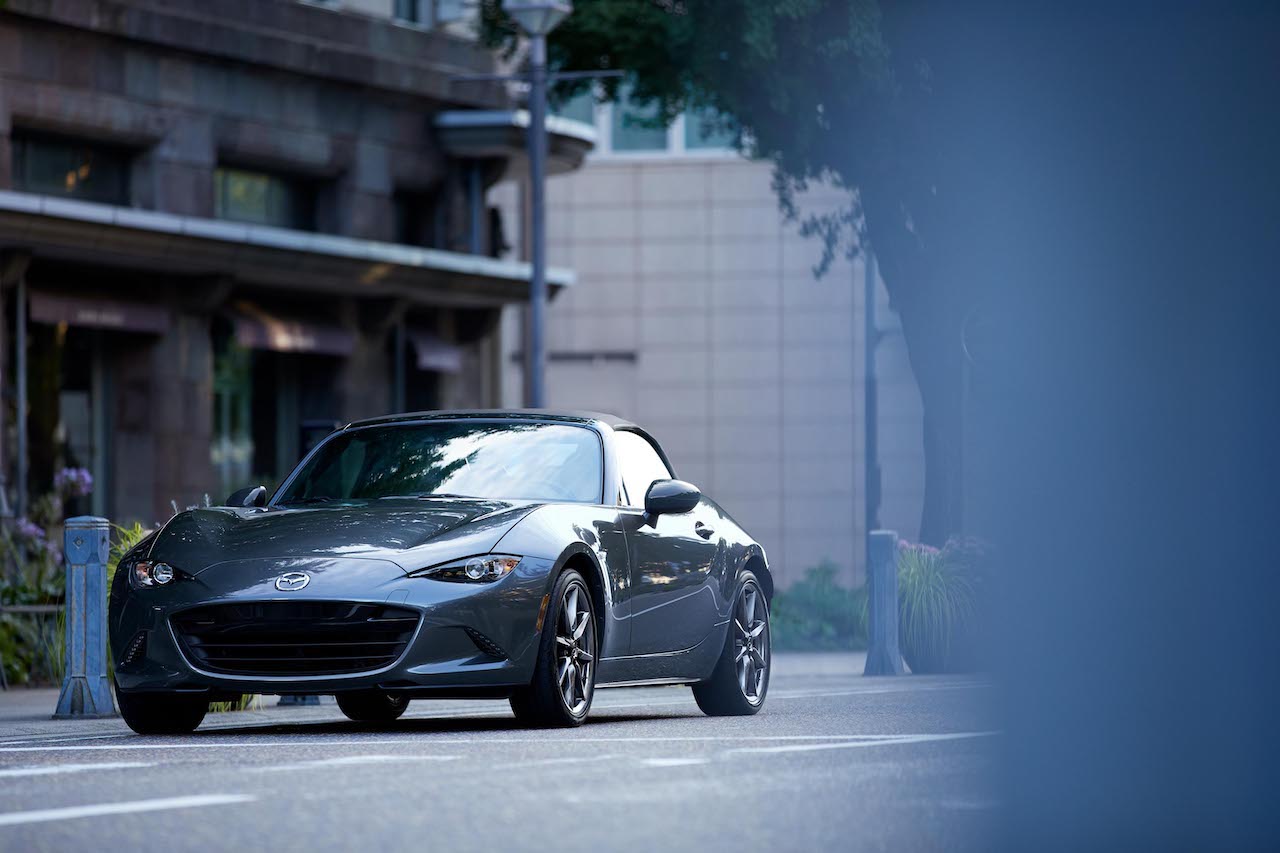 No surprises here. The MX-5’s light weight and 2.0-litre Skyactiv engine give it an edge in fuel efficiency. Just note that the automatic transmission variant is slightly more efficient than the manual for highway driving. 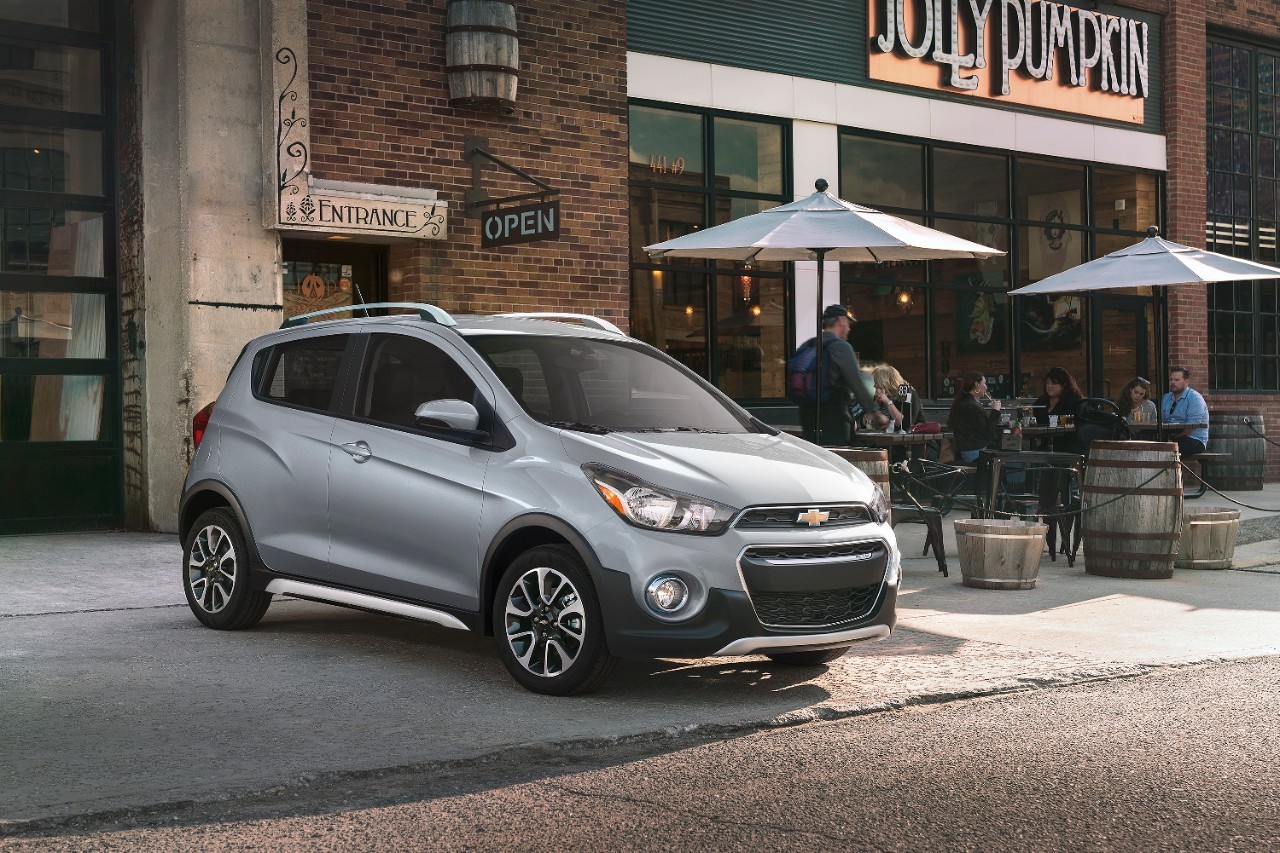 What may be a surprise is to see Chevrolet outperforming Japanese and South Korean rivals in this segment with the Spark. While the CVT variant may cost an extra $6,000 over the manual, it also does better fuel economy in the city. 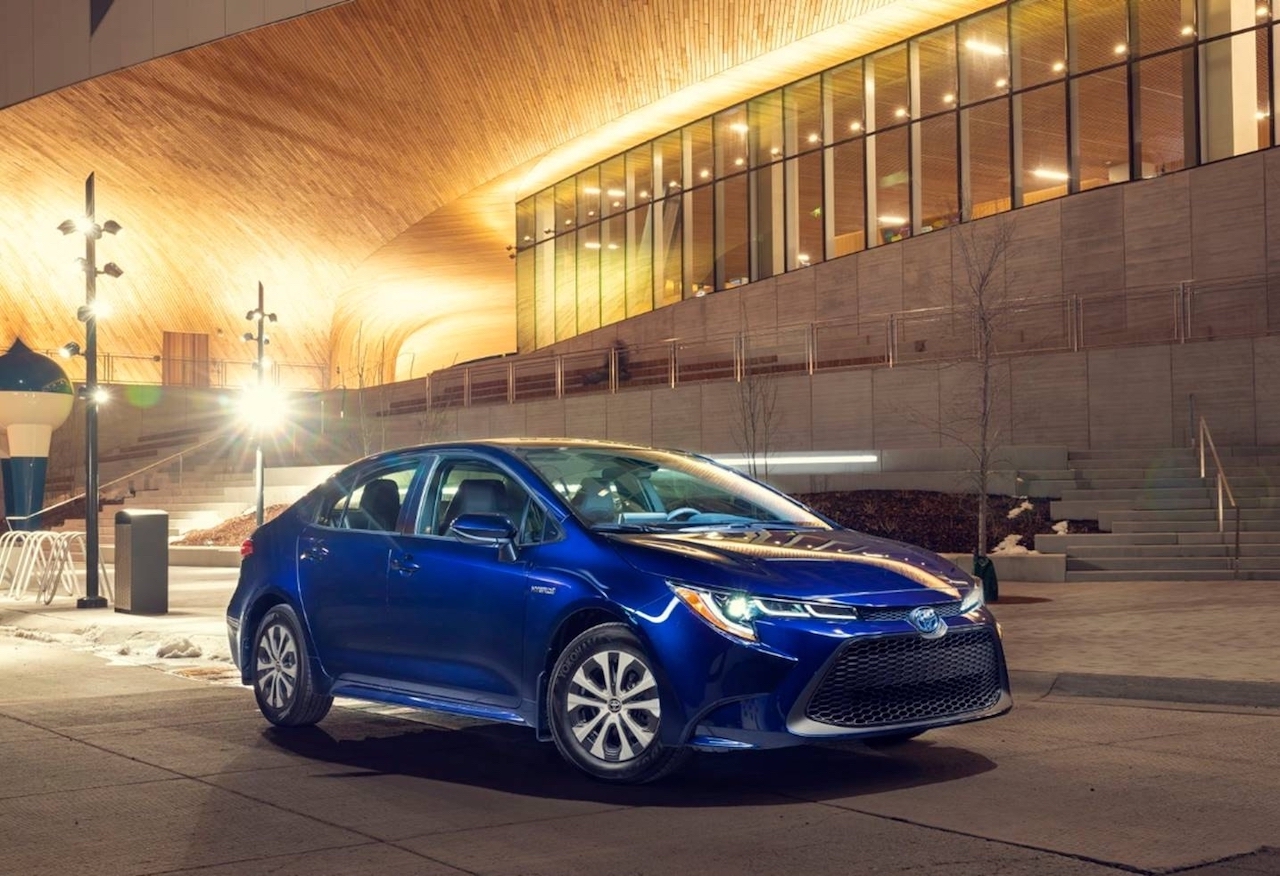 Is a hybrid cheating? We’ll leave that for the comment section to decide. You’ll still need to visit the gas pumps in a Corolla Hybrid, just significantly less thanks to its 1.8-litre 4-cylinder DOHC engine, an electronically controlled continuously variable transmission (ECVT), and of course, Toyota’s “Hybrid Synergy Drive”. 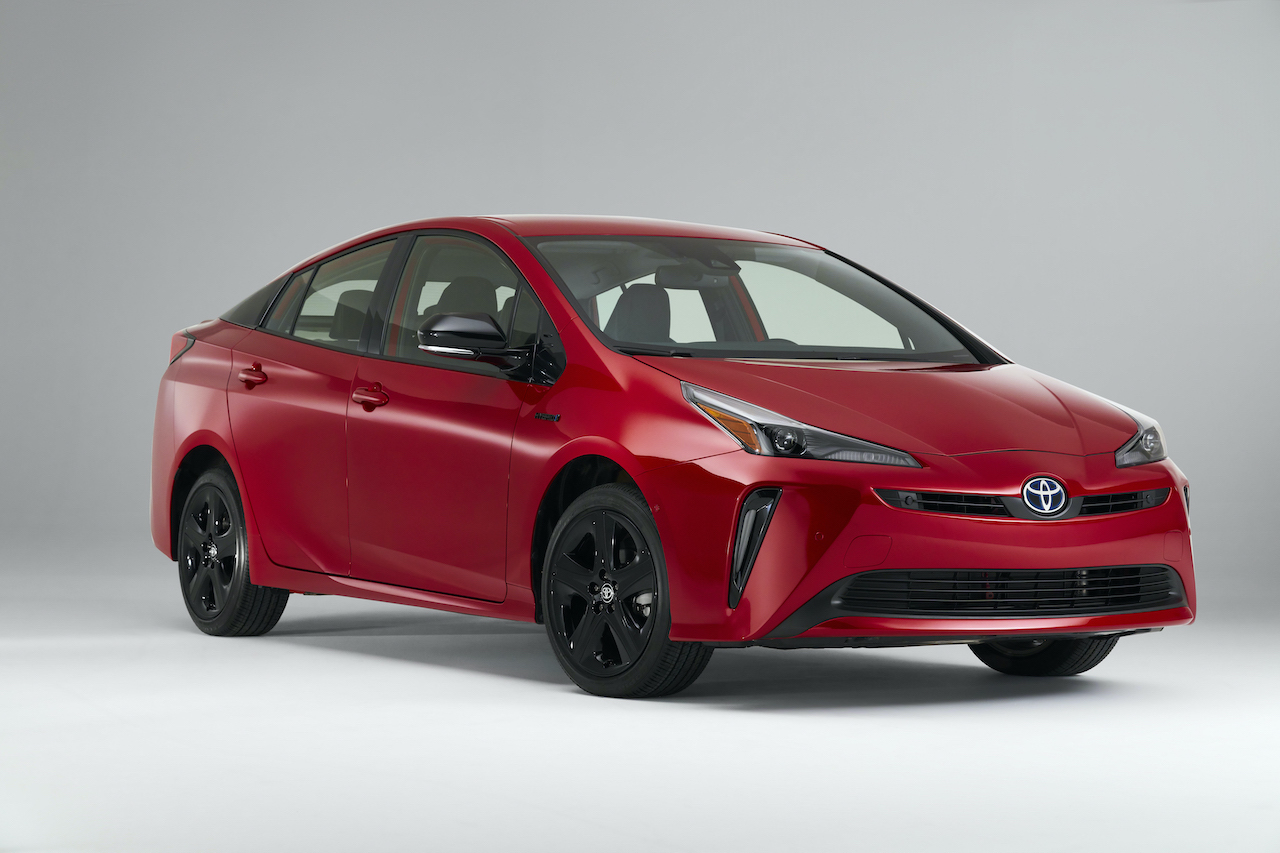 We tend to think of the Prius as compact car, but in actuality the EPA classifies it as a “midsize” car. The Prius achieves the same fuel economy as the Corolla Hybrid, utilizing the same 1.8-litre engine, ECVT and HSD systems. 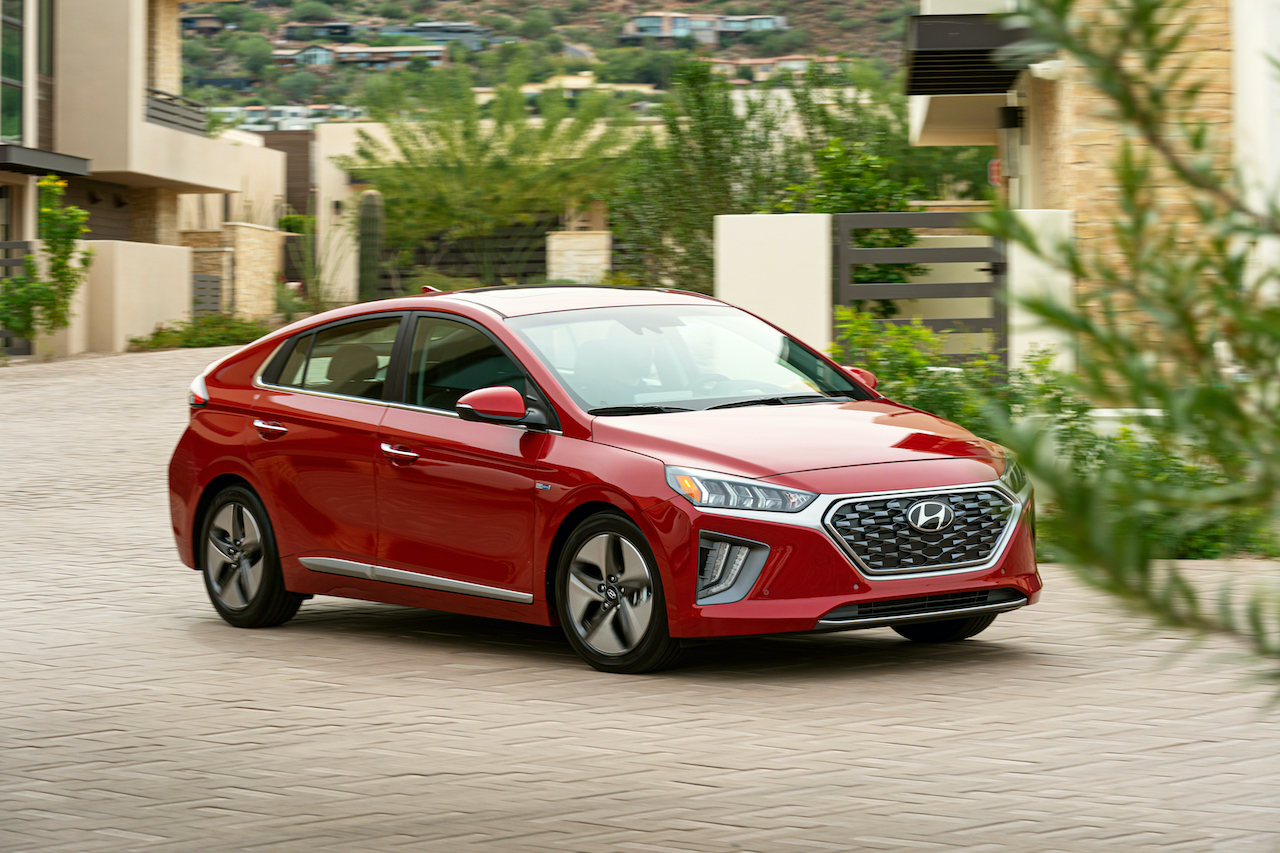 The IONIQ claims to be “Canada’s most fuel efficient car” and fueleconomy.gov seems to support that claim. Personally, I think the IONIQ has a lot in common with the 840-horsepower Dodge Demon. Both vehicles have figured out how to squeeze the absolute most out of the internal combustion engine… they just have different definitions of what “most” is. 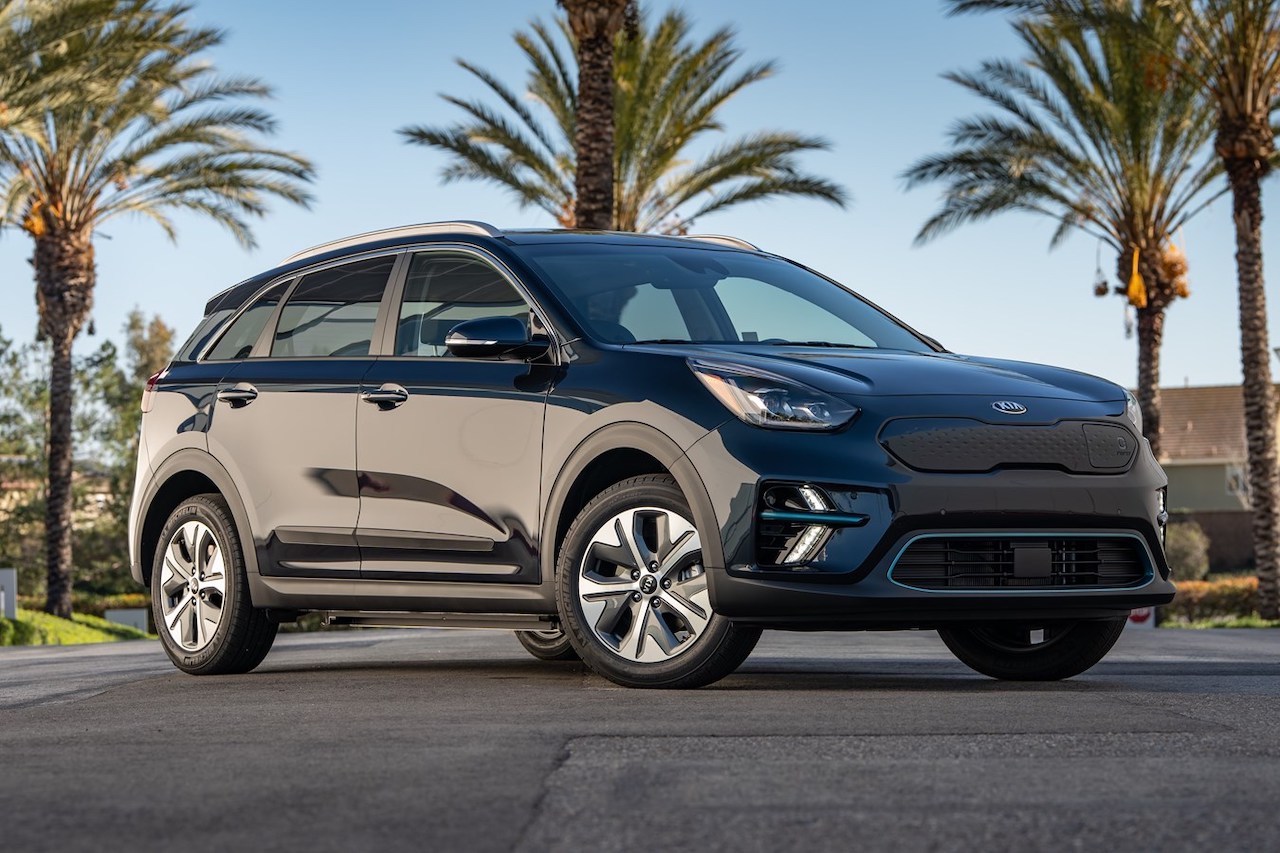 Is the Kia Niro a station wagon? According to the EPA it is. The Niro uses many familiar tricks to achieve it’s impressive fuel economy, including a 1.6-litre, four cylinder engine with variable valve timing, coupled to a permanent magnet synchronous motor — a similar setup to that of Toyota’s hybrids. However, while Toyota has opted for CVT gearboxes in their hybrids, the Niro has a good ol’ 6-speed, dual-clutch unit — which I’d take any day over a sleepy CVT. 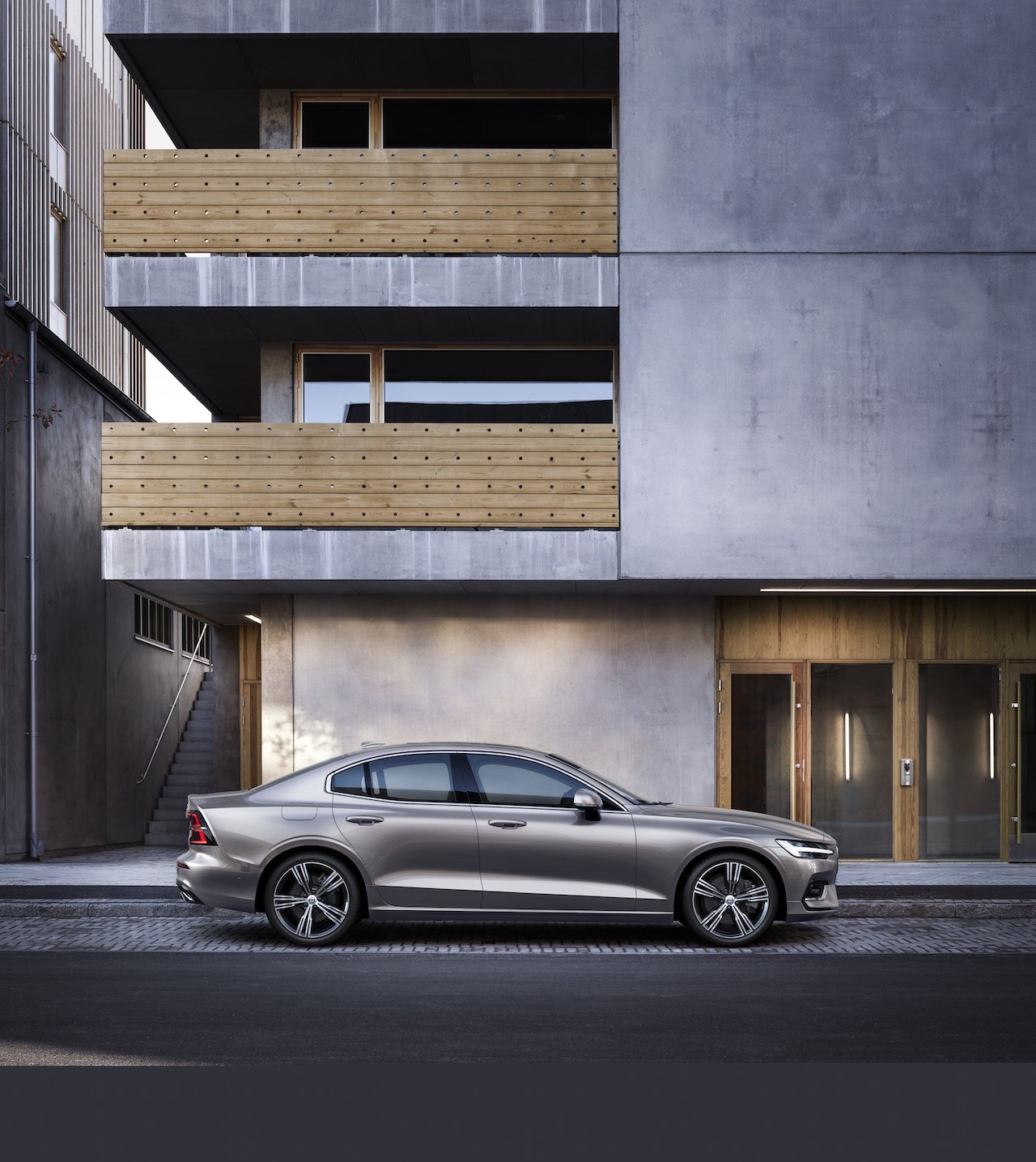 9 L/100km doesn’t seem very impressive when keeping with some of the companies on this list. However, it’s not too shabby considering the overall size of the Volvo V60. Keeping things in a FWD configuration, combined with the 2.0-litre engine and 8-speed automatic transmission help make the V60 the king of wagons as far as efficiency goes. 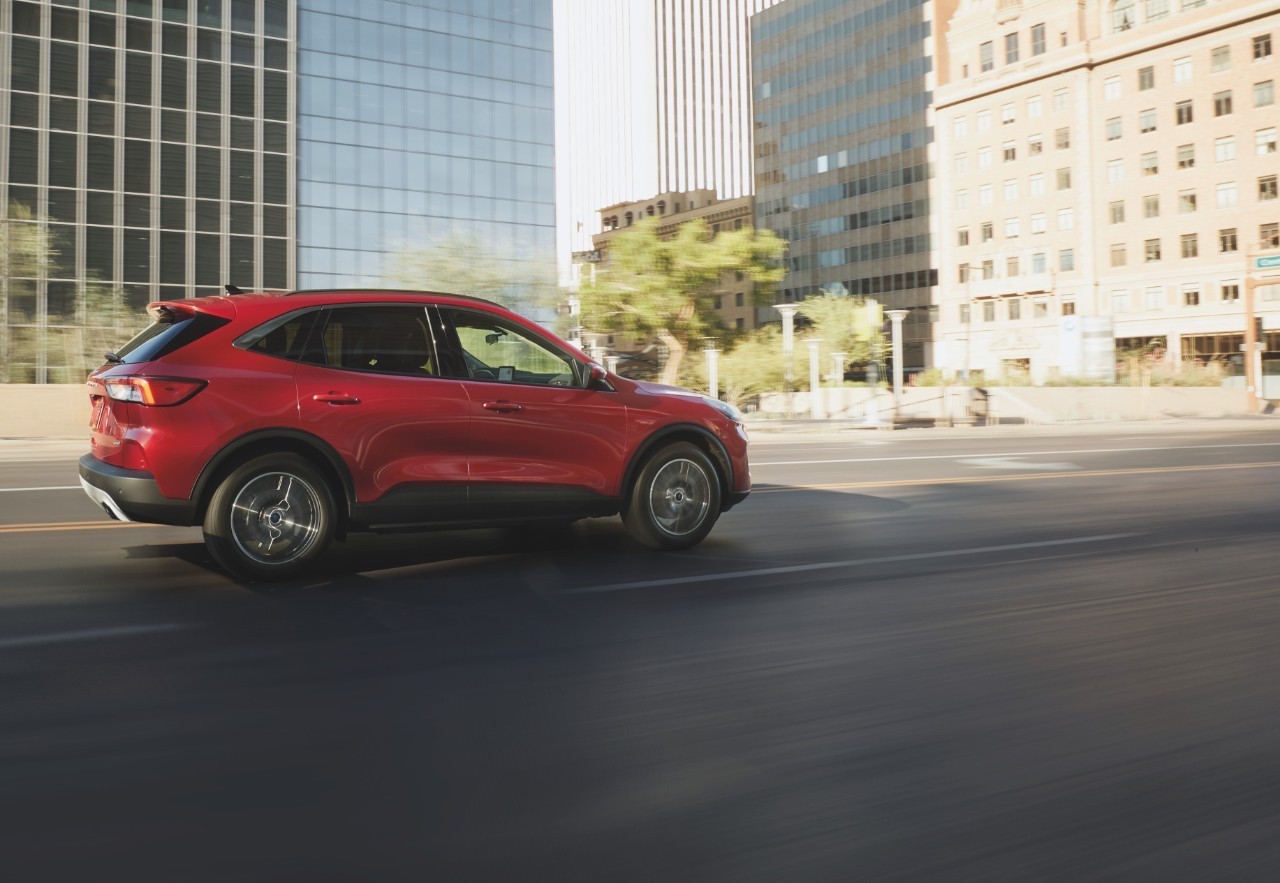 This is a huge win for Ford. Outside of pickup trucks (which they also dominate) the small SUV market is the hottest one going. Between the best fuel economy in its class (achieved by utilizing Ford’s 2.5-litre “Atkinson-Cycle” four-cylinder engine) and a laundry list of features, the Escape is positioned as a serious competitor in its segment.

I know, this sounds like a press release. But it really is hard to deny what a homerun this is for the Escape. 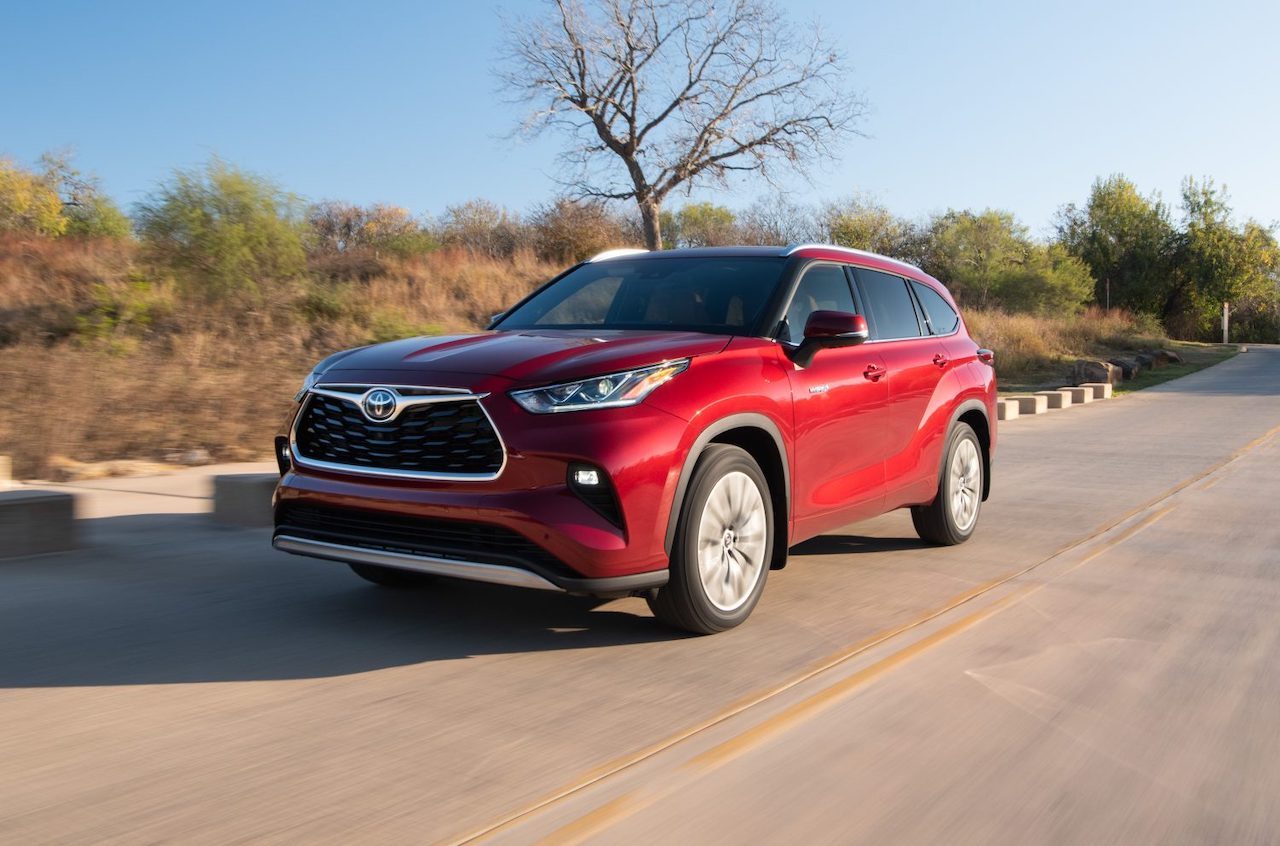 Welcome to the only all-wheel drive vehicle on this list. That feature alone makes the Highlander’s fuel economy impressive, nevermind its weight and aerodynamic challenges. While the Highlander is equipped with Toyota’s standard HSD system, it uses a larger 2.5-litre, DOHC four cylinder engine — no doubt necessary to motivate the larger vehicle. 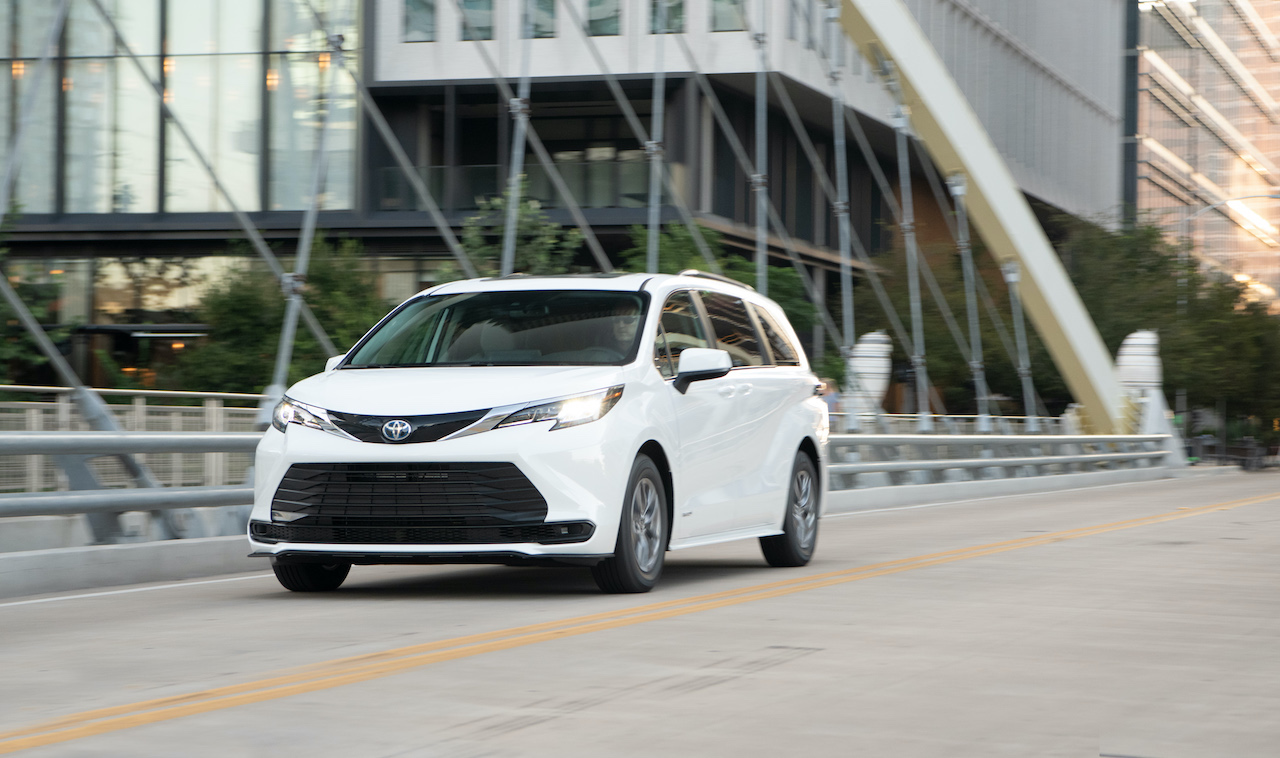 If you read this and thought, “oh yeah, minivans are still a thing”, you’re not alone. The Sienna Hybrid utilizes the exact same powertrain as the Highlander Hybrid, however it manages to achieve an even better fuel economy rating perhaps in part because of its standard front-wheel drivetrain and more slippery shape. 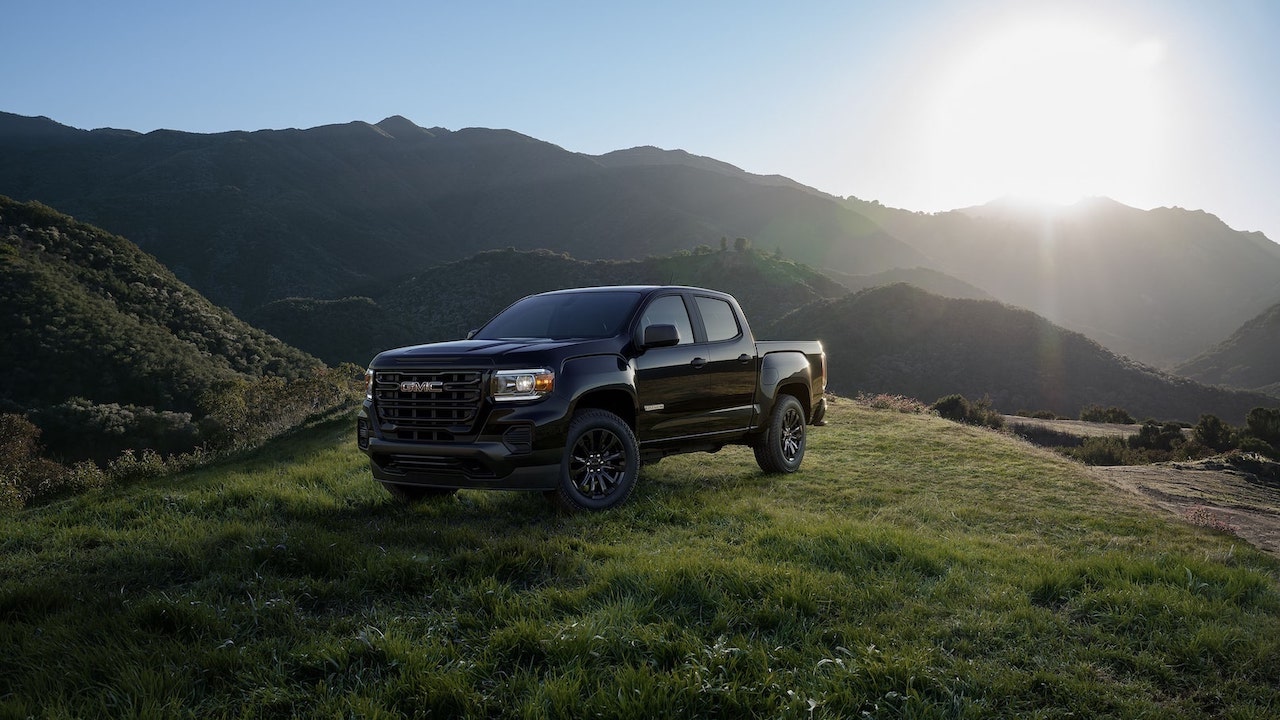 True, 10.2 L/100km isn’t great fuel economy. But you don’t buy any pickup truck to save on trips to the pumps. You buy a pickup before it has torque. And luckily, GM’s 2.8-litre turbo-diesel four cylinder is not only the most efficient engine you can get in a small pick up, it also delivers a very healthy 369 lb-ft of torque at 2,000 rpm. 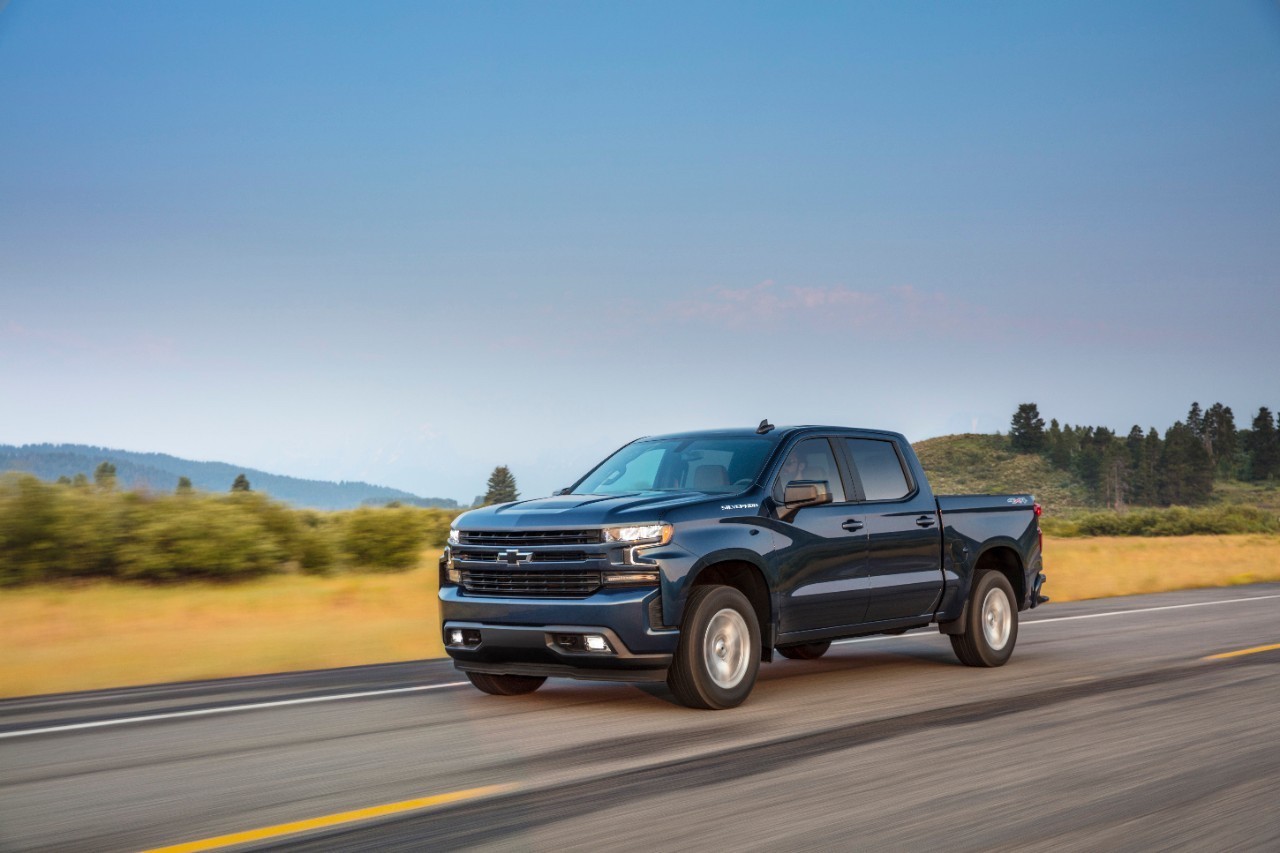 GM wins again here. This time with their 3.0-litre turbo-diesel six-cylinder matted to an automatic 10-speed transmission. And it may be that last piece, the 10-speed, which allows the Silverado to achieve better mileage than the smaller Colorado while still delivering a whopping 460 lb-ft of torque at just 1,500 rpm.