These are the ones we think will be a big deal.

Join the Conversation (0)
The auto show is officially back, with the 2022 New York International Auto Show on now. While its media days weren't the event they were in the heydays of the show, there were still some very important reveals that took place on the show floor and in the days surrounding the event. So here are the biggest reveals of the 2022 New York Auto Show. 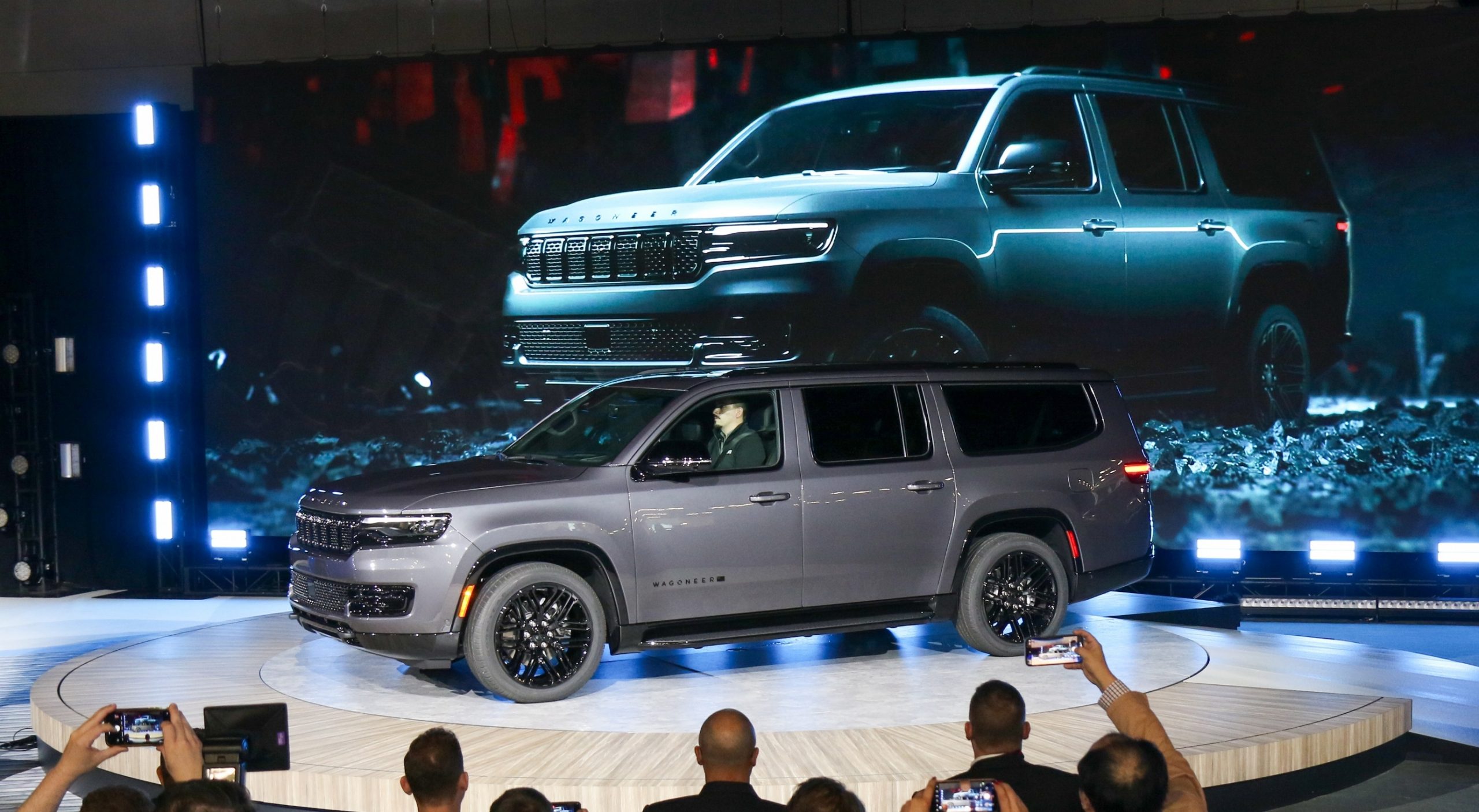 Jeep's Wagoneer L and Grand Wagoneer L were the biggest reveals of the show, at least in terms of overall size. Stretching the standard wheelbase versions by a foot, the two big Jeeps now have best-in-class cargo space behind the third row of seats. The L models also mark the debut of the new Hurricane I6 from Stellantis. Wagoneer L will offer a 420 hp version of the engine while Grand Wagoneer L will get the Hurricane 510 with 510 hp and 500 lb-ft as well as better fuel economy than the V8s they replace. 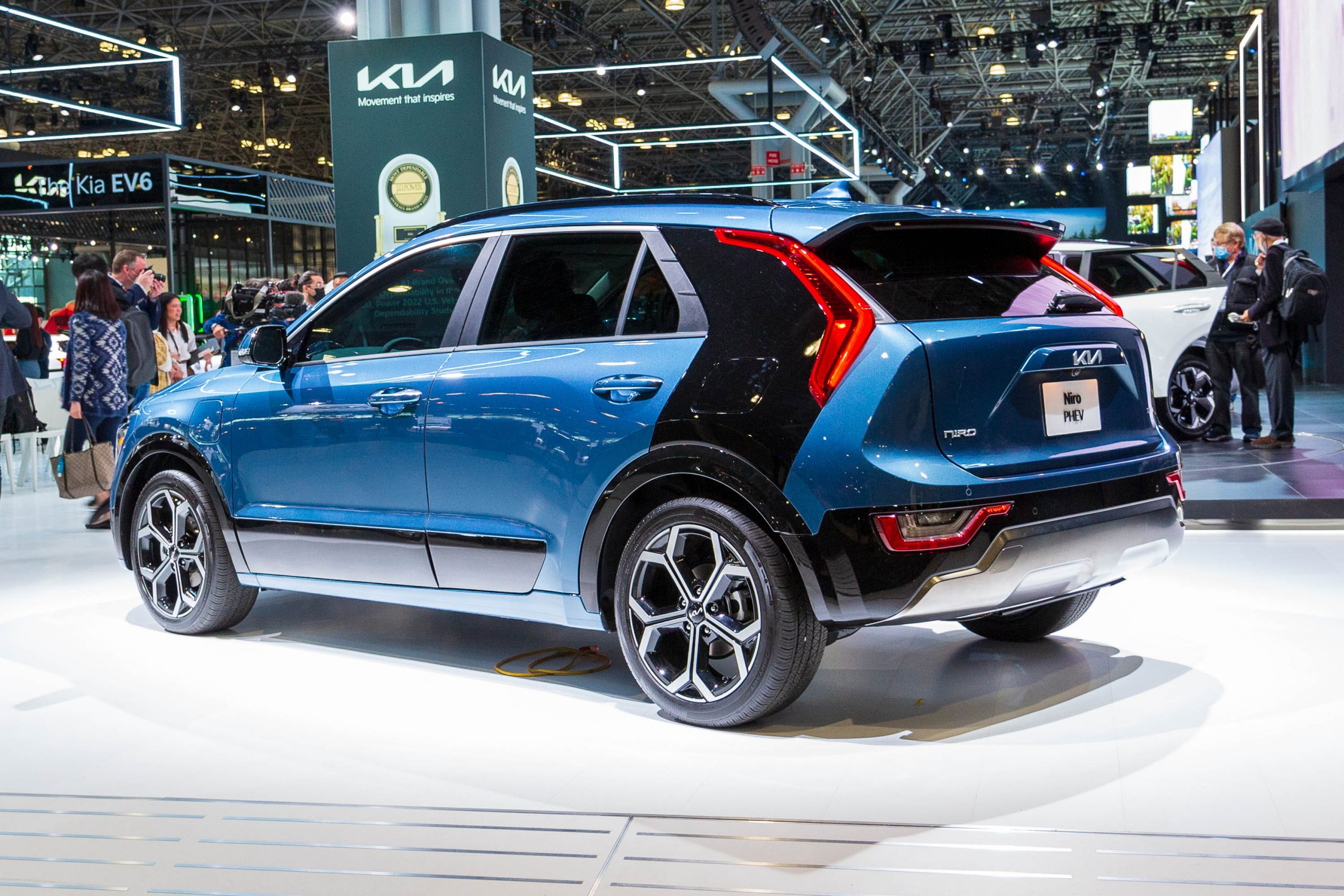 Kia's all-new 2023 Niro is the most all-new vehicle at the show, at least from a mainstream manufacturer. The second-generation Niro is longer than the old model for more interior space. The all-new styling makes it much more attractive than the somewhat dull crossover it replaces. That Audi-like sideblade at the rear? It's functional, helping improve stability and lower in-cabin noise. The Niro keeps its three electrified front-drive powertrains. The hybrid's 1.6L four and electric motor are unchanged, but it should see improved fuel economy. The PHEV gets a larger motor and more electric battery capacity for around 54 km of range, and the fully electric model should offer a useful extension to the EV's range. 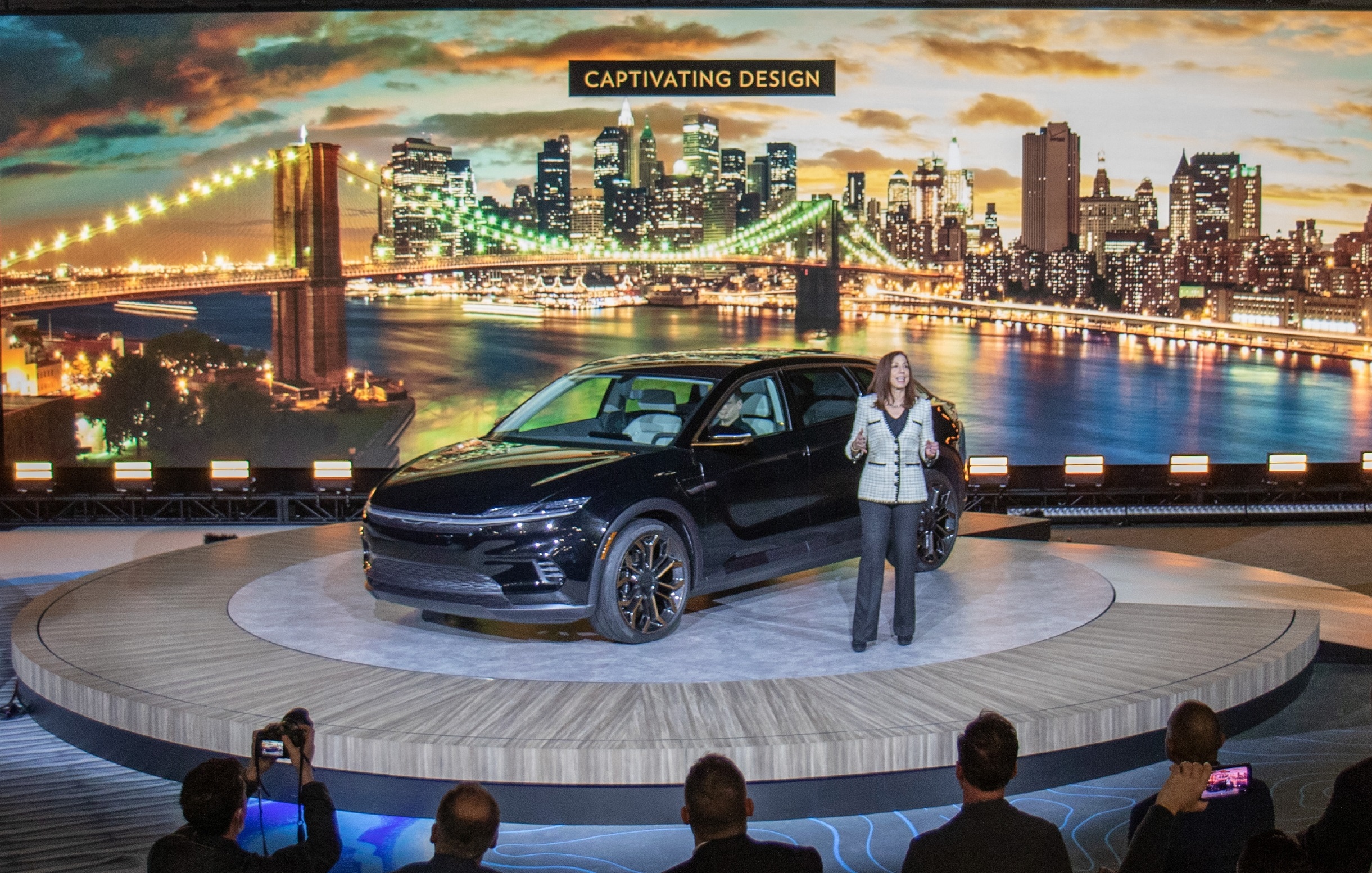 Chrysler brought a new version of the Airflow concept to the NY show. This time it's called the Airflow Graphite. The Airflow was first seen at CES earlier this year, and since that show isn't open to the public, this is the first time real buyers will be able to get up close to the car. That Chrysler made only some small changes hints that the brand's first EV, due in 2025, could very much be this vehicle. The concept car specs call for a range of more than 600 km, with new connected car tech and improved artificial intelligence. The big changes to this model are the black exterior combined with copper accents inside and out, but it's what the vehicle represents for Chrysler that makes it significant. 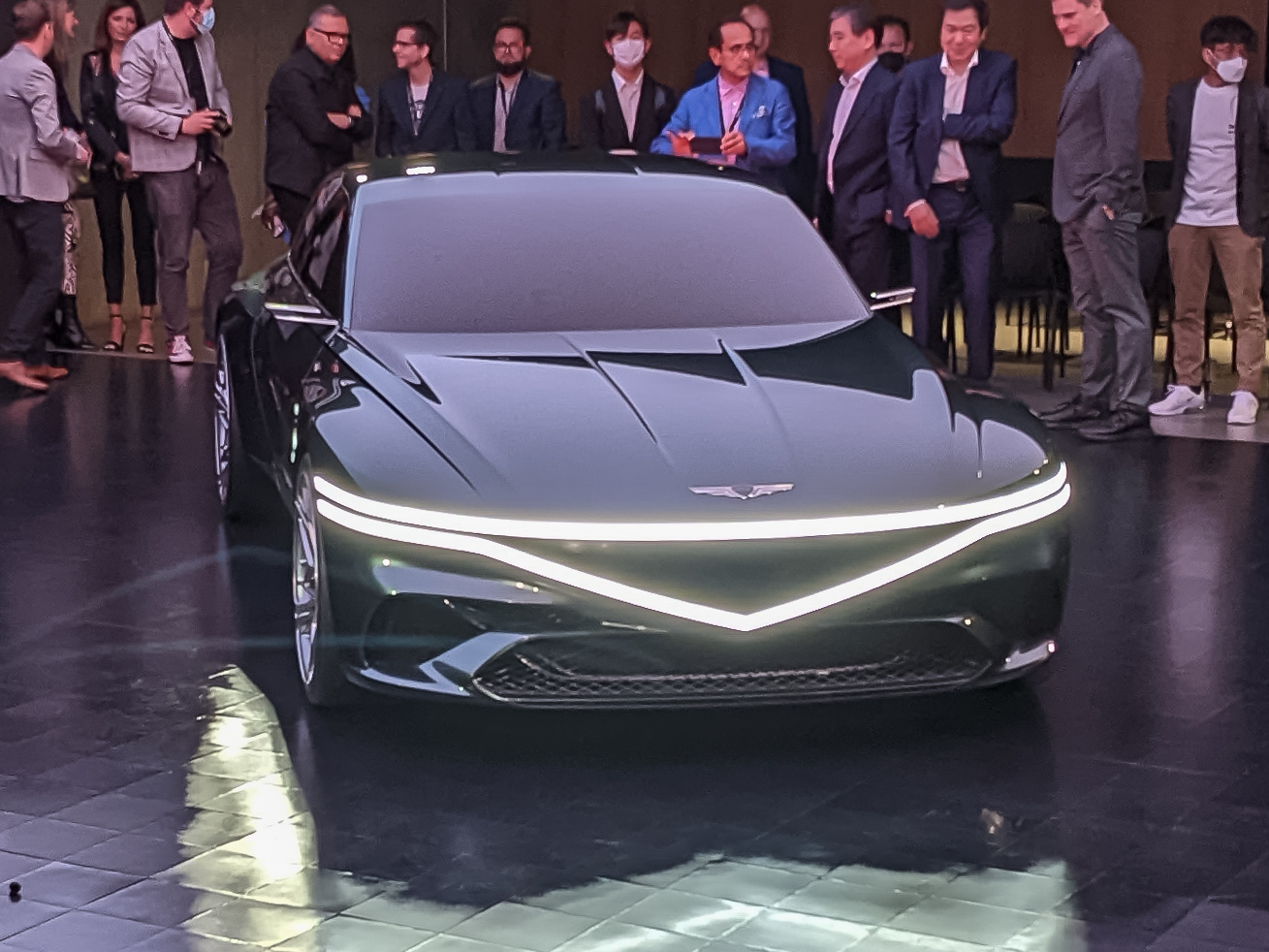 Likewise, we don't expect to see anything like the Genesis X Speedium Coupe concept on the road. We do expect to see the way that it turns the Genesis signature two line headlights into the shape of the brand's crest grille. Genesis said that the design will be the look for the brand's next generation of EVs. They won't look exactly like the Speedium, but Genesis has a long history of bringing details like those from concept to production without too much dilution of the concept in the name of mass production. 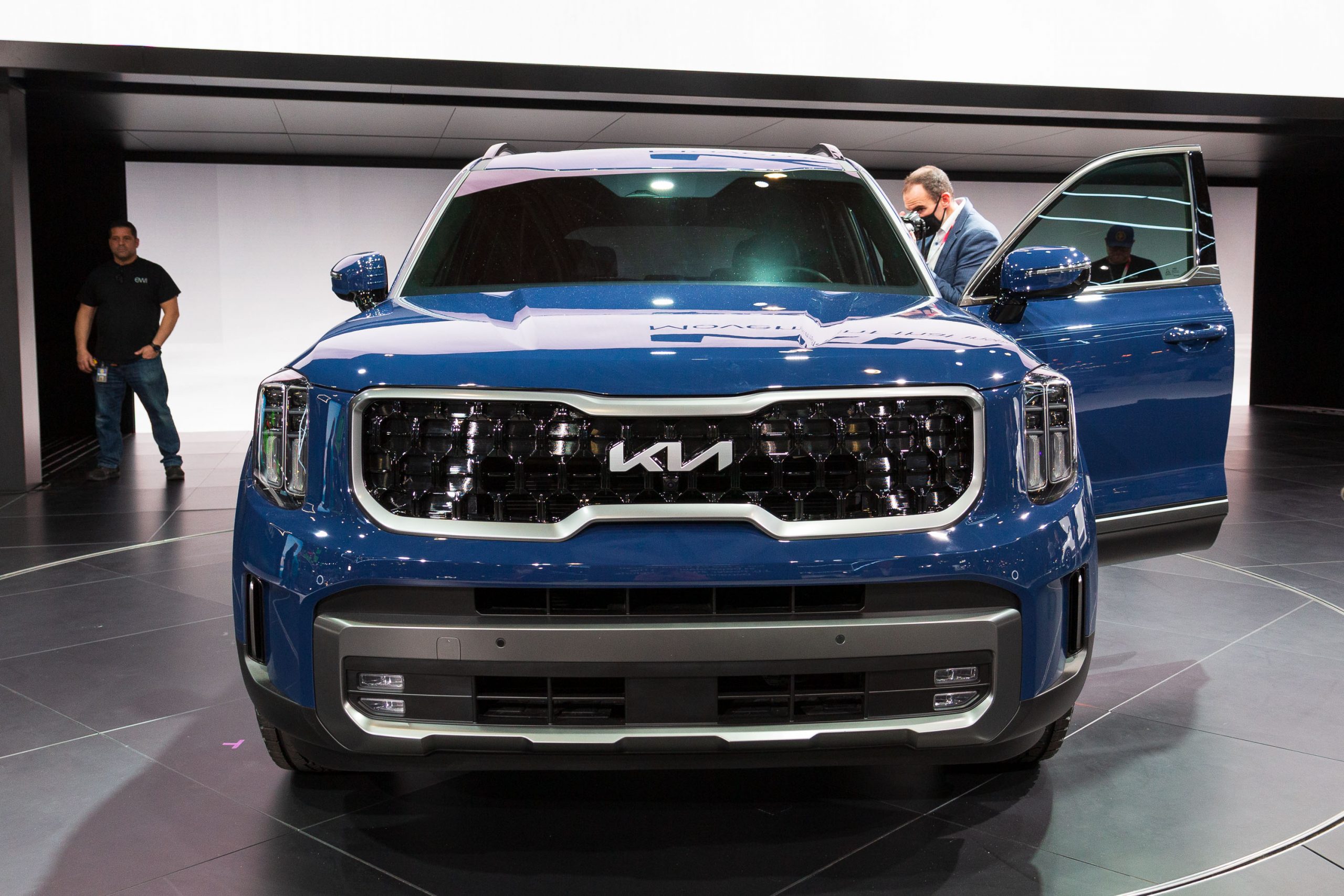 The Hyundai Group unofficially owned the show, with the Speedium (technically unveiled off-site), Niro, and these. The refreshed Hyundai Palisade and Kia Telluride SUVs. The two SUVs got a mid-life refresh, picking up some new grilles and both getting changes to the dashboard and instrument clusters inside. Palisade picked up a new 12-inch screen, an available rear view mirror camera, and more USB-C ports. Telluride saw similar changes, though with Kia's own touches. Both are expected to go on sale in a few months.

Of course, these weren't the only reveals, just the biggest. For the rest of the vehicles revealed at the show, check out our weekly news roundup.