Drive a beater and you reduce the rust, stone chips, excessive mileage and bad-weather mishaps that will take the shine off your fair-weather crush.

Join the Conversation (0)
Chionophobia is the clinical term for being afraid of snow. Not to be confused with chinophobia, which is the fear of cotton twill pants.

Given our familiarity with the white stuff – we Canucks have to put up with a lot of it between November and April each year – we’ve come to loathe it for the most part. Some give in to their anxiety and flee to sunnier climes for weeks or months at a time.

Snow, ice, and brine wreak havoc with our cars, as well as with our psyches. The wisest among us seek to shelter our pricey cars and motorcycles from Old Man Winter and find a cheap set of wheels to slog through the dark months.

Drive a beater and you reduce the rust, stone chips, excessive mileage and bad-weather mishaps that will take the shine off your fair-weather crush. Even skilled drivers can’t prevent other motorists from sliding into them in wintery conditions.

Here are seven winter beaters you can find for around $7,000 plus the cost of snow tires. They’re boring cars for an excitable season. 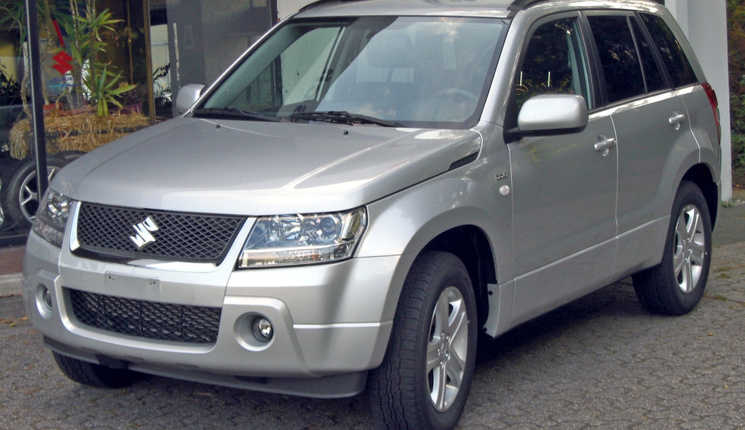 Don’t mistake the Suzuki Grand Vitara for another cute-ute. It hates that. Engineers built the third-generation Grand Vitara like a Land Rover: a boxed ladder-type frame underpins its unibody structure to reinforce its off-road cred. The rear suspension is fully independent, a concession to modern times, but unlike car-based crossovers such as the Honda CR-V, this Suzuki spins its rear tires like a real truck because it is one.

Unfortunately, earlier Grand Vitaras were saddled with a weakling 185-hp 2.7-L engine; it’s wholly underwhelming for a V6 and a coarse one at that. For a little more money, a 166-hp DOHC 2.4-L four cylinder was the base motor starting in 2009, while an optional 3.2-L V6 made 230 welcome horses. 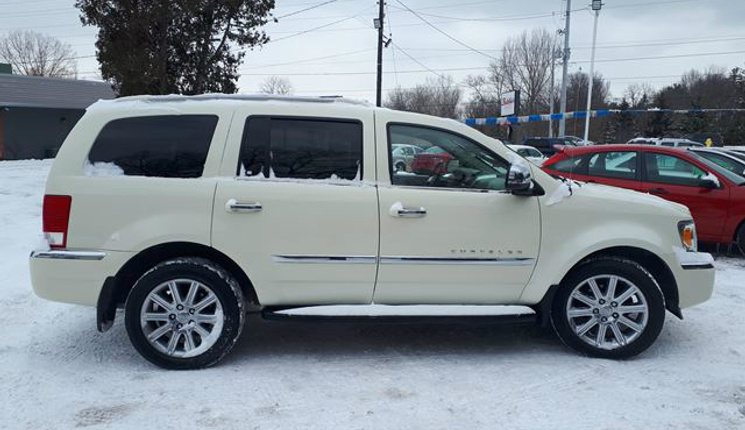 Not content with just one big sport-utility to sell, DaimlerChrysler conjured up another one in the form of the Chrysler Aspen for 2007, based on the similar Dodge Durango. As the first truck-based SUV marketed under the Chrysler brand, it was configured for eight occupants and came only in the top-drawer Limited trim, complete with enough blinding chrome trim that astronauts could spot it from the international space station.

A 235-hp 4.7-L V8 served as the base engine, while Chrysler’s pushrod 5.7-L Hemi V8, good for 335 hp, proved to be a popular option. All-wheel drive was standard issue. Got snowmobiles to tow? The Aspen was intended for luxury buyers with hauling needs. The Hemi’s Multi-Displacement System shuts down four cylinders under light load conditions to save gas. Regardless, fuel economy is atrocious.

Aspen owners love the ride, but there are reports of annoying drivetrain vibration, automatic transmissions that slip out of reverse, bad sensors, malfunctioning power liftgates and fast-wearing front-end components. If you price your used cars by the kilo, the Aspen can be a leather-lined bargain. 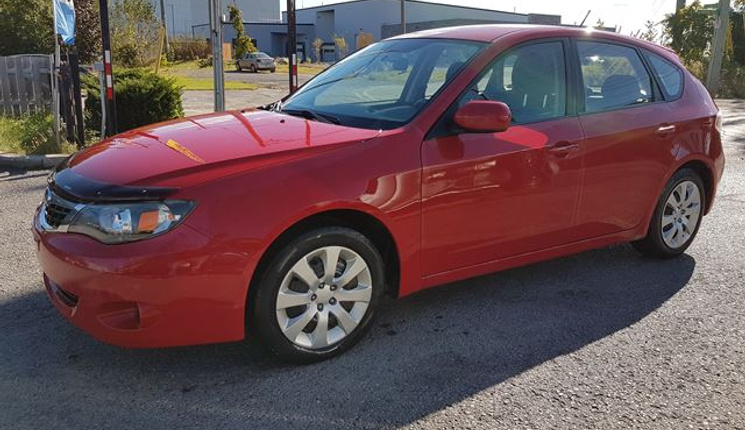 The Subaru Impreza impresses because it resembles a mild-mannered compact car and not an urban assault vehicle. The third-generation Impreza arrived for 2008 as a larger, more refined automobile in four-door sedan and five-door hatchback forms. Everything about it says dull Japanese econobox – until you drive it.

Its standard all-wheel-drive drivetrain is always on, lending a balanced and planted feeling to the car. The 170-hp 2.5-L SOHC flat-four “boxer” engine positions the cylinders sideways and horizontally opposed, two to a side, to lower the car’s centre of gravity and quell the four-cylinder’s paint-mixer shakes. Thanks to the engine’s longitudinal orientation, Subaru fit equal-length (symmetrical) driveshafts to minimize torque steer.

Subarus have earned a sterling reputation in snowy climes and they’re pretty reliable, too, but there are reported issues involving leaky head gaskets on the 2.5-L engine. Other problems include short-lived clutches, broken clutch-pedal bracket welds, failed a/c compressor bearings and droopy sun visors. Still, Subies are the stuff of folklore around these parts, so you’ll likely pay a premium. 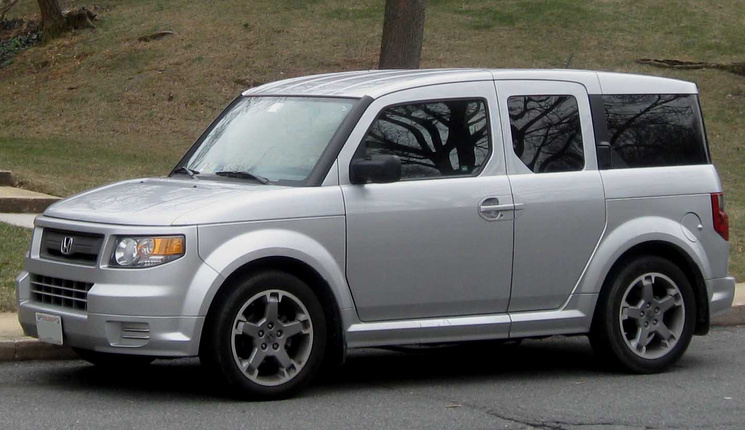 Happy to zig while other automakers zag, Honda built its novel Element atop its highly regarded CR-V platform. The new-for-2003 Element was a foot shorter than the CR-V, but sported a roofline 20 cm taller. Think 5/8ths-scale bread truck. In fact, some small businesses employ them to make deliveries.

Thanks to its boxy profile, the cabin is positively cavernous, yet there’s only seating for four, not five. The floor is as flat as Saskatchewan and covered with rubber rather than carpet – perfect for wet skis and hockey gear. Its four clamshell doors are awkward to handle in tight parking spaces as the rear doors can’t be opened independently of the front pair.

The Element has the same 166-hp 2.4-L DOHC four cylinder found in the CR-V, tied to a five-speed automatic or a stick (a rarity). The optional all-wheel-drive system doesn’t offer low-range gearing for rock hopping. Lots of owners complained of multiple cracked windshields, a gripe attributed to the upright glass and an improperly designed mounting flange. Other issues include malfunctioning power door locks and ignition switches, short-lived air conditioners and “soft” brake pedals. 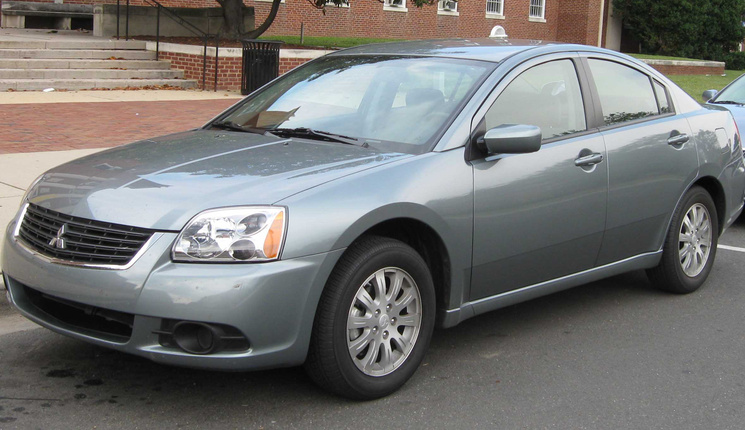 By naming its exceptionally large front-drive platform Project America, Mitsubishi’s Galant was girded to do battle with the segment’s bestsellers, including the Toyota Camry and Honda Accord, even though it seemed to have more in common with Yankee iron like the Chevrolet Malibu and Ford Taurus.

Owners raved about the Galant’s fit and finish, refined powertrains and big-sedan comfort, all at a cost that depreciated like it came out of Detroit. Actually, it was cobbled together by United Auto Workers in Illinois. Its 2.4-L SOHC four cylinder used two-step variable valve-timing and lift to make 160 hp; upscale models got a 3.8-L V6 with 230 hp and a healthy 250 lb-ft of torque.

Reliability has been surprisingly good. The few complaints revolved around frequent front brake service, flimsy window regulators and a noisy sunroof. Sadly, few people took notice of its slab-sided, non-descript styling and even fewer brought one home. Many Galants ended up languishing in rental-car fleets – a kind of automotive purgatory for the unloved. 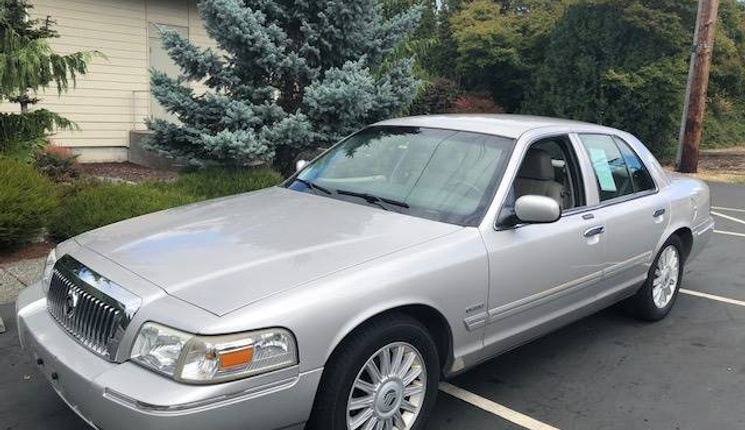 Back before there were laptops, the definition of a hard drive amounted to motoring through a snowstorm in a rear-drive sled with four summer tires and a trunkful of sandbags. If you’re older, you probably have a story like that involving a Ford LTD or Chevrolet Caprice. As a throwback, we can’t think of a better one than a late-model Mercury Grand Marquis, which was sold through Canadian Ford stores until 2011.

The ancient rear-drive Panther chassis got a thorough reworking for 2003, including fully boxed frame rails, rack-and-pinion steering and improved suspension and brake hardware. The former plastic intake manifold that was notorious for leaking coolant was replaced with an aluminum front coolant crossover on the standard 224-hp 4.6-L SOHC V8, which furnished 275 lb-ft of glorious torque.

A four-speed automatic transmission always came bundled with the V8, but starting in 2006 the slushbox was sourced from Ford’s truck lineup appropriately enough, since the Crown Victoria and Lincoln Town Car platform mates were favoured by thousands of police, taxi, and limousine fleets for their durability. There isn’t a better rear-drive sled anywhere, but don’t forget the sand. 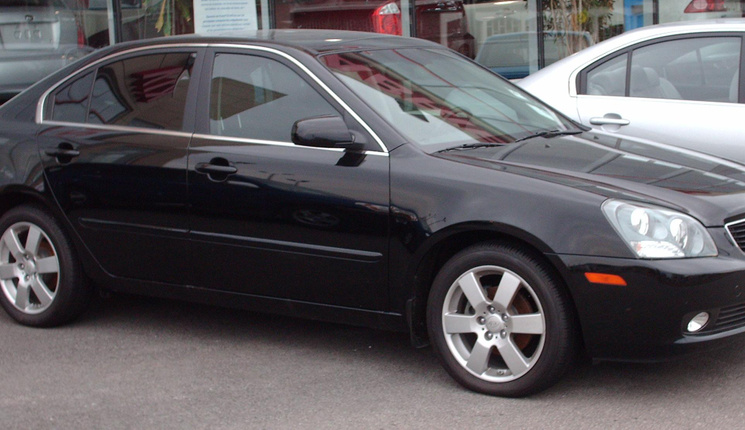 Voted best getaway vehicle to use in a bank robbery because witnesses won’t remember it, the hermit-like Kia Magentis sedan nicked the platform of its corporate mate, the Hyundai Sonata, but got its own anonymous styling cues. It also benefited from a wider track, while retaining the MacPherson struts up front and a trailing-arm independent suspension at the rear.

Noteworthy, perhaps, is the fact that the cabin offers enough interior volume to classify it as a large car. All was decent inside, with tight seams all around and the controls worked with dampened movements. The seats were mounted well off the floor and shaped to accommodate people of all sizes.

Kia offered a choice between a 161-hp 2.4-L four-cylinder engine and a 2.7-L V6, good for just 185 hp (the Sonata’s 3.3-L V6 was not shared). A five-speed manual transmission came with the four-cylinder; a five-speed automatic was optional and came standard with the V6. The 2009 models got slightly stronger engines: a 175-hp 2.4-L four and a 194-hp V6. There are reports of transmission failure and some four-cylinder engines have given up the ghost in the 2007 models, so avoid those.