Once simple and basic work rigs, pickups have only grown in popularity and use

In 2021, five of the top six bestselling vehicles in Canada were full-sized pickups, led by the perennial sales leader, the Ford F-150.

Join the Conversation (0)
The automobile business might have its ups and downs with various economic cycles, but the one constant is that buyers love their pickups.
In 2021, five of the top six best-selling vehicles in Canada were full-sized pickups, led by the perennial sales leader, the Ford F-150. The story was much the same in the United States, where the F-150, Ram 1500 and Chevrolet Silverado ranked one, two and three, respectively.
Trucks have been best-sellers for decades and will continue to be, especially with automakers leaning into electric power and new models. Here are some of the latest developments in the world of pickups.
2023 Chevrolet Colorado
The next generation of Chevrolet’s midsized Colorado will make more buyers question whether they really need to spend the money for a full-size pickup and give up the driveway space to park it. 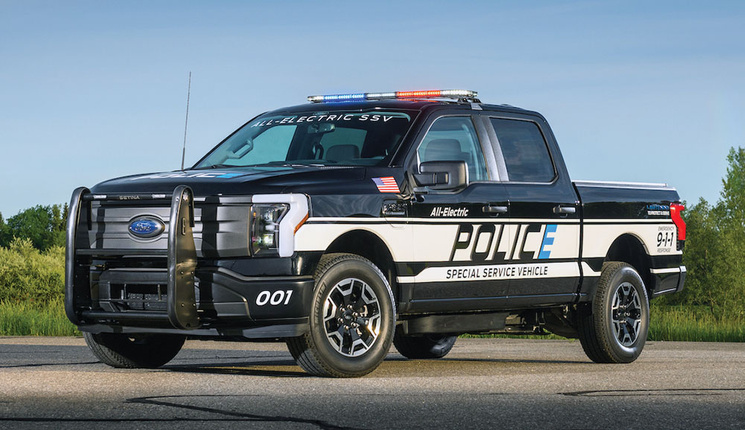 The 2023 Colorado — crew cab only — ratchets up its off-road game with new models while dropping its three different engine choices for one engine with three different outputs.
The base 2.7-liter turbocharged four-cylinder engine puts out 237 horsepower and 259 pounds-feet of torque, while the top version is rated at 310 horsepower and 430 pound-feet. Note that this is the same engine offered in the Silverado and the related GMC Sierra.
Ford F-150 Lightning Pro SSV
With its F-150 Lightning electric pickup already a commercial and critical hit, Ford is building a special version just for law enforcement.
Known as the F-150 Lightning Pro SSV (short for Special Service Vehicle), the new model features some of the police-specific features found in the gasoline-powered F-150 Police Responder. Those include heavy-duty cloth front seats with reduced bolsters for easier ingress and egress, steel intrusion plates in the front seatbacks, a new instrument panel and available LED warning beacons for the roof. The rear seats are vinyl for easy cleaning.
Ram TRX 1500 Sandblast Edition 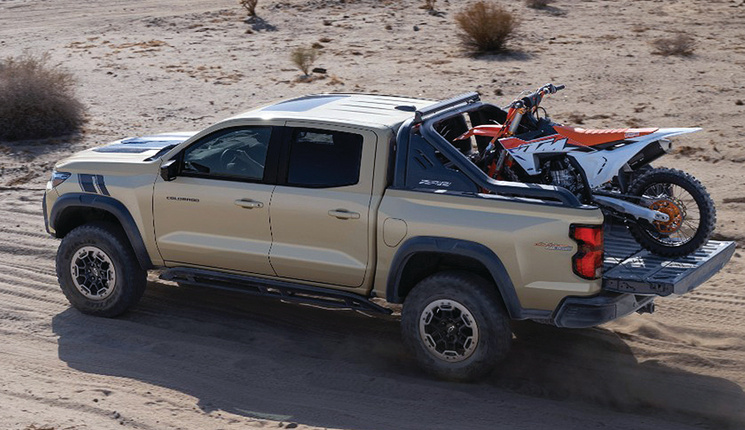 The company calls the TRX 1500 the quickest, fastest and most powerful mass-produced pickup in the world. (It comes with a supercharged 6.2-litre V-8 that makes 707 horsepower.) Now it’s getting a little more style with as new trim level known as the Sandblast Edition, which, not surprisingly, comes in an exterior colour called Mojave Sand.
Features exclusive to the Sandblast Edition include black 18-inch wheels, a dual-pane panoramic sunroof, spray-in bedliner, a leather-and-carbon fibre flat bottom steering wheel, a heads-up display and special interior and exterior trim. The new variant was slated for sale summer, which means it could be on dealer lots now, or at least available to order.
Tesla Cybertruck
One of the most eagerly anticipated new pickups is the radical Tesla Cybertruck. First announced in 2019, the expected production date was sometime in 2021. That didn’t come to pass, but during a recent Tesla conference call to discuss second-quarter earnings, company CEO Elon Musk said production would likely begin next year.
“Our team continues to focus on Cybertruck production readiness and some future platform design,” Musk told investors, according to website Teslarati.com. “We are expecting to be — still expecting to be – in production with the Cybertruck in the middle of next year. And we’re very, very excited about that product. I think it might actually be our best product ever,” Musk said.

Thieves also like trucks
It turns out that full-size pickup trucks are not just popular with consumers. According to Équité Association, which tracks auto thefts in Canada, full-size Ford pickups were at the top of the list of stolen vehicles in 2021. Full-size Chevrolet and GMC trucks rank third, ahead of Ram trucks. The only non-truck in the Canadian top-five theft list is the Honda CR-V.