These 5 getaway vehicles stole the show

Join the Conversation (0)
From “Bad Boys” and “Transformers” to “The Rock” and “Pain and Gain,” director Michal Bay has made a career of staging wild chase scenes featuring a wide range of getaway cars. His latest movie, “Ambulance,” starring Jake Gyllenhaal and Yahya Abdul-Mateen II, sees two fugitives hijack an ambulance – a vehicle no seasoned criminal would ever use in real life – to outrun the law.

A former homicide detective and a crime expert for Bell Media, Mark Mendelson said an ambulance, given its sirens and size, is a bad choice if you want to escape a foe or the police. His getaway car dos and don’ts are all about being inconspicuous.

“Common sedans are what works best. No SUV’s. Smaller is better. In short, low key is the magic component. I’m thinking Honda, Subaru or Hyundai,” Mendelson said. “Pick a car that isn’t flashy. Boring is good. Don’t squeal on the way out. Nice and easy does it. You don’t want to attract attention.”

Of course, directors like Bay want to attract audience attention with unusual getaway cars, like the ones listed below. Here are a few of the interesting cinematic choices that have appeared in past movies.

The Mini Cooper in “The Italian Job”

Matthew Field, author of “The Self Preservation Society: 50 years of The Italian Job,” said the multiple Mini Cooper getaway cars used in the 1969 British heist flick “The Italian Job” were the main attraction. “The Minis were the stars,” he said, “even outshining (actor) Michael Caine.”

While they might not have the horsepower of other getaway vehicles, the Minis compact size made them the perfect choice to manoeuvre the narrow, clogged streets of Turin during the movie’s epic closing car chase – which Screen Rant called the second-best in screen history.

“It was the perfect car for the movie because it was full of character, and it represented the optimistic new Britain of the 1960s,” said Field. “They were egalitarian, a prince or a student could drive one.”

From careening down flights of stairs, to driving through buildings and squeezing into sewage pipes, the vehicles got the cinematic job done in ways larger cars could not. “Being front wheel drive, the Minis were perfect for escaping the Italian police through the palazzos and gallerias and over the rooftops of Turin,” said Field.

The flying Winnebago in “Spaceballs”

A great getaway car should be discreet and fast, but one of the most memorable movie escape vehicles is neither. When Mel Brooks was planning “Spaceballs,” his 1987 “Star Wars” satire, he needed a spoof Millennium Falcon-style spacecraft for his mercenaries, Lone Starr and Barf.

Instead of mimicking George Lucas’ vision of the future, Brooks went for what he called a “strange but wonderful salute to what you’d see on any highway in America.” He transformed a 6500-kilogram 1986 Winnebago Chieftain 33 into the Eagle 5 spaceship. Equipped with wings, space engines, a periscope, secret hyper jets and a "I Love Uranus" bumper sticker, the motorhome successfully delivered Princess Vespa out of the clutches of the evil Dark Helmet. 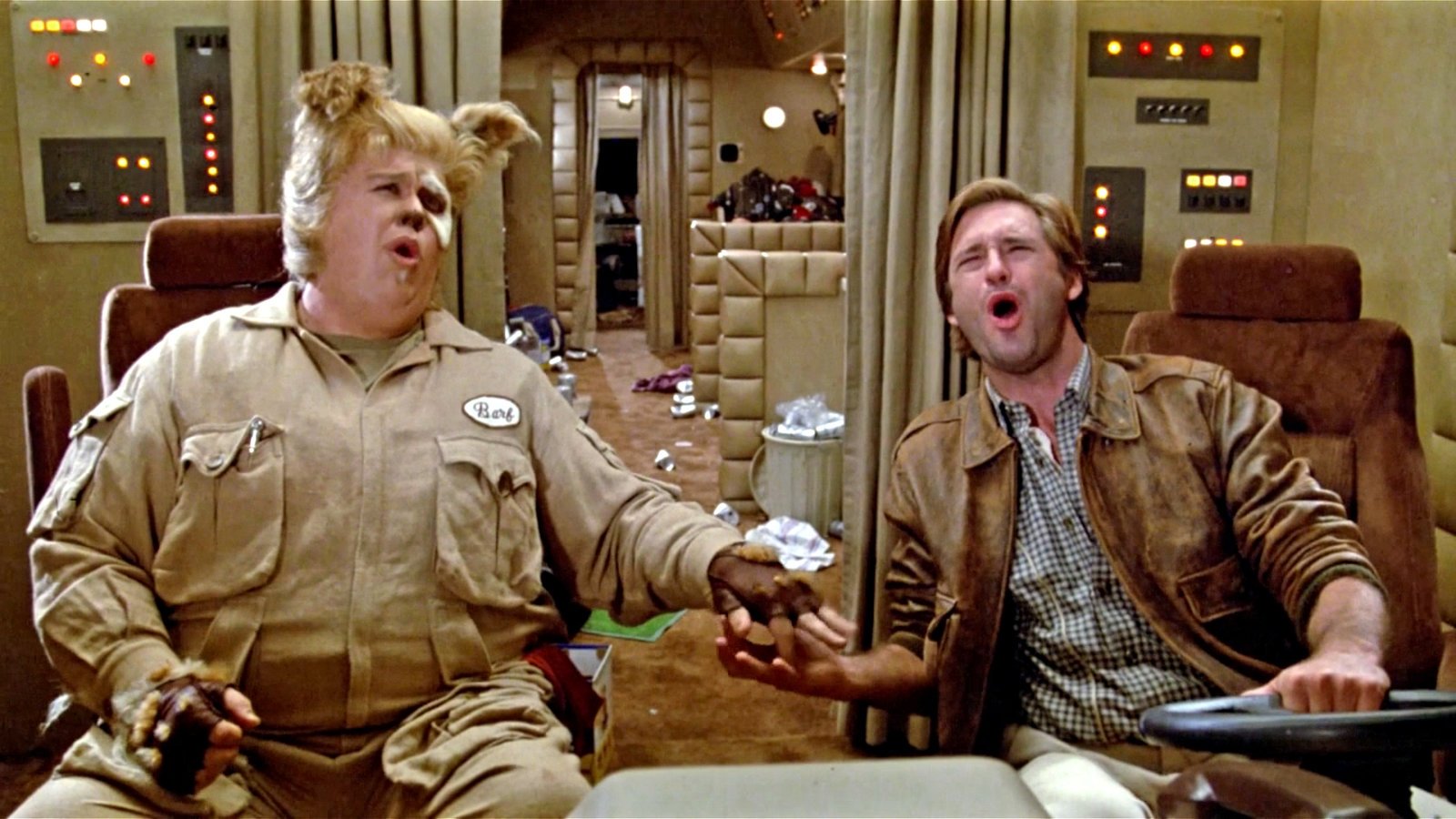 Brooks is on record as sayings the use of the Winnebago led to one of the best lines in “Spaceballs.” After the Eagle 5 crashes on a desert planet, Canadian comedian John Candy, playing the half-man, half-dog Barf, adlibbed, “Well, that’s going to leave a mark.”

“It’s one of the big laughs in the movie,” Brooks recounted in an essay he wrote for Literary Hub.

The split Honda Z in “Malcom”

Getaway cars must be adaptable, and few are more so than the two-door hatchback Honda Z in the 1986 Australian cult comedy “Malcolm.” Actor Colin Friels plays a socially awkward inventor who creates a getaway car that splits down the middle so that one half can go right, while the other veers left, to evade the police. 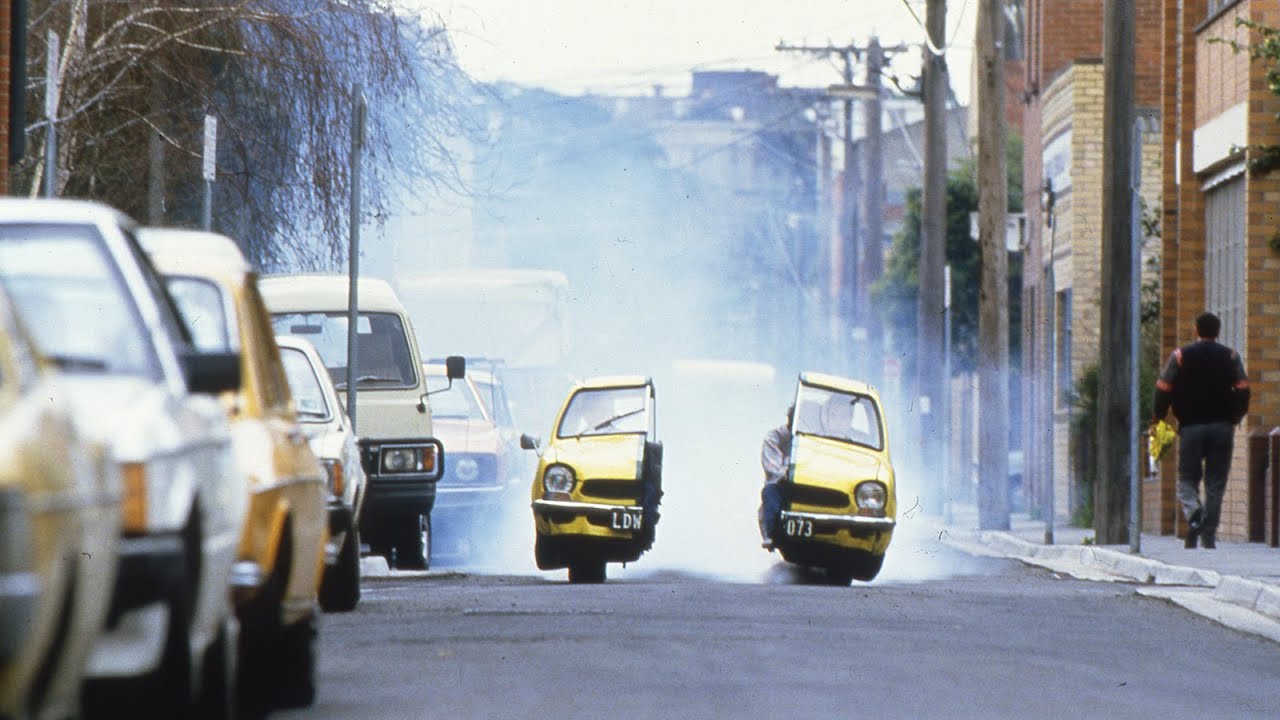 Producer David Parker knew the quirky car would be a selling point for the film, so, even before he had financing or a final script, he adopted an “If you build it, they will come” ethos. He had a 1970 Honda Z cut in half and two minibikes were welded to each side to allow the vehicle to separate and still be driveable. In the 36 years since the film’s release, the whimsical getaway car has become so beloved that it is now enshrined at the Australian National Film and Sound Archive.

“When you think James Bond, you automatically think the Aston Martin DB5,” said Murray Gillespie, Canada's James Bond Expert. The car, which has saved 007’s bacon more than any other vehicle, was first seen in 1964’s “Goldfinger.”

Tricked out with a series of gadgets – including two Browning machine guns, extendable bumpers for use as batteringrams, a smoke dispenser and a bullet-proof screen to protect the rear window – it was the perfect vehicle to elude S.P.E.C.T.R.E. agents and other bad guys. “We always know that when Bond is in trouble, the car is going to save him,” said Gillespie. 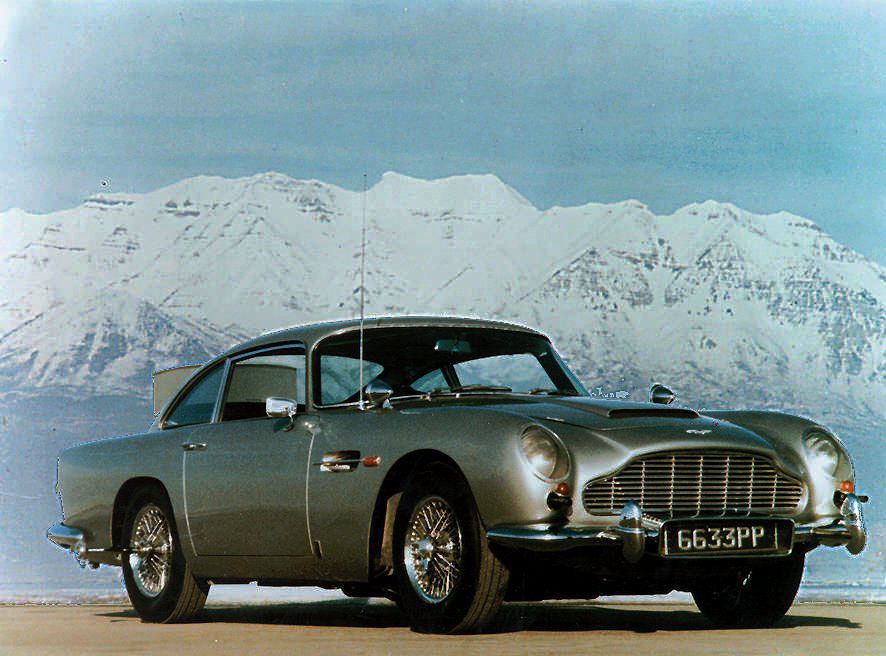 The auto’s technology was created by movie production designer Ken Adam, who took inspiration from his experiences serving in the Royal Air Force during the Second World War, when he flew a heavily armed Hawker Typhoon. One of the car’s most popular additions, however, was its revolving licence plate numbers, which was the brainchild of director Guy Hamilton. He suggested the modification after he received a parking ticket while shooting the movie.

The 1974 Dodge Monaco in “The Blues Brothers”

The 1974 Dodge Monaco featured in “The Blues Brothers,” the 1980 comedy starring John Belushi and Dan Aykroyd as blues singers fighting to reunite their old R&B band and save the orphanage where they were raised, isn’t just a decommissioned police cruiser. It is also an ideal getaway car.

Nicknamed the Bluesmobile and equipped with “a cop motor, cop tires, cop suspension and cop shocks,” it outruns not only the police but also a group of neo-Nazis in Ford station wagons. It even jumps over the 95th Street Bridge in Chicago to evade its pursuers. 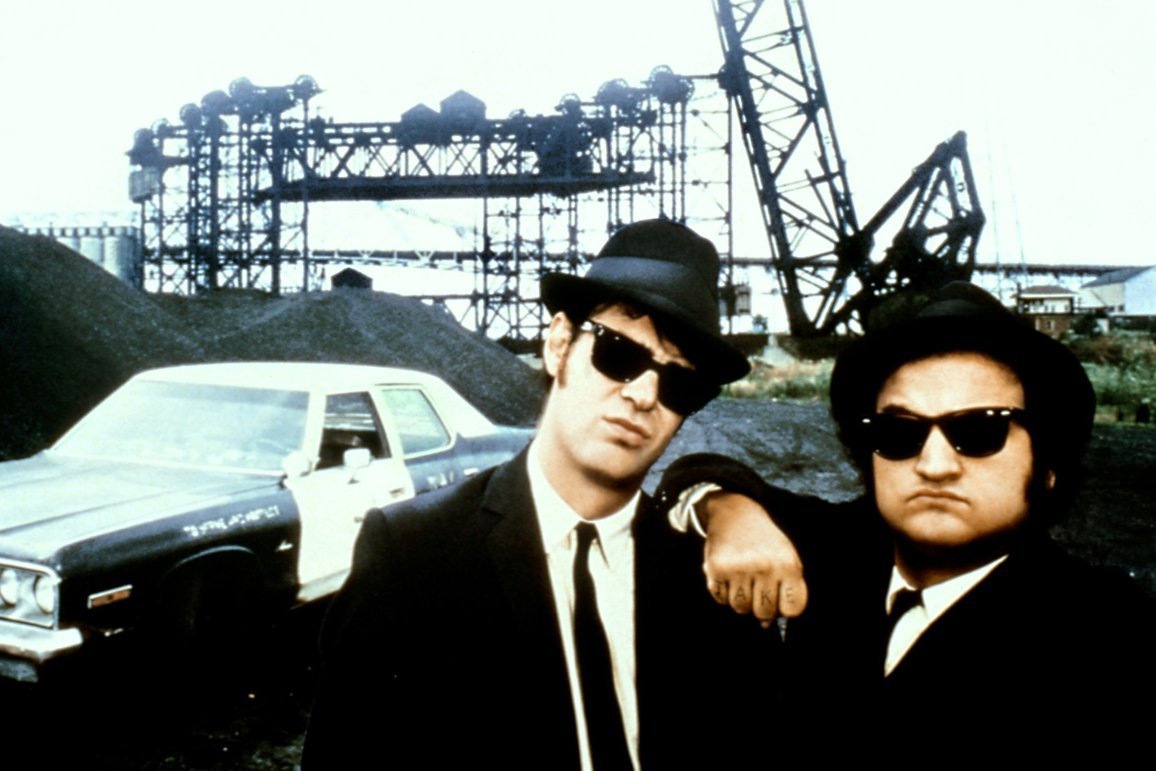 Aykroyd, who cowrote the movie with director John Landis, said they “cast” the 1974 Dodge Monaco because it was the hottest of all the 1970s vintage police vehicles they saw. To keep up with production demands, the film crew tracked down 13 Monacos that were former California Highway Patrol vehicles and modified them to look like Mount Prospect, Ill., patrol cars.