Get your motor running: Climbing behind the wheel of these 5 top car racing games

From serious race simulation to the latest Mario Kart, gamers have plenty of options

Join the Conversation (0)
Ask someone to picture a typical gamer, and they might describe a teenage boy alone with their television or at a computer and frantically pressing buttons on a controller. While it’s a common stereotype, it’s not accurate.

Contrary to popular belief, the average age of a video gamer in Canada is 34 years old, and they are equally split between male and female according to data from the Entertainment Software Association of Canada. What’s more, about 23 million Canadians, or roughly 61 per cent of the population, play games.

Among the most popular genres out there are racing games, where virtual thrills allow players to live out their driving fantasies. From lighthearted arcade racers to detail rich simulations, here are a few good driving games that will have you revving your engine.

While there was the 2017 offshoot “Gran Turismo Sport,” PlayStation gamers have been waiting for this long-awaited sequel to its popular series for nine years.

Developed by Japan’s Polyphony Digital and published by Sony Interactive Entertainment, “Gran Turismo 7” once again lets you virtually partake in white-knuckle races across several of the world’s most respected racing tracks, from the Autodromo Jose Carlos Pace to the WeatherTech Raceway Laguna Seca in Monterey Co., Calif.

You can climb into more than 420 authentically recreated supercars, each with unique handling, and choose between several modes of play, including Arcade, Driving School and the more realistic GT Simulation, which allows you to buy, tune and race vehicles. In the multiplayer GT Sport mode, you can challenges other players – no matter where they are in the world – to a race. The game retails for $79.99.

A lot more arcade-like than a deep racing simulation, Nintendo’s “Mario Kart Live: Home Circuit” lets you race a Mario Kart through your own home with augmented reality technology. Use the Nintendo Switch system to control your kart and watch as it reacts to what’s happening in the game, as you boost and drift to victory.

You can place virtual gates and objects to customize the courses, then see them come to life with different in-game environments, like jungles and snowscapes, and obstacles such as Piranha Plants.

Great idea, and appropriate for players of all ages. The game costs $129.99.

Also available for Nintendo Switch is “Mario Kart 8 Deluxe - Booster Course Pass,” a collection of 48 remastered courses that will roll out throughout this year and can be downloaded as part of the popular “Mario Kart 8 Deluxe” game. The courses include Tokyo Blur and Paris Promenade, along with fan favourites like Choco Mountain and Wii Coconut Mall.

You can purchase the content on its own for $32.99, but it is already included in a Nintendo Switch Online and Expansion Pack Membership ($63.99 per year), which also grants you access to classic Nintendo 64 games and SEGA Genesis games.

Xbox and Windows PC gamers can hop into the driver’s seat of “Forza Horizon 5,” to take command of hundreds of customizable cars and other vehicles and race through a variety of places in Mexico – from historic cities and vast deserts to sun-kissed beaches and ancient ruins. Younger or less experienced players might want to tackle some solo modes first, racing against the game’s artificial intelligence, before challenging other drivers from around the world.

Also new to the Forza franchise is the multiplayer “Horizon Arcade,” a collection of different types of minigames. This fifth game in the series is the biggest to date, with a map that’s 50 per cent larger than its predecessor, “Forza Horizon 4.” It was developed by Playground Games and published by Xbox Game Studios, and includes several challenges, like the “On Top of the World” treasure hunt challenge and the  “Through the Looking Glass” photo-taking  task.

“Forza Horizon 5” cost $79 but is also part of Xbox Game Pass, an $11.99 per month subscription service that lets you play more than 100 high-quality games on Xbox or a Windows PC, or for $16.99 per month to access on both platforms. 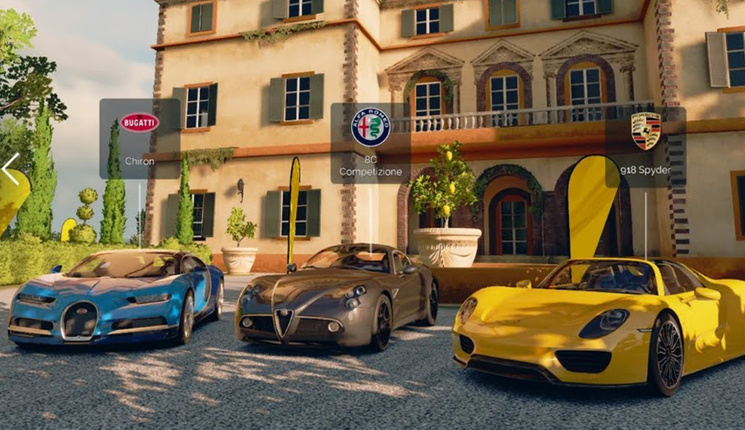 All revved up but with no game console to play on? There are a few games also available for smartphones and tablets. Available from Eden Games, “Gear.Club: Stradale” (available through Apple Arcade for $5.99 per month) takes place in Italy – mostly in the beautiful Tuscany region – and allows you buy, upgrade and race supercars from many of the world's top automotive brands, including Porsche, Bugatti, McLaren, Alfa Romeo, Lotus, Nissan and Bentley.

Along with solo matches to sharpen your skills, you can complete against friends in various races, engage in special events (taking place daily, weekly and monthly), take part in worldwide competitions and work your way up the global leaderboard of best players.

Finally, Gameloft’s gorgeous “Asphalt 9: Legends,” available for Apple, Android and Windows devices, is a “freemium” game – there is no cost to start playing but there are optional in-game purchases - that sees you boost and drift past your rivals in more than a dozen real-world locations.

You can collect, customize and race more than 150 vehicles (from the likes of Ferrari, Porsche or Lamborghini) and complete in more than 900 solo career events or live 8-player races.