There are still options for the newly licensed gear head.

Join the Conversation (0)
Fewer and fewer teenagers are getting their driver’s license. In the U.S, in 2018, only 61 per cent of teenagers had a license. That was down 80 per cent from the 1980s.

And honestly? Who can blame them? Why would anybody be excited to have a driver’s license when the cars they can afford are… a used Prius? A hand-me-down minivan? And then what do they have to look forward to after that? A Kia Sorento? Who exactly is day-dreaming of a Honda Pilot?

It’s not to say there are no fun, cool cars out there any more. But man are they friggin’ expensive. Way too expensive for any teenager too afford.

Even humble sports machines like the new GR 86  — which were designed specifically to be inexpensive entries into the market, are facing harsh mark ups.

But what about the kids who are getting their license? The ones who like sporty cars? The ones who saved their miniscule paychecks from their part-time jobs and fantasize about owning a muscle car like a Dodge Challenger or Ford Mustang, or a tuner car like a Nissan Skyline or Mazda RX-7?

Is there anything out there for them?

Actually, as long as they’re willing to accept some substitutions (and it’s their first car so, they’ll have to) ... there are lots of fun options out there.

Are they high mileage? Sure. But this is your first car. You’re on a budget. And since you like cars, getting your hands a little dirty is no problem, right?

What exactly could possibly be “fun” about these senior citizen-carriers? Power. 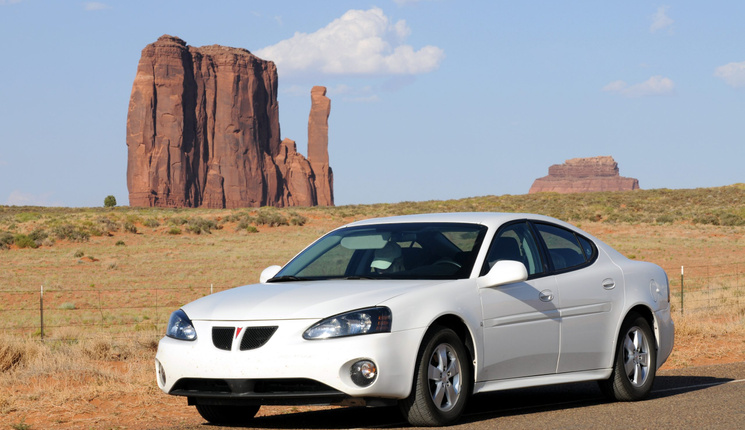 The second generation cars (from ‘97 - ‘05) were all available with the sturdy and stout 3.8-litre V6 producing around 205 - 210 horsepower. And there's actually some decent aftermarket support for this engine — so you can have a bit of fun with exhaust, intake, tuners etc.

However, the top trim models for the second gen— the Grand Prix GTP, Monte Carlo and Impala SS and Regal RS  —all featured a supercharged version of that engine, producing around 240 horsepower. And that’s even better.

That supercharged 3.8-litre carried over into the third and final generation. But also available was a 5.3-litre, LS-based V8 which made just over 300 horsepower. This engine was available in the Grand Prix GXP, Monte Carlo and Impala SS.

Nobody wants these cars because they’re front-wheel-drive and have four doors and are automatic only. Now granted, that’s not exactly a recipe for sportiness or fun. But you really won’t mind when you’re stomping out your buddies Jettas, Golfs and FR-S’.

Plus, if you want to talk about a “sleeper” look no further (especially when it comes to the insurance companies).

Still on the fence? Here’s Ryan Gosling making an Impala look like the coolest car on Earth.


The Bonneville gets a separate entry as it's not actually on the GM W platform, despite sharing so much in common with the Grand Prix. 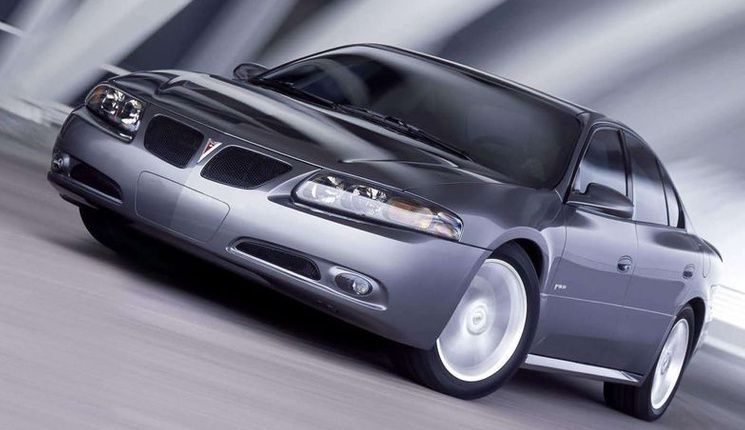 Actually, the Bonneville was on the “G” platform, which it shared with other GM luxury entries from Oldsmobile and Cadillac. Sounds boring. However, that shared lineage means the top-trimmed Bonneville GXP received the big, 4.6-litre Northstar V8 producing 275-horsepower, and a zero-100 km/h time around 6.5 seconds.

The Bonneville was eventually replaced by the superior G8 — and if you can manage to get your hands on one of those for a fair price (especially the magma hot 6.2-litre V8-powered GT model) do it.


We’re talking Chevrolet Camaro Z/28 and Pontiac Firebird Trans Am — specifically before the 1998 update and with the 5.7-litre LT1 V8 producing 275 horsepower. 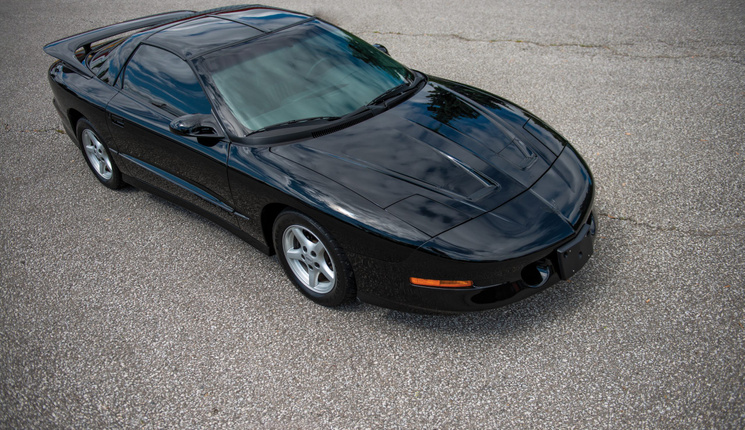 The post ‘98 cars are becoming more and more desirable by the day — with the SS and W56 models particularly starting to jump up into collector territory. However, what makes the 1998 and newer models desirable is the LS1 V8 — a more powerful, more capable version of the LT1 engine found in the ‘93 - ‘97 cars.

This is good news for you, because it means you can have a V8-powered Camaro for $7,000 as long as it has the LT1 — which is still a powerful, highly modifiable engine. And best of all, it’s a Chevy small block … so it’s cheap and simple … and torquey and makes a great noise. Really, this is the stuff first car dreams are made of.


The LX platform hosted the Chrysler 300c, Dodge Magnum, and the one you really want, Dodge Charger.

Assembled right here in Ontario and based off an old Mercedes E-Class platform, evolutions of the LX are still in production today on modern Dodge Chargers and Challengers. 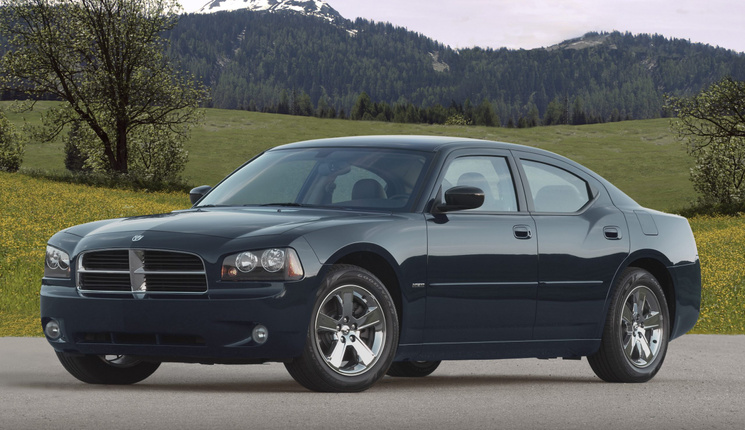 Do temper your expectations some. These cars were considerably more crude in 2006. Chassis tuning, exterior and interior quality are all far off what you might expect from a modern Stellantis-era Dodge product. You simply will not believe the abundance of hard plastic in a 2006 Dodge Charger. It makes a McDonald’s ball pit look like a luxury hotel.

But, because these old LX cars are so much less desirable than the new cars, and because the market is flooded with this platform, you can pick up one of these four-door (or station wagon) muscle cars with a HEMI V8 producing around 340 horsepower for around $7,500 (or less).

The 300c is generally the cheapest of the bunch. A Charger will run you a bit of a premium… because it’s way cooler than the 300c. Magnums are getting difficult to find and examples in good condition, with higher trim levels seem to be commanding a higher and higher dollar…

Also, for some reason the AWD variants (yes, you used to be able to get a 5.7-litre HEMI with AWD) are cheaper. Granted, they’re not as fun or cool as the RWD models, but you really, really won’t mind in the winter.


Look, if you can get yourself a Miata MX-5 for under $10,000, you should definitely buy that instead of an RX-8, because it will be less of a headache.

The truth is, however, that it’s getting tougher and tougher to find an MX-5 for that sort of money. But early examples of the RX-8? Those are under $7,000 all day long.

I owned a 2004 Mazda RX-8 and I absolutely loved it… except on all the days when something weird went wrong with it. And there were more than a few of those.

Yes, a rotary engine is a glorious thing to drive (and hear). Yes, when that rotary is coupled to a six-speed manual transmission it creates one of the most joyful driving experiences you’ve ever had. The car just grips and grips and grips, and you can scream the engine to 9,000 r.p.m. (it’s actually recommended you redline the car once per day… seriously) and the shift action is butter smooth and did I mention how this thing just slices through corners like Uma Therman’s samurai sword through bad guys?

Also, 238 horsepower was plenty for that little car. Sure, the 1.3-litre rotary made no torque, and you wouldn’t win any drag races off the line. But from a roll? It’s enough to take on most Civics, Jettas… even the occasional SN95 Mustang.

The pros managed to do 100 km/h in around 6.5 seconds in RX-8s back in the day, and while you won’t be able to do anything close to that in real life, it’s a very safe power level and chassis to learn car control with. In that way, this is a great substitute for both the MX-5 and FR-S / BRZ.

The RX-8 really is an excellent sports car. Except you won’t feel that way the first time you flood it because you accidentally shut it off too quickly after a cold start. You’ll want to roll it off a cliff. Just be aware of that.

Also you will look like a goon putting oil in it every third gas fill up. Especially if your date is in the car.

Also god help you if those apex seals burn out.

So, yeah, my RX-8 was really, really annoying. But I also miss it terribly. And I suspect your RX-8 ownership experience will be much the same — a cruel mixture of joy and irritation — just like a real relationship.


You know this car. 2.0-litre turbocharged four-cylinder engine producing 200 horsepower and zero-100 km/h times around the 6.5 second range. Always made better by the inclusion of a six-speed manual. 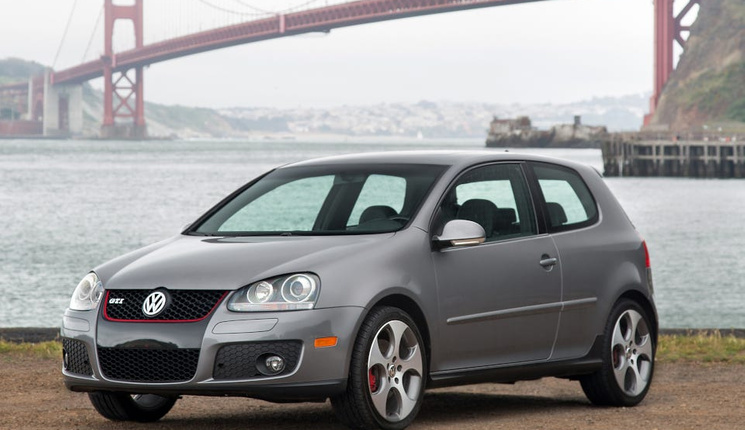 The Mk 5 was a real shot in the arm for the GTI brand, injecting some sincere performance and style back into the nameplate.  It represents an interesting point in time for the GTI between remaining decidedly analogue, while bringing the brand firmly into the modern era.

The Mk 5 still looks perfectly contemporary and so are its performance figures for its segment.

Still, this is a model worth putting into your search. If you can find a healthy one for a good price, there’s little drawback to a Mk 5 GTI, at least, on paper. Repair bills not withstanding.

Should you expand your search for an older Mk 4 model? I wouldn’t bother.


Well, you knew it was coming. Mainly because every Tim Hortons parking lot is lousy with these things ever since an entire generation of executive mothers decided to upgrade to luxury crossovers and their annoyingly lucky pre-frat bro sons got to enjoy the spoils of their hand-me-downs.

Does the G35 have a bad image? Very much so. 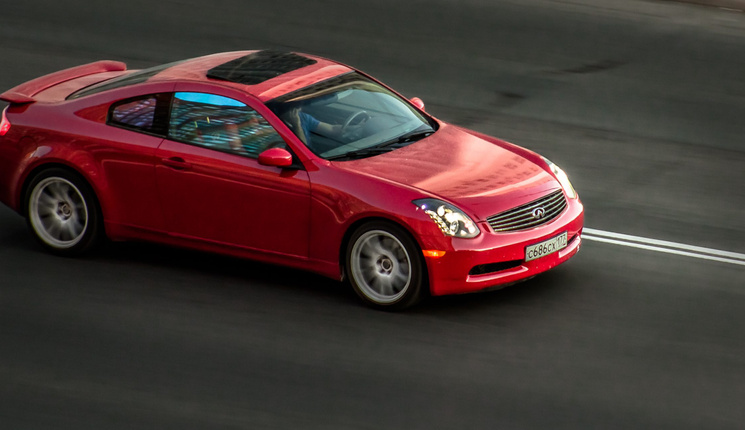 But…come on. This is an actual Nissan Skyline underneath all that Infiniti branding… and it’s not unthinkable to be able to get a two-door one with a stick shift for around $8,000. If I was 16-years-old right now, I’d be fighting like Brad Pitt’s pit bull (I know, that’s my second Tarantino reference in this article) to get my hands on one.

However, I will say, this is the one on the list that new drivers should probably respect and take the time to learn the most. This is the only car on the list that breaks into the sub 6-second 0 - 100 km/h time and that’s starting to edge on serious power and acceleration.

The infamous 3.5-litre V6 “VQ” engine makes almost 300 horsepower. You combine that with a six-speed stick and RWD, and that’s not always a great recipe for overconfident, young drivers.

Is every young driver with one of these a guaranteed menace? Of course not. But it does take a level of respect, patience and self-awareness as you begin learning to control legitimate horsepower.