Five luxury automakers that made the move to commuter vehicles

Join the Conversation (0)
Everybody dreams of owning an expensive car. But building high end, exclusive vehicles is not always a pathway to profit. Just ask Lamborghini, Maserati or, even at times in its history, Porsche.

Too expensive. Not practical. Difficult to drive. These are the factors that have traditionally limited sales for luxury auto brands. The solution has always been to use the equity in its desirable badge to sell cars the average person can afford – or, in the case of some supercar manufacturers, vehicles that are just easier to drive.

Sometimes this strategy has been an effective way to allow more customers to experience a brand while increasing sales. For some luxury automakers, moving to more accessible vehicles is simply how they survive and reinvent themselves for a new generation.

For others – those brands founded for nothing more than a passion and love of driving — it’s difficult to see their expansion into the mainstream auto market as little more than a cash grab. Here is a look at five high-end brands that have made the move to commuter vehicles. 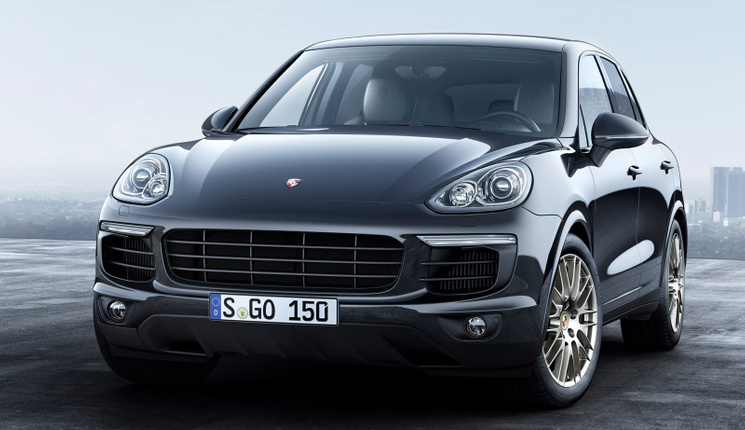 Perhaps no brand has shifted its focus quite like Porsche. A brand that exclusively made two-door sports cars for hardcore enthusiasts less than two decades ago is now ubiquitous in the world of commuter sedans and SUVs.

However, you can’t call its Cayenne, Macan or even Panamera simply a rebadge job. Even though modern Porsches share much in common with their Audi and Volkswagen counterpart, anything with its iconic badge still manages to feel like its higher end offerings – even its new electric vehicle lineup.

When the Cayenne arrived on the scene back in 2003, its success was anything but guaranteed. However, Porsche soon found that SUVs were its new meal ticket, as sales easily outpaced the Boxster — the brand’s previous attempt at creating an accessible product.

In 2021, the brand best known for manufacturing the classic 911 sportscar sold far more luxury, commuter SUVs than any of its other models. Almost two out of every three Porsches sold that year was either a Macan or a Cayenne. The truest sports car Porsche still makes, the 718, accounted for roughly one in 20 cars sold.

The whole situation seems like a win-win. Anyone buying a Porsche SUV will still feel like they’re getting the Porsche experience. And because Porsche can sell five times as many SUVs as 911s, it means the automaker can finance more specialized sports cars for the true enthusiasts. 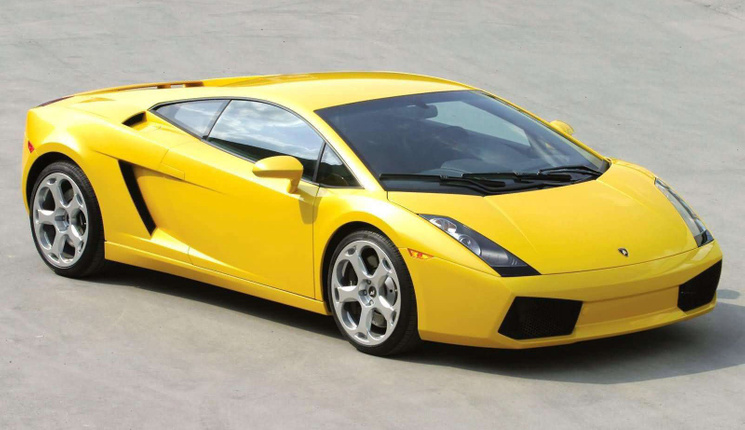 You would be forgiven for thinking at almost all modern Lamborghinis are just wide-bodied Audis. What was once a symbol of rebellion and bravery in movies like “The Cannonball Run,” the Lamborghini badge now stands for capitalism.

In Lamborghini’s defense, the brand was never actually profitable before the Volkswagen group took the reins of the company in the early 2000s and had Audi engineers tackle all the noise, vibration and harshness drivers of its sportscars needed to contend with.

The result was the Gallardo, which is said to be Lamborghini’s best-selling car. The effort combined Lamborghini flamboyance with Audi sensibility and the result was a successful moneymaker – for the first time in the history of the brand.

The downside of the Gallardo, because it was no more difficult to drive than an Audi A6, was that it opened Lamborghini up to non-enthusiast — who no longer needed to suffer through heavy clutches, poor visibility and drivetrain issues for the thrill of the ride. The Gallardo effectively turned Lamborghini into a fashion statement.

The brand’s latest, the Urus SUV, is essentially an Audi Q7. It’s as about as normal as a vehicle can be and borrows many components from multiple brands under the Volkswagen umbrella — including Porsche. There’s nothing particularly brave, unique, cool or Lamborghini about the Urus apart from its exterior styling.  It feels more like something Ford or GM would create. 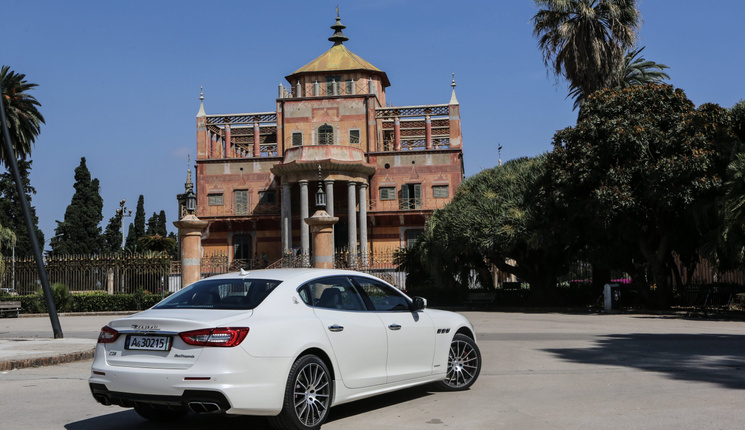 Maserati has the misfortune of being the Italian sports car brand you think of right after Ferrari, Lamborghini and maybe even Alfa Romeo come to mind. While enthusiasts are more familiar with the company’s supercars or GTs, Maserati has attempted to build more commuter friendly sedans for several decades.

The first Maserati Quattroporte arrived on the scene in 1963. And while there have been some notable gaps in production (in no small part due to Maserati ownership changing hands frequently) the version of the Quattroporte we know today arrived in 2003.

While it may have depreciated like a stone, by 2005 the new Quattroporte had almost doubled Maserati sales in the U.S. When the smaller Ghibli version was introduced, sales in America tripled in 2014. Since then, the brand has continued to see sales growth with the introduction of the Levante SUV, and the upcoming Grecale compact SUV should continue this trend.

Maserati currently produces only one two-door sports car, the MC20. 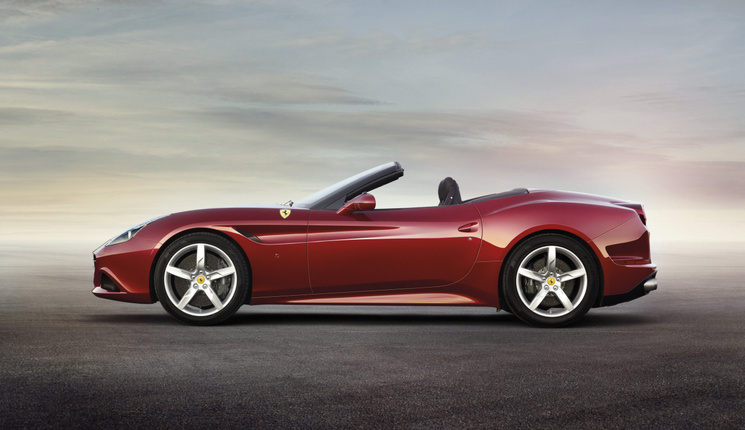 It’s hard to imagine that anything could make Ferrari feel less special. Even when the brand ventures into the everyday, like with its California or Roma models, the cars still have an air of prestige and exclusivity about them. But there’s nothing pretentious about a Ferrari. It’s not pretending to be anything. Every Ferrari, good or bad, is declarative, particular and purposeful.

However, Ferrari just released its very first SUV, the Purosangue, and it does feel less special because it is difficult to imagine the company making an SUV for any reason other than because it has to. You can imagine company founder Enzo Ferrari turning in his grave at the idea of slapping the Ferrari badge on a compact SUV just to sell more cars and make money. 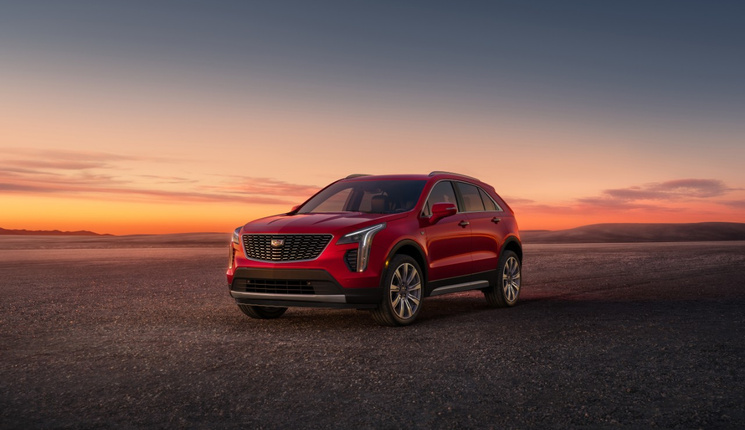 Many American car enthusiasts of a certain age will have an anecdote that ends with the line, “That’s when a Cadillac was a Cadillac.” It seems cliched, but there is some truth in the comment. Today it is hard to imagine a time when Cadillac had a strong brand identity, but in 1967, for example, an entry-level Cadillac Coupe deVille was roughly 20 per cent more expensive than a base Corvette.

To buy something like a high-end Cadillac Fleetwood, you were spending a Rolls Royce-level of money – you could buy two Shelby GT500 Mustangs for the price of just one Fleetwood in 1975.

While Cadillac was a near-unobtainable status symbol for decades, the brand failed to appeal to Generation X in a meaningful way and still struggles to remain competitive and relevant to younger buyers.

The introduction of the Escalade around 2000 helped Cadillac claw back some of its upscale image, and in 2003 Cadillac introduced the CTS — a genuine sport sedan intended to compete with German and Japanese imports. Since then, the Cadillac line has extended to include the CT4.

Chris D’Alessandro is a Toronto writer who grew up in a family of used car dealers and mechanics.