Join the Conversation (0)
We tend to think of cars, particularly affordable cars, in very binary terms. They’re either practical and sensible, or exciting and compromised. And this is a problem when you start to take on some responsibilities in your life; when your needs of a car extend beyond just a vessel for fun and adventure, and into a rolling fortress needed to transport the precious cargo strapped into a child seat.

Sure, if you’re willing to sell your first-born and maybe an organ or two, there are plenty of options, mostly from German automakers, which offer both all the practicality of a commuter car, as well as all the performance and driving experience of a true enthusiast car.

But you work for a living and so you need something a human being might be able to afford.

Luckily, there are some options. 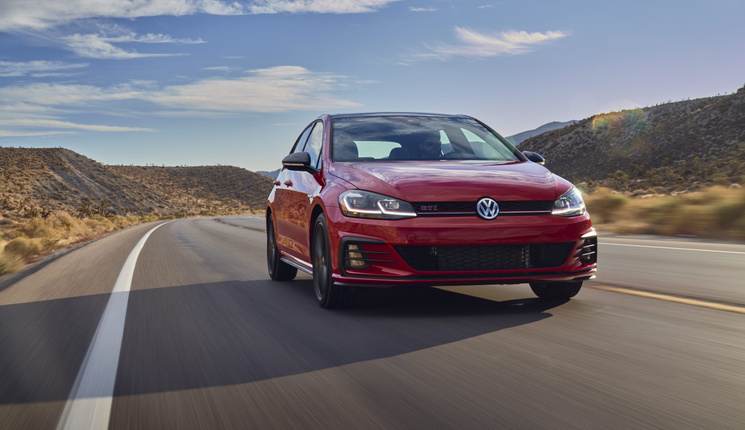 You can probably stop reading the article here. Seriously. I won’t take it personally. This is the solution to your problem.

There are only two good reasons to not buy a VW GTI. The first is that they’re everywhere and that’s a problem if you just don’t want to be the third person on your block to have one. The second reason is that VW owners will emerge from the underbrush, their presence foretold by exhaust run-off and subwoofers as they chant “One of us, one of us....”

But if you don’t mind the ubiquity and cult affiliation, the Golf GTI really is a sound purchase. It’s well-equipped, reasonably fuel efficient, is exceptionally practical with its rear hatch and available set of rear doors for those child seats we mentioned earlier. And it’s front-wheel-drive, so you’ll keep going in a mostly straight line during less desirable weather.

The Golf GTI also scores high crashworthiness from the IIHS, including top marks for its child seat anchors.

The good stuff? You get a 228-horsepower turbocharged 2.0-litre, a six-speed manual transmission (or an optional 7-speed dual-clutch automatic) and a roughly six-second 0 - 100 km/h time. 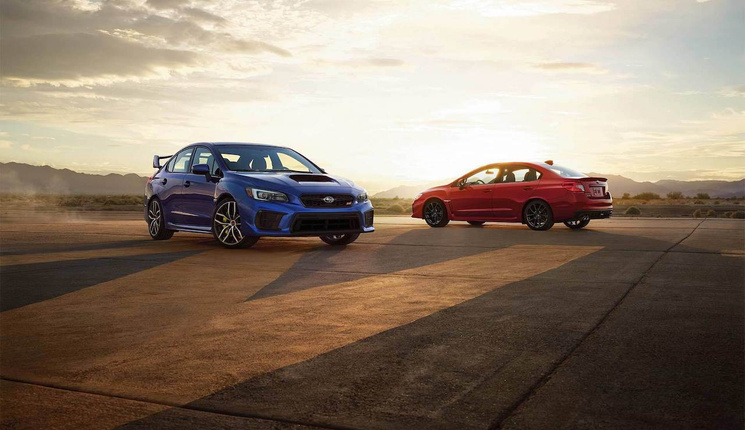 If you stretch your budget just a smidge over $40,000, then you can start shopping the spicy, 310-horsepower STI trim levels.

However, sticking with the regular WRX still gets you 268 horsepower, a six-speed manual transmission and Subaru’s legendary AWD system for tackling both bad weather and having fun — not necessarily independent from one another.

While the interior of the WRX is may seem dated to some, the Sport-Tech trim levels will offer a healthy upgrade in equipment options, including a kitted-out infotainment system and Brembo brakes (which, like the AWD, is another one of those safe and fun features).

Like the Golf, the Impreza (on which the WRX is based) receives a host of green checkmarks from the IIHS for its crashworthiness and ease of use for child seat harnesses. 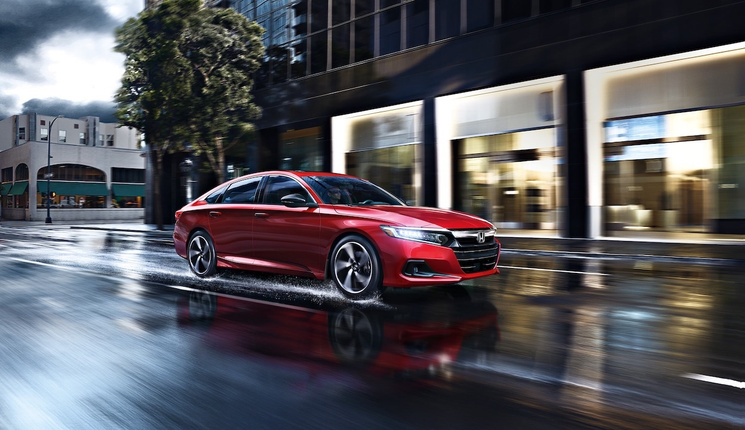 Chances are when you hear the words “family” and “fun, you tend to associate the word “Accord” with the former, rather than the latter.

That is until you get to the 2.0 models. Because unlike the cheerful little 1.5-litre four cylinder found in the base Accords and Civics, the 2.0 models receive a detuned version of the 2.0-litre turbocharged DOHC i-VTEC motor found in the Honda Civic Type-R.

Yeah. The Accord Sport 2.0 has a heart transplant from one of the best driver’s cars and certainly the most bonkers-looking hot hatch you can buy right now

So, you get the most sensible family sedan on the planet, with its leather-trimmed interior, stacked infotainment system and abundance of safety features like blind spot monitoring, cross-traffic alert and collision detection, with a 252-horsepower turbocharged engine.

Also if you can stretch your budget to a Civic Type-R, just do that. The Civic Sedan Si is also highly worthy of consideration — though only available as a 2020 model year. 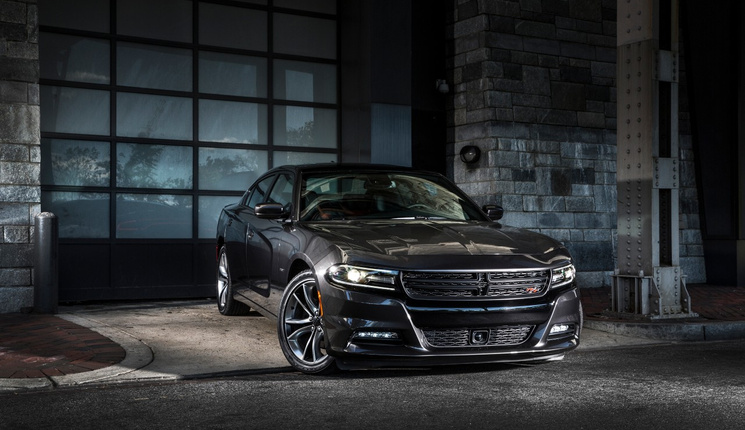 This is the “with a BIG grain of salt” entry on the list. Firstly, because you probably are not going to find any new R/T trim Dodge Chargers sitting on a lot for under $40,000. While the optional extras, like the Uconnect infotainment system and Harman Kardon sound system are desirable, checking any of those options off the list stacks up the sticker price on these cars very quickly.

Additionally, because a Charger R/T is RWD only, they’re not great in the snow. I once got an SRT Charger stuck in a snowstorm, and there is nothing more frustrating in the world than spinning away 500 horsepower and going nowhere.

They also have some weak points in their crashworthiness, according to the IIHS, including in their child seat anchors.

Admittedly, not a great case for the Charger so far.

Now you could remedy both the price and RWD issues by going for a GT trim, which is a less expensive trim level and available in AWD. But here’s the thing. The ‘fun” in a Dodge Charger is spelt “H-E-M-I”.

You know what won’t make you wish you bought the Accord? Every time you jam your foot into the accelerator and the sound and sensation of torque from the 5.7-litre HEMI V8 engine puts a big smile on both your and your kids’ faces.

Look, the Charger’s got 4-doors and a big trunk. That’s what your grandfather used to call “family friendly” and your parents made it out in one piece. Mostly. 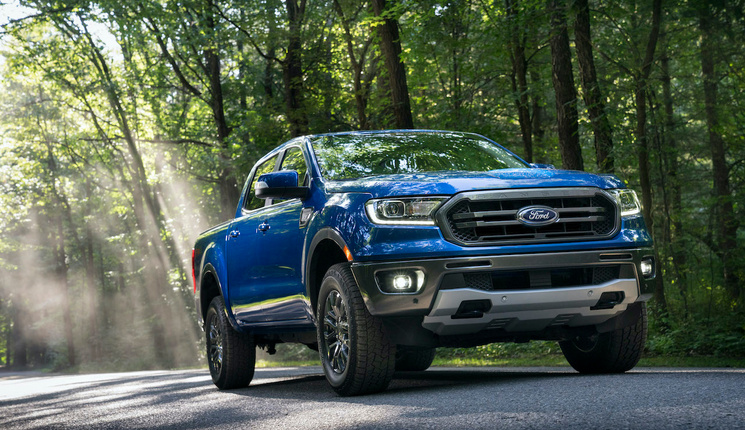 Sometimes fun isn’t about what a car can do so much as where it can take you.

And with some reasonable (a little more than reasonable with the FX4 Off Road Package) off-road capabilities, putting a Ford Ranger in your driveway means you can also put it in a forest or up a mountain somewhere.

There are plenty of commuter 4x4 off-road options these days. But very few offer the level of practicality and equipment of the Ranger at its price point. On the XLT, expect safety features such as roll stability control (what it sounds like) and a blind spot monitoring system with cross-traffic alert.

While not ideal for child seats, according to the IIHS, you do get child locks for the cab. Fair enough, you don’t want to take a baby camping anyway.

Also, don’t forget the great thing about a pick-up truck is that it’s a pick-up truck. Move furniture, but bikes or camping gear in the back, the world is your oyster.