Five Automotive Trends and Tech We Expect in 2023

Join the Conversation (3)
Since the summer of 2020, automakers have been struggling to meet buyer demand for new vehicles. A combination of a serious semiconductor shortage and plant closures related to the pandemic has driven the problem, and it has been a tough one to fix. The shortage has sent prices of new and used vehicles skyrocketing, pushed waiting lists from weeks to months to years, and has led to serious buyer unhappiness. But all that could soon start to change this year. Here are five automotive trends and tech we can expect in 2023.


At the recent Toyota Prius first drive event, Toyota Canada executives told us they expect the company to be "absolutely full out" in production this year. Other companies are also showing strong production forecasts as they work to solve the shortages.

Combine more vehicles on dealer lots with higher interest rates, and the price of used cars could quickly return to something more like what we're used to as well. It won't happen right away, but the brief period of four-year-old cars selling for their original MSRPs could be over by mid-year. We're already starting to see a return to manufacturer incentives on new vehicles, with full-size trucks especially being offered with interest rates well below market.

The End of Traditional Dealerships? 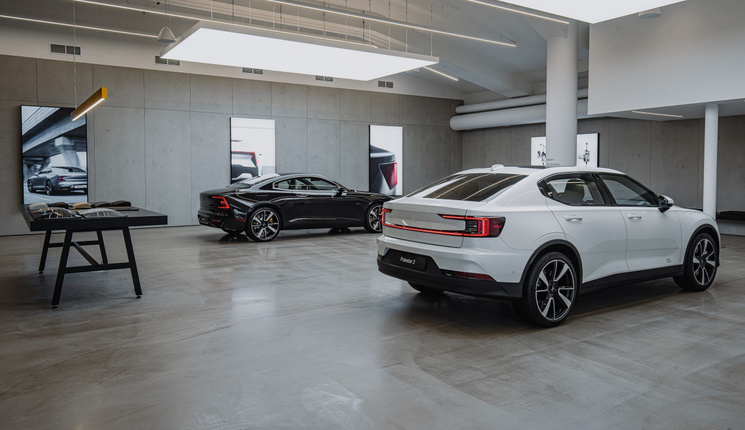 Startup automaker VinFast now has two stores open in Canada (one in Yorkdale Mall, the other in Carrefour Laval), and that has brought a new automaker to Canadian roads selling a pair of electric SUVs. It also showcases the car sales trend we expect to flourish in 2023: the un-dealer dealer.

Tesla was the first to launch this direct-to-consumer retail model at scale, where the vehicles are displayed and sold at a store that more closely resembles where you'd buy clothing or electronics than a traditional car dealer. Genesis and Polestar, brands from more established automakers, are also trying the same thing, though there is on e major difference.

Genesis and Polestar stores are owned by a dealer. Usually the local dealer for their more mainstream counterparts Hyundai and Volvo. Tesla stores, along with the new VinFast stores, are run by the automaker directly. There's no third party in the middle, which has the potential to be better for both the automaker and the customer. Of course, it's more complicated than that, and there are some benefits to having a third party in the middle.

Electric startup Lucid has three Canadian stores already and electric truck builder Rivian is expected to open stores here this year as well. With VinFast announcing plans for 38 stores in Canada in 2023, this is the year that cars come back to the mall. It will also be a test for how successful (or unsuccessful) the direct sales model will be. 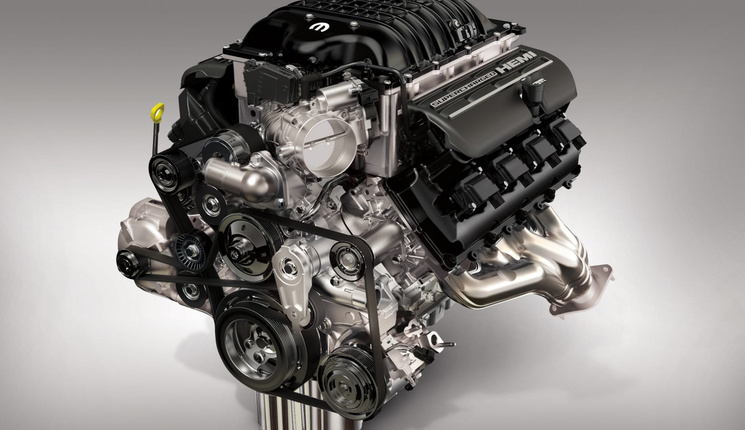 While the death of the V8 engine has been predicted for years, 2023 will go down as a major extinction event for vehicles with eight cylinders. Toyota's V8 Tundra and Sequoia have been replaced by six-cylinder engines this model year, and the same goes for the Lexus LX. Mercedes-AMG, builders of some of the hairiest V8s we've seen in decades is replacing the 4.0L twin-turbo V8 with a four-cylinder hybrid in some models this year. Even Ferrari is building some of its cars with six-cylinder engines instead of V8s these days.

But here's the kicker. Stellantis builds some of the best V8s on the market right now, including the supercharged 6.2L Hellcat that makes more than 800 hp in some applications. That big engine is even offered (with a different name) in the Ram 1500 TRX pickup. The Dodge Charger and Challenger, available with 5.7, 6.4, and 6.2L V8 engines are going away. At least as we know them. The vehicles are now being sold as "last call" special editions and the Ontario plant where they're built will be retooled for EVs starting early next year. The Chrysler 300, built at the same plant, got a very limited 6.4L 300C model this year and then it too is set to disappear. The Dodge Durango gets the 6.2 and 6.4L V8s, and it too is expected to be gone next year. The Jeep Grand Cherokee will lose its 5.7L Hemi V8 for 2023, with that engine reserved for the longer L version of the model.

So if you want a V8 engine beyond 2023, you'll need to look to the pickup, the high-end sports car, or the few full-size SUVs that still offer one. And we'd bet the days of those models having eight cylinders are also limited. 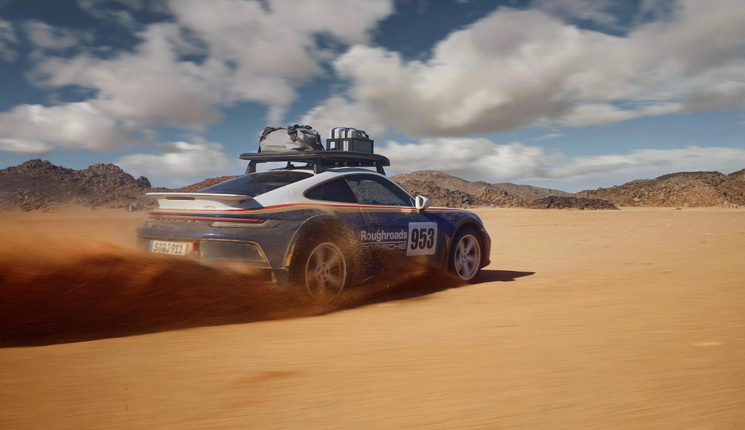 The off-road trim package has been a huge trend in the last few years, with nearly every automaker offering a model of at least one crossover with some mildly aggressive tires and plastic cladding just in case you find some mud or a tree branch on the road. For 2023, the trend grows with some more functional models like the Chevrolet Silverado ZR2, Honda Pilot TrailSport, and Kia Telluride X-Pro as automakers are feeling out what buyers want and what they'll accept in terms of compromises to on-road performance.

What's new is that the performance vehicle companies have gotten on board. Porsche will be bringing the lifted and all-wheel drive rally-ready 911 Dakar to market this year, and Lamborghini has the V10-powered Huracan Sterrato ready for its mud-loaded launch. With Porsche and Lamborghini on the trend, we're expecting to see even more mud-spec SUVs and possibly even more cars coming from more brands in a hurry. 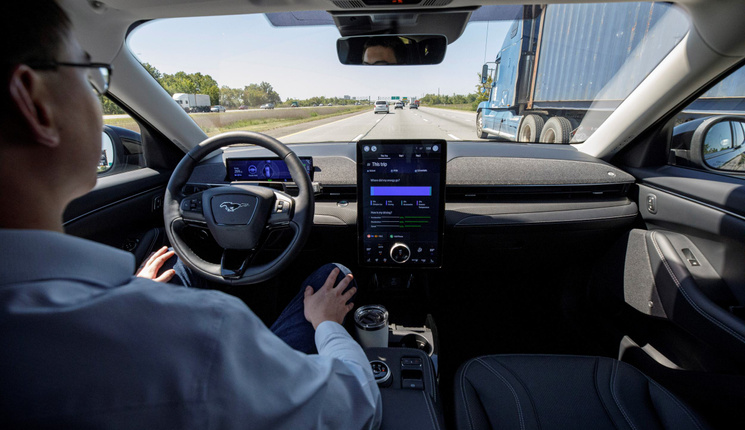 It's been five years since Cadillac introduced the first hands-off driver assist system, but 2023 looks to be the year where these Level 2 Autonomous Driving systems become commonplace. GM is making a big update to Super Cruise for 2023 that will double the size of the road network where drivers can potentially go hands-off. Super Cruise should also become more available on more models as the semiconductor shortages ease. The company is set to launch Ultra Cruise in 2023, which GM says can handle 95 percent of driving scenarios on public roads in the U.S. That means in the city, the first time a system allows hands-off driving in urban environments. Ford BlueCruise and Lincoln ActiveGlide will be adding hands-free lane changes and in-lane repositioning to make sure you're not crowding big trucks on the highway.

BMW is launching its hands-off system this year. The new 7 Series, including the electric i7, will be offered with BMW Highway Assistant. It allows hands-off driving on pre-mapped sections of divided highway. Volvo expects to start testing its Ride Pilot autonomous drive system in California later this year. Coming first to the EX90 SUV, it is set to gradually get rolled out in other markets if the California test is successful.

Hyundai Motor Group is bringing to market its own hands-off system, called Highway Driving Pilot, this year. The system launched in the company's home market on the Genesis G90. It is expected to be introduced on the Kia EV9 three-row electric crossover later this year, and that could mark a key point for the adoption of the hands-free driving assistant system.

Bonus: The Wave of EVs is Finally Here 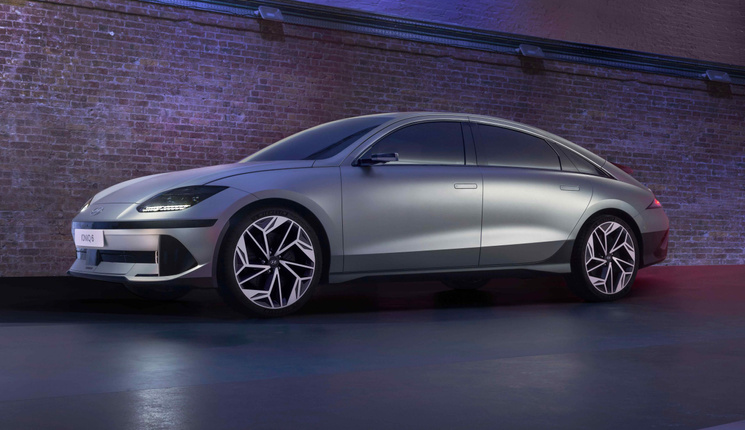 After years of "soon!" and "next year," buyers are about to see the swarm of electric vehicles we've been promised. Volkswagen's ID. Buzz, the automaker's revival of a 1950s classic, might be the most high-profile, but we're expecting loads of models in all segments from the Buzz to the Chevrolet Equinox EV as well as the three-row Kia EV9, Hyundai's Ioniq 6 coupe, and plenty more. Nearly every automaker should have an EV for sale by the end of the year, and those who don't will run the risk of falling behind. We're just hoping that enough battery capacity will come online to let automakers meet the demand from buyers who want to electrify their transportation.