CES 2023: Eight of the Latest Reveals in Automotive Tech

The biggest tech and electronics show in the world is a hotbed of auto innovation.

Join the Conversation (0)
Every year, the world’s biggest electronic manufacturers and tech companies gather in Las Vegas for CES in an assemblage of gob-smacking technology – some which is way out there and some which is almost ready for prime time. With today’s automotive sector constantly blurring the lines between tech and vehicles, CES has become something of a defacto auto show of such importance that it replaced the historic Detroit Auto Show on the circuit’s calendar. With all this car tech in the hopper, we know our readers have been paying attention – and, of course, so have we. Below are our picks for some of the most notable automotive tech to come out of CES 2023. 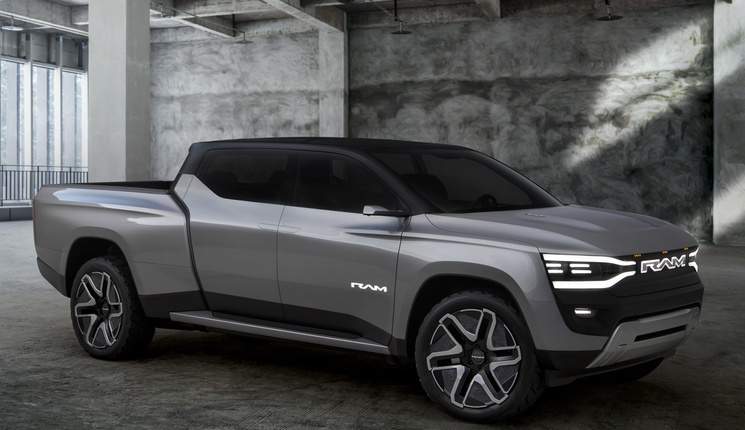 The truck brand from Auburn Hills might be late to the electric pickup party – rivals GM and Ford have already come out swinging – but Ram is bent on making one heckuva entrance at CES 2023. This vehicle stands as a concept for now but you can bet your bottom dollar that many of the trick features in the Ram 1500 Revolution will make it to the production version for 2024.

A pass-thru from its cab to frunk means that, in conjunction with the GM-style midgate, owners can load items up to 18 feet long. A pair of jump seats behind the rear bench means this thing is technically a three-row vehicle. Supersized RamBoxes on the bed sides look incredibly functional. And there’s tech like an external projector (think movie night) while Shadow Mode permits the truck to autonomously follow someone as they proceed ahead on foot. 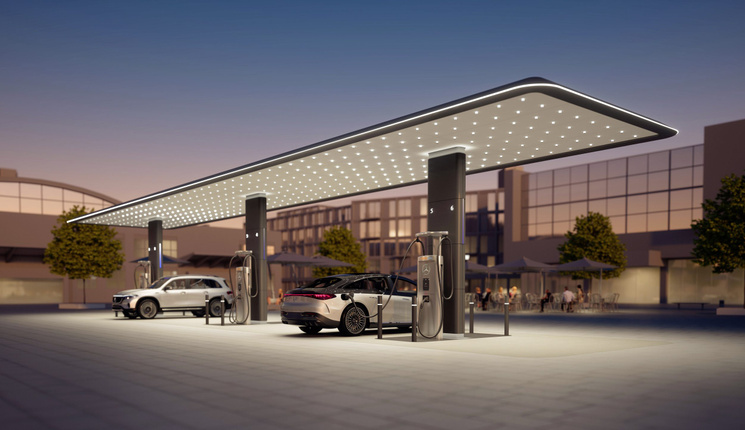 Later this year, Tesla won’t be the only EV automaker to have their own network of charging stations. The difference? Mercedes stations aren’t proprietary and may be used to juice EVs from other brands. Plans call for a rollout of up to 2,500 stations across 400 hubs in North America between now and 2027, set in locations that decidedly aren’t around the back of a shadowy building or next to a dumpster.

Mercedes-Benz branded chargers will permit M-B owners to reserve time at the unit, removing a common complaint many have about rocking up to a charger only to find someone hasn’t checked in on PlugShare. Execs are presently working with landowners and other stakeholders in Canada to shore up locations in this country, so expect to see these things before the end of this year. 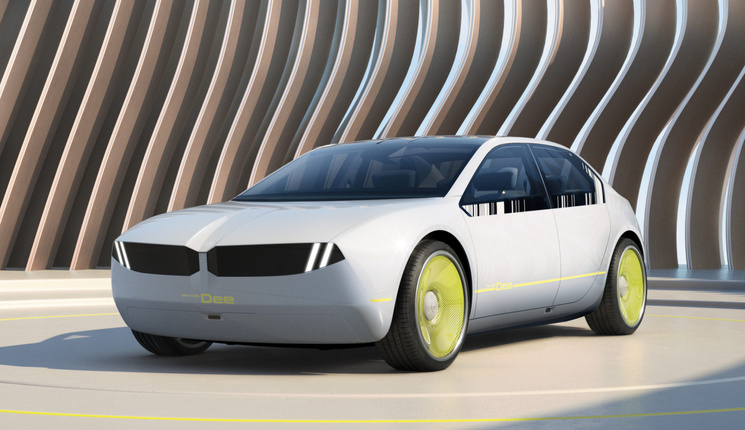 Following a bizarre but effective social media campaign which mimicked that of a hijacked Instagram account, BMW has introduced “Dee” – technically the “i Vision Dee” – which showed up as a mind-bending concept car packing colour-changing exterior panels (more than just black and grey like last year’s iX Flow concept, by the way) and a windshield promising VR-type experiences without a bulky headset. Toss in a strip of real estate between the headlights which acts as a digital screen that can make faces or serve up information and you’re starting to understand the level of “out there” in this concept.

Which is not a bad thing when it comes to concept cars. Its interior is just about entirely devoid of dials and switches, with a steering wheel about the only concession to normalcy. If you’re looking for gauges or audio readouts, remember that Dee’s entire windshield is a VR screen. And, if you’re wondering, Dee is actually an acronym for Digital Emotional Experience. Hey, at least it doesn’t have one of the brand’s hateful new grilles. 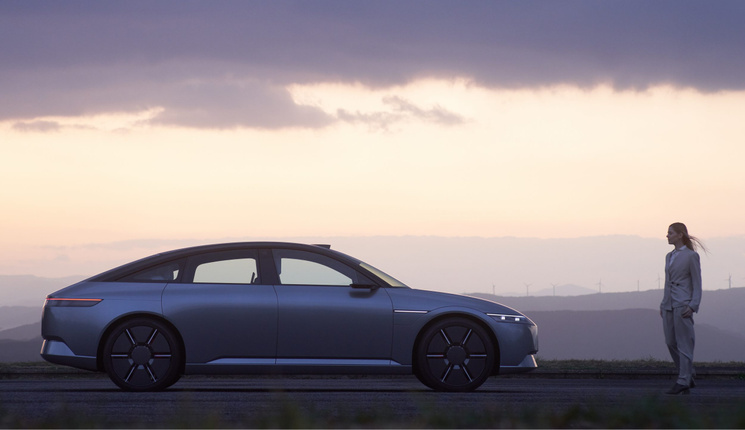 Technological advancement in the automotive sector can make for strange bedfellows – and strange car names, if we’re honest. Witness the shacking up of Sony and Honda to create the Afeela, a sedan-like EV reminiscent of a Hyundai Ioniq6 which takes some cues from the Sony Vision-S Concept car which appeared at CES three years ago. Back then, Sony said it was a test bed for tech and they were definitely were not interested in building a car. How times change.

Aiming for an on-sale date of 2026, the Afeela is intended to leverage Sony’s experience with AI, entertainment, VR, and augmented reality to present a unique EV. Toss in some Honda engineering – double wishbone suspension, anyone? – and the Afeela makes for an interesting proposition. Production is expected at one of Honda’s plants in North America. 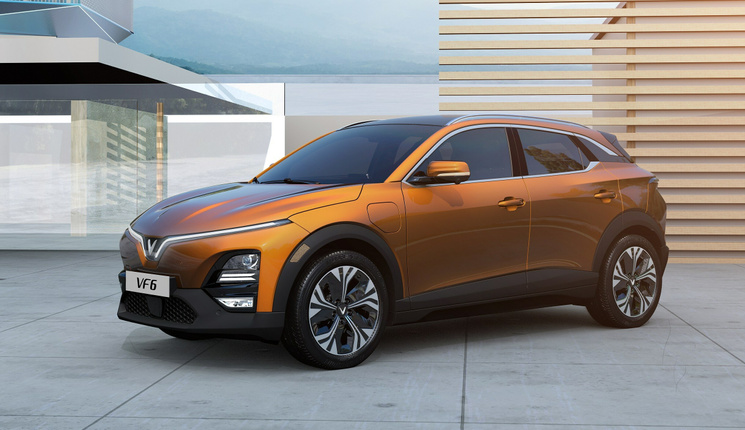 The new-to-us car company of VinFast was quick out of the gate at last year’s CES with two crossover EVs, the two-row VF8 and three-row VF9. With a handful of North American deliveries under their VinBelts, the company feels CES 2023 is the right time to introduce another brace of this market’s favourite segment of vehicle.

Called the VF6 and VF7, anyone blessed with the skill of number comprehension will immediately understand these two cars are smaller than the ones already on sale. The VF7 is roughly the size of a Hyundai Tucson, with the VF6 a few inches shorter. The latter is a front-wheel drive only affair, good for an estimated 399 kilometres of range on its 59.6 kWh battery when equipped with a 174 hp electric motor. The VF7 peaks at 450 km of range in front-wheel drive examples, while all-wheel drive models are good for about 430 clicks. 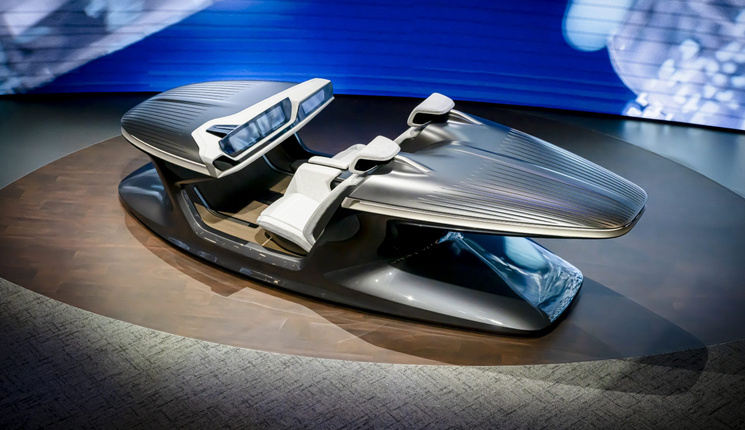 Those expecting the Chrysler brand to shore up its lean model range with a new EV may have been disappointed, but it’s not like the Pentastar showed up empty handed. This two-seat simulator is meant to showcase Chrysler-branded Advanced Technology for Real Life which uses STLA Smart Cockpit, STLA Brain, and STLA AutoDrive technology to blend modern and premium design with intuitive, advanced technology and features.

In plain English, this means Chrysler is showing off their suite of cockpit tech and driver aids in a stylish simulator which looks like a retro-future machine from the Fallout 4 series of games. It’ll be on display all throughout CES and will likely be trotted out at other auto shows this year.


A unique modular audio system designed specifically for electric vehicles, Panasonic’s new speaker design is intended to bring EV owners a high-quality listening experience but one with reduced weight and energy consumption. The new patent-pending audio system is a modular and scalable design that utilizes the cabin environment in its sound calibration.

By mapping the base audio system across the cabin, Panasonic has drastically simplified the number of speakers needed to maintain optimal sound performance, reducing weight and freeing up space. Testing of the new system design has shown up to 67% reduction in power consumed, conserving valuable energy and increasing total driving range for the average driver. 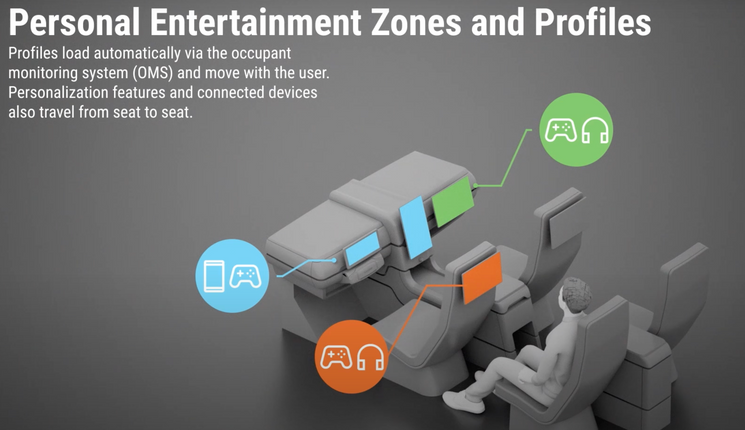 Rounding out our list is the notion that cars should recognize us when we sit aboard as passengers and serve up our preferred tech distraction. A cabin monitoring camera identifies and unlocks each passenger's personal user interface profile, enabling occupants to enjoy multiple personalized entertainment options including cloud-based games or streaming video platforms.

This tool intends to unify multiple domains – screens, controllers, smartphones – in a bid to highlight tech which advances the capabilities of Android Automotive OS to deliver a multi-zone personalized experience. In a world where consumers are expected to be constantly entertained, that’s not a bad goal.