Some need a marketplace adjustment, others are just plain old.

Join the Conversation (0)
As consumers, we’ve become quite accustomed to consistent product improvements. Each year brings us a new generation of iPhone and it can seem like your TV is outdated by the time you get it home.

With cars, however, it’s understandable that it might take a long time for an updated model to be introduced. Developing a new platform is massively expensive for manufacturers, and no consumer wants to feel like the brand new car they just financed for an arm and a leg is already out of date.

Still, it’s important to keep interest in current models, as well as stay current with the times. Manufacturers often apply “mid-cycle refreshes” or “facelifts” to existing models to give them a new lease on life when things start to get stale.

Despite updates, there are still a number of models which could use a fresh start from the drawing board — either due to their sheer age, or their difficulties within the marketplace.

This is in no way to say that a car's inclusion on this list means it’s bad. I’ve personally driven each car on this list and I thoroughly enjoyed most of them.

In fact, in most cases, it’s because I like these cars (and because I think others do and would like them) that I want to see them continue to exist into the future. 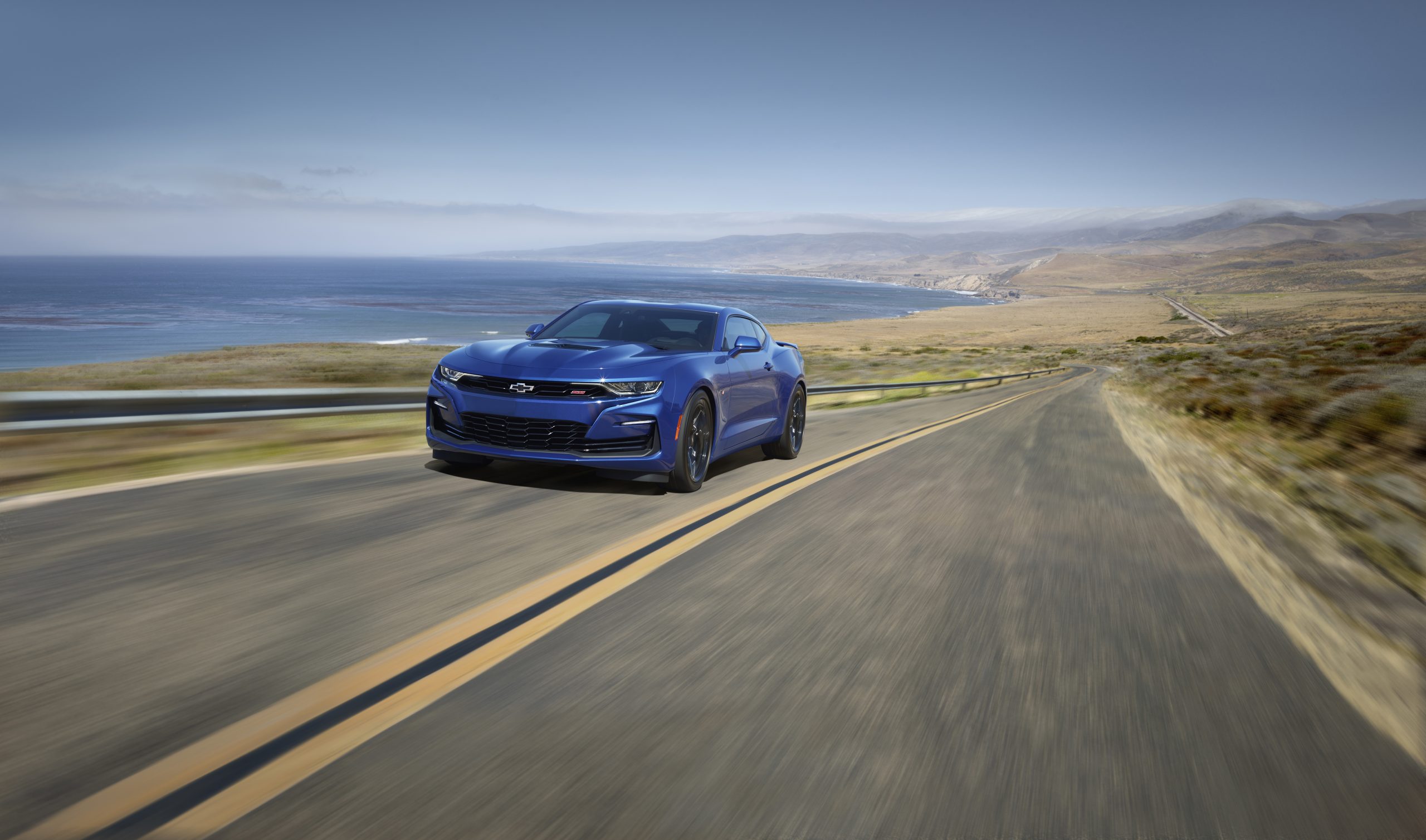 No longer simply an alternative to the Mustang, the sixth gen Camaro managed to carve out its own identity when it transitioned from the dated Zeta platform — of GTO fame — to the shorter wheelbase Alpha platform —which it shared with the Cadillac ATS — back in 2016. Where the Mustang must always have a broad appeal, working equally as an enthusiast sports car and casual grand tourer, the Camaro doubled down on its unique appeal to utilitarian-minded enthusiasts. Prioritized handling created a sincerely driver-focused machine, able to compete with the very best sports coupes from Europe.

Candidly, I love driving the current Camaro. Last year, I lived with a well-optioned Camaro 2SS equipped with a 10-speed automatic for a few days whilst staying in Honolulu. Even as a self-admitted Mustang loyalist, I simply couldn’t deny the charm and pleasures of the Chevy — despite its laughably terrible visibility (sorry Chevy fans, I had to get one jab in).

So what’s the problem? Why does the Camaro need a refresh? Well, despite being a fantastic performer, the Camaro is finding itself both in a sales slump — consistently finishing behind the Mustang and Challenger — as well as a sort of no man’s land in terms of marketplace positioning.

With rumors swirling that GM wants to assert the Corvette over the Camaro as their go-to sports car, a radical rethink of the Camaro may be what’s required to save the nameplate and avoid a repeat of its 2002 cancellation. 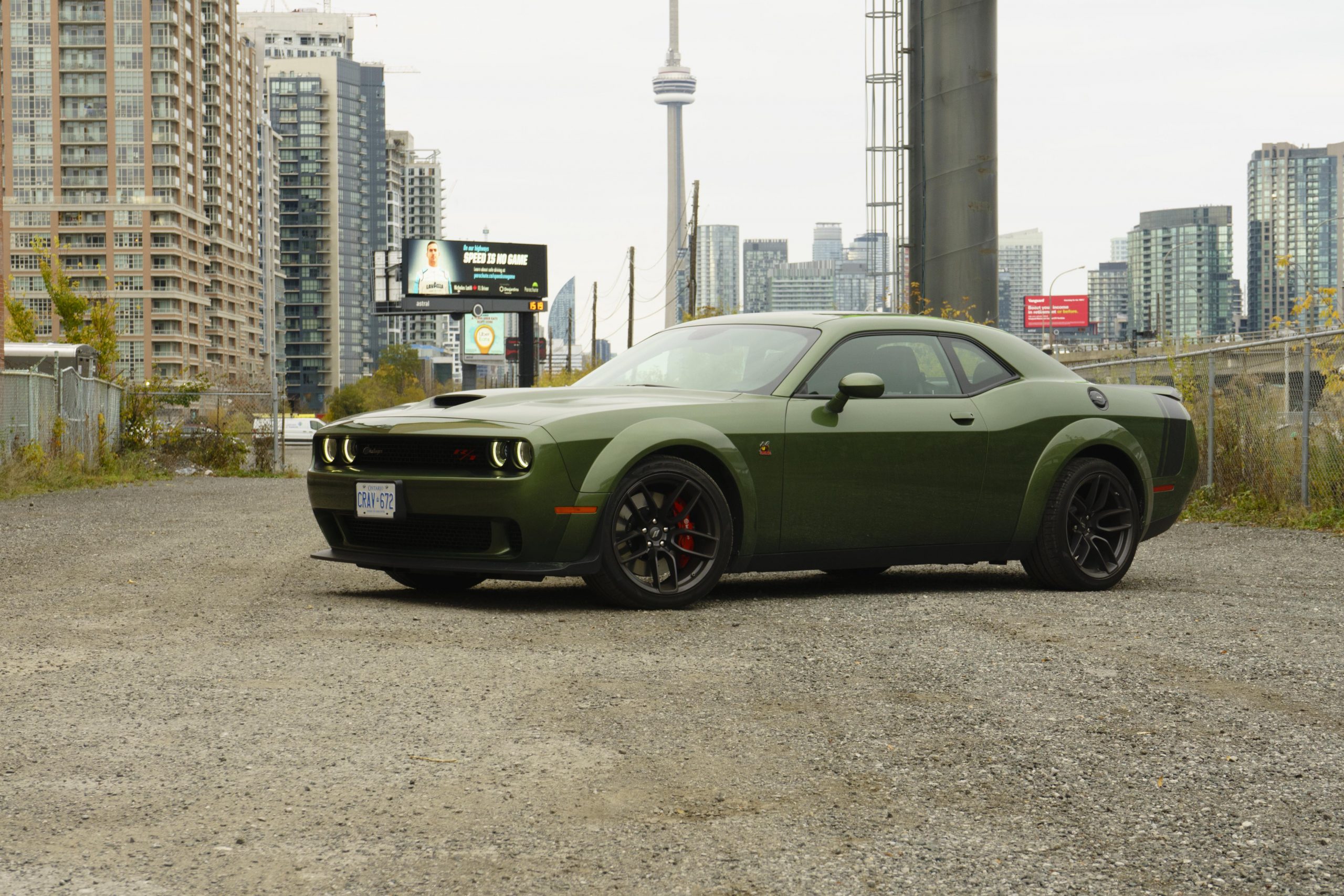 It’s a testament to the appeal of the Challenger’s attractive muscle car styling that the car is largely the same today as it was when first introduced to the public back in 2008. That’s not to say nothing has changed since that time. The 6.1-litre HEMI was replaced by the 6.4-litre “392”. The screaming 700+ horsepower Hellcat was introduced. Then there were Demons. And Redeyes. And Widebodys. And Super Stocks. And Jailbreaks…

The Challenger has also had two major styling facelifts — one for 2011 and another for 2015.

But for all the updates, this current generation is still considered the third generation (we don’t talk about the second generation Challenger).

Of course, the Challenger has been nothing short of a sales success. So it’s easy to see why Chrysler has never felt the need to sink money into developing a brand new generation when they could have so much more fun (and success) by simply adding more power.

Still, a new Mustang is on the way — meaning that the current generation Challenger will have survived three separate Mustang generations — and with the inevitable sunset of the Hellcat and 392 Scat Pack, it’s starting to feel like it’s time to evolve the Challenger platform and rethink how it delivers performance to its loyal fanbase. 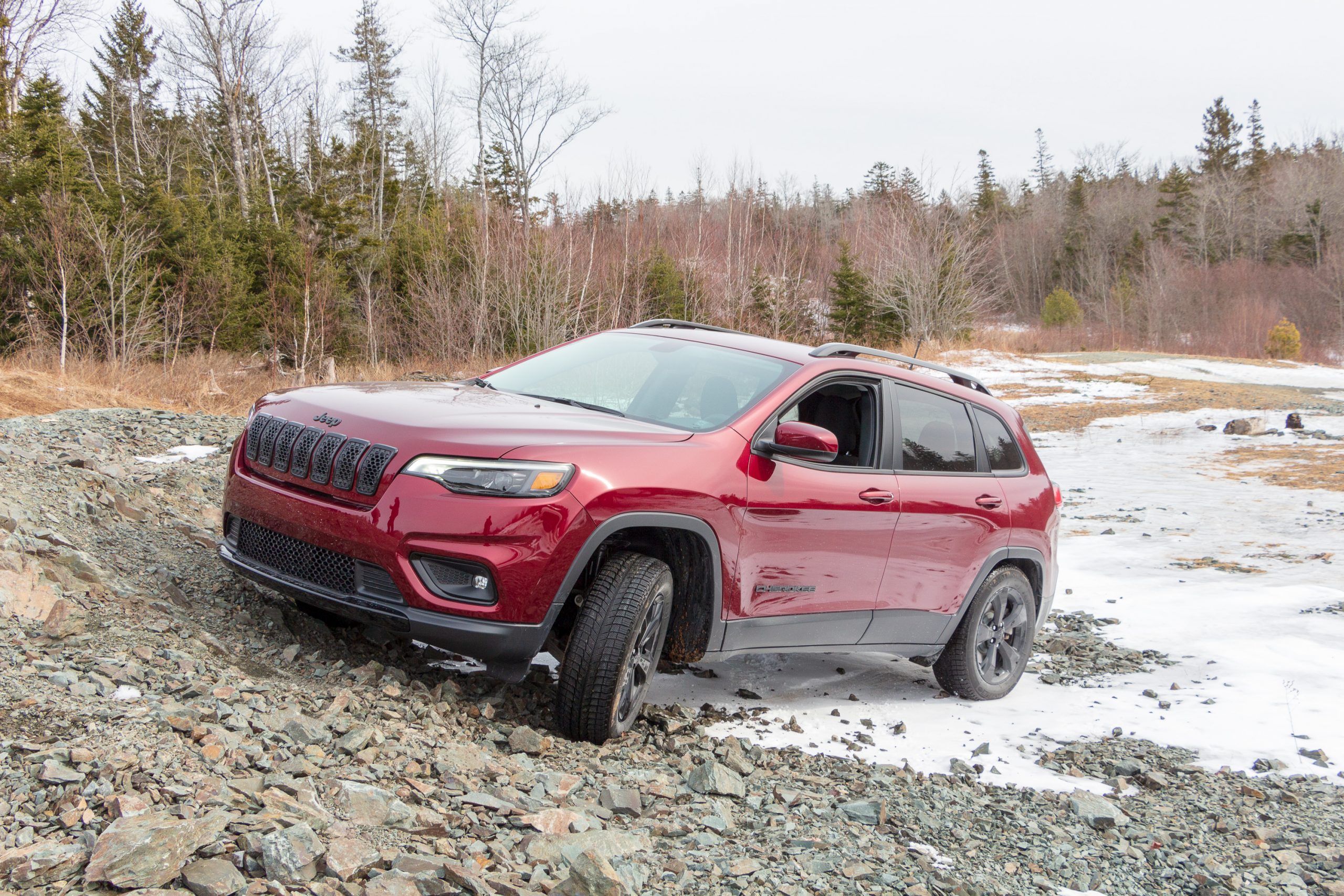 Sure, the Cherokee did receive a facelift back in 2019, but it feels too little too late for a compact SUV which consistently finishes at the bottom of class comparison tests.

With every other Jeep nameplate, there’s a reasonable explanation as to why you might buy one. The Grand Cherokee has power. The Renegade is inexpensive and compact. The Wrangler does Wrangler things. The Cherokee, however, feels neither unique within its own brand lineup, nor a superior value when compared to its direct competition. 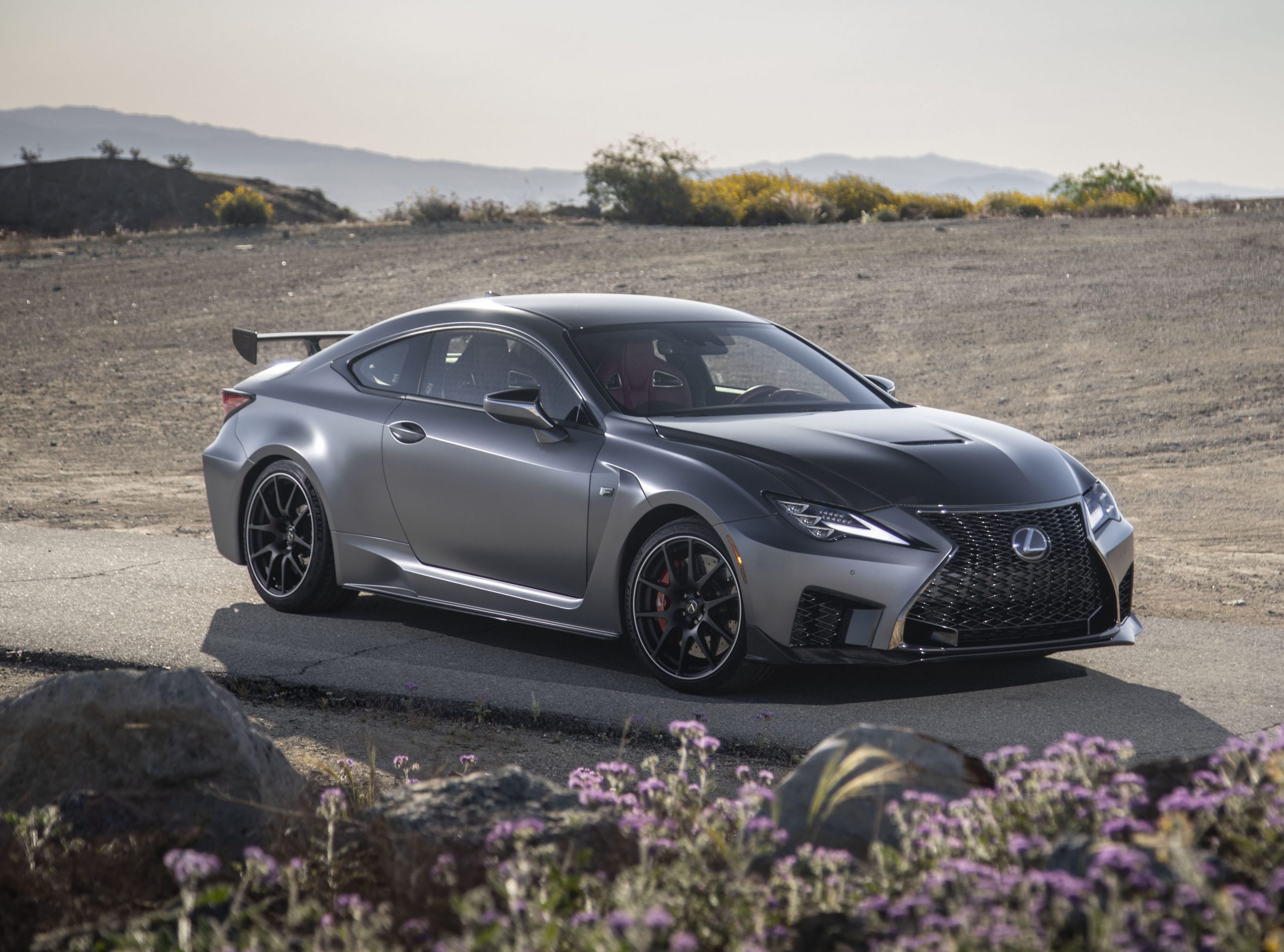 While the RC’s four-door sibling, the IS, received a contemporary facelift for 2021, the last time the RC received any cosmetic love was back in 2018. Not including the introduction of the very naughty RC-F Track Edition in 2019, not much has changed for the Lexus coupe since its introduction.

Truth be told, the entire Lexus lineup is a little dated. But given the more casual nature of vehicles like the IS and NX, mild updates and facelifts are mostly acceptable — even as the drivetrains become all-too-familiar.

The RC, however, as the brand’s entry-level “sports coupe” needs to deliver more excitement than the lumpy, slumpy, lukewarm current generation. We know Toyota has it in them. The LC 500 is pure magic. And I have to say, upon reflection, I had quite a bit of fun in the RC-F Track Edition and find myself reflecting on it fondly, even missing it. I would actually buy one if given the means.

But the RC can’t just be great when it costs $130,000, has almost 500 horsepower and is loaded with carbon fiber. It needs some of that excitement and drama in the base model too. 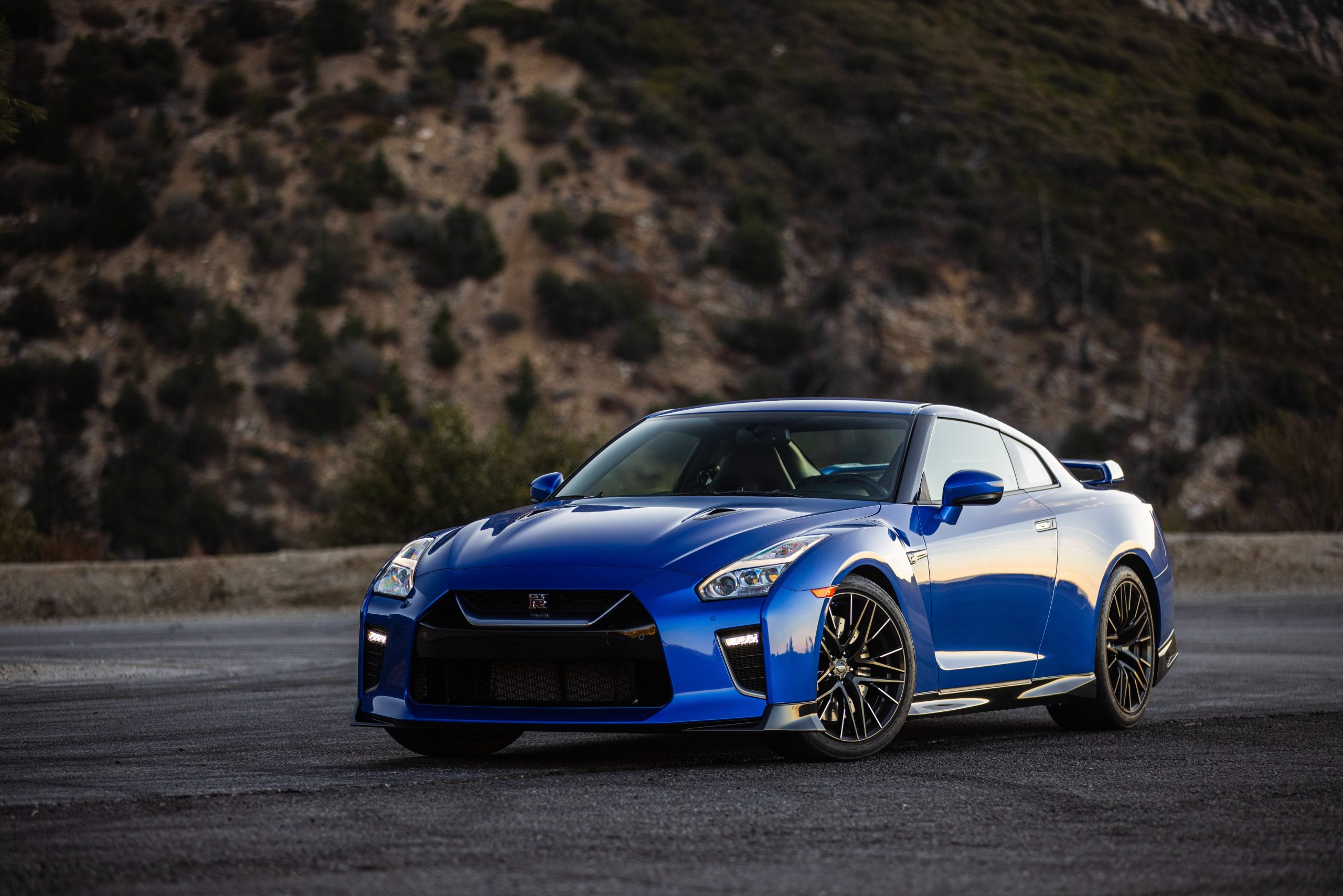 I supposed if I had engineered the R35 Nissan GT-R, I would be pretty reluctant to create the follow up.

Make no mistake, the current generation GT-R is still an absolutely spectacular machine in 2022. But in 2008? It was a mind-melter — a world beater. Its lap times drove Porsche mad and broke Jeremey Clarkson’s neck.

I once thrashed a 2012 Black Edition around a track and it turned my brain (and my neck also), into dust. Anyone who tells you a GT-R is boring is either lying, or hasn’t driven one at the limit.

It's been satisfying to see Nissan continue to improve the GT-R with consistent updates. And some of the special editions have been pretty cool — I would sell my soul for a Millennium Jade or Midnight Purple T-Spec.

But there’s no denying that, after 15 years of essentially the same car, there’s just no hype around the GT-R.

Sure, the GT-R’s performance cred is bond, but there’s also no denying that competitors have caught up. And as MSRPs have risen, the GT-R is no longer the 911-killer on a budget it was upon its introduction.

After Nissan’s big Z reveal, it’s impossible not to imagine what Nissan might be able to do for the hypothetical R36. 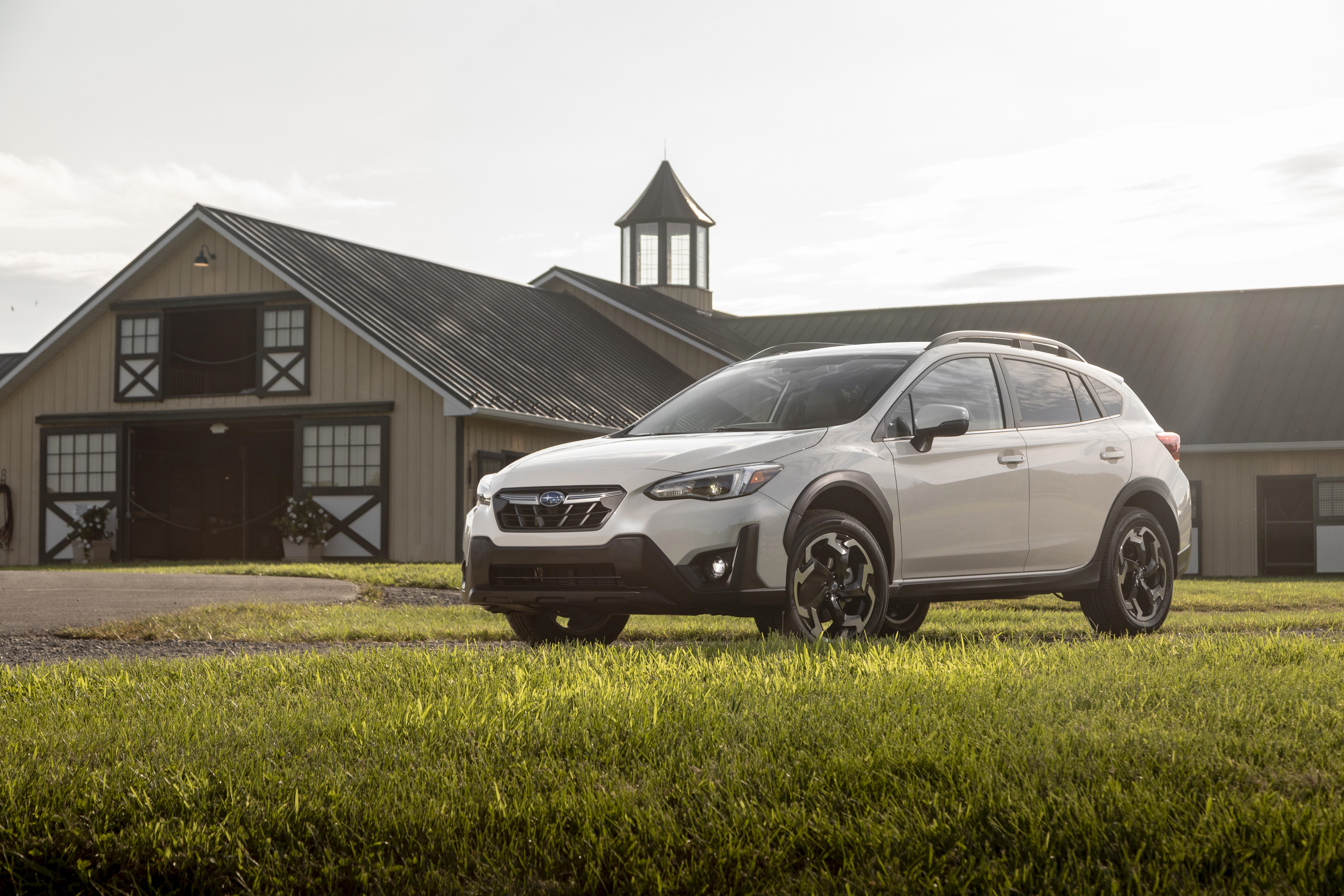 After bashing all of Subaru’s lineup through a snowy road course a couple winters back, I have to admit that, despite its age, the Crosstrek remains my favorite of the bunch.

While all of Subaru’s products — save for the BRZ— use the same four-wheel-drive architecture (Subaru Global Platform or SGP), the WRX and Crosstrek are historically most closely related. With the upcoming 2022 WRX ready to hit showroom floors, it feels like the time is now to introduce a refresh of its family-friendly off-roader sibling.

Certainly, Subaru's new 11.6-inch infotainment screen and interior styling would help enhance the heinously outdated interior. And the new 260-hp 2.4-litre turbocharged engine would help to add a little spice to the all-weather performance recipe. Also, an STI version would be great please and thank you. 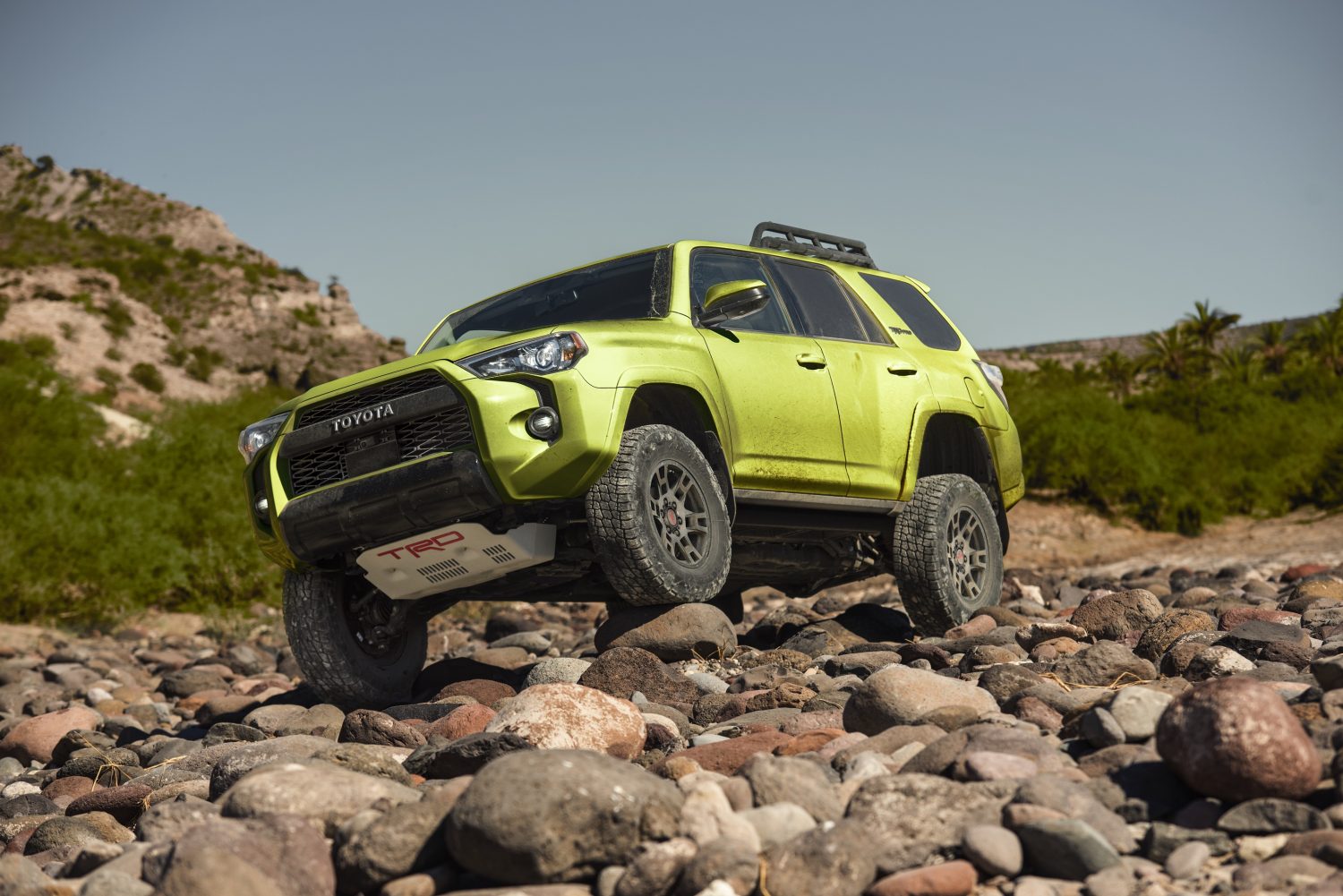 That’s how long it’s been since Toyota has introduced a new 4Runner. I spent some time with the 4Runner TRD Offroad this past summer and I will admit that I found it’s off-road-y-ness to be exceedingly capable and styling to be everything anyone who prefers Axe body spray to a shower could want.

However, the drivetrain feels every bit like it’s from 2009. The 4Runner’s required torque is provided by an ancient 4.0-litre V6, which is mated to a been-there-done-that 5-speed automatic transmission — which is curious as a 6-speed is available on the Tacoma, with which the 4Runner shares a platform.

I’m sure there’s some rock-climby, off-roady reasons why the 4Runner has this set up, but in the real world, what you get is an SUV which feels like it can’t get out of its own way, while being ruthlessly inefficient on the highway.

Still, it’s clear that it was possible for the 4Runner to stay stagnant for as long as it did because it was more or less in a class of one. Now, however, in the face of Gen Z off-roaders like the newly revived Bronco, it feels necessary for the 4Runner to evolve.