These are the five vehicles we’re very excited to drive this year.

Join the Conversation (1)
I wish I could be a sensible, consumer-advice oriented auto journalist and tell you with a straight face that the cars worth looking forward to are your responsible family sedans or whatever new electric SUV is on the way.

But let’s be honest, the cars we really want to drive are almost totally irrational. The ones that get our hearts pounding. The ones we hope will live up to the hype. The ones that feel like a breath of fresh air amongst a sea of sameness. The ones that truly give us something to look forward to.

Like a holiday. You look forward to a holiday, “Where will we go? What will it be like? What memories will we make? How much fun will we have?”

So while you may not find an abundance of cargo space, towing capacity or tech trinkets on this list… you will find a heaping helping of excitement. 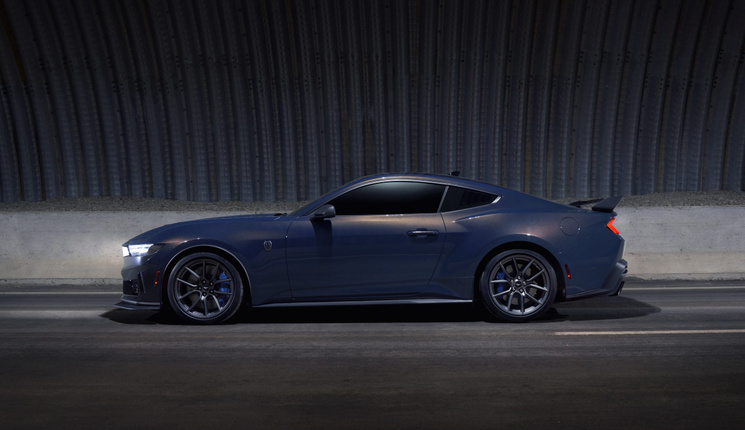 The big news with the upcoming Mustang generation is not so much what’s different, but what isn’t. Yes, the exterior has received a very modern, very angular refresh. Yes, the interior is now clad in clunky screens, with an all-digital driver interface. Yes, there are new gimmicks like being able to rev the engine from your key fob (cool?).

But what seems to have impressed most and even upset some expectations is that the new Mustang lineup will still consist entirely of internal combustion-powered vehicles. For all of you who begrudged the Mach E — this just might be how Ford was able to keep the V8 alive in the OG Mustang.

The 2.3-liter EcoBoost and Coyote 5.0 V8 will return, albeit with increases in horsepower. The star of the show, however, is the new “Dark Horse” which is not only the first new Mustang nameplate in decades but also features a very healthy 500 horsepower in addition to other performance goodies over the standard GT. 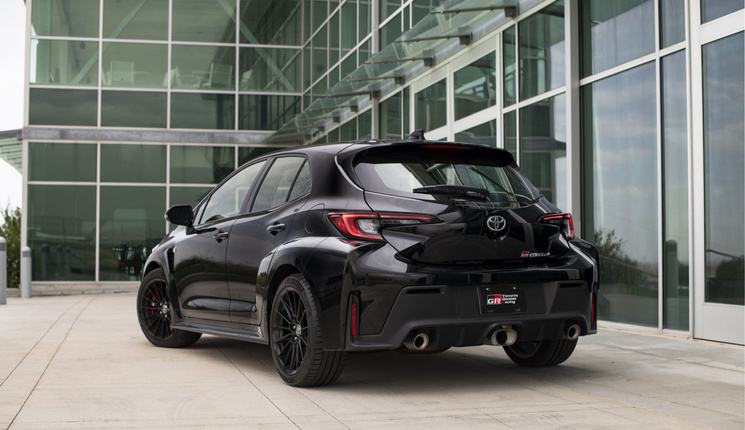 We’ve had our go at some pre-production prototypes of the GR Corolla and for the most part, everything you’ve heard about it is true. Sure, the stats are neat. 1.6-litre three-cylinder engine producing 300 horsepower. Proper six-speed manual. A configurable all-wheel-drive. Pilot Sport tires. Good stuff.

What the stats can’t tell you is how responsive the steering is. Or how easy the car is to rotate. Or how satisfying the gear selector is to slam into place as you nail a crisp shift. Or how joyful the engine is to rev out. A spec sheet cannot explain how you will never, ever get tired of hearing the turbo blow off valve.

If the production versions are anything like the pre-production cars, we can’t wait to have another go. However our biggest hope is this new hot hatch champ won’t be spoiled by vicious dealer mark up. 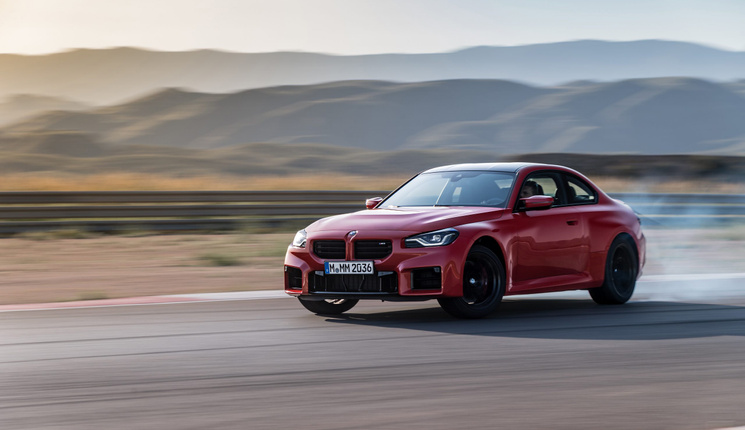 It’s difficult to imagine the latest M2 not being an instant slam dunk. The lesser M240i is already receiving high praise and as the original M2 became something of an instant classic akin to the original M3 — how could an evolution on the formula go wrong? Surely the upcoming M2’s power buff up to 453 horsepower is the only thing the new car needed, right?

Well, maybe. Because while there is a lot more power on tap, BMW has also added over 300 lbs to this new car.

The issue? More talented drivers than myself have sighted this may make the car less playful at the limit — ironically mirroring grievances with newer M3 cars — and cutting against what made the original small M cars so special.

Will it be a great sports coupe? Almost undoubtedly, yes. But will it recapture the magic of the original? That’s the real question. 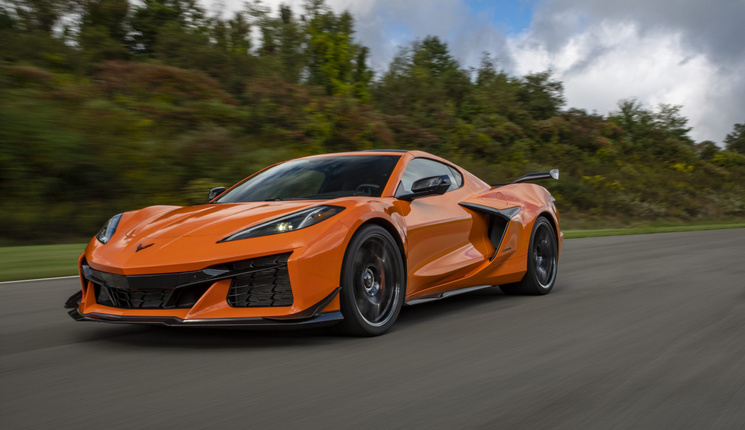 Sure, prices will be outrageous, but if you can get one for what GM intends to charge — a base price of $128,198 — you’re talking about a vehicle which will still do the same tricks as cars with price tags worth twice, even three times as much. This is America’s answer to the Porsche GT3 and mid-engine Ferraris.

Watching videos of first driving impressions, you could swear you were watching people achieve pure bliss through some kind of experimental drug trip in the rainforest. So, yeah… we want to drive it real bad. 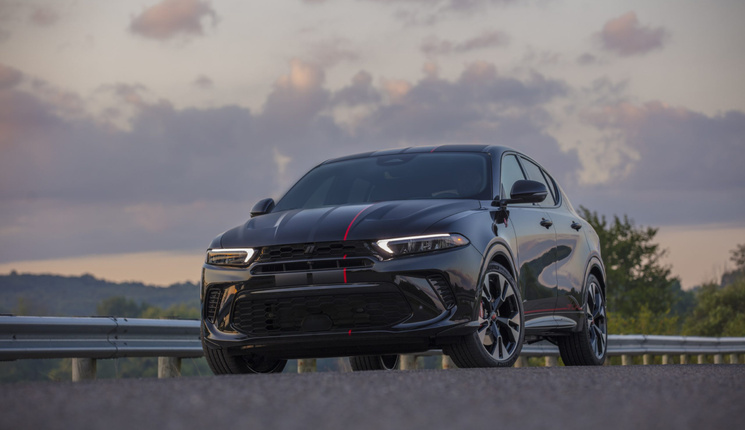 Like Dodge being forced to make the Hornet, we too had to eat our vegetables and put at least one sensible crossover on the list.

However, what’s most intriguing about the new Hornet is that it seems like Dodge at least made an effort to add a little hot sauce to their vegetables. Sure the Hornet is more or less just a rebadged Alfa Romeo. But it mercifully doesn’t look like another boring, shapeless, road-going space egg. Dare we say this crossover actually has some character, some attitude, and a little meanness to its presence.

More importantly, Dodge is also promising some sincere performance across the model range in the form of big brakes, sticky tires, as well as respectable power and acceleration.

The Hornet GT comes with 265 horsepower as standard. An upcoming R/T plug-in hybrid model will make another 20 horsepower — Dodge says the R/T PHEV can do 60 mph in 6.1 seconds when using something called “Powershot mode” which temporarily adds another 25 horsepower (cool).

And there's a GLH model on the way which will make… s’more power and presumably will “go like hell”.

The base GT starts at $40,000 and while that might be a notable premium over segment champions like the RAV4, it’s a small price to pay for personality.