Join the Conversation (1)
As I get to drive more and more cars, one of the most difficult things I find myself having to convince people of (mostly people over 40-years-old) is that a car doesn’t really need a lot of power, or a large engine, for it to be fun.

That’s a difficult concept for a lot of “enthusiasts” to wrap their head around. If you’ve only ever experienced most sports cars through the lens of your computer or television screen, it can be easy to get lost in the numbers. Through those mediums, more power only means more thrills.

But more power does not always equal more thrills in the real world. At least, not thrills more often. In fact, having big power usually means you’re having to go out of your way to experience the thrill of that power. And even then you may not really get to use all of it. And if it’s a modern car, it still might not be all that engaging.

The only thing big power really guarantees you is big fuel consumption. And these days, that’s asking a lot.

Luckily, there’s a whole crop of cars —at various price points — that are sporty, fun and engaging to drive (more-so than big horsepower monsters) and which drink fuel at a completely reasonable rate. And as far as horsepower goes… fuel efficient cars aren’t the noodly armed weaklings they used to be.

A couple ground rules. First, no hybrids or EVs on this list. That’s cheating. Second, we’re being a little flexible with the definition of “sports car” — meaning we’re including a GT coupe and a hot hatch. Finally, there’s a cut off of a $75,000 base MSRP — because anyone willing to pay more than that probably isn’t concerned about gas prices. 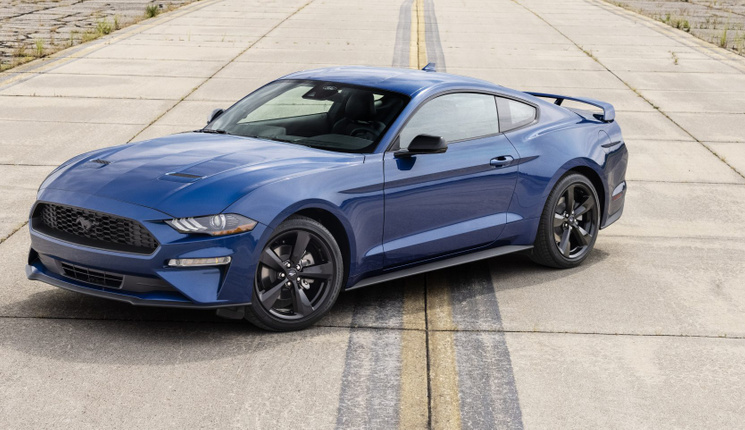 Speaking of things that people don’t believe when I tell them, the Mustang EcoBoost is a seriously fun car to drive. Yes, “base” Mustangs from previous decades were malaise on wheels. A trip to the dentist is more fun than a 3.8-litre V6 Mustang.

It’ll also do a respectable 0 - 100km/h in under 6 seconds with a manual. And with the 10-speed automatic (which, I have to admit, is absolutely the move on an S550) it’s more like 5.5 seconds. Pair one of these with a performance pack, and they’re a blast on twisty roads.

Like other cars on this list, an area the EcoBoost actually accels in over its big brother, the 5.0-litre GT, is its ability to use all of the power all of the time.

Look, I own a 5.0 GT Mustang and I will admit to you here —  every time I see a well-optioned EcoBoost drive by (particularly while I’m mid-fuel fill up) I wonder to myself, “Did I make a mistake?”

Starting at just over $35,000, the MX-5 still is the least expensive “true” sports car you can buy and Mazda deserves credit for continuing to improve and modernize the MX-5, while somehow not mucking with the simple formula that makes the MX-5 a simple and engaging driver's car.

No, 181 hp, 151 lb-ft torque from Mazda’s Skyactiv-G 2.0 L 4-cylinder engine doesn’t sound impressive. But if you’ve never driven a small, nimble sports car at the limit, you just don’t get how fun one of these things can be. Also, I would submit, if that doesn’t sound appealing to you, you just don’t like cars all that much. 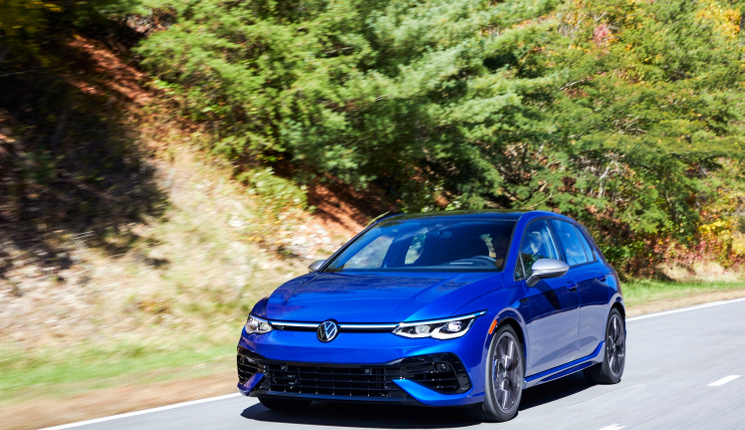 True, the GTI uses over a liter less per 100km. But we’re talking “sportiness” here and so it’s only right to give the list entry to the sportiest of all Golfs, the R.

And since there’s no Honda Civic Type R this year, and the Ford Focus RS is long dead, if you’re on the hunt for a super spicy hot hatch, this is the one to get in 2022.

Remember what we said about fuel efficiency and horsepower no longer being mutually exclusive? The Golf R is proof positive. It makes 315 horsepower and 280 lb·ft from it’s 2.0-litre turbocharged inline-four. Transferring that power through all-wheel-drive (and a blessed six-speed manual transmission) allows skilled drivers to blast the R to 100 km/h in under 5 seconds.

That’s a properly quick car by any measure. 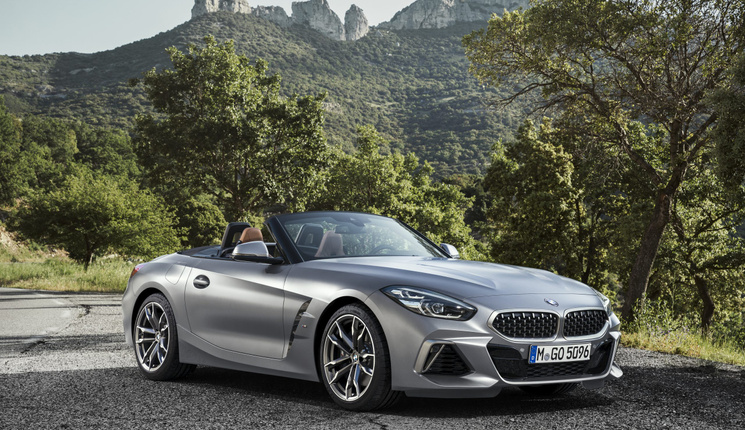 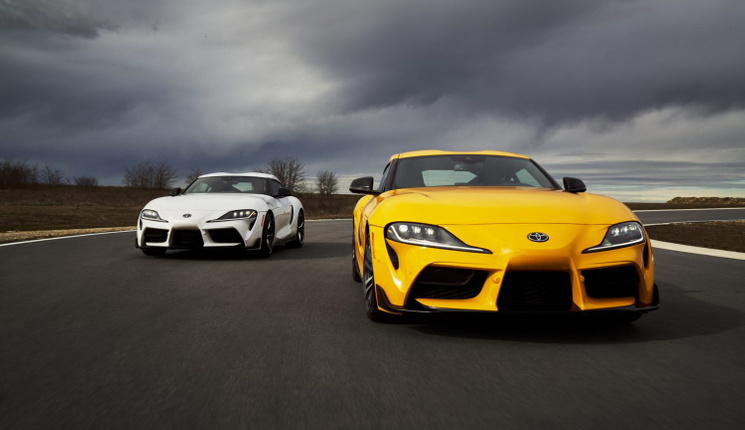 Normally I don’t like to lump these two cars together. Yes, these cars share A LOT of hardware. But BMW and Toyota took completely different tuning approaches to their respective models. It’s a little like assuming two guitar players will play the same songs just because they're both using a Gibson Les Paul. Sure, some tones might be familiar, but personal flare goes a long, long way.

Still, I think it’s fair to put these together in the context of fuel economy since their drivetrains are shared.

If you’re looking for fuel economy at any cost, you’ll want the four-cylinder variants — the Z4 sDrive 30i and GR Supra 2.0 respectively

The 2.0 models don’t get a lot of write up. But with 255 horsepower and reported 0 - 100km times in the low 5s, they’re nothing to sneeze at. And certainly the added fuel economy over the 3.0 variants is a plus.

However, the 2.0 variants are down about 130 horsepower from their respective 3.0 models. Additionally, the Z4 and GR Supra 2.0 models only save roughly a single liter in fuel over the course of 100 km when compared to their faster counterparts. Which is just as well, because the 2.0 Supra isn’t even currently listed on Toyota’s website.

Also the 3.0 Supra will blast to 100 km/h in under four seconds if you really know what you’re doing. So, yeah, you want one of those.

Also noteworthy, the Z4 and Supra, in any trim, achieve better fuel economy (at least, on paper) than the much less powerful GR 86 / BRZ siblings (at an average 10.5 L /100 km, the Toybaru twins lose out to more efficient competitors — like the MX-5).

Let’s be real, you probably can’t get your hands on a new one of these for $100,000 right now. However, under normal circumstances, a Porsche 718 ought to start you around $70K.

For that money, you get 300 horsepower, 0 - 100km/h times around 5 seconds and all the driving bliss a Porsche two-seater offers. And really that last part is the important bit. Because even though the 718 is the least powerful car on this list next to the MX-5 — you would have a a hard time finding a single person, who has driven all of these cars, who would buy any of them over the Porsche, were money no object.

On the subject of fuel economy, the lowest trim models may allow you to average under 10 L/ 100km (that’s according to Porsche themselves, so take that with a grain of salt). However even high trim variants ought to keep you under 12 L / 100km if you behave yourself.

Perhaps most importantly though, the 718 does decent city mileage, and I unfortunately suspect that’s what’s most relevant to the average 718 buyer.

Is fuel economy top of your mind when buying a sports car from Porsche? Probably not. But I think it’s one more way in which purchasing a Porsche over the competition just sort of makes sense.

Ask a Mechanic: Side detection system’s problem may be corrosion