Five epic road trip destinations to take the family on

It’s time to let off some steam by hitting the road.

Now that spring has officially arrived, the itch to leave our homes has never been this strong, especially since many of us have been locked up inside due to massive COVID-19 lockdowns. It’s time to let off some steam by hitting the road with the family. But where to go? Here are five easily accessible and fun Canadian destinations that’ll have you back home within the same day. 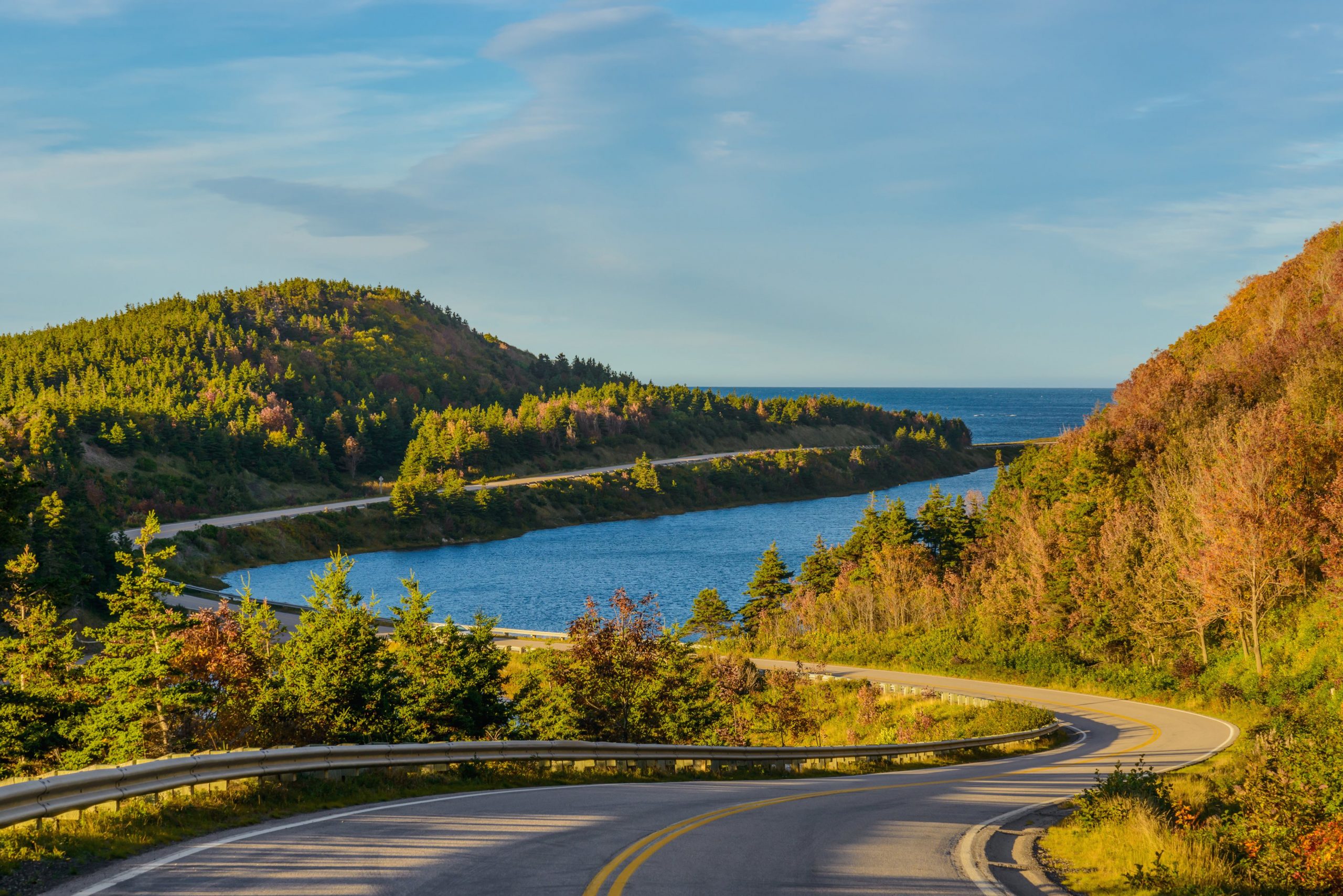 Let’s kick off this list with a Canadian classic: Cape Breton’s Cabot Trail, in Nova Scotia. If you take off from Halifax in the morning, you’ll make it there by noon. This four-hour drive won’t disappoint, as you’ll witness some of the most satisfying driving roads in the country. The Cabot Trail circles picturesque Cape Breton island, always by the Atlantic Ocean to the East, and the Golf of St. Lawrence to the North and West. Once there, make sure to indulge is some fresh local seafood, or enjoy a peaceful hike in one of its numerous natural parks. The views are breathtaking, and the air is cool and fresh. The best part of it all is you plan accordingly; you’ll make it back to Halifax in the same day. 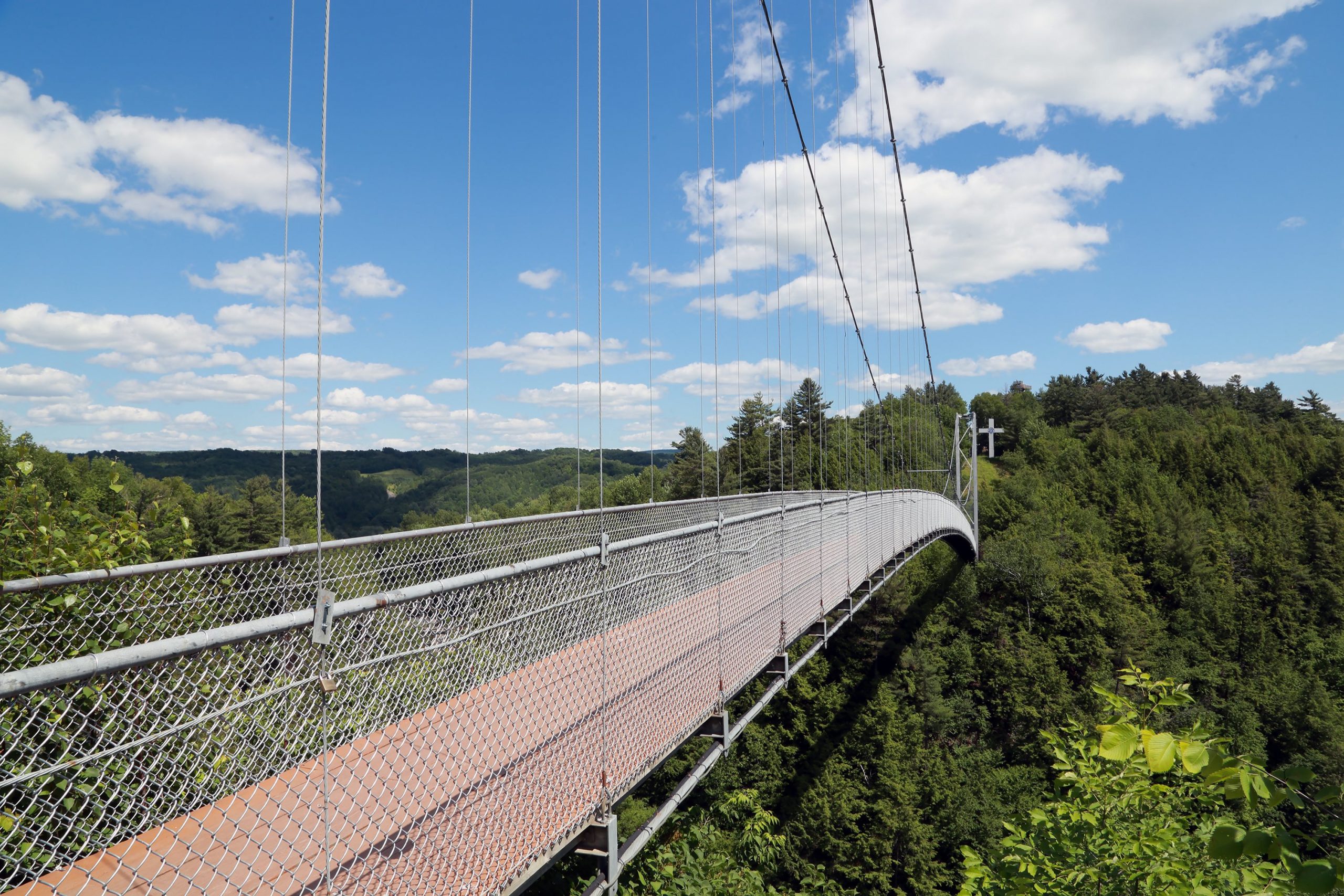 Located some 170 km East of Montreal, in the Eastern Townships region, the Coaticook Gorge is a must see experience for the entire family. Essentially a large parc which includes a variety of activities at a reasonable price, the Coaticook Gorge is best know for its massive 50-meter-deep canyon and majestic suspended bridge. When it was erected in 1988, the bridge became the highest pedestrian walkway in the world according to the Guinness book of records.

Hovering high above the gorge, the bridge is 168 meters long and can sustain up to 800 people. It’s a truly fascinating sight to behold, but make sure you’re not afraid of heights before crossing because while safe and well-maintained, this two-meter-wide suspended bridge can easily give you a scare.

While you’re at the gorge, be sure to enjoy the Foresta Lumina multimedia nighttime experience, which begins its showings in June. You’ll also want to stop at the renowned Coaticook dairy company for some locally made cheese and ice cream. 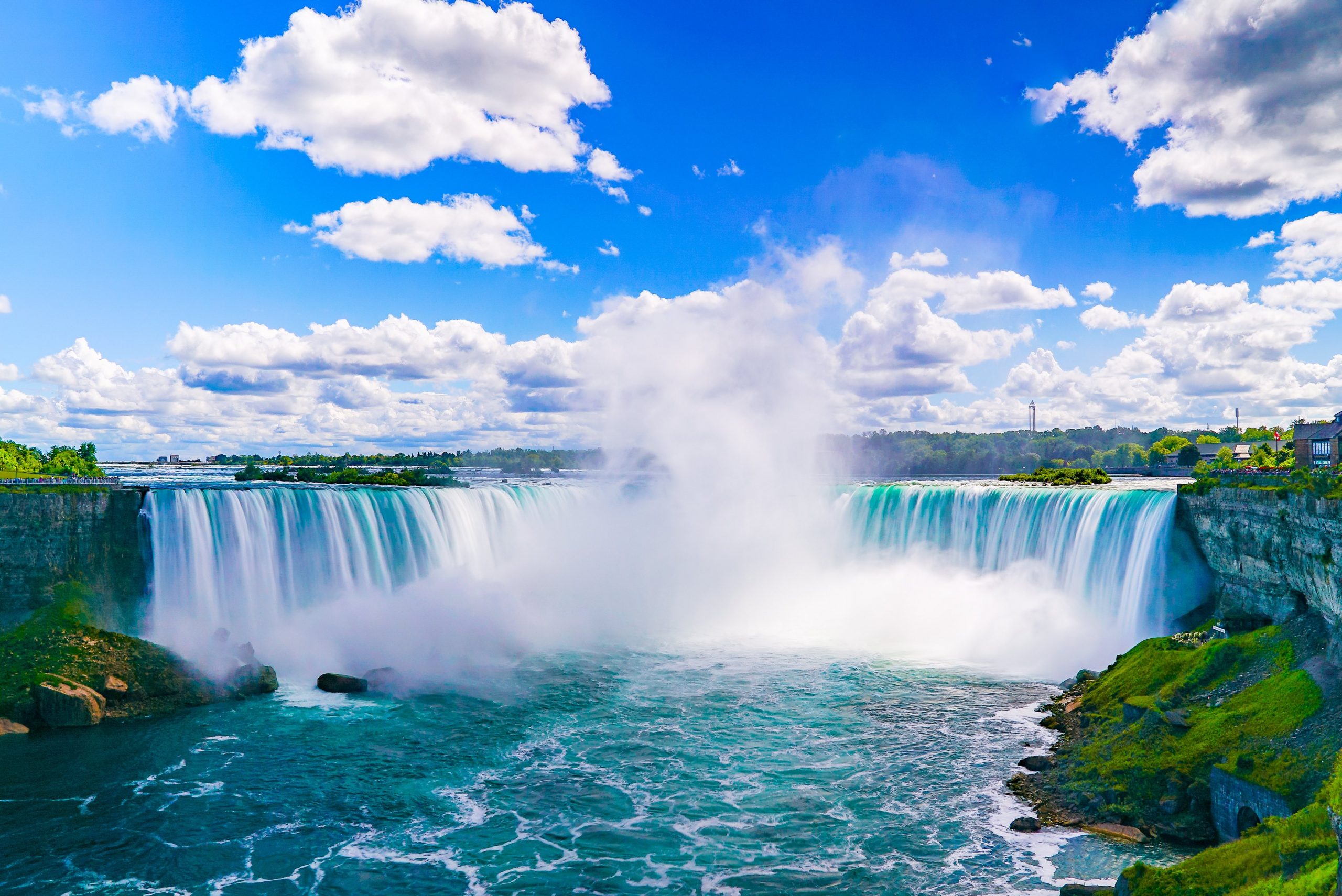 For many Ontario citizens, Niagara Falls may seem like a “been there done that” family adventure, but it nevertheless always has something fun and exciting to offer. While the falls themselves remain a spectacle and accessible year-round, the activities surrounding the landmark are plentiful and entertaining.

Niagara Falls offers a variety of attractive packages at reasonable prices, from the Niagara Parks Explorer pass which allows you to witness the wildlife surrounding the falls, or Fun Zone Pass which focuses on the area’s nearby amusement park, theatres, and museums. Located some 130 km southwest of Toronto, Niagara Falls is a no-brainer when comes time to hit the roads with the kids. 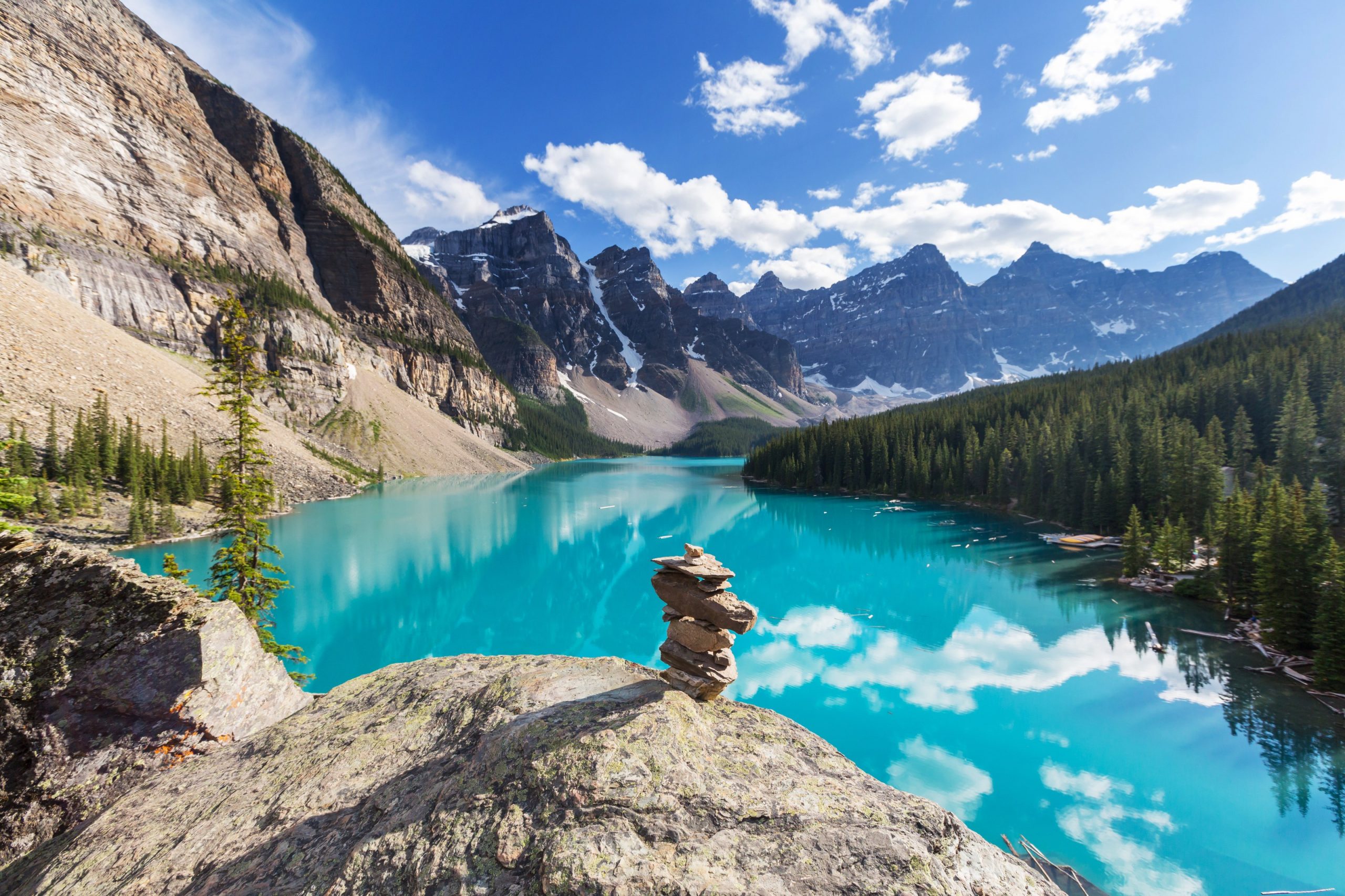 About an hour’s drive west of Calgary, Alberta’s Banff National Park is an easy in, easy out destination that can be enjoyed by people of all ages. Not only will you witness some of the Rocky Mountain’s most breathtaking sites, but the park also hosts a wide variety of fun outdoor activities, from hiking, mountain biking, guided tourers and even swimming.

Plus, if you’re lucky, you’ll even spot some wildlife on the way there, like bears, mountain goats and cougars. It’s even possible to book a cabin to spend the night. Plan your visit via the Parks Canada website. 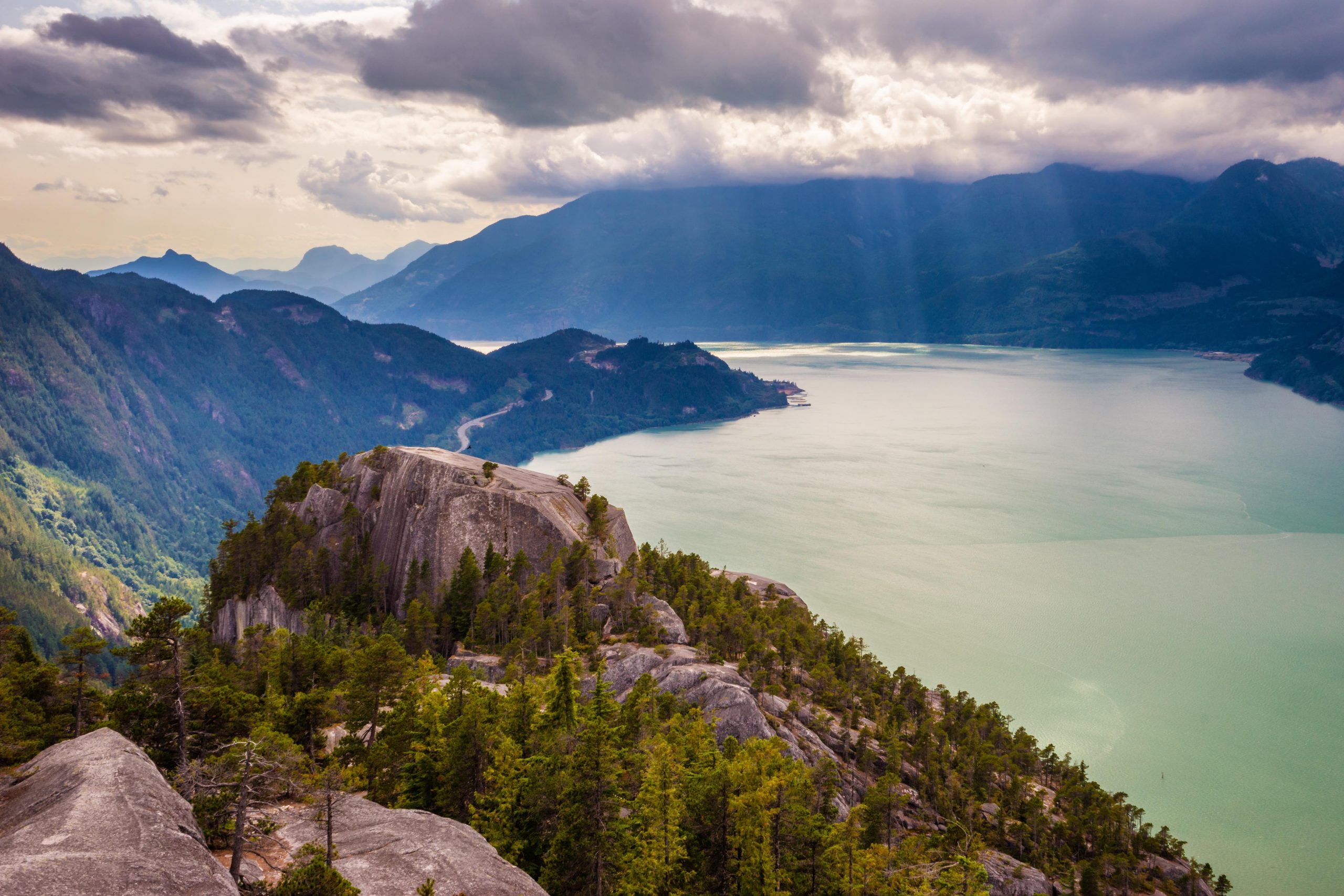 If you’re in the Vancouver area, you won’t need to travel very far to be surrounded by stunning views. The small town of Squamish is only about an hour’s drive towards the north and includes some of the most beautiful scenery in the province. One of the area’s most noteworthy landmarks is the Stawamous Chief; a massive granite dome that overtowers the region 700 meters above the waters of the nearby Howe Sound. It’s one of the largest granite monoliths in the world.

The Chief can be hiked from different angles through the Shannon Falls Provincial Park, or easily accessible via the Sea-to-Sky Gondola, which also leads to a gift shop and restaurant located up high in the mountains. This is a fun and affordable outdoor adventure that can be enjoyed by the entire family. Just make sure the gondola is open via its official tourism website before heading out.