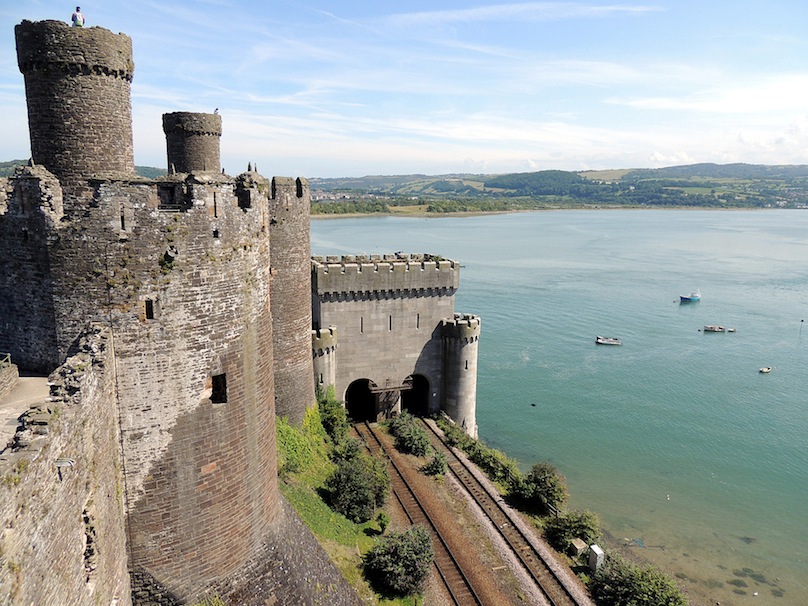 UK road trip increased my love for the train

The drive connected several “A” roads, cutting through numerous small towns and villages. Which sometimes meant roundabouts every mile or two.

I had been warned.

But like a lot of men—particularly auto journalists—any  suggestion I may not be up to a driving task was an affront to my perceived abilities.

I say ‘perceived,’ as my hope that motoring in the U.K. should come easily was based on an erroneous belief that having driven on the left in the Bahamas somehow prepared me for what was ahead.

My schooling began in Manchester Airport’s parking lot, where I reflexively opened the driver door of our host’s Peugeot, which I obviously wasn’t driving.

An easy recovery, and quick note to self that the steering wheel was on now the right.

The ensuing one-hour car ride to Endon, a bustling village near Stoke-on-Trent, began with yet more clues that my initial bravado was misplaced.

Exiting the airport from its narrow, traffic-choked roads, woven with multiple exits (and don’t get me started on the signage), made the Pearson experience seem like child’s play.

My wife’s cousin blessed us with the scenic route, which involved a series of slim two lane roads, copious roundabouts and pastoral country lanes, which were best suited to one car, not two.

Indeed, many of the roadways here pre-date the automobile, often by centuries. Should you meet any oncoming traffic, be prepared to pull over, providing there isn’t a hedgerow, or ancient home/pub/barn at the road’s edge preventing this.

RELATED: The Parent’s Survival Guide for the Family Road Trip

But that’s just part of the daily routine for our local hosts, and arrival in Endon was quickly followed by a relaxing dinner at the local pub – the 155-year-old Traveller’s Rest. It was thankfully within walking distance, but I’d be driving soon enough.

The UK’s motorways are home to many makes and models that have either disappeared from our continent, or simply never came. I remember the Vauxhalls, Citroens, Peugeots and Renaults from my teen years as an enthusiast, and most were rubbish.

Times have changed, and you’ll now see plenty of these marques, sporting nameplates like Corsa, Picasso and Twingo, along with offerings from Skoda (Czech Republic), SEAT (Spain) and Dacia (Romania).

Ford Fiesta and Focus are top sellers, and Nissan moves plenty of vehicles here, such as the Qashqai, which is about the size of the Kia Sportage I would receive from Kia’s press office.

What became apparent from this automotive smorgasbord wasn’t so much that Britons had diverse tastes in motoring, but that they preferred more compact rides.

This is partly due to the narrower tarmac, with the UK’s higher fuel prices—roughly double what we pay—sealing  the deal.

Which is why my tester, a diesel version of the Sportage, made so much sense. Not only would its 740-litre cargo capacity (1,547 litres with 60/40 second row folded) easily handle luggage for four, but its fuel economy of 31/46.3/39.2 mpg (city/hwy/comb) would mean fewer stops for petrol at the equivalent of $2.24 CDN per litre.

The Sportage was also nimble enough for local traffic. Although powertrains included 1.6-litre gas engines and 1.7-litre diesels, mine was the top-trim 2.0-litre turbo diesel that delivered 181 hp and a solid 289 lb/ft of torque.

It was, however, a little wider than most vehicles here, which became apparent on my first day of driving. More than once my wife nervously pointed out I was getting close to the curb. Sitting on the right, it took a few miles before I had an accurate sense of the vehicle’s left boundary.

But eventually it came, and thankfully without losing a side mirror or badly scuffing the tires. This heightened awareness would serve us well, with more relatives to visit, a trip to Blackpool and the Coronation Street tour ahead.

Even better was a two-hour trip to Conwy Castle in Wales – a stunning medieval heritage site that is not to be missed.

The drive connected several “A” roads (not the wider, faster “M” motorways), cutting through numerous small towns and villages. Which sometimes meant roundabouts every mile or two.

Speed limits could reach 60 or 70 mph, but the lanes aren’t much wider than the Sportage. And with a curb or occasional building on the left and continuous oncoming traffic to the right, there’s little room to wander.

Factor in the many forks and oddly angled splits in the road (there’s no grid here), and you soon realize that we North Americans are spoiled.

Forget about unwinding to your favourite tunes, scanning the countryside or fiddling with the GPS. Motoring here requires one’s full attention.

It’s better on the “M” highways, although our UK road trip to Blackpool on the M6 was no more relaxing than rush hour on the 401. Mind you, traffic does move at a better clip.

Which leads to my final observation that the challenges here have created a better driver. I have no stats to prove this, but my wife commented that during our week on the road, we encountered not a single traffic accident.

Hard to say, as I had my eyes firmly fixed on the road, signs and other motorists, lest we end up in a fiery wreck.

Thank God we ditched the car before London.

The 2022 Hyundai Tucson is a Tech-forward Crossov...