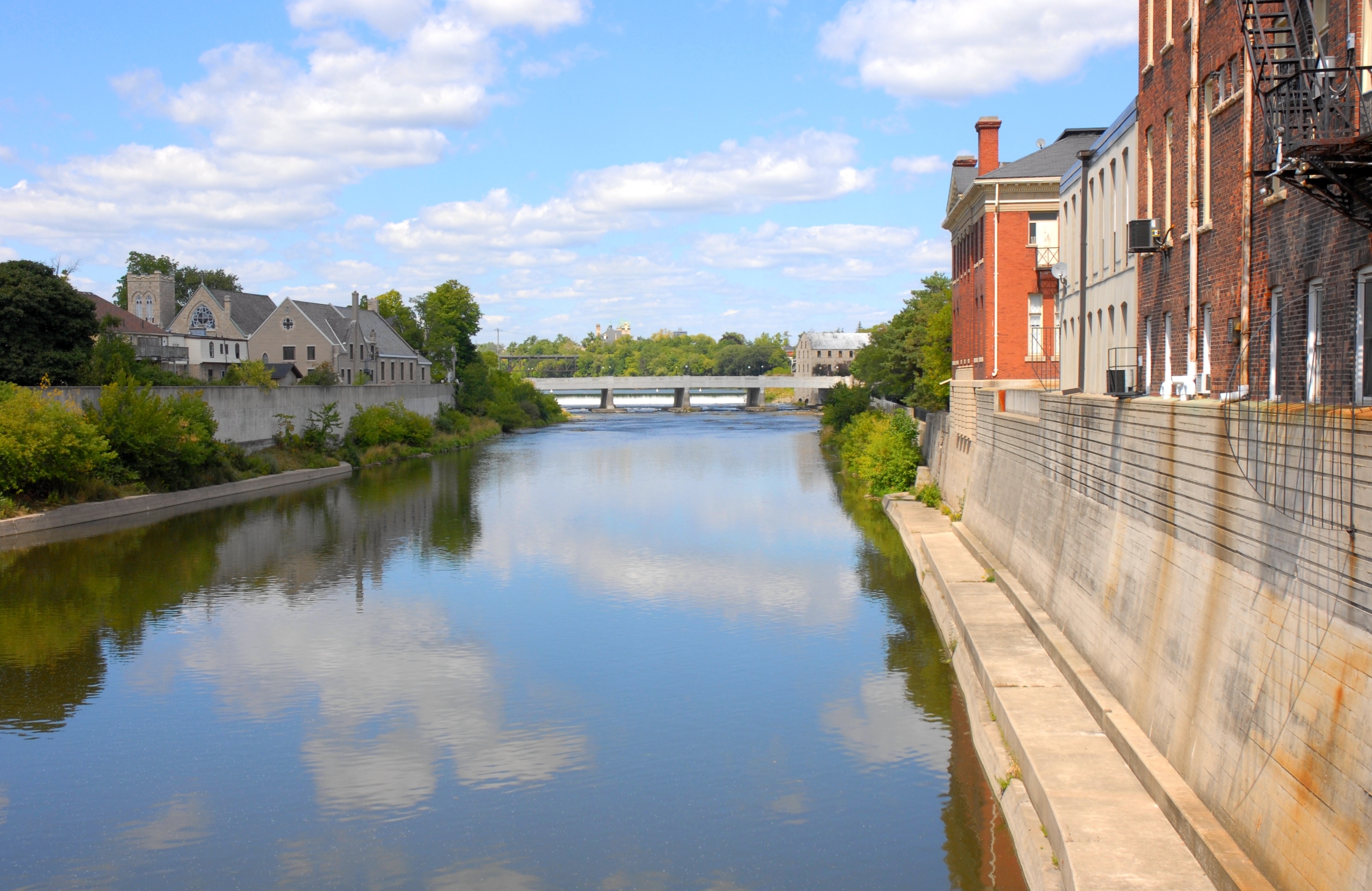 Road Trip: To Cambridge in a 2014 Dodge Grand Caravan

Nobody will call it sexy, but this hugely popular minivan is tops at doing what it was made for.

HAMILTON?Should we go to the dump or go for a drive? So begins our Saturday morning of test-driving the 2014 Dodge Grand Caravan. The dump can wait: we roll out toward Cambridge in search of old mills.

Sawmills, flour mills, it doesn’t matter. I try to match a car to a trip and the Grand Caravan is hungry for cargo. With all the aft seats folded into the floor, you could rustle up a game of pickleball in that wide-open interior.

First stop, a sawmill on Blenheim Rd., but a sad ?for sale? sign was swinging in the breeze.

A new course was set to the ‘burb of Blair to see an old mill and the elusive heritage landmark called the Sheave Tower.

Even on the short jaunt from Cambridge to Blair, we saw a lot of Dodge Caravans on the road. They’re everywhere (in fact, they’re celebrating their 30th year in production), but lacking even a lick of design flair, they’re a face in the crowd.

The Grand Caravan is built for the mission of moving people (seats seven) and stuff and it does that well. But I was a tad shocked at the $40,085 price tag on my test vehicle.

Noting the $27,995 base price of SE/SXT trim level, what kind of special sauce could drive the price up by $14,000? I saw cloth seats, and a quaint stick shift mounted on the dash. It took me a few days to appreciate the Caravan’s strengths.

We found the Blair Mill on Old Mill Road, and followed a foot trail to the Sheave Tower. It’s been sitting pretty in the woods since 1876, when the pyramid-shaped tower was built to harness energy for a grist mill 300 feet away. The red board-and-batten tower looks like something out of a fairy tale.

There was no way to park the Caravan near the Sheave Tower for a postcard picture, so we headed for a more posh photo-op at nearby Langdon Hall Country House Hotel & Spa.

Langdon Hall is a gorgeous estate with a swanky restaurant, but its pillars and Palladian windows emphasized the Caravan’s plainness. We looked like we were there to deliver pretzel buns, not to have lunch.

The Caravan looked more at home posing with the Hespeler Library as a backdrop.

The library is a beautiful cube of glass, which wraps itself around an original 1923 Carnegie Library, like a ship in a bottle design. Minimalist Caravan meets modern library; a good pairing.

The village of Hespeler, camped on the banks of the Speed and Grand Rivers, was home to grist and cotton mills and distilleries. Crossing a bridge over the river, we have just enough time to photograph the Grand Caravan against the RiverBank Lofts project, where the plan is to build luxury condos in the 1847 stone mill.

Horns start honking seconds after we stop for a photo. Luckily the big Caravan has more than enough boost to tear away from the impatient hordes who’ve never heard of a Sunday drive on a Saturday.

The 3.6 L Pentastar V6 is a perfect match for the Caravan. With 283 horsepower, it’s always stoked for merging and passing. The six-speed auto transmission gets a bit raucous under hard acceleration, but otherwise seems unflappable. An economy setting improves fuel efficiency. I saw an average of 13.6 L/100 km in mostly city driving.

Steering and handling are excellent. The steering feel is balanced and nicely weighted. So many vehicles steer like their innards are loaded with tapioca. The Dodge Caravan just gets in a groove and tracks with confidence. Cornering is admirably flat for the box on wheels, and it’s all pretty quiet in the cabin.

From a comfy seating position with good visibility, the cabin looks uninspired, more motel than hotel, but works well enough.

Storage bins are lined with soft material, there’s a double-decker glove box, night lighting in the door pockets and big knobs for climate control, but only touch-screen controls for the radio. Map design in the navigation system looks a few years behind the times.

Okay, so if the trip to Cambridge was sweet, the trek to the dump was super. Stow N Go seats are marvelous.

Lift a lever to fold second-row seats into the floor (but first the front seats must be moved all the way forward, a glacially slow process for the power driver’s seat), and at the rear, the third-row tailgate seats collapse into the floor after pulling four straps.

Voila, flat floor, low load-in height and in goes stuff that would otherwise be poking out of a trunk or strapped to the roof

On the way back, we pick up the first of two loads of firewood. The carpeted cargo floor is a bonus for quiet hauling of noisy stuff but it sure needed a good vacuuming after the lumberjack run.

I can see now why SUVs are more popular than vans. They offer the illusion of outdoorsy adventure. Vans on the other hand remind us of our mundane routines ? trips to haul trash, carry DIY supplies and shuttling people.

For those chores the Dodge Grand Caravan is solid, but it will take backbone to resist the options that you’ll love, such as power sliding doors and entertainment bundles for kids.

Otherwise, thumbs up for the clever Caravan, Stow N GO, shake and bake and Bob’s your Uncle.

The vehicle tested by freelance writer Kathy Renwald was provided by the manufacturer. Email: wheels@thestar.ca.