Why I Love My Vehicle: The search for an elusive 1989 Porsche finally pays off for one sports car admirer

Join the Conversation (1)
Rocco Malfara’s love affair with Porsche started when he was 10 years old and first saw the sports car’s distinctive silhouette. He has owned a few Porsches over the years, starting with a black, stainless steel toy version he would play with as a child. (It now sits proudly on his desk at work.)

In the 45-years since he first gazed on the car’s unique look, the senior managing partner of All-Risks Insurance Brokers has owned a 911 Targa and a couple Macans – he is waiting for his new one to be delivered – but it is his 1989 Porsche 911 Turbo in rare Baltic Blue and featuring a white interior that he cherishes most.

He found the car after a seven-year search that saw him scouring auto magazines and placing search alerts on several websites to make sure he wouldn’t miss out on a chance to own one. He was finally able to buy it this December. Malfara tells us why he loves his vehicle. 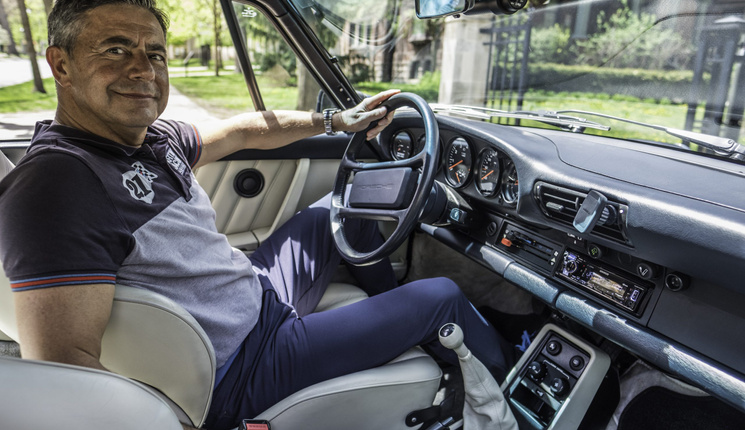 “All my friends know that I always talk about the 1989 Turbo,” said Malfara. “The car is rare because it was a limited production car. It is different because it's the first time that Porsche put a five-speed transmission in the car. Before that, since 1960, they were always four-speed. The ’89 is also special because it’s the last year of full analog. The generation after that, Porsche introduced power steering and more power components in the car.

“It was also called ‘The Widowmaker,’ because a lot of rich stockbrokers bought the car but didn't know how to drive them and would lose control. The cars have what's called turbo lag, where the turbo kicks in and you get a big boost of power. It just jumps out like a rocket,” he said. “A lot of the cars from that era didn't survive because they got smashed up or they were modified to improve their overall performance.

“I searched for seven years because I was looking for an unmodified car in Baltic Blue. When the car popped up at this high-end dealership in Calgary, I couldn’t believe it. The first question I asked was if the car originally came in that colour. They checked the certificate of authenticity – each car is issued one that lists all the options picked and the original owner – and it was that way when it left the factory in Germany. 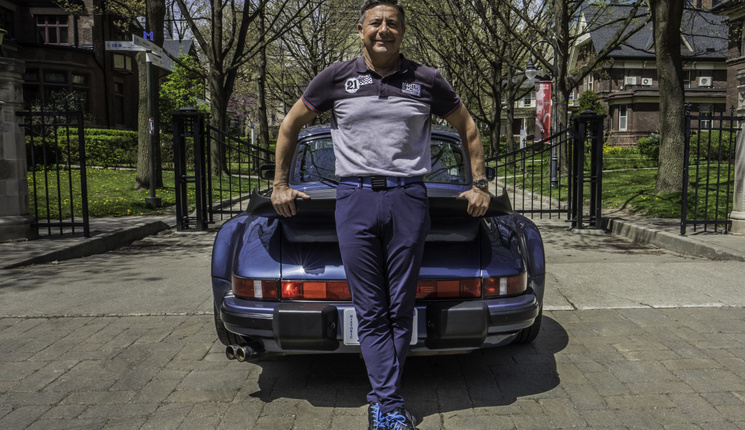 “I’m the third owner. The original owner had it delivered to the Porsche dealership in Edmonton more than 30 years ago. When he died, his estate sold it to the gentleman I bought if from,” said Malfara. “I bought the car without physically seeing it, but I did do a pre-purchase inspection at Porsche Calgary. They went over the car with a fine-tooth comb, checked the car mechanically, confirmed the serial number of the car, the paint, and checked everything. The car’s in really good shape and so I'm just trying to preserve it as best I can.

“People that know me know that I love everything blue,” said Malfara. “My cars are all blue. My other 911 is a silver-coloured car but it has a blue leather interior, which is kind of rare, and a blue roof. Everyone said that a blue 1989 Turbo doesn’t exist. That it’s a unicorn. But then one appeared. It's been a mission of mine since I bought this car to find other blue cars, but I haven’t found another.”

“Car club members know their cars. They know which ones are rare. As soon as I tell someone the year and that it’s a Turbo, they go, ‘Wow.’ Forget about the colour because everybody knows that's the first five-speed manual transmission. In the Porsche world that’s huge,” he said. “People who don't know ask why anyone would want this car when you can have a new turbo for less. But there’s so few of them, especially in concours condition. I look at the car, and see a collectible piece of art.”

“These older cars are more analog,” said Malfara. “You feel the changing of the gears, the rev and when the booster kicks in. The sound is much louder. The handling and power are nowhere as good as in newer cars. It’s more of a driver-focused vehicle and you're more responsible for what it does. It’s also an air-cooled car, which is totally different than today’s modern cars. This old car cannot be replaced.”