Why I Love My Vehicle: ‘The Ferrari of electric vehicles’ 2022 Lucid Air Dream Performance Edition

Toronto lawyer discovers car is everything he dreamed it would be

Join the Conversation (0)
Howard Levitt is a well-known Canadian lawyer. The senior partner at Levitt Sheikh gives legal advice every Sunday on his iHeart radio show and is also recognized for being forced to abandon his 2010 Ferrari California in a Lower Simcoe Street underpass after it flooded during a rainstorm in 2013.

Drawn to high-performance vehicles, Levitt has owned a few over the years. His current cars include a 2018 Ferrari 488 Spider and a 2015 Alfa Romeo 4C Launch Edition, but its his limited-production Lucid Air Dream that is drawing the most attention these days. 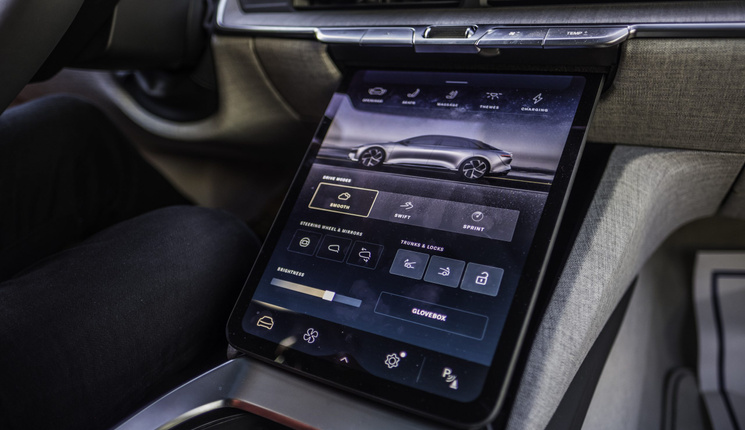 He ordered his vehicle from the Lucid Studio location at the Brickell City Centre in Miami, where he has a home. Levitt found himself in possession of the car weeks later thanks to a mix of serendipity, charm and a failed financing agreement in California. Levitt, who drove his electric vehicle from Florida to his home in Toronto, tells us why he loves his Lucid.

“People who know cars, know of Lucid. This was the car that was going to be the Tesla killer,” said Levitt. “It’s much faster than Tesla (mine’s got more than 1100-horsepower). It’s more beautiful than Tesla. It has dramatically longer range than Tesla (my car has 758 kilometres). Plus, the chief engineer of Tesla, Peter Rawlinson, left to form Lucid Motors.

“I had never seen one before last December,” said Levitt of the brand, which began production in September of 2021. “I was driving up to Palm Beach from my place in Miami to visit a friend and I passed the dealership. I thought, ‘Wow, that’s gorgeous.’ 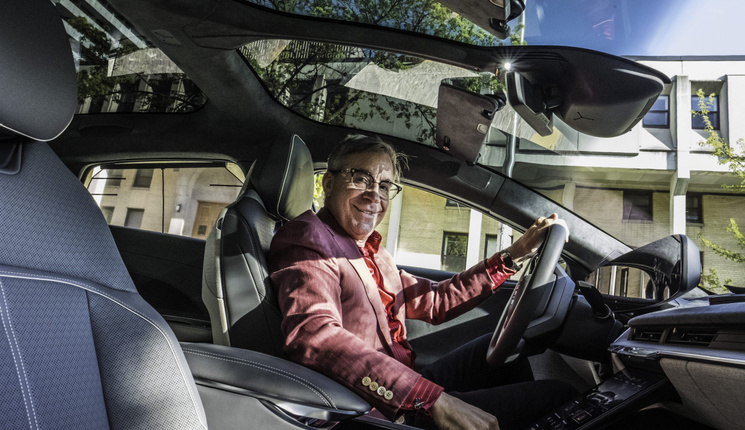 “I couldn’t get the Dream edition because it was sold out. So, ordered the model below it, which had a six month wait,” he said. “After searching online, I went to speak with the general manager of the Miami Lucid Studio. A couple months later, he invited me to go for a test drive. We hit it off and became friends, which sometimes happens, right? About three weeks later, I got a call and he told me that a financing agreement fell through on a Dream edition in California that was ready for delivery and asked if I wanted it. ‘Well, you know, I want it,’ I told him. So, I got it right away.

“It beat my expectations. I'm constantly learning new tricks and aspects of it that I hadn't realized existed,” Levitt said. “It’s just a joy. It’s getting as many stares as my Ferrari.”

“I love the speed,” said Levitt. “Not only does it accelerate fast, but it also has great maximum speed. So, it’s an exhilarating ride. I was driving back from Detroit, and I wanted to stay under 110 kilometres because I didn’t have my ownership papers with me, and I didn’t want to be pulled over. Every time I looked at my speed, I was going over 150. I couldn’t tell how fast I was going. The highway was empty, it was so smooth, so fast, and I couldn't tell the difference.”

Levitt loves the Lucid’s esthetics. In addition to the Santa Monica interior – featuring Napa full-grain leather and eucalyptus trim – his Dream edition in Zenith Red is also outfitted with a platinum polish finish, 21-inch forged wheels with diamond turned faces and a full-glass canopy roof. “It’s an entire glass roof, so it's like being in a spaceship capsule.”

“It’s got the best dash of any car in the universe,” said Levitt. “It’s very large and continuous across the dash and all the way down, including the Pilot Panel in the centre. It has all these options, like five different types of massage styles in the front seats, each one with three levels, so the passenger and driver can have different massages.”