Why I love my vehicle: Soviet-era military ride is, for Farid Zaman, a tie to family

‘It was a car nobody wanted to drive. I wasn’t proud of it. But my father worked very hard, and he loved this car.’

Join the Conversation (0)
Farid Zaman’s cars are anything but conventional – and in one case contentious.

While the owner of A.Z. Cladding in North York has possessed 12 different Mercedes-Benz S-Class vehicles over the years, including one that once belonged to René Angélil (the late husband of Céline Dion) and the only Mercedes-AMG G63 convertible in Canada (“I cut off the roof myself,” he said) Zaman also owns a Soviet-era military vehicle at a time when Russia has invaded and is waging war on the Ukraine. 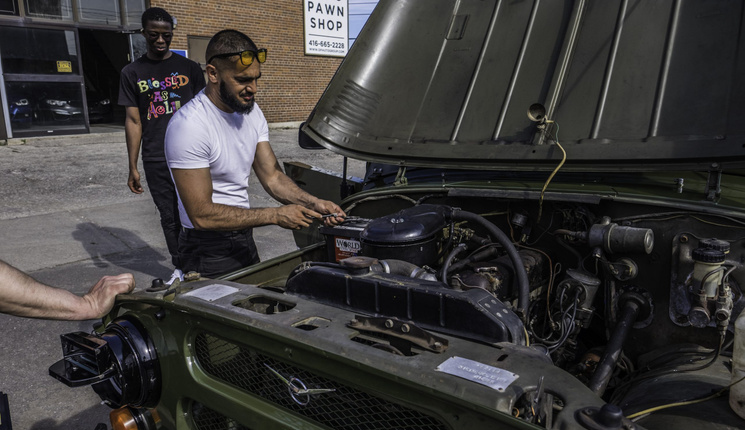 “I’ve always enjoyed it regardless of the world’s situation,” said Zaman about his 1990 UAZ-469. “Just because this vehicle has ties to Russia, it’s not going to stop me from driving it. It’s a childhood memory, and nothing can take that away from me.”

An Afghan citizen, Zaman grew up in Moscow in the 1990s. While he and his mother emigrated to Canada in 2004, his father settled in the United States. Zaman’s father drove a UAZ when they still lived in Russia, and owning one makes him feel connected to his parent, who he has not seen in person for nearly two decades.

Zaman found the light-utility vehicle in 2017. Originally shipped to Canada from Germany, it languished for years in a Nova Scotian barn before he bought it, drove it to Toronto and restored it to its original condition.

And while it has constant mechanical problems, Zaman tells us the reason why he loves his UAZ – and what reactions he gets driving a Soviet-era military vehicle in Toronto.

“It brings back old memories,” said Zaman. “We used to drive this thing every day. When I was a kid, I was embarrassed to be in this vehicle, especially when my father tried to drop me off at school. I didn’t want my friends to see me.

“It wasn’t a popular vehicle, and not what you’d call a successful man’s car. It was a car nobody wanted to drive. I wasn’t proud of it. But my father worked very hard, and he loved this car. I didn't understand it then, but now, being older, I finally realize how difficult life was, and my father was doing everything for us to keep us happy.

“We’ve been through some of the hardest times, and we slowly got our lives back together when my mother and I moved from Russia to Toronto in 2004. But I haven’t seen my father (in person) for 20 years, so that's why I wanted to get something as a memory. I still talk to him, and whenever he sees this car, it brings a smile to his face.

“I went to Nova Scotia to pick it up with my truck. It started well even though it had been sitting all this time. I even drove it with 15-year-old gasoline in the tank. I changed everything after a year. I had one of my buddies bring back a clutch I ordered from Russia. I got the outside restored with a fresh paint job so that it was nice and beautiful. I left the inside original like back in the day.

“It’s a very simple car; you can fix it with one screwdriver and a hammer. I know a little bit because my father taught me. The car used to break down on the road, and my father used to be under the car for hours and hours, and I used to watch what he was doing. I kind of hated it, but now I’ve bought this problem for myself.” 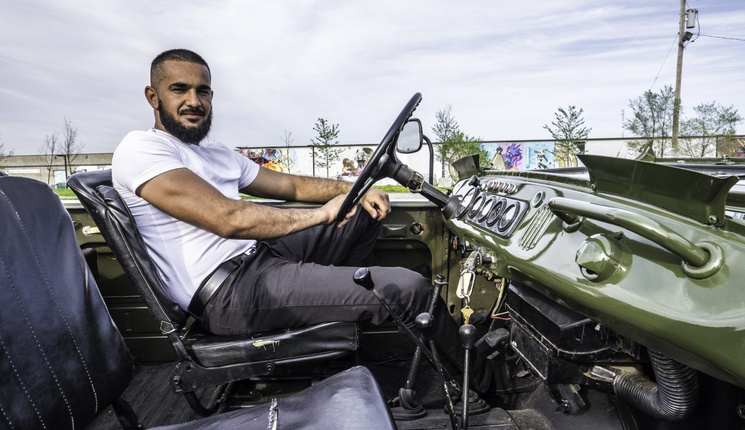 “To be honest, there are only problems with the UAZ,” said Zaman. “And I love all those problems. Back in the day, my father used to fix this car for hours and hours. Sometimes we had to stay overnight because the car was stuck. In Russia, if you're stuck somewhere, you’re stuck. My father was rich from the heart but financially he was a little bit poor, so that’s why he couldn't afford to call a tow truck. So, we had no choice but to fix it. These days, even if the car is running perfectly, I sometimes open the hood and see if I can find something to fix.”

“The car is pretty much waterproof,” said Zaman of the military vehicle. “You can go in the river with this machine. A fun fact: The headlight lenses have deflectors. The 4x4 can travel through land without aerial detection – it was the perfect recon car during its time. I’ve taken it off-roading a few times before it was repainted. After painting, I didn’t want to ruin the vehicle. Honestly, I’m very gentle with this machine and take it for pleasure drives because this is the only one in Canada in this condition.”

“Like I said, there's nothing good about this car,” said Zaman, who adds a lot of people recall these military vehicles because of their use by the USSR. “It doesn't matter if it’s Ukrainian, Russian or Polish – everybody has a memory. Even in the Vietnamese, Cuban and Afghan communities. They probably (remember it) for the same reason, that it was trouble back then. But, in the beautiful country of Canada, they no longer have to deal with those problems. Whenever they see this, they just want to come and touch this car and feel it one more time. “