Why I Love My Vehicle: A retiree tells us about his 2017 Corvette Z06 Callaway

He also uses a 2018 Cadillac XT5 for his daily drives

Join the Conversation (0)
Growing up in Italy, Vito Lotito idolized Elvis Presley. “When I was 13 years old, I remember reading that Elvis had a 1963 Corvette Stingray with split-windows and the Cadillac Eldorado,” he said. “The interview essentially said, ‘I’m the luckiest guy in the world because I drive a Corvette and Cadillac.’ So, I said that one day I'm going to have a ‘CC’ – a Corvette and Cadillac.”

Even after he moved to Toronto, Lotito dreamed of the day he would have that Presley prestige. He would gaze longingly at the souped-up cars driving up and down Yonge Street and was known to frequent Richmond Hill dealership Wilson & Niblett to admire the Corvettes on its lot.

Now retired, the 71-year-old has realized his childhood dream. Besides using a 2018 Cadillac XT5 for his daily drives, he also owns a 2017 Corvette Z06 Callaway. 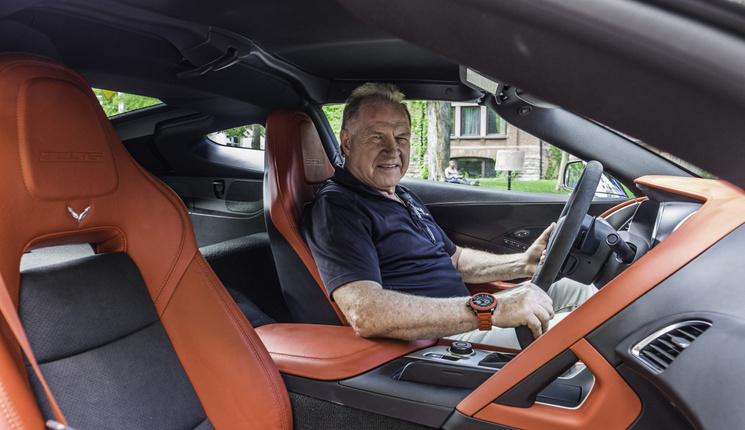 “Wilson & Niblett is known for having the best Corvettes,” he said. “This Callaway was in the centerpiece display. Oh my gosh, I couldn’t stop staring at it. This is the car of my dreams in performance and everything.” Lotito tells us why he loves his vehicle.

“I knew the Callaway was one of a kind,” said Lotito. “It was made and maintained in the United States.

(Callaway Cars) founder Reeves Callaway used to race cars in his younger days, and he partnered with GM and modified these cars for track enthusiast.

“I was told that only seven of them were sold in Canada, and only two in Ontario. There’s mine, a manual in black, and another there is an automatic in white. When I bought the car, Reeves gave me a call. What a class act.

“I love the North American look. When they had a Corvette like mine displayed in Milan, people apparently took more pictures of the Corvette than the Ferraris and Lamborghinis because it was a rare car. It can reach about 325 kilometres, beating the Ferrari, Lamborghini and McLaren and also costs less. 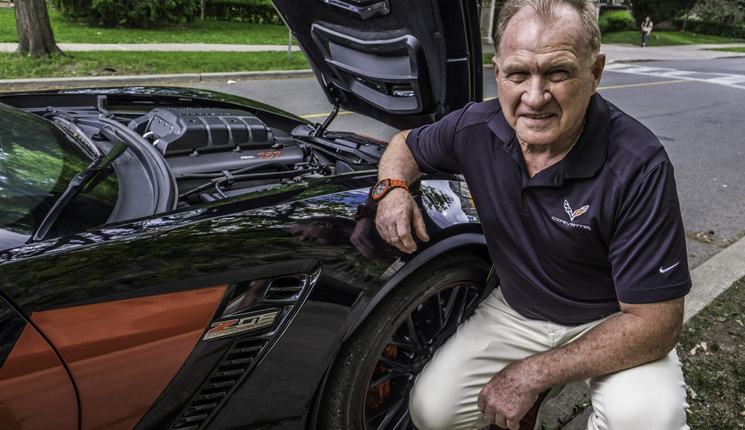 “This car is a beast. It’s so intense and gives me so much adrenaline that I typically can’t drive it two days in a row,” said the Pickering resident. “It takes the juice out of you. I don't drive it fast, but I pay attention to what I’m doing. It has unbelievable performance and can go from zero to 96 kilometres in 2.8 seconds. It has the Z07 performance package which comes with carbon ceramic-matrix brakes that are very expensive. Ceramic brakes are good because they can stop the car on a dime, but one wheel is worth something like $20,000.

Classic look
“In my opinion, the Z06 Callaway is the Corvette with the best look. The seventh generation Corvettes like mine still have the old North American design with a front engine,” Lotito said. “Every time I go out, people stop me to take pictures and videos of it. I used to attend these car enthusiast shows pre-pandemic that were specifically for Corvettes. I only attended three of them with my Callaway and ended up winning two awards

“This car has five settings, and when you switch it to Sport or Track, the car gets stiffer, the exhaust system changes so the pitch is totally different. I say that this car can go from elegant and profound to noisy and profane,” he said. “On the Track setting, the car videotapes the race. I had plans to go to Canadian Tire Motorsport Park with friends pre-pandemic to push it on the straight-away. I might still go, but I’m not going to reach 325 clicks. That’s a lot and too dangerous.

Two sets of rims
“One thing about this car that’s unique is that it comes with two sets of rims,” said Lotito. “I have these big Michelin racing slicks on, but if I get caught in a thunderstorm, I’d be sliding all over because there is no grip. That's why they supply you with two rims. You can have a set of tires with the proper treadwear in the event you want to travel somewhere.”