Join the Conversation (0)
An internal service advisor at Thornhill Toyota, Kelly Fung would get to work driving a 2018 Mercedes-Benz GLC 300 that she was shared with her father. With the lease on that vehicle about to end, Fung and her fiancé, Zeb Doherty-Wayne, decided it was time to get a car of their own. The couple first considered a Mini Cooper Countryman, but then heard about the Korean luxury vehicle Genesis. Placing their order last October, they picked up their car – one of the first of these vehicles delivered in Toronto – from Genesis Markham in mid-March. They tell us why they love their vehicle. 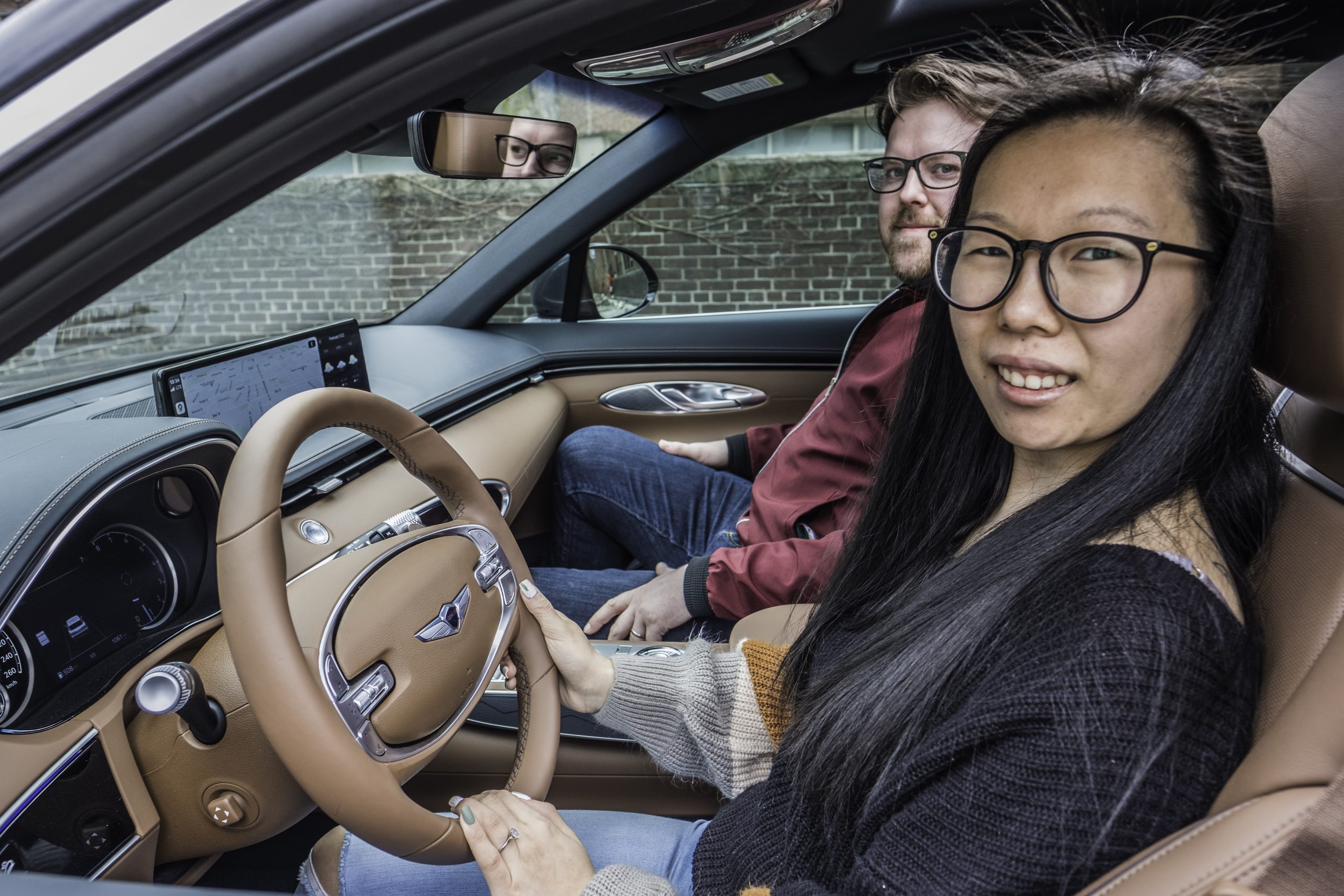 “The price points for the different models were really compelling,” said Fung. “As a couple, we’re bad at budgeting. We looked at the basic model, and we just kept going up until we saw the package we have now. We settled on the Advanced Plus, which is the second highest package for our model. It came with a lot of cool features. It seemed nicer and had so many more options than was offered by a big brand, like Mercedes. I think Genesis is really trying to secure a customer base since they’re starting out, and it was also a great buying experience.”

“The buying experience was very different from other car companies where there might be some haggling involved,” said Doherty-Wayne. “With Genesis, it’s kind of like Tesla, where the price is set. You can price it out online and compare the different packages. There is no pressure to try and get a better deal. And it is a smaller dealership – they were sharing the space with Hyundai – so it's a very friendly, welcoming environment. They seem almost as excited as we were. It was a very pleasant experience dealing with them.”

“I’m the main driver,” said Fung, “One of the biggest things I really wanted was remote start and having a heated steering wheel, which my Mercedes didn’t have. The more we compared the cars, we realized that even simple things, like moving the seat in the Mini Cooper, were not electronic. You had to manually pull the chair forward and back, which seemed a little – I know, it’s a very first world problem – outdated.

“It’s the little things, like memory seats, remote start, a heated steering wheel and Apple CarPlay that came standard with the Genesis. We also have wireless charging, fingerprint ID that loads driver profiles and settings in our infotainment system, and even heated and cooling seats. I think it’ll be nice in the summer, given our leather seats, to be able to start the car and cool it down before we even get in there.” 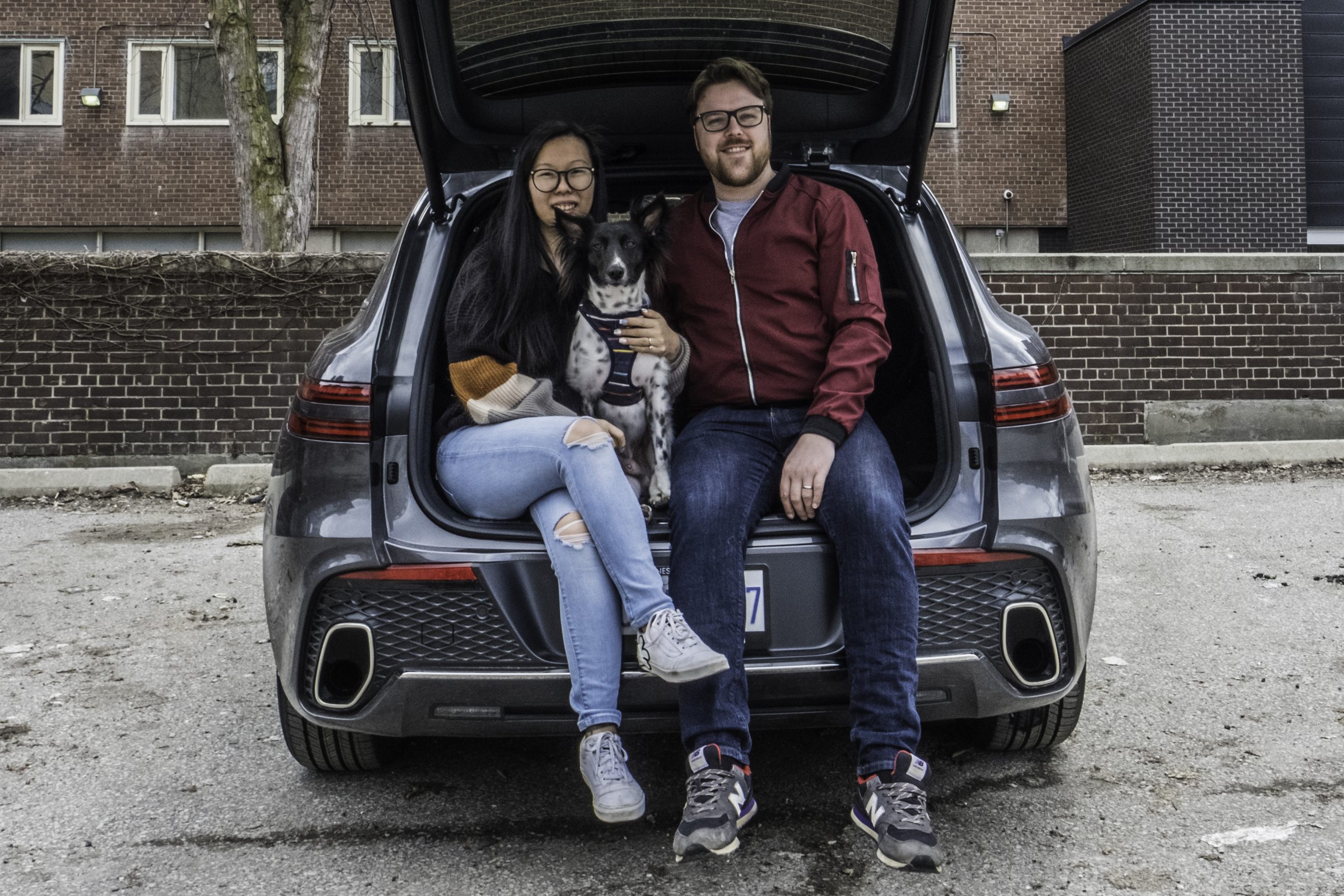 “I really like the exterior of the car, particularly the front grill and the rear taillights,” said Fung. “The front grill looks a bit like a Bentley to me. The rear looks like a Porsche, to the point where I saw my own car on the road next to me, and I didn't recognize it. I was like, ‘Hey, that's a cool looking car.’ Then I realized it was the same vehicle.”

“Compared to another luxury vehicle, Genesis gives you all the features that you won't get unless you pay a lot more with those brands,” said Doherty-Wayne. “I think part of it is that Genesis hasn't really built up that brand recognition. Mercedes, BMW, and these other high-end brands don’t have to try as hard to get customers to buy their cars because people are buying it for the name. Plus, the Genesis is nice. I think people are starting to recognize them the more they see them on the road, and they’re going to become very popular.”

Doherty-Wayne said one small feature that he thinks is cool is a 110-volt AC power outlet in the rear interior of the vehicle. “We have an actual three-prong outlet in the back for passengers. We’d never seen it before. It's always been a cigarette lighter that you can use with an adapter,” he said. “Any passengers in the back can also control their heated seating, which I thought was a nice touch. Although these days it’s usually just our dog in the car. He loves being in there. He falls asleep soon after he gets in.”