His first love For four decades, this Mazda owner has stayed true to his sports car

Join the Conversation (0)
A crane operator for Stelco Holdings Inc., Hamilton-based John Fuciarelli is the proud owner of a 1980 Mazda RX-7 GS. It was the first car he every purchased, and – using it only between April and October – he is still driving it 42 years later. While he has owned other vehicles, including his current 2016 Hyundai Tucson which he uses during the winter months, Fuciarelli has stayed loyal to his sports car.

To date, he’s clocked 250,000 kilometres with the Mazda’s original engine, and put another 20,000 on it after rebuilding its motor four years ago. As well as being his daily summer ride, Fuciarelli has driven the car as far as Myrtle Beach, S.C. He tells us why he loves his vehicle.

“I’ve taken care of it. I kept it original and never modified it. I still have the 13-inch rims and tires that came with it. I’ve got a file with 42 years of this car’s history. If I buy a five-cent washer or a spare part, I’ve got a receipt. I can check my history of things, so if anything is wrong with it, I know what I did. 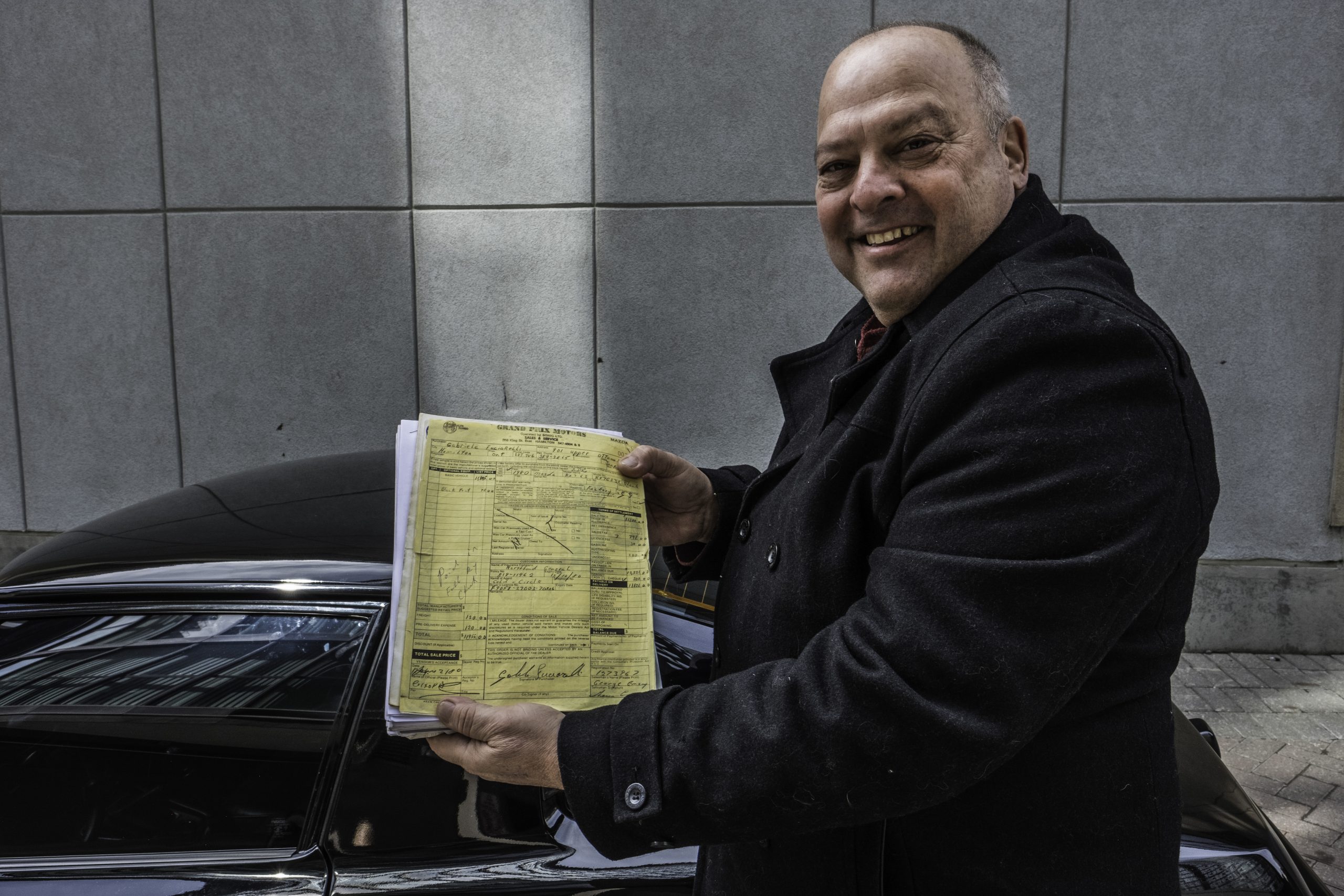 “I’m not one of those guys who have an old car and drive it once every month. I drive it a lot,” he said. “I’ve only had a little fender bender, but it was minor. For the first 26 years, I did nothing to the car. But in the last six years, I decided to restore it. It got to the point where I looked at it and it needed a paint job. I took it to a mechanic and after inspecting everything, he said, ‘John, there’s nothing wrong with this car.’

“I'll give you a perfect example: About four years ago, I bought a brand-new windshield and the guy who installed it looked at me after taking the trims and old windshield off and wondered how there could be no rust built up behind those trims after 35 years. People are surprised that I don’t have an ounce of surface rust on the car.

“But I have rebuilt mechanical stuff, like the steering box, the radiator, the rear differential and got a new distributor put in in 2019. Otherwise, I kept it with stock parts but did put in a better suspension system which came from Racing Beat out in California, who specialize in RX-7 aftermarket parts. 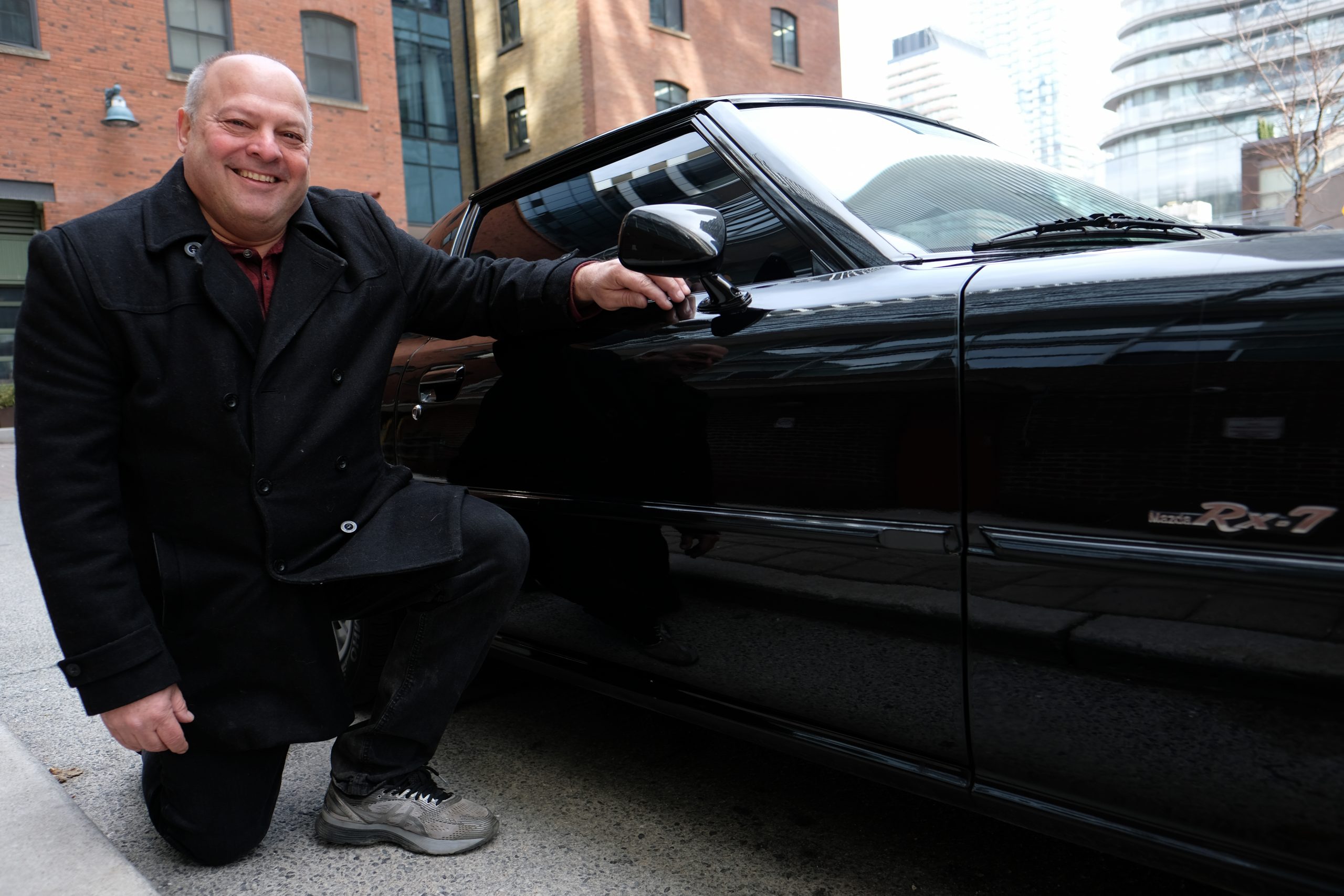 “I live in Hamilton, so, for example, I’ve seen Niagara Falls a thousand times. I’ve had my car for 42 years and, for me, it’s like Niagara Falls. It’s not a big deal, but everybody who sees it loves it,” Fuciarelli said. “Guys like me – I'm 62 years old – see the car and comment that they haven’t seen it in a long time. The 20-year-olds ask me what it is or want to buy it. But I would never sell it.”

“The handling is like a bat out of hell,” said Fuciarelli. “With the new suspension system (I added), I could enter a ramp, let’s say, at 80 kilometres per hour and I could exit it at 120 and it holds the road. It’s a rear-wheel drive and I don’t feel like I’m going to lose the car. I don’t go crazy with it, but in the old days I experimented, and it could go up to 200 kilometres per hour. For 1980, that was considered pretty quick.”

“I love the look,” said Fuciarelli. “It has a beautiful style that Mazda kept from 1978 to 1985. The company changed and destroyed it in 1986. For example, the front end on my car is sharp but in 1986 it was made with rounded edges, which I don’t like. I also don't like the mouldings (you know, the strip across the door) in the 1986 model. The first generations like mine have skinny mouldings, so you see more of the body rather than moulding. On these newer ones, it's a wide moulding across the whole side of the car, which, for me, takes away from the look.”

“I love the fact that it’s becoming a rare car,” said Fuciarelli. “I also love that it’s easy to maintain. The Mazda’s original equipment manufacturer parts are available, and I have contacts throughout North America that deal with RX-7s and who can find the parts I need.”