Why I Love My Vehicle: The tale of beauty and her beast

Join the Conversation (1)
Between hot rolling her hair and picking out the perfect outfit, Kendall Savage is also used to getting her hands dirty. After a day riding through Toronto on The Beast – as she calls it – she will busily clean the dirt and dust off her Vespa Piaggio at night.

Though it is road-worn and rugged, the Vespa was a bucket list item for the actress and professional clown who also works in a vintage clothing store in Kensington Market. And, although it is not as polished as she is, Savage said her vespa – complete with all its quirks and flaws — is the perfect beast to her beauty.  She tells us why she loves her 1986 PX200 Piaggio Vespa. 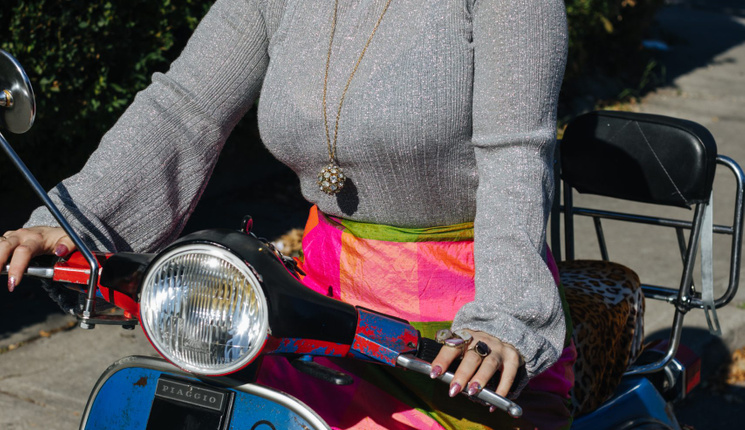 “When I decided to buy a Vespa, I’d never driven one before – I had never driven anything before,” said Savage, who bought the two-wheeler in 2019. “Up until that time I’d been an ornament riding on the back of someone else’s scooter.

“The first thing I did was get my motorcycle’s license. It took a weekend, and it was surprisingly easy. Then, through friends, I was put in touch with a wonderful Vespa and Lambretta mechanic in town. I went down to his little workshop at Dupont and Ossington and there it was for sale, a 1986 PX200 Vespa Piaggio. I took one look at it and said, ‘Okay this is my baby.’

“Three years later and I use it almost every day during the season. It’s a dream to drive around town on it. But honestly, I never know what this thing is going to do, or how many kicks it’s going to take to start it. It is definitely a character and has attitude, just like me. That’s why it’s called The Beast, a.k.a. Trouble — which is my nickname.

“The original price was $2,500, but I’ve probably spent about $5,000 on repairs. To fix just about anything, it takes a few hours for a specialty mechanic to take apart the motor, and that can get pricey. I’ve almost sold it twice because it bleeds me dry financially, but I don’t have the heart to give it away.

“Truly, the experience of owning it has been priceless, not to mention the community I’ve discovered. I’m in a wonderful femme-driven group called the Piper Doves. It’s a huge group of scooter and motorcycle enthusiasts and I’m one of the originals. We do charity events, we go to ice cream gatherings almost weekly, we try to do a lot for charity. 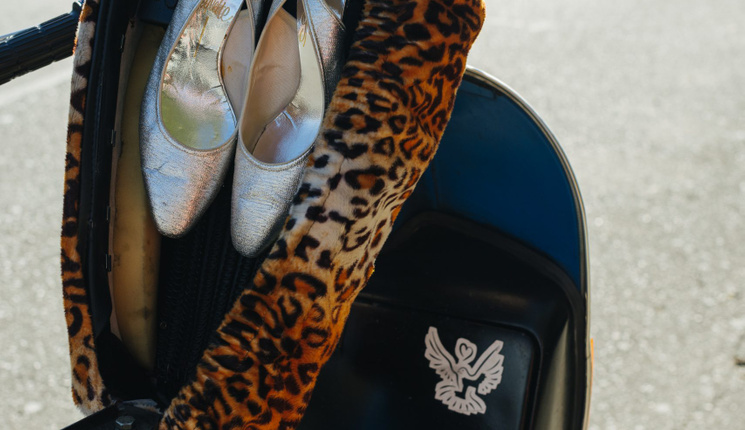 “As soon as it’s unbearable to drive in my fur jacket, I put it away for the season. I personally don’t do winters and I definitely don’t do the highway. I have some friends who do. But I would never survive it. This thing has a mind of its own it keeps me on my toes.

“At the moment, I drive it to work every day in Kensington. The freedom it brings me, the character of it — I always feel fantastic. I’m a comedian, I’m a clown and I’m an actress. I live for attention. The Beast and I on the road? We’re impossible to miss.”

“At first, I was a little intimidated by how big it is,” said Savage. “I know it doesn’t look huge, but it’s the largest you can get from the era it was made in, and I’m only five feet tall. Plus, this is a non-electric start, so you must use the kickstand to get it going. It was overwhelming to drive at first, but I got used to it quickly and got lots of advice from other scooterists. Now I feel confident riding on the back of it.”

“If I need to wear proper driving shoes, I can stash my fancy ones in here,” said Savage, flipping up the seat of the Vespa to reveal a convenient storage space. “There are a lot of Vespas that don’t have a compartment but this one does. Mine is a mess right now, but you’ll always find a gear cable and a few sparkplugs in there and maybe a grooming instrument, like my comb. I added the rack on the back as well since I often have bags or props that I need to bring with me to rehearsals.”

“I always drive the Vespa with my pink, sparkly helmet on. I got lucky. There was a family that was moving and posted it on Facebook Marketplace. They sold it to me for $50, which was such a steal. And while I’m always dressed up to the nines, I’m thinking it is time to give The Beast a bit of a makeover in the coming year. I’d like to add some more bling. I really want to put a long antenna with a foxtail on it or add some chrome. A little something extra like that.”