Why I Love My Vehicle: 1972 MGB Convertible was an unexpected birthday surprise

Its ‘throaty’ sound and stick shift make it a pleasure to drive.

Join the Conversation (2)
John Pearce remembers it clearly. It was his 50th birthday and he was outside his Toronto home sharing a drink with a few of his neighbourhood friends. At one point, the English-born businessman casual leaned against a car – it had a protective cover over it – parked next to the curb.

His action was greeted with a yell of “happy birthday,” as the cover was quickly pulled off the vehicle to reveal a British-made 1972 MGB Convertible – a present from his then wife. Nearly 20 years later, Pearce tells us why he loves his vehicle (and whether the time has come to sell it). 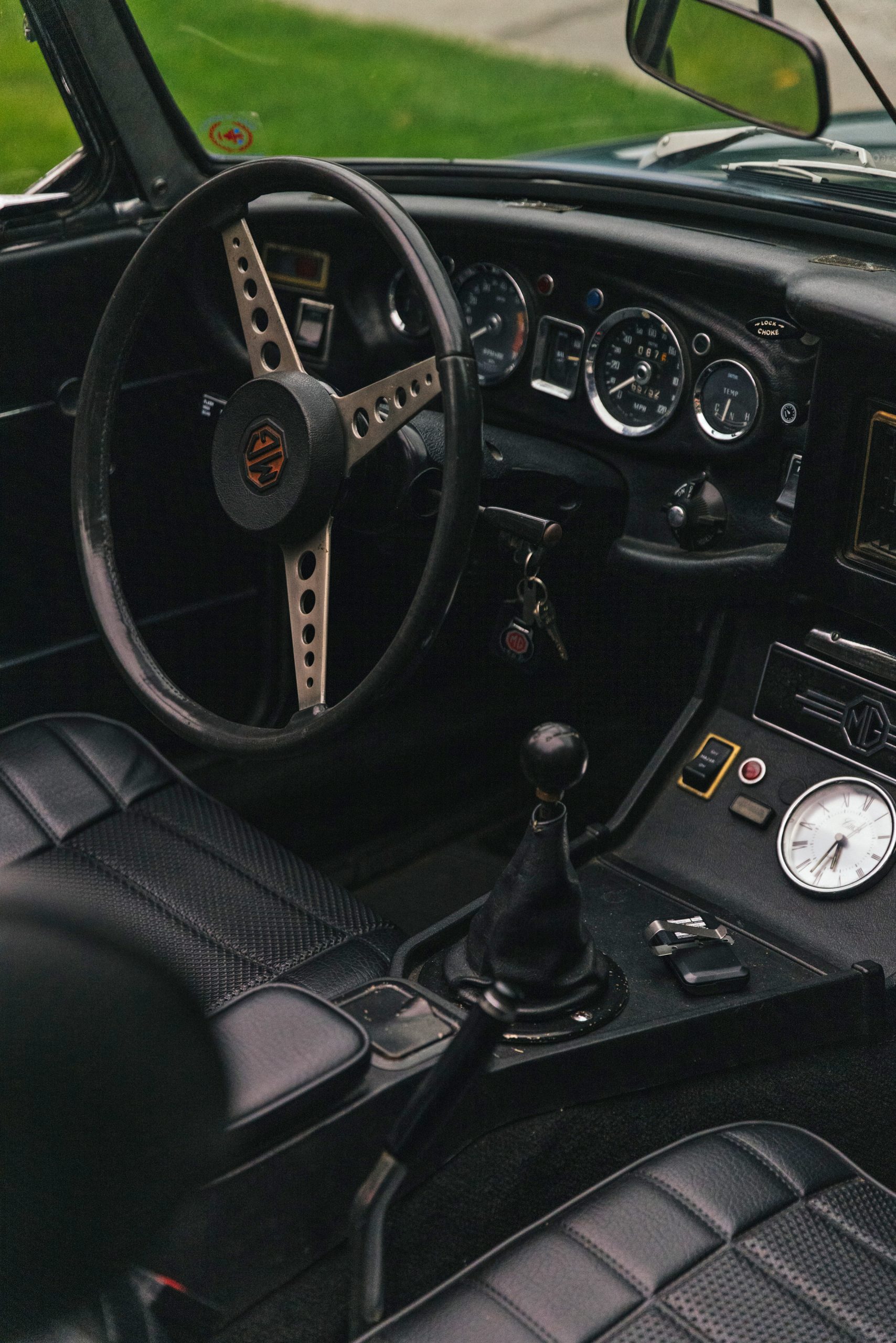 “The idea for the gift came from one of my friends,” said Pearce while standing next to his forest green ​​convertible. “He was heavily into British cars and every so often when we were talking, I’d toss around the idea of getting one someday, but only casually saying it.

“And then there it was, this MGB. I’m honestly not a big car guy, I just need to know that a car drives and how it works. So, as a gift, it was surprising. And while it’s afforded me several nice memories over 18 years, it hasn’t gotten a ton of use.

“I’m a wine lover, so I’ve loved driving it down the back roads just beyond Grimsby. And every year they have a British car day down in Burlington. I’ve been taking it to that. It’s a nice little drive, and you go there, pack a lunch and sit in this big, great park along with everyone else who has cars of this ilk. It’s a really great day out.

“If I’m being honest though, I’m 68 now and it’s been garaged most of that time I’ve had it. I’ve probably done less than 2,000 kilometres a year on it. I don’t go long distances in it. In fact, I'm at the point now where I'm thinking, ‘Why the heck have I got it?’

“I don’t think sentimental value has much to do with my keeping it. I think the reason is that to run one of these things is inexpensive. For example, insurance is probably only about $225 a year. Plus, they are very easy to work on. I’ve been fortunate that a neighbour of mine is heavily into these cars, so he does all my mechanical work. Personally, I’ve never had that enthusiasm.

“I’m also getting older, and these are low cars. It can be pretty tough getting in and out of this thing. I’m also now in a relationship, and my other half would really like the garage for her car. So that’s kind of my motivation to get rid of it,” said Pearce.

“How much would I sell it for? Honestly, I don’t know that number. These prices seem to be very subjective. I know that there are people out there that bring cars like mine back to mint condition and then they’re worth quite a lot. But honestly, I would just like someone to enjoy it. That’s it.” 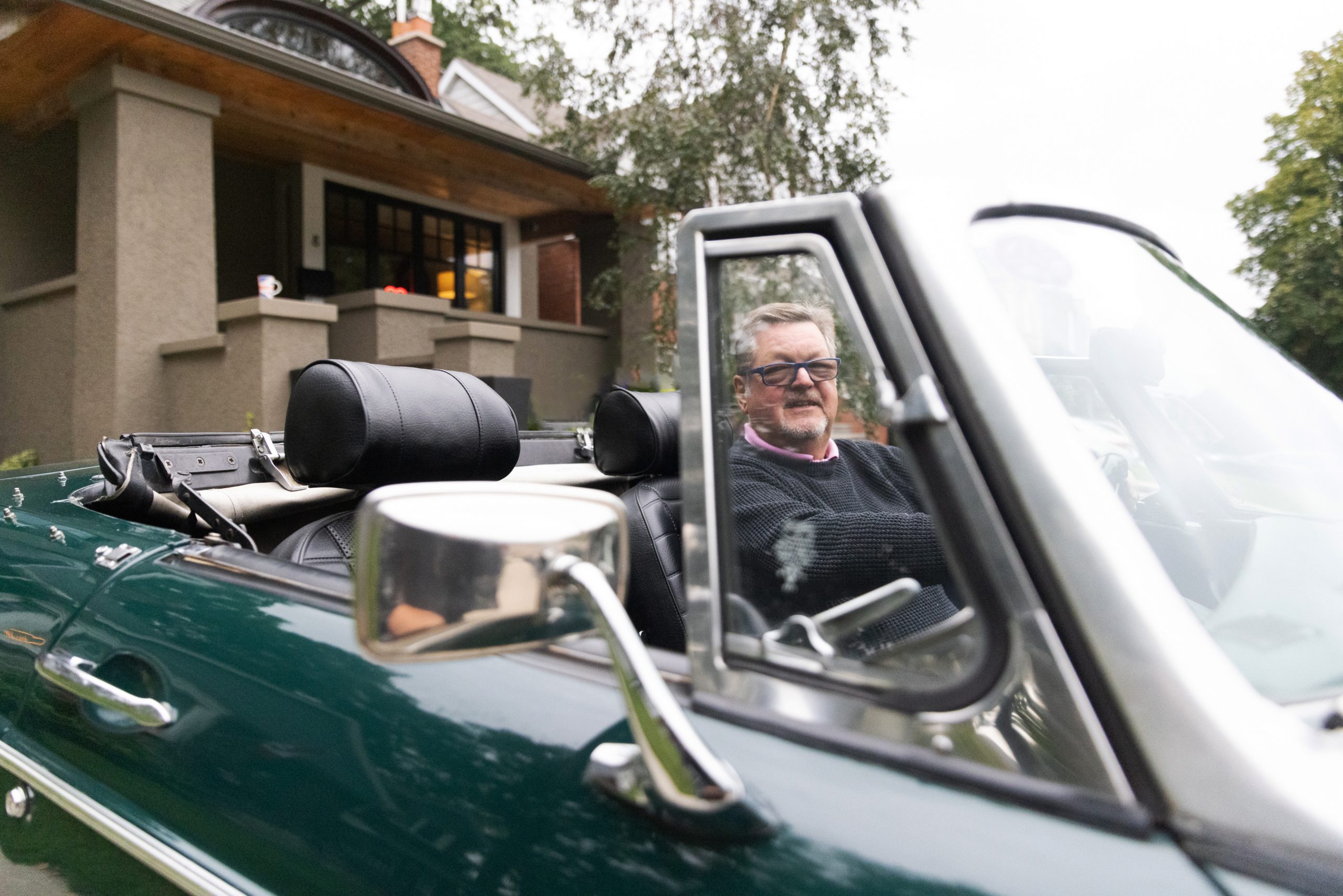 “I love the noise of the engine and the smell,” said Pearce. “I think that’s kind of a guy thing. The noise is throaty but if you ask me why, I couldn’t even begin to tell you. And the smell? Well, you’ve always got that aroma of oil and gas in the air. That’s just what you get from British car. I’m pushing 70 and when I was 16 everybody had a (vehicle) like this. So, it’s something that I’m used to and when I’m in it, it just feels like home.”

“The interior looks like it’s a tight fit but there’s quite a lot of leg room and, although I’m sitting low, the site-line through the front window is perfect for me. Plus, I do enjoy driving a stick. It’s more responsive and feels like you’re really driving. Admittedly though, the steering is quite heavy and you’re changing gears all the time. If you go for an hour’s drive somewhere, you really know you’ve been driving it. It’s a workout.”

“The best times to drive a car like this is actually spring and autumn because it’s cooler and there’s no air conditioner,” said Pearce. “I’ve tried to make a couple of sales calls for work in June or July using the car and it was warm, let me put it that way. But I do have a factory, one-piece hard top as well. All the cars come with the pull-up soft top, but this is one step further. If you wanted, you could drive this all year long. These things apparently are fairly sought after. It’s bits and pieces like that which might increase its value.”