Join the Conversation (0)
At the risk of sounding a bit old, I’ve often thought it strange that Cadillac, GM’s luxury division, would stoop to compete in the world of the utilitarian and mundane. Yes, I’m referring to SUVs.

In saying this, I’m excluding the Escalade, the ginormous body-on-frame, truck-based SUV that started it all. The first Cadillac SUV. Despite being a giant box on wheels, its Cadillac-ness somehow feels right. Maybe it’s the elephant size, or that it’s been around since Y2K, or perhaps because it has an actual name instead of an amalgam of letters and numbers. Ah, that could be it.

The Escalade’s smaller siblings – XT4, XT5 and XT6 – are in the vein of unibody crossovers that have mushroomed on dealer lots and suburban driveways in the past decade, and whose existence is due almost entirely to shifting consumer preferences that have put the passenger car on the automotive endangered species list in North America. The Escalade wasn’t doing that in 1999. 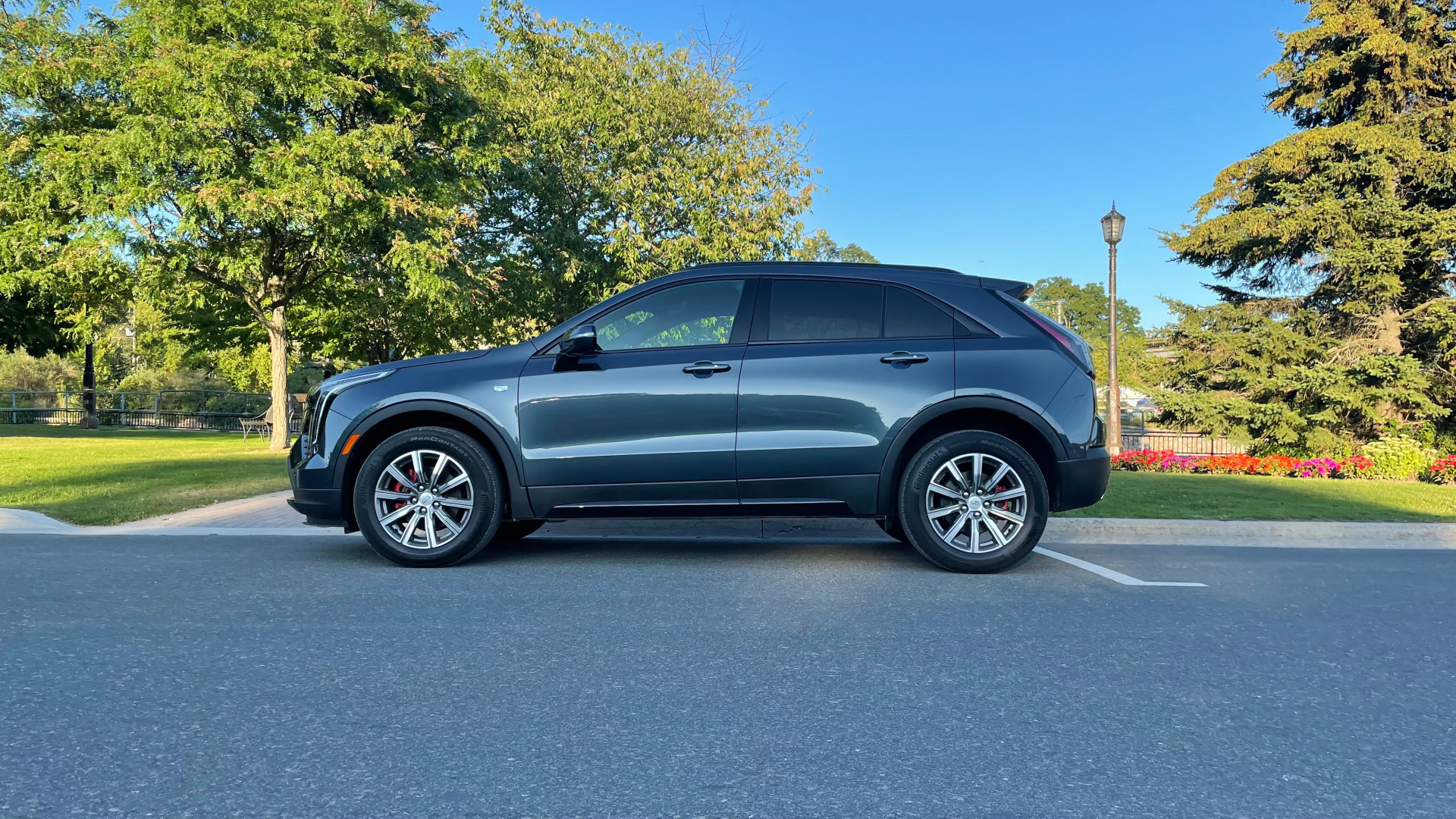 Perhaps the problem is I still view Cadillac as a car manufacturer. Yes, I know there are still a couple of sedans hanging around, but for how long? GM’s Buick division is SUV only as of 2021, and I don’t see why a similar fate couldn’t befall Cadillac. After all, SUVs sell, and cars mostly don’t.

This is a long way of me saying I remember the Seville, de Ville and Eldorado era of Cadillac well – perhaps a little too well.

At any rate, the focus here is the XT4 (Crossover Touring 4), which is both the smallest Cadillac SUV and one of the newest, as it’s only been around since 2018. Built on a platform shared with the second gen Buick Envision and related to the Chevrolet Equinox and GMC Terrain, the XT4 is a one-engine, one-transmission offering.

The powertrain, which is also shared with its siblings, is a 2.0-litre turbocharged four-cylinder engine (237 hp / 258 lb-ft) that’s paired with a nine-speed automatic transmission and all-wheel drive, apart from the base model which comes with standard front-wheel drive. 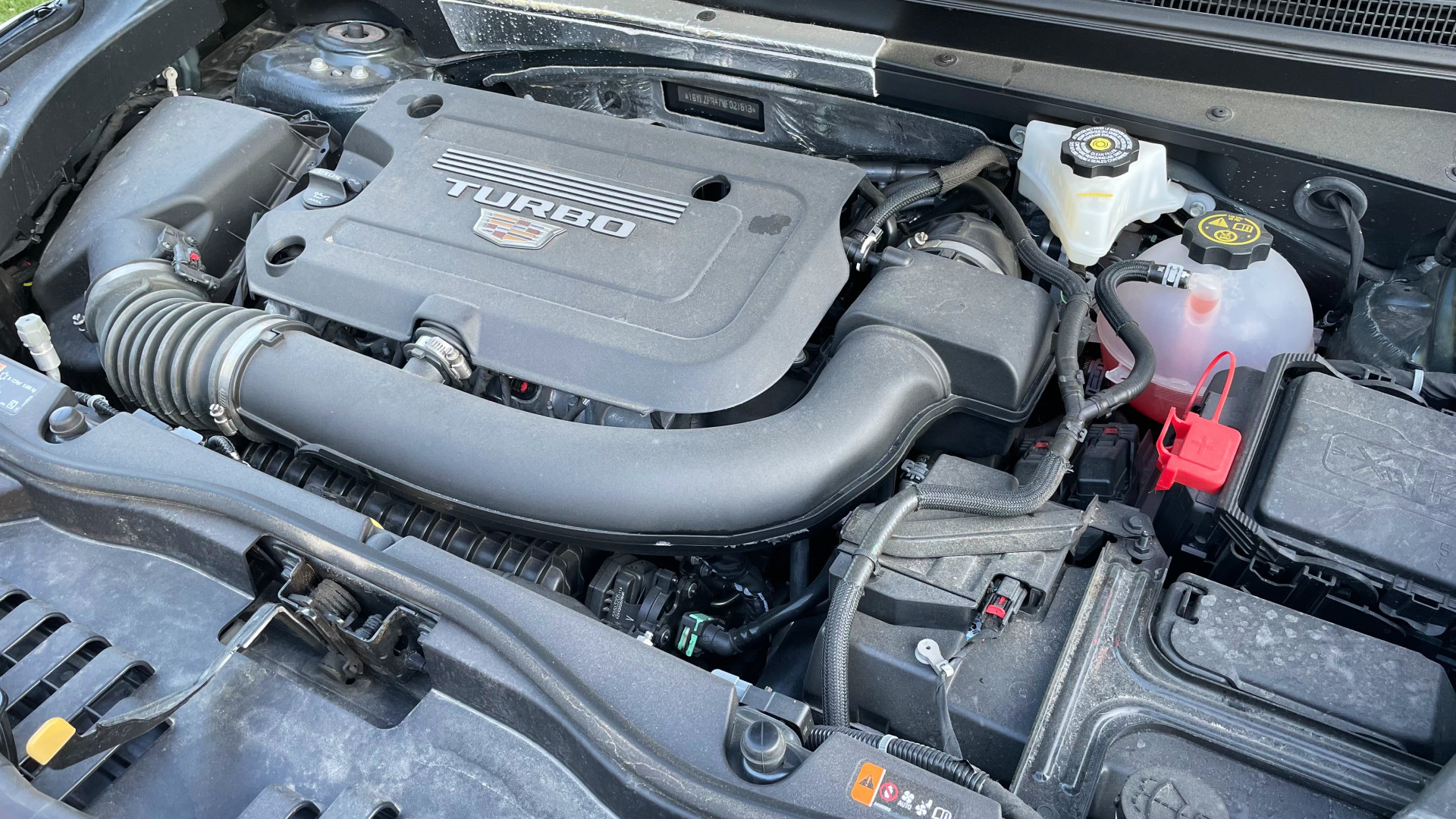 As for grades, there are three: Luxury, Premium Luxury and Sport. Mechanically identical, apart from the base model which also comes in AWD for an extra $3,400, the XT4 trims are separated by levels of content, as per usual.

There are no mechanical or styling changes for 2021, but the XT4 receives new features, some of which are tied to specific models. For example, a power liftgate is now standard on Luxury and Sport models, while red brake calipers are standard on Sport. Premium Luxury and Sport trims get outside power-adjustable, power-folding, heated and driver-side auto dimming mirrors, while all grades now offer wireless Apple CarPlay and Android Auto. Two new exterior colours, Wave Metallic and Infrared Tintcoat (the latter carries a paint charge), are also available.

For the purposes of this review, GM Canada set me up with a Sport tester finished in Shadow Metallic grey with a Jet Black (with Cinnamon accents) leatherette-finished interior. The exterior finish carries a $900 paint charge, but that’s not the most expensive option box that’s been ticked here. That honour goes to the Sun and Sound package ($3,195), which includes embedded navigation, power sunroof and a Bose Centerpoint surround sound 13-speaker audio system. The Driver Awareness package ($545) has also been selected, which adds following distance indicator, lane keep assist with lane departure warning and Intellibeam automatic-switching high and low beam headlights. 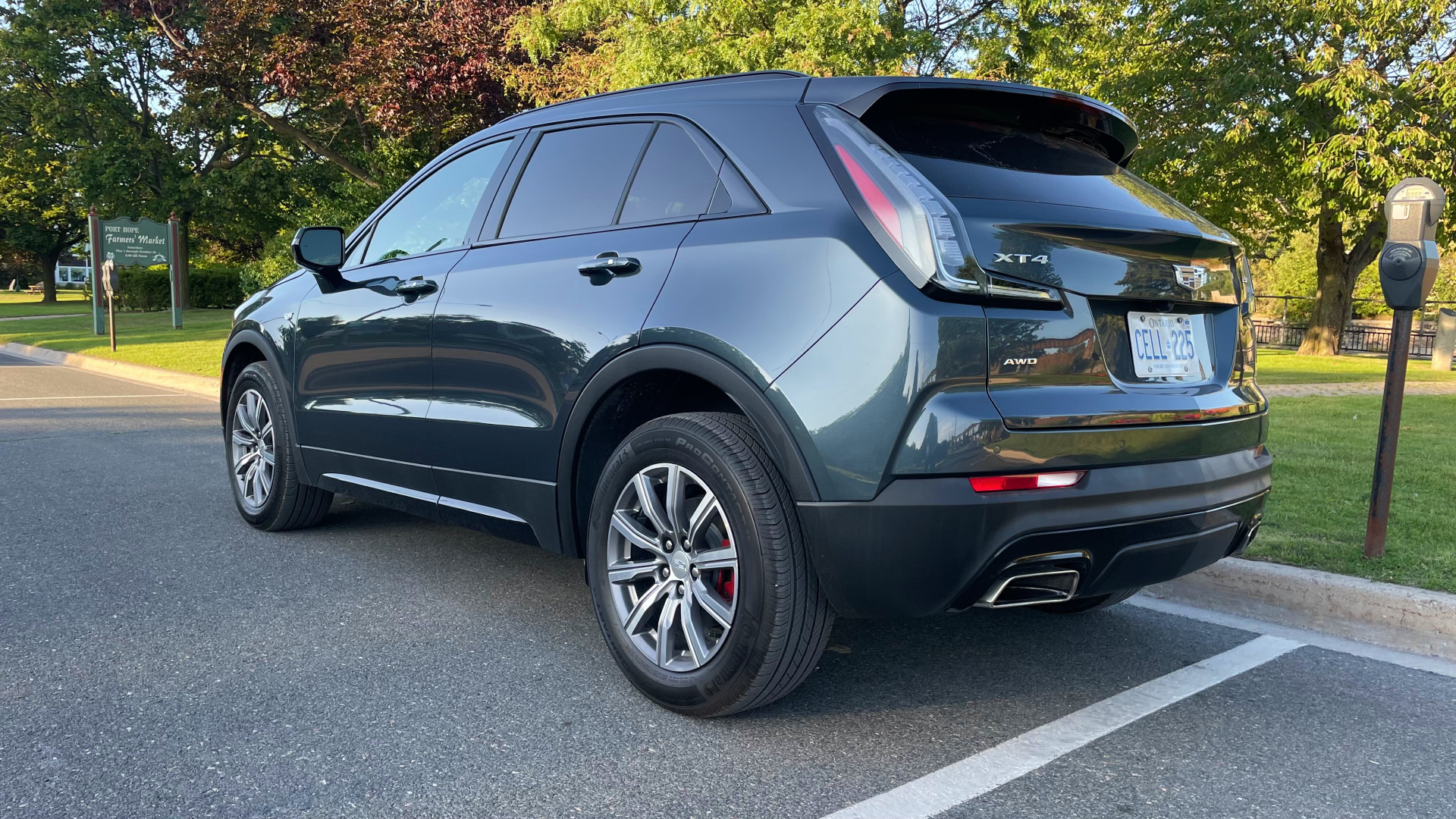 Despite the strange feeling I get seeing such a small SUV carry Cadillac badging, the XT4 makes a favourable initial impression. Its bodywork is handsome, everything appears to be in proportion and its styling isn’t overwrought. The grille is prominent but not too big and the LED lighting detail, both front and rear, look especially good to these eyes, particularly when lit up at night. The sheet metal doesn’t have the most interesting surfacing and shapes, but when viewed in totality I think less is more.

Inside, the XT4’s cabin offers good comfort and visibility, along with a decent amount of room for a subcompact SUV. I had no trouble folding my six-foot frame into the back seat with plenty of head and legroom to spare, and the driver’s seat offers a good amount of adjustability in terms of seating and steering wheel positioning.

As for the cabin’s aesthetic, well, it’s a bit sparse and not terribly exciting. While I think fewer buttons and switches are generally a good thing, the presentation here is a bit dull. The layout is logical and everything I interacted with worked fine, but it’s not very engaging. For example, the infotainment touchscreen display is just eight inches on the diagonal, which makes it not much bigger than my phone, and the screen resolution is just 768p. Technically, it’s HD, but just. I think an upgrade is in order. 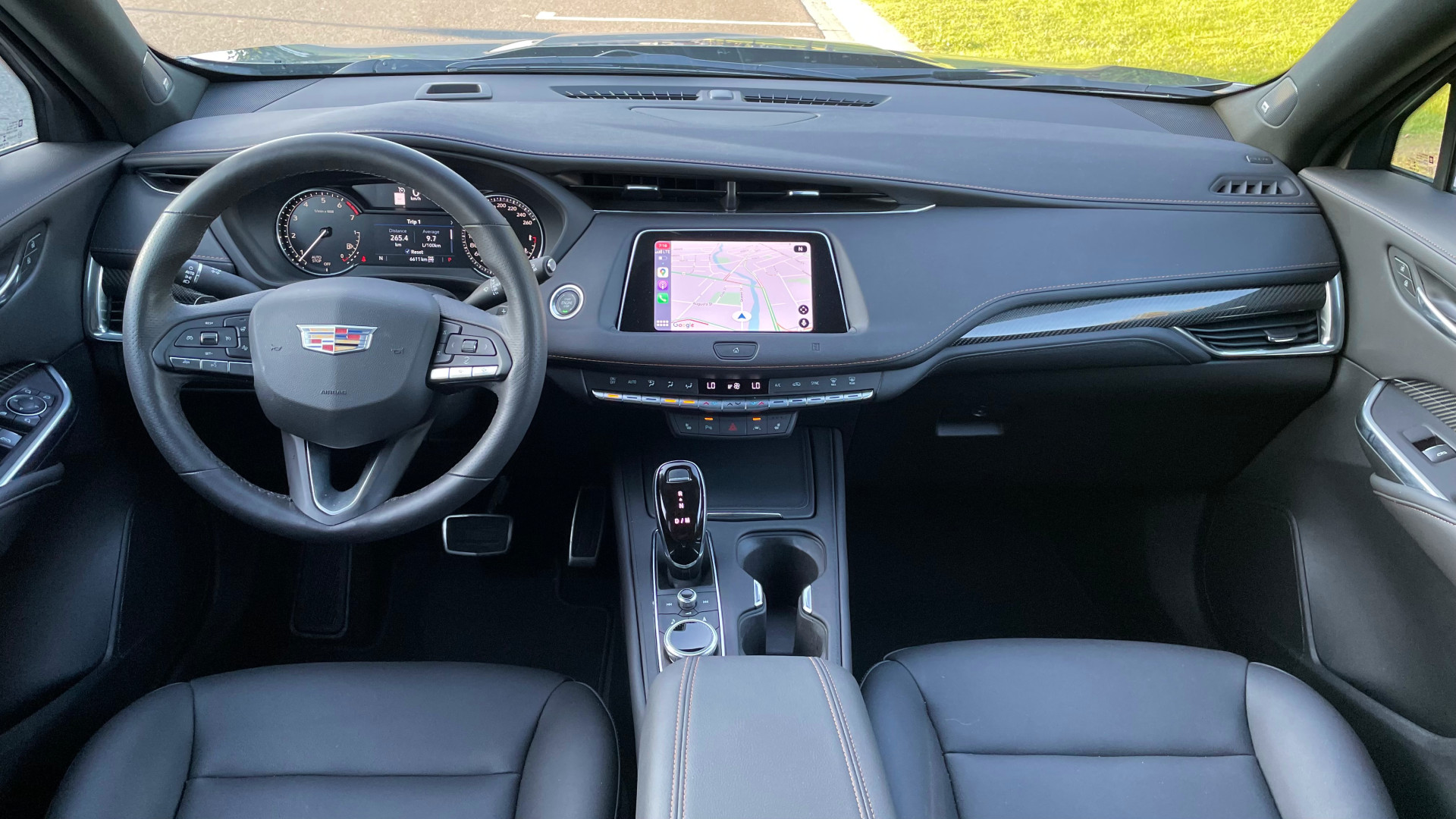 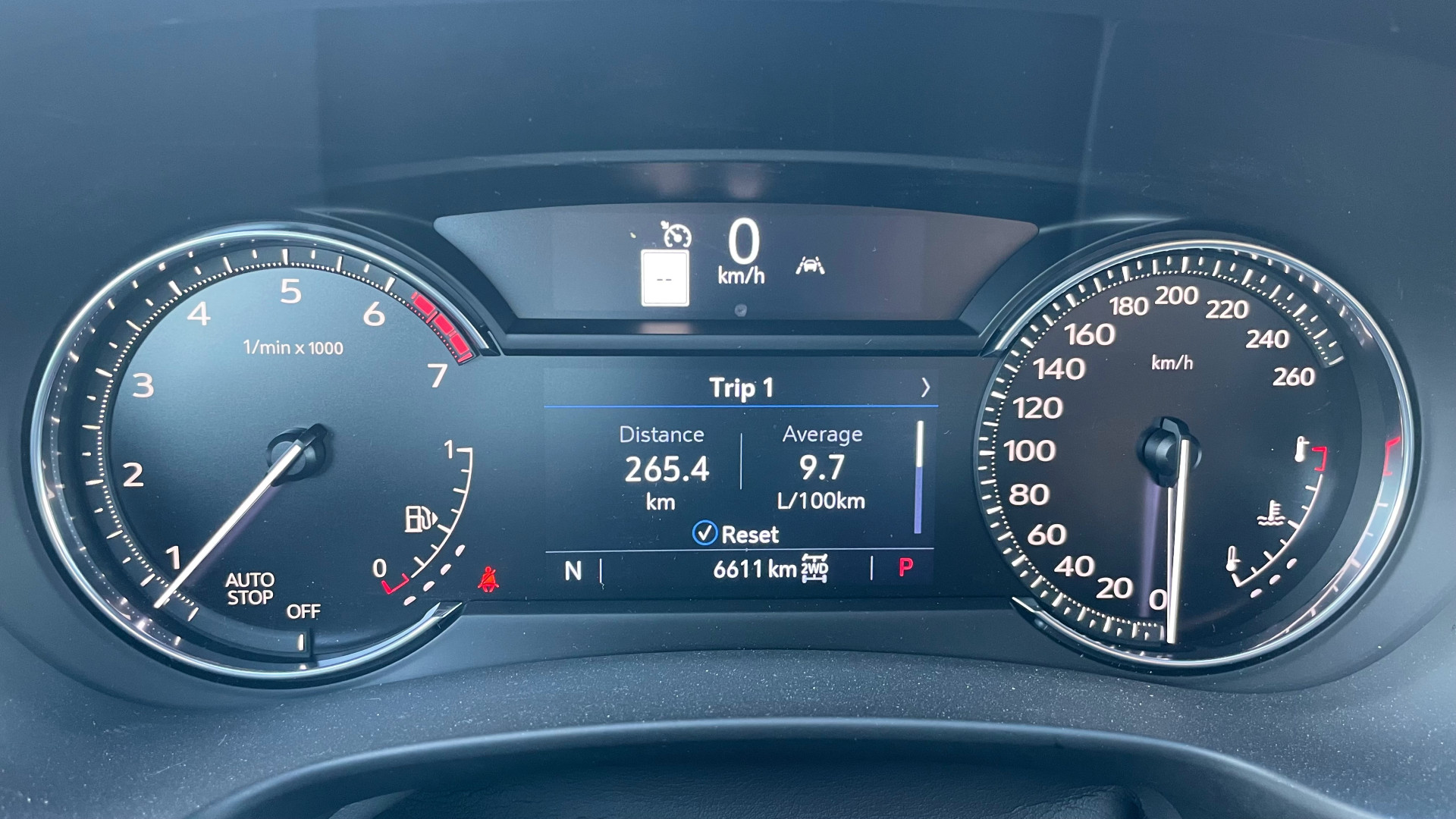 On the plus side, the soft-touch materials look fine and feel good to the touch, and the wireless CarPlay worked beautifully. I hope more automakers follow GM’s lead with greater wireless connectivity. 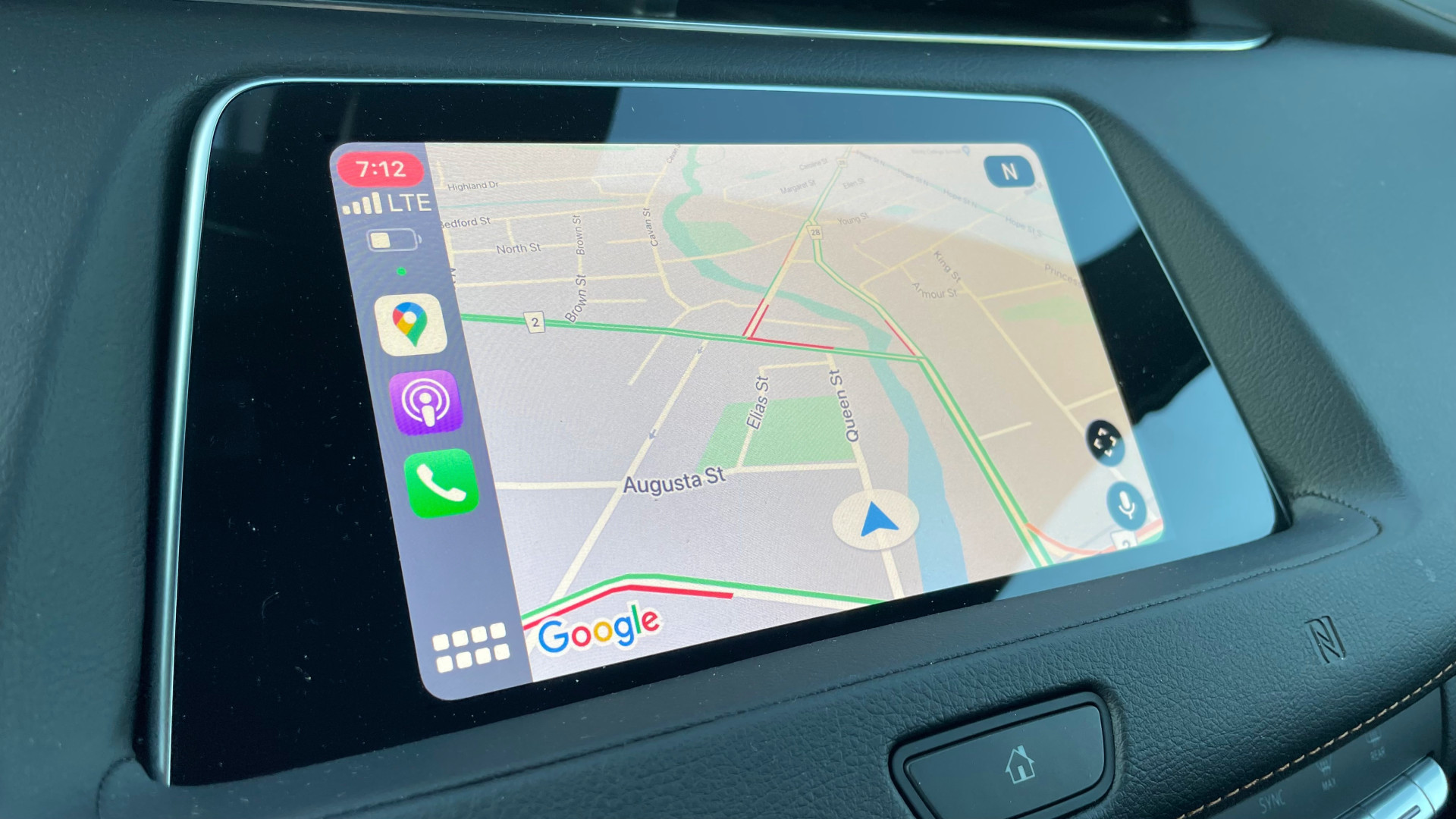 In terms of the drive, the XT4 handles the cut and thrust of daily driving just fine. Acceleration from the 2.0-litre turbo four won’t knock your socks off, even in sport mode, but it scoots the XT4 around adequately without an undue amount of racket. Sport mode lets the revs build before upshifting and the transmission has a manual mode with paddle shifters, but most buyers are unlikely to use them much.

The ride quality feels pretty good, generally, with light and responsive steering and handling that feels secure and planted. Shorter wheelbases usually ensure a bumpier ride, and the XT4 is no exception, but it’s not too harsh in this case.

Overall, I’d say there’s a lot to like with the XT4. It has loads of standard and available content, including a whole suite of advanced safety features, with enough performance, comfort and style for the money. It even has a 3,500-pound tow rating and almost 1,400 litres of cargo capacity, which is impressive for a vehicle of this size. My tester is close to $50K before taxes, however, and there are plenty of alternatives in that price range. The bigger and more powerful mid-size XT5, for instance, starts at $44,298 – something to keep in mind.

So, yeah, the XT4 impresses overall, even if I still think it’s a little strange. Maybe it just needs a new name.