A thinly disguised racecar you can drive every day.

Join the Conversation (0)
The 4-litre flat-six in the 911 GT3 Touring defines it. It revs to an insane 9000 rpm, has six individual throttle bodies, and makes 502 naturally aspirated horsepower. It can easily make you forget that there’s an entire car attached to it. There’s no escaping its intoxicating bark punching big holes in the air every time you blip the throttle. It’s magnificent.

Getting the keys to a Gentian Blue example with a tan and black two-tone interior sitting on gleaming silver wheels was a surreal moment. It’s not my first time in a GT3. I was lucky enough to sample one of Stuttgart’s finest last year, however, it wasn’t a Touring, it was a regular GT3—you know, the one with the big wing. It was probably one of the greatest things I’d ever experienced on wheels, until now. 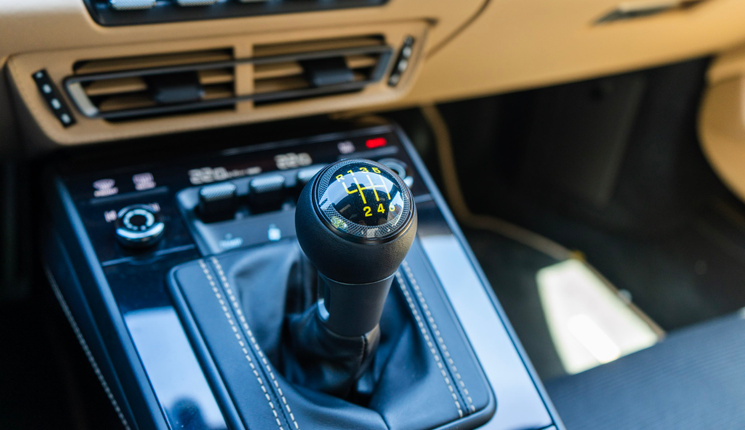 I didn’t even have to drive this GT3 Touring to tell you that I’d like it more, and it boils down to one thing—a manual gearbox. It seems illogical. It’s a choice that makes little sense when you have what is likely the greatest engine to ever reciprocate a piston, connected to a transmission that can only be considered rudimentary. It certainly doesn’t make the GT3 any faster and, in fact, in my hands, it’s probably a whole lot slower. And neither will it save you even one penny over the much more sophisticated dual-clutch automatic.

None of it matters to me. A manual transmission is more exciting every single day of the week. It hardwires you to the car and appoints you as the gatekeeper of the 9000-rpm flat-six whirring behind you. Pushing in the stiffly sprung clutch and slotting the stubby lever into gear is mechanical and satisfying. Your leg and arm muscles are directly manipulating the engine and transmission components, not some electronic signal. You’re in charge of the music and your instrument is a celebration of internal combustion. A Stradivarius among mere violins 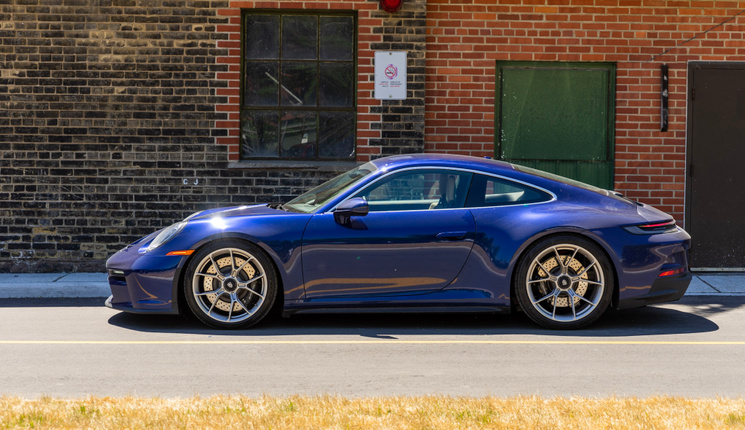 The manual is still offered on the GT3 today mainly because customers asked for it. Porsche being a business and all would rather save money on the production line and just offer the PDK and be done with it because it’s faster to shift, smarter than you, and will never put a cog wrong. For the Porsche engineers who designed a road-legal 911 capable of lapping the Nurburgring in under 7 minutes (an astonishing time for a road car), a manual is a slap in the face. It’s like an Olympic runner training for months and getting in the best possible shape, only to decide that on race day they’re going to run with heels on.

The Touring package also eliminates the enormous “swan-neck” spoiler on the boot lid but it still gets a smaller hidden one that automatically deploys at speed. Outside of its hunkered down stance it could be any other contemporary 911. Look a little closer, however, and you’ll notice the vented carbon hood, GT3 bumpers, large rear diffuser, and centre-exit exhaust. Regardless of the sleeper look, it gets the same double-wishbone front suspension derived from the 911 RSR racecar. Likewise that naturally aspirated 4-litre flat-6, the reason above all else to get a GT3, is virtually identical to the motor used in the 911 GT3 Cup car. With 6 individual throttle bodies and a dry-sump oiling system, you get the ultimate in responsiveness and endurance. 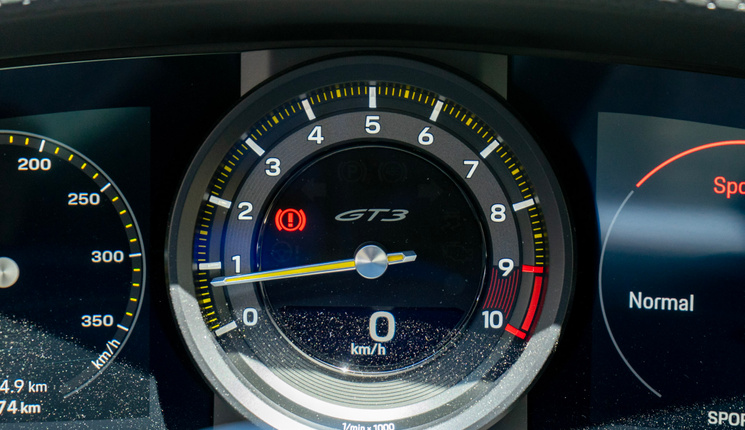 You merely breathe on the gas pedal and the tach needle shoots upwards. The gearbox, a 6-speed unit and not a 7-speed like in other 911s is easily one of the best in business. It has automatic rev-matching on both up and downshifts. It can be turned off but with it on shifting gears is remarkably easy. With it off you can fully come to terms with the weightless, free-revving nature of the engine. Clutch in on the beautifully weighted pedal and the revs drop instantly. Like every other aspect of driving this car, there is zero lag. You can snap into the next gear as fast as your arm can move, and get back on the gas immediately. It even gets a no-lift shift feature where you can keep the gas floored while you shift. PDK? Pffft.

With only a few days to enjoy the GT3, I point its nose northwards and leave the confines of downtown Toronto behind. My wife is in the passenger seat. She’s a fan of Porsches but I’ve talked so much about this one that she likely doesn’t want to hear another word. So I let the engine do (most of) the talking.

The engine is always vocal. The rear glass and quarter windows are plastic and there’s a noticeable lack of insulation so even more sound gets in. You know it’s loud when you shut it off and realize you’ve been shouting at each other the whole time. There’s a Bose sound system, but I couldn’t care less. For the first time ever I haven’t dived into the audio settings. There’s only one song I want to hear and it doesn’t start until 4500 rpm. 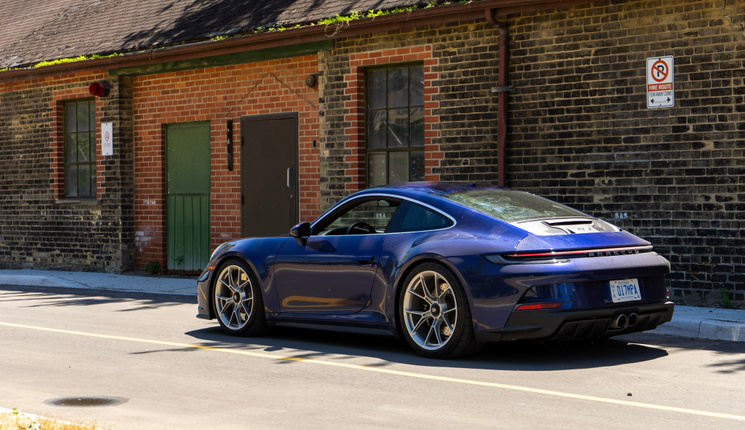 Once at my destination, which is nothing more than a ribbon of road, it’s anti-climactic. Speed limit signs are numerous, and the Touring’s capabilities are way too high. You cannot truly drive a GT3 unless you take it to a track, but I’m not disappointed. Sure I might have kissed the limiter a few times and felt the steering wheel come alive in my hands on some of the really twisty sections but for the most part we just cruised and enjoyed the drive, the scenery, and each other’s company.

The joy of driving the GT3 doesn’t have to come at racetrack speeds. Even on the road, the car feels just about perfect. The ride is stiff but it doesn’t beat you up and the fixed carbon bucket seats are supremely comfortable and add another layer of specialness. You might have heard that sports cars don’t get much better than this at any price, and it’s one hundred per cent true. I’ve driven exotic cars that cost nearly double and none have given me all the feels that the GT3 does. This is motoring at its very best.