Still the sports car of crossovers.

Join the Conversation (0)
When it first showed up in 2014, the Porsche Macan quickly solidified itself as the driving enthusiast’s crossover to no one’s surprise. Now it gets another round of updates to help keep it relevant.

Porsche is a brand that has built its reputation on performance and even its entry-level offering was not spared the sports car treatment. The Macan offered a less-expensive gateway into the Porsche world, albeit in a non-traditional shape. It helped that it was also good at other crossover stuff like carrying people and cargo, areas of utmost importance in one of the most hotly contested segments in the industry.

Exterior tweaks are rather subtle after the bigger ones that came in the last update that saw the rear taillights morph into one long strip like many of Porsche’s other offerings. This time around the front end gets integrated cooling intakes, body-coloured trim, a new front spoiler, and LED lighting. The sideblades, a Macan trademark, have also been given a bit of texture. 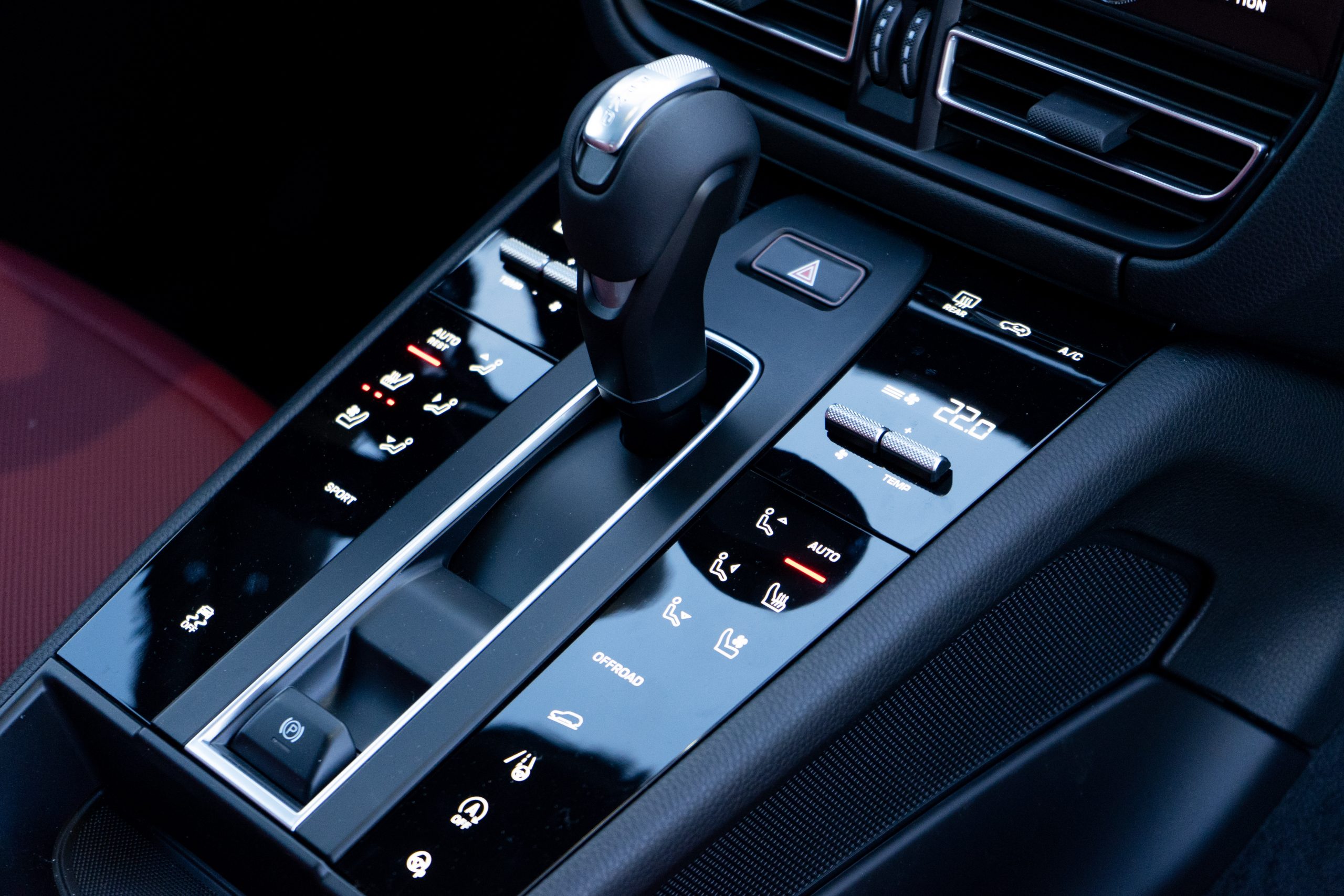 On the inside, a new centre console lends a fresh and contemporary look. The arrays of buttons are gone, replaced by a glossy black haptic-feedback touch panel similar to what you find in most other Porsches. It looks spectacular but I’d be lying if I said I didn’t miss those physical buttons. Customers are still going to go nuts for it because this is the same console you get in the Panamera, 911, and Cayenne without the sticker shock.

The Macan that Porsche provided us with was unique in the sense that it was a base model. Not an S, or top-of-the-line GTS (the Turbo trim was dropped) as is more common of the press cars we get to review. But don’t think of this as your typical base trim. The leathers and plastics, the fit and finish, the brushed aluminium trim, and the overall design of the cabin including the new centre console made this Macan feel just as special and exclusive as a 911. 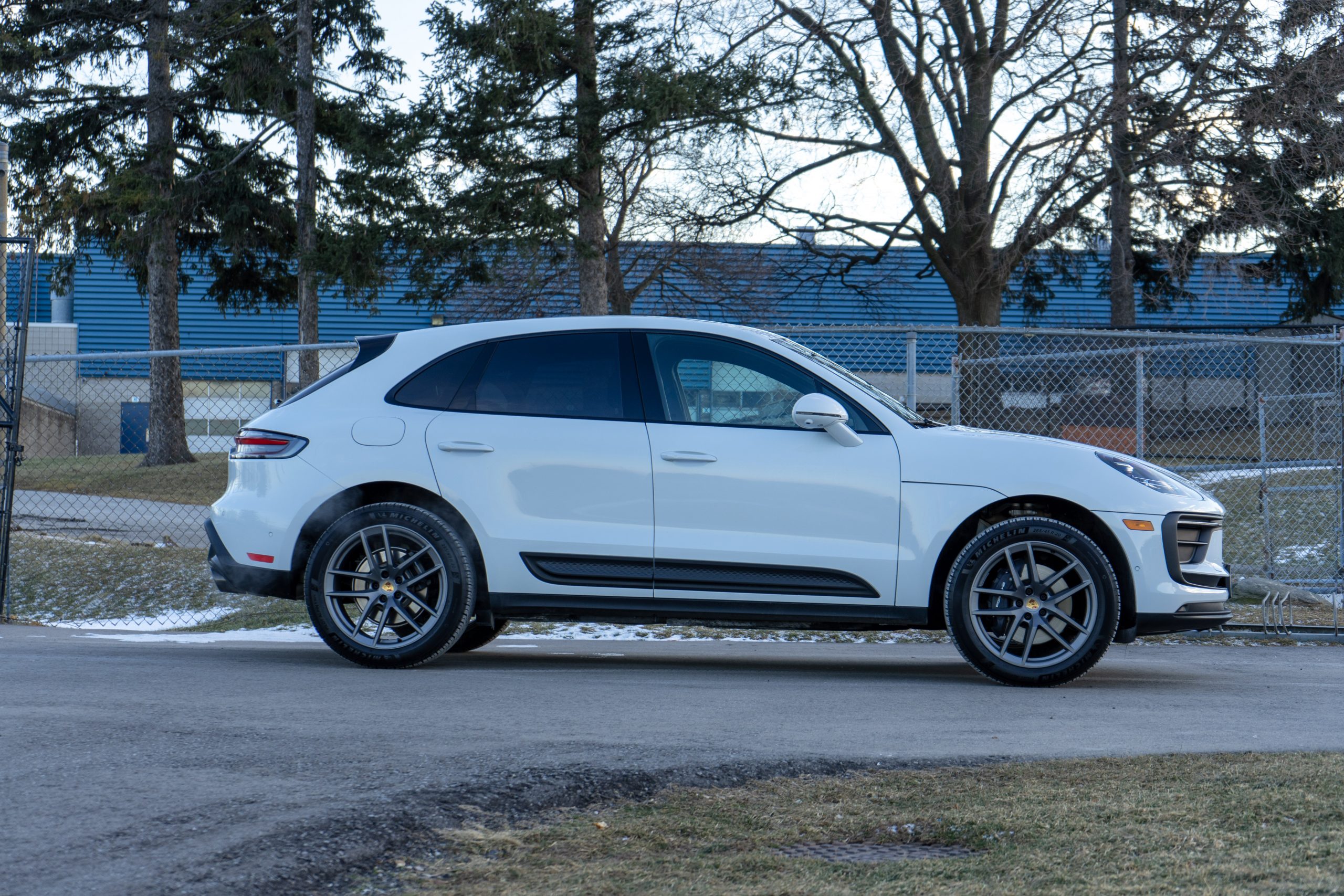 Then there’s the way it looks. Crossovers don’t really pull at people’s heartstrings the way a sports car can but the Macan is genuinely one of the best styling efforts for a compact crossover, even after all these years. The planted stance, the wheels pushed out to the corners and that trademark flowing roofline gives it real presence. It’s an elegant look and it has aged beautifully. Between the Macan and the equally good-looking Alfa Romeo Stelvio, it’s a toss-up.

Like other Porsches, you can play as dirty as you like with optional extras and customization till you’ve built yourself a Macan that you’ll need to mortgage. Show some restraint and you’ll end up with a vehicle that feels, smells, and drives like a Porsche for less money than you thought possible. In that respect, the Macan can be considered a bargain. In every other sense, it’s still an expensive vehicle and Porsche still likes to charge extra for equipment like adaptive cruise control and lane change assist, which comes standard on most of the competition.

Under the hood a 2-litre 4-cylinder turbo unit sends 261 hp and 296 lb-ft of torque through a 7-speed dual-clutch transmission that shifts with sports car speed and precision. It’s fairly quiet and goes about its duties unnoticed even the optional sport tailpipes that were specced on my tester, but it does come alive if asked and will spin freely to redline. It has more than enough power, but if you wanted to get blown away, there are other more powerful and more expensive Macans that Porsche will happily sell you. 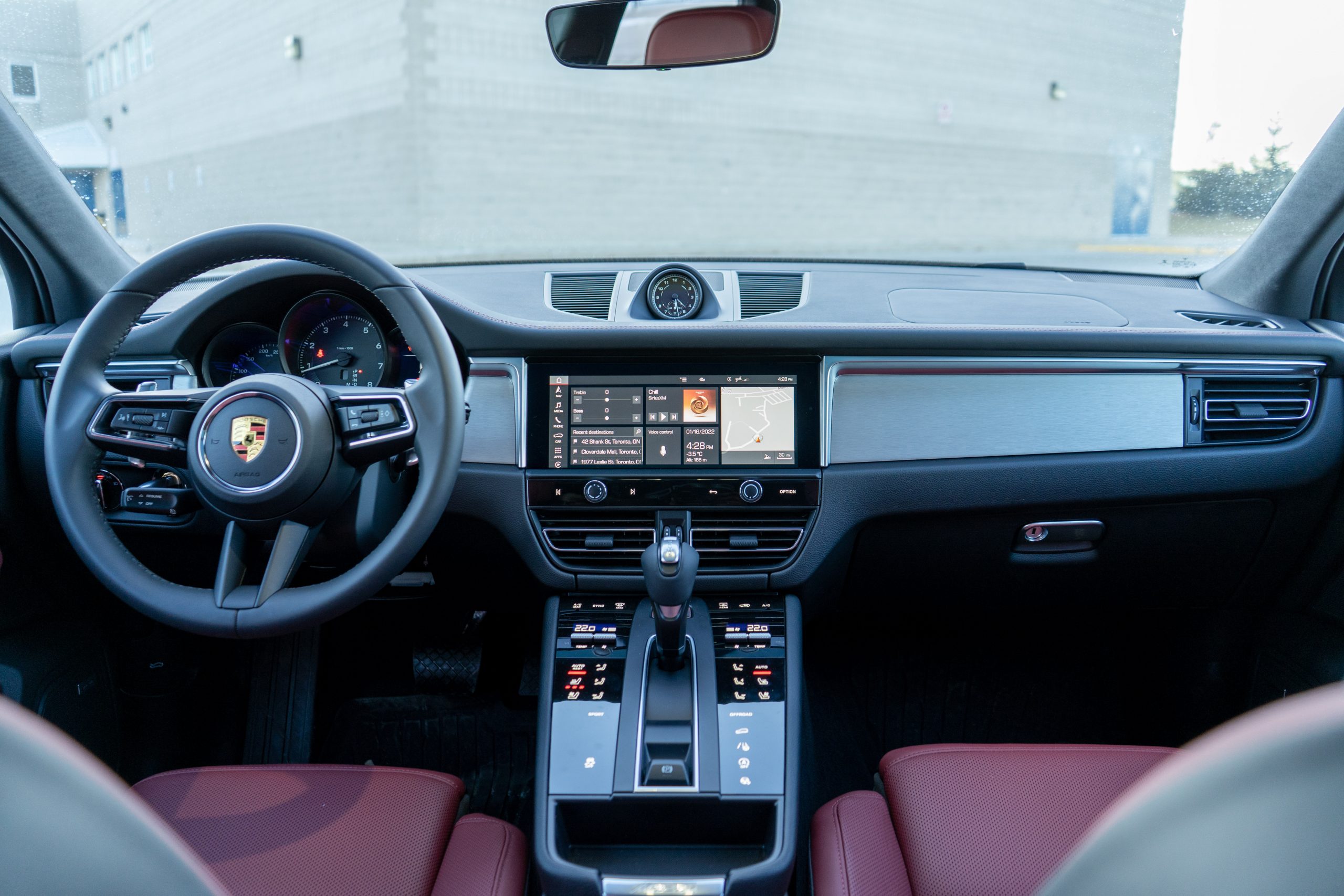 The all-wheel drive Macan shares a platform with the front-wheel drive-based Audi Q5, but actually sends power to the rear first and then to the front if necessary, a much better option for performance.

A Macan has always been a joy to drive and this one is no different. It has great steering, a willing and communicative chassis, and excellent ride quality even on Lakeshore road in Toronto, where there are more craters than actual road. The Alfa Romeo Stelvio might deliver a bit more fun with its twitchier handling model but the Macan’s natural and communicative drive feel edges it out for me.

Issues with the Macan are few: the PCM infotainment system is starting to show its age, and the menus are small and difficult to access on the move. It’s also not very efficient, registering about 14L/100 km over a week of mixed driving. You should expect better from a 4-cylinder compact vehicle like this. 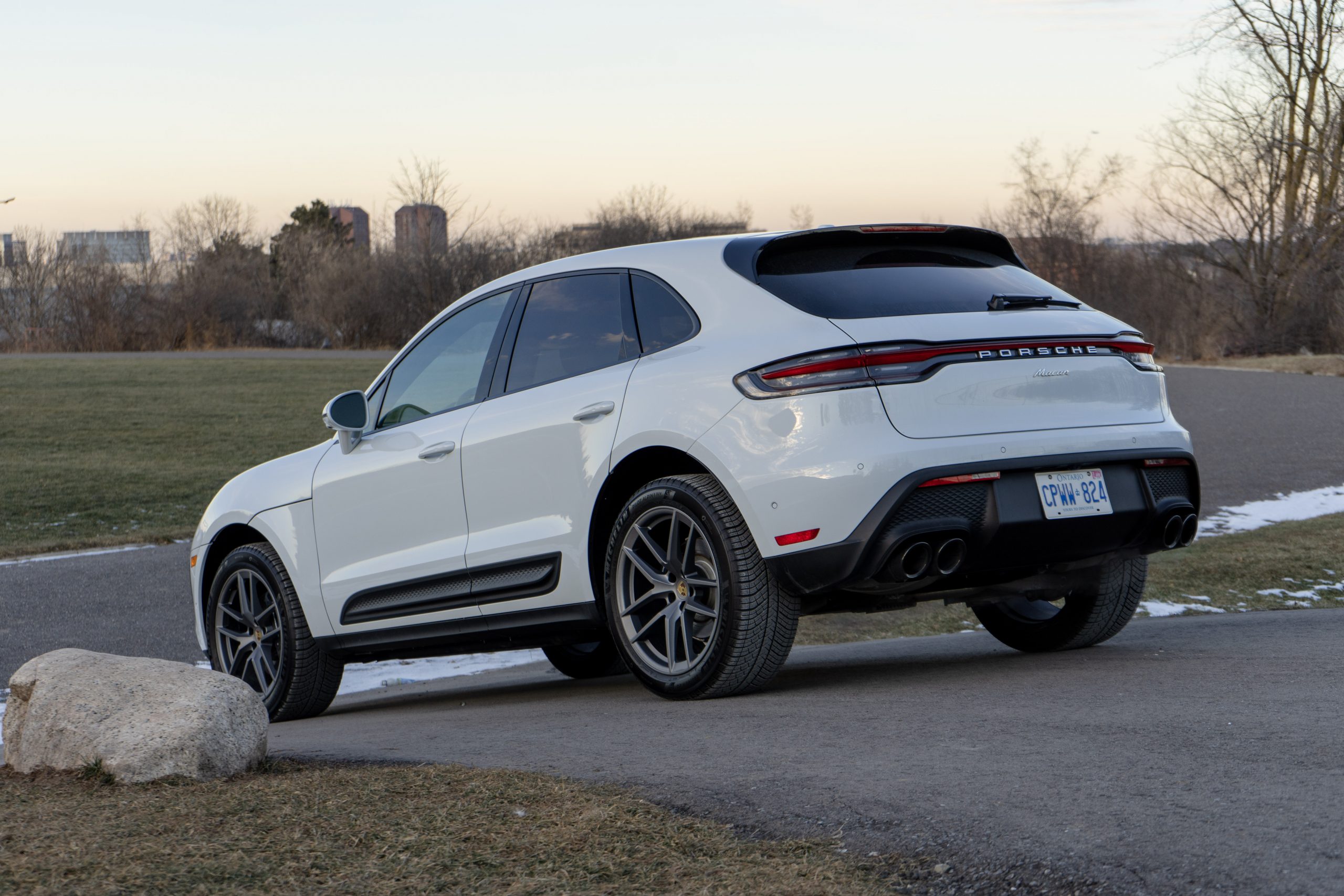 Move to the back seat and you’ll also notice that it’s just not very spacious. The BMW X3 offers more legroom and doesn’t have that sloping roofline pinching away precious headroom. At 6-feet tall, sitting behind myself was possible but I don’t think I’d want to do it for very long. It also gives up some cargo space compared to rivals but then again none of the compact luxury SUVs are going to be your solution if you have a large or growing family.

Where the Macan shines, is desirability. From the looks to the way it drives, it is every bit a Porsche. If you need to eke out the most passenger space and practicality from your compact luxury crossover consider looking at the BMW X3 or Mercedes GLC but if you want the best driving experience the Macan is still the one to beat.