Join the Conversation (0)
The Lamborghini Huracán (“ura-khahn”) is a fantastic-sounding, head-turner of a vehicle that does well to go toe-to-toe with…well pretty much any modern car you can think of, really. Beneath all that, however, it’s also a proper flag-bearer for the brand. It is one of their bestsellers and has a number of variations that all have features to differentiate each from the other. In short, it’s a car that you can argue has put Lamborghini on the map more than any model before it besides its precursor, the Gallardo.

The Huracàn is a pretty big departure from that vehicle, though, with its ultra-narrow headlamps, modern take on the wedge-shaped supercars of old, gorgeous wheel choices and a pair of Akrapovic tailpipes whose report will make hairs stand on end from blocks away. 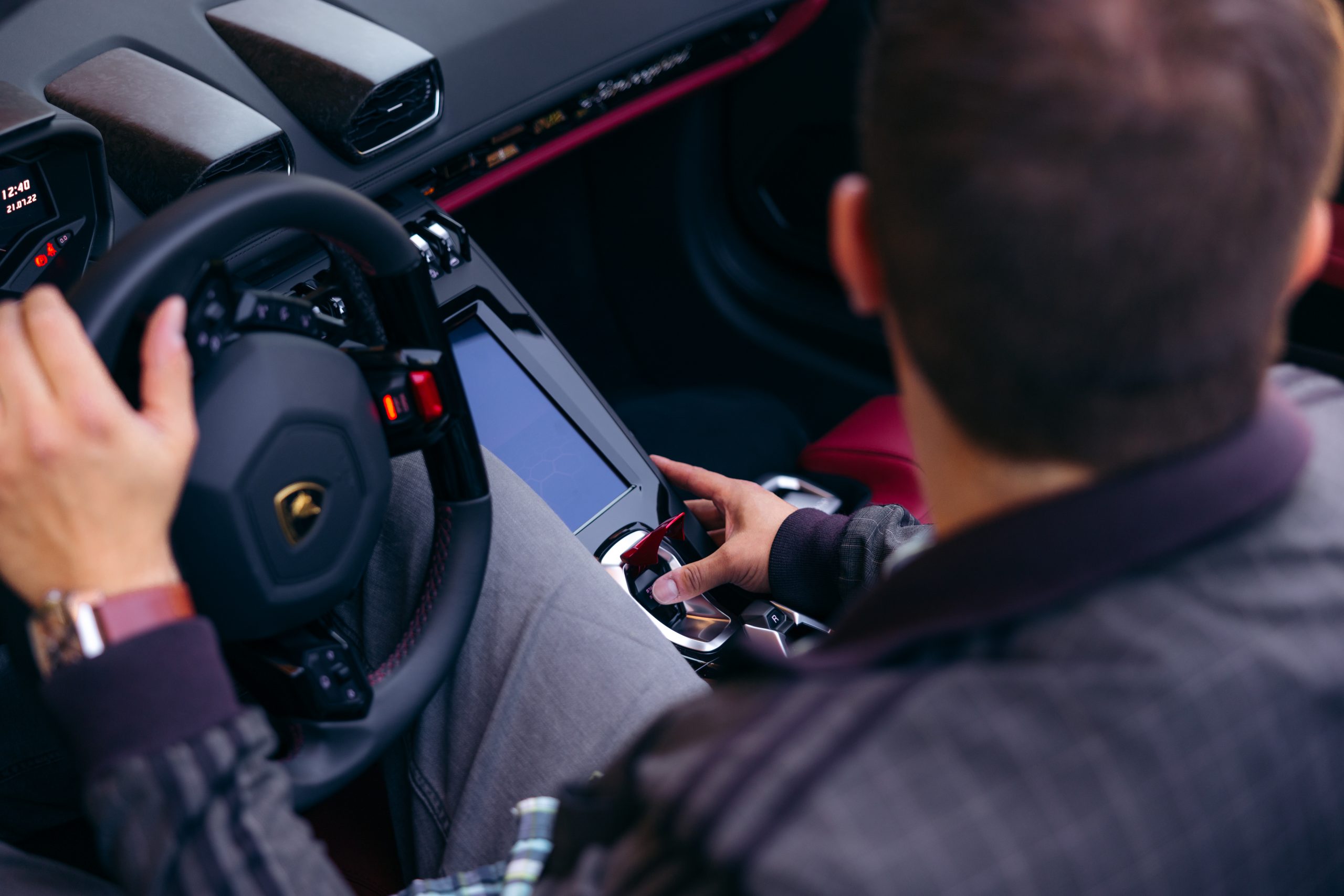 Inside, the brashness continues with a full digital gauge cluster that flashes like a pachinko parlor as you move through the gears. A starter button hidden beneath a flip-up door wouldn’t look out of place inside the cockpit of a Eurofighter Typhoon and is mimicked by the reverse select lever. Carbon fibre bucket seats with “Huracán EVO” embroidery and more hexagons than you can count – the hexagon shape being kind of a theme when it comes to Lambo.

There are oddities, too; there is no signal stalk, just a button on the wheel’s left spoke and the back-up cam appears within the gauge cluster – which is heavy on Italian text; “olio”, “benzina”, etc -- meaning it will get obstructed as you park.

Then there’s the name: “Huracán EVO”. It’s a cool name that denotes this as the entry level model with…RWD.

Rear-wheel-drive. All the legends had it; McLaren F1. Ferrari 250 GTO. Porsche 930 Turbo. Dodge Viper. Chevrolet Corvette. RWD saves weight and makes for just the right balance and allows you to control the rear end with the throttle, especially when you have rear-wheel steering, as the EVO does. 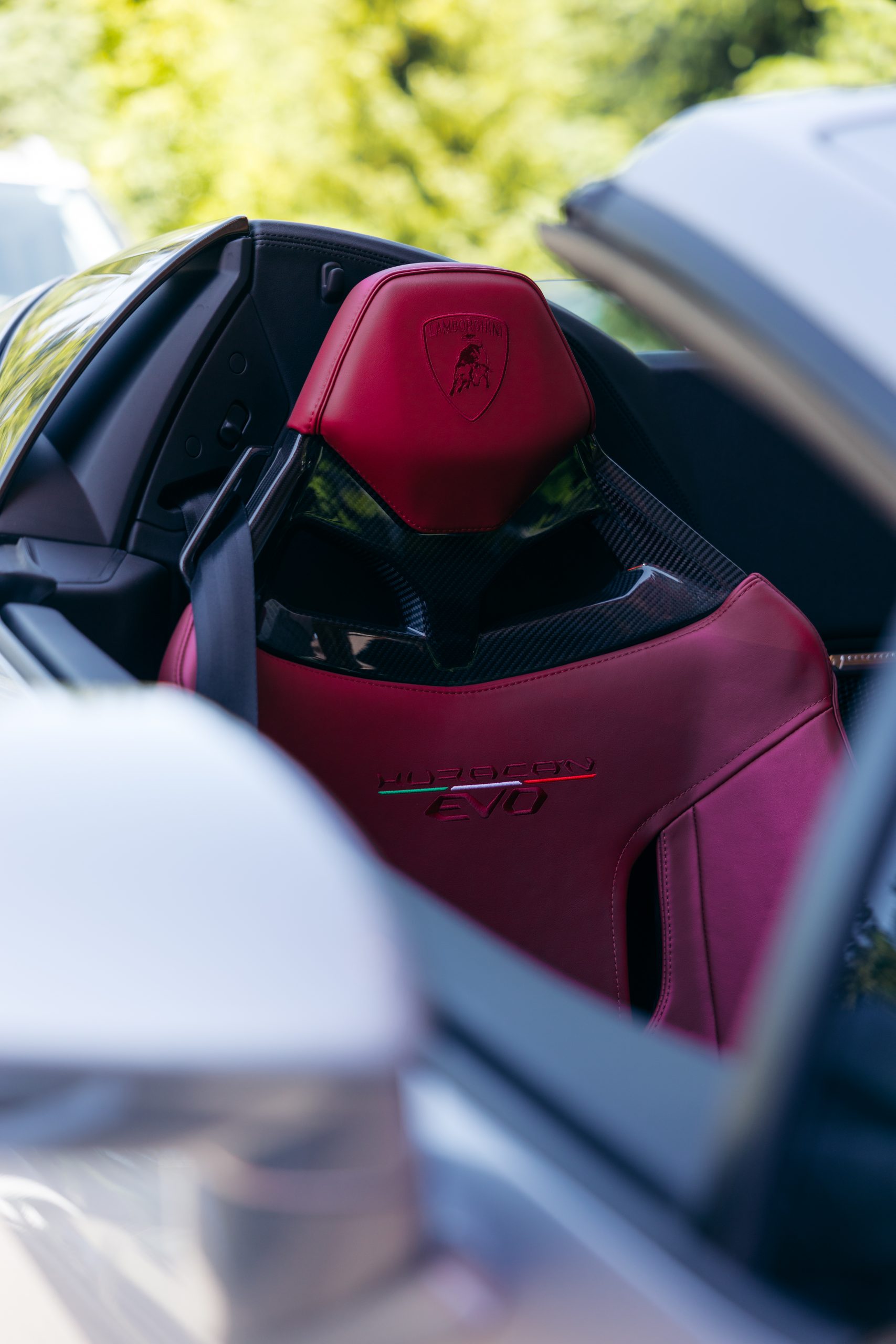 I was surprised, however, that for all its bluster, clambering in to the Huracán isn’t actually a clamber at all. The doors open in the traditional – well, traditional for anything other than a Lambo, anyway – manner meaning entrance and egress is fairly easy even for a six-plus footer like myself and once inside, both head- and legroom mean you’re far from the ultra-cramped driving position in supercars of old. Since the ride height is low and there’s almost no hood ahead of you (I say “almost”; there is one, and it has a frunk that at 100L is just big enough for an overnight duffel), it feels like you’re skimming along the road like a rock atop a pond and the view forward is good. You’re going to have the limited rear view that’s inherent to mid-engined supercars, but adjust the canted forward mirrors correctly and you are good to go.

Activating “Sport” mode changes the gauge cluster and unleashes even more violence from the tailpipes. The report is even louder now, interspersed with the staccato of popping twin tailpipes on the overrun and the sense of urgency is tripled. Every dip of your toe into the throttle is backed up by ferocious, immediate accelerative force – no turbos, no superchargers, no delays – as you frantically reach for the 7-speed dual clutch auto’s sickle-shaped shift paddle that must measure six inches if it measures one. 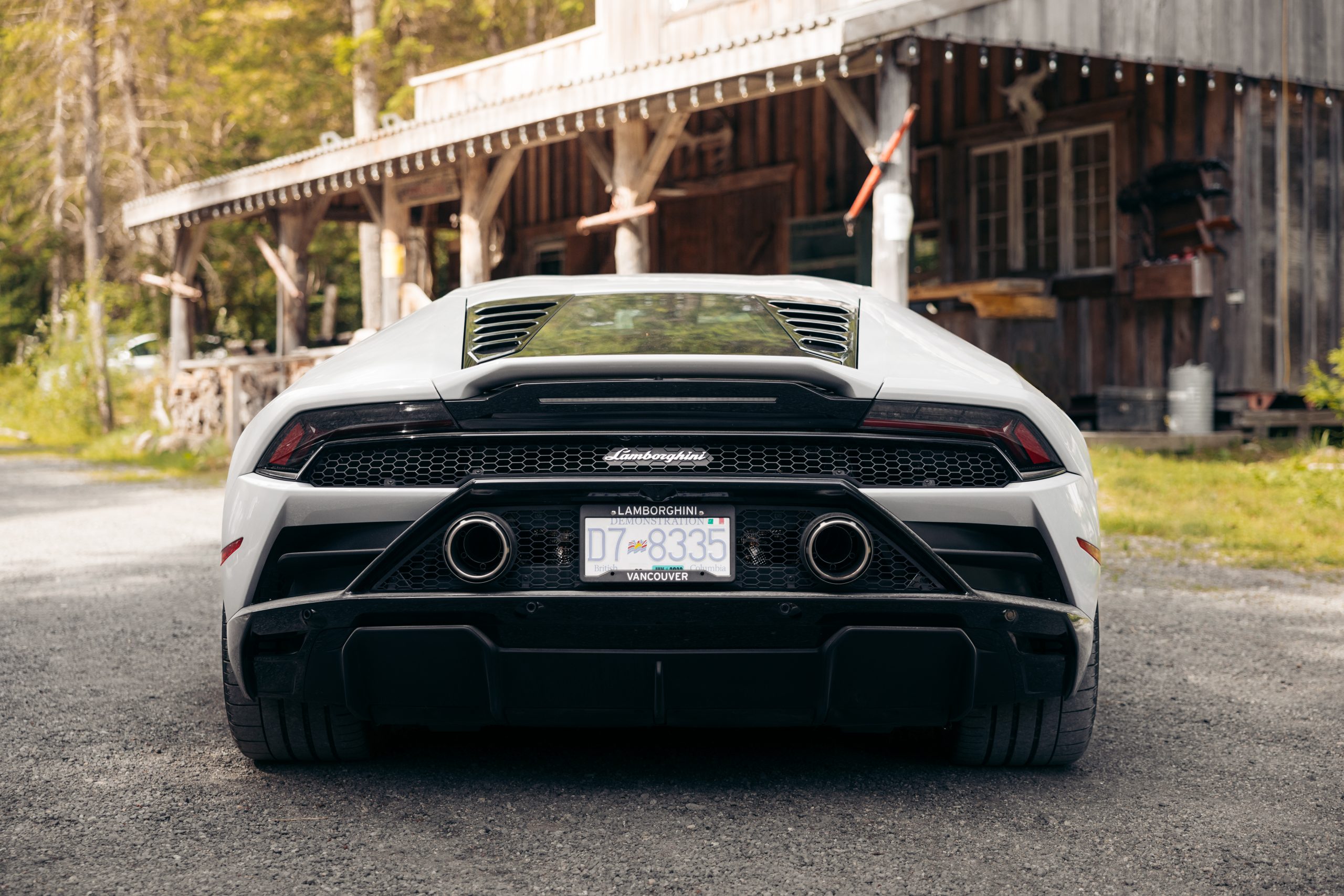 There is no inertia, here. Even without the extra pull an AWD system would provide, the car springs forward, with no energy being wasted under acceleration squat because there is none; the dampers firm up to keep everything in check, forcing the fat tires into the tarmac below.

This, of course, is reflected through the turns as well, with Lambo’s proprietary “LDVI” system (“Lamborghini Dinamica Veicolo Integrata”) measuring everything from wheel slip to throttle inputs to the road surface below and adjusting accordingly over, over and over again. That means the car essentially knows what you’re doing – and what the road’s doing – before you do.

All I know is that even without changing the drive mode, you can feel the car acting differently. If it senses you’re in traffic, it won’t let you access the full immediacy of the powertrain with overzealous throttle inputs, lest that put you square into – and considering the wedged shape, probably under – the car ahead. Then, as the road opens up, everything tightens back up again and all of a sudden, you’re back in the saddle of a supercar. Even with all that talk of RWD this and classic that, this is a technological masterpiece in all the right ways.

The more I drove the car and the more I considered its spec, I realized that I’d never really gotten Lamborghini’s raison d’être until now. These are cars that are meant to be driven – regularly, irregularly, but driven, one way or the other – more than you might think. 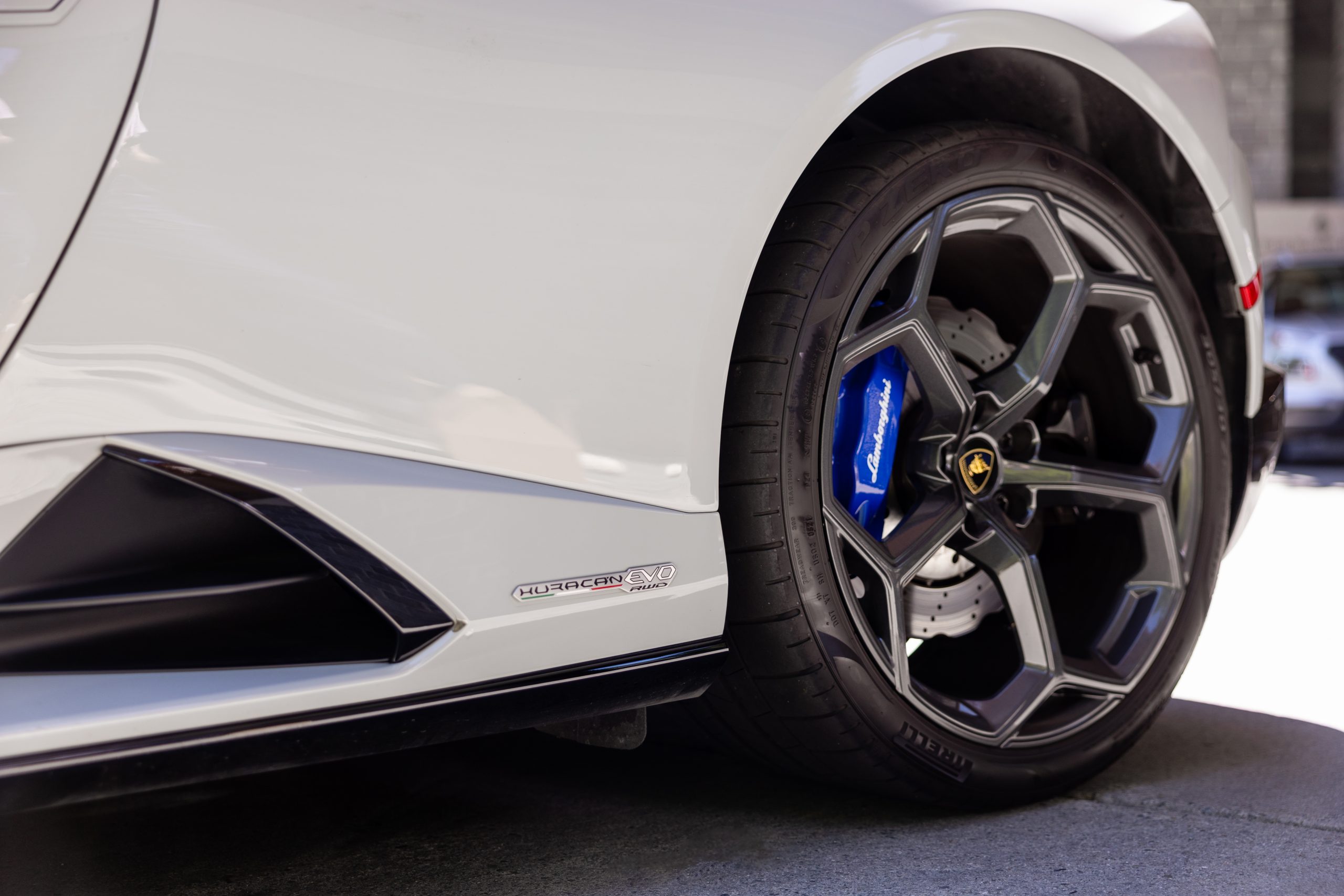 Unlike Ferrari, for example, which won’t even let you sniff an SF90 Stradale lest you owned five Mondial Ts back in ’88, you can walk into a dealership, cash in hand, and be on your way. Lambo drivers skew younger – mostly because as younger drivers, they weren’t even of driving age in ’88, let alone established enough to buy a Ferrari – and they drive their cars more. It’s why when you think “Ferrari”, you think “red” but when you think “Lambo”, you think lime green, metallic purple, matte grey and so on. Lambo embraces that kind of variety, and younger buyers love it.

It's why that while Ferrari has hit the hybrid button already, Lambo is still making bricks-and-mortar stuff like this. Yes, Lambo will be going electric soon, but not yet.

You want to throw whatever you can at the Huracán to try to outsmart it, but forget about it. Out here, on an open road as opposed to a closed course, nothing will get the better of it. It’s a masterclass in supercardom, a perfect cocktail of tech and tradition that’s a joy to pilot.