Doesn’t get much better.

Join the Conversation (0)
The 2022 Honda Civic Si, like its predecessor, will only come with a manual transmission. At a time when three-pedal footwells are a scarcity and soul-sucking crossovers are the go-to purchase for many, this compact sedan takes a bold stance. Non-drivers need not apply.

Surely, this will limit the sales of the sportiest version of the new Civic (till the Type R arrives) but it also means that every time you see another Si on the road you just know that the person behind the wheel is just like you and truly enjoys driving.

The new Civic Si is a lighthouse of hope, drawing enthusiasts to the promised land of traffic-free serpentine roads. It’s not going to blow you away with performance or impress your friends with kidney-bruising acceleration. This car is all about how it makes you feel, and with just 1.5 litres of engine pushing “just” 200 hp and 192 lb-ft of twist to the front wheels, it might seem that on paper this is anything but an enthusiast product. Honda, however, is legendary at working its magic and giving you something from seemingly nothing. 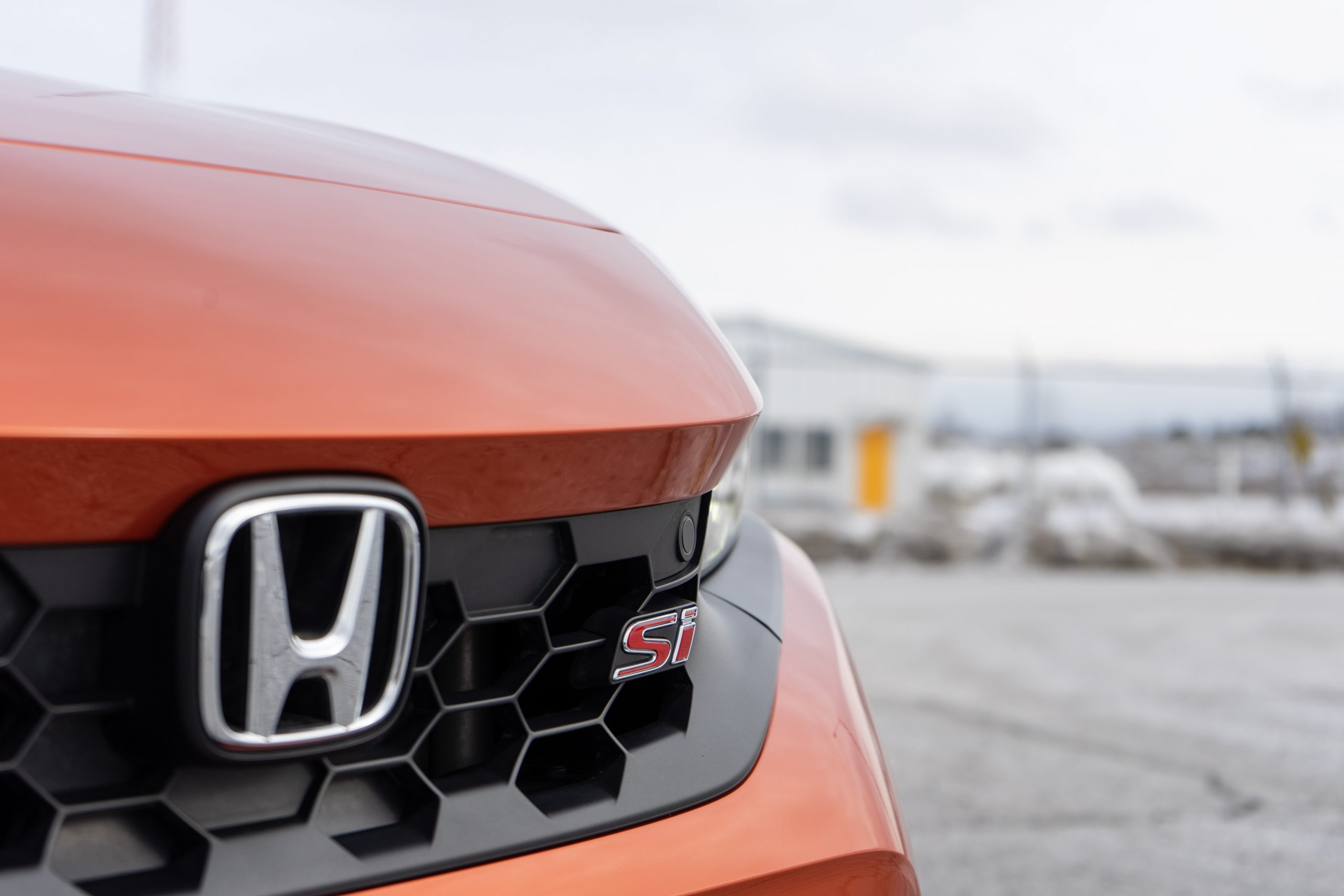 After about two weeks of driving the new Si, I came to a simple and honest conclusion. It was one of the best cars I had driven all year, at any price point. Period.

I drove the Civic Touring in the summer and I think it’s probably the best buy in the compact segment. Even the CVT felt good. Honda cleaned up the styling making it more Accord-like but where some see boring, I see 90s Honda. Civics were once simple things and styled with a restrained hand. Form following function and so on, and somewhere along the way it lost a bit of that. The last gen’s mish-mash of origami and odd shapes felt over-styled. This time it’s still clearly a Civic but a classier version than what you’re used to, and that’s no bad thing. 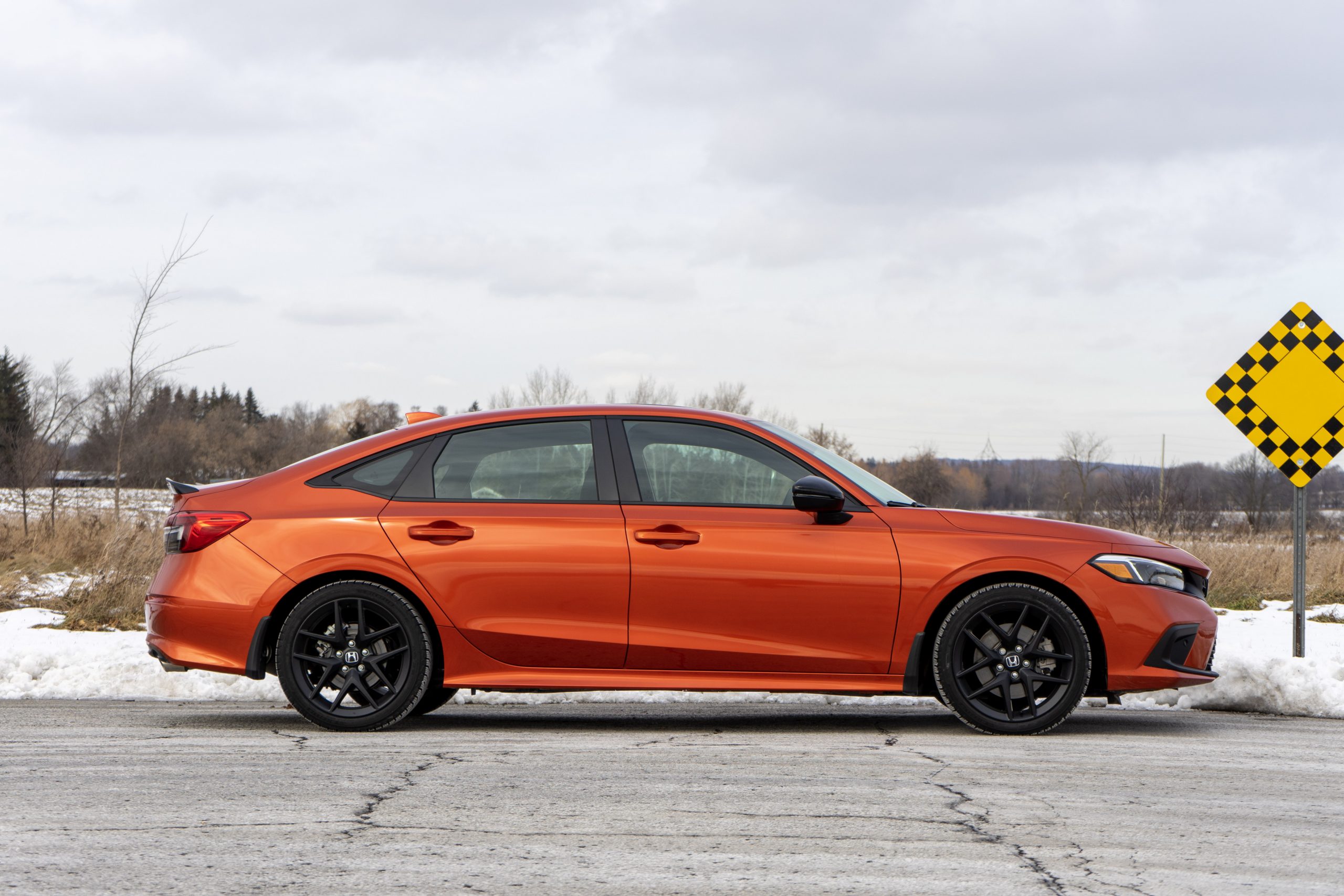 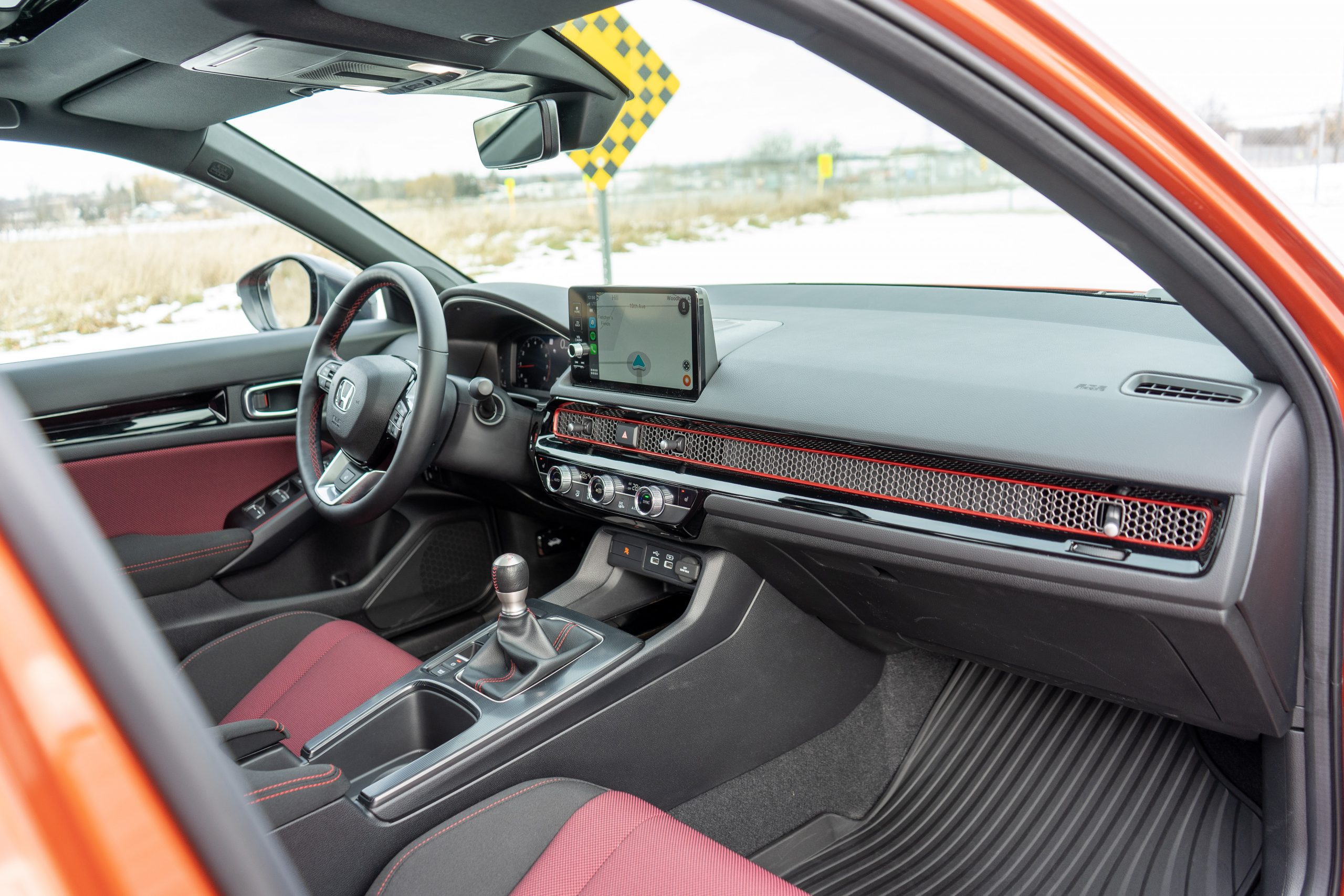 If the outside looks great, the interior is inspiring. With a low cowl, skinny A-pillars, high-quality materials and switchgear, and perfect visibility all around, it’s a clinic in how to do interiors. The hard buttons are big and clearly labeled, and become second nature after a few uses. The climate control dials feel expensive and are foolproof to operate, and that honeycomb grille spanning the length of the dashboard with protruding joysticks looks and feels expensive and doesn’t come across as gimmicky. The Si gets red trim surrounding that grille, as well as red stitching, and red door panels.

The seats, which are also red and adorned with Si logos on the fixed headrests, are exclusive to the Si and are as good as they look. They are heavily bolstered but long-haul cushy, the perfect combination. They make the Civic feel like more than it is. Getting in becomes an occasion. Good seats can do that and these ones certainly do.

The focal point of the interior, though, is that gear lever. It’s reminiscent of old Hondas and feels every bit as good as it looks. Rowing gears here is extremely satisfying. The shifter has a solid, chunky feel and moves through its gates with a snickety mechanical feel. Each shift is an accomplishment, and not at all like the disconnected video game shifters you find in much of the competition. 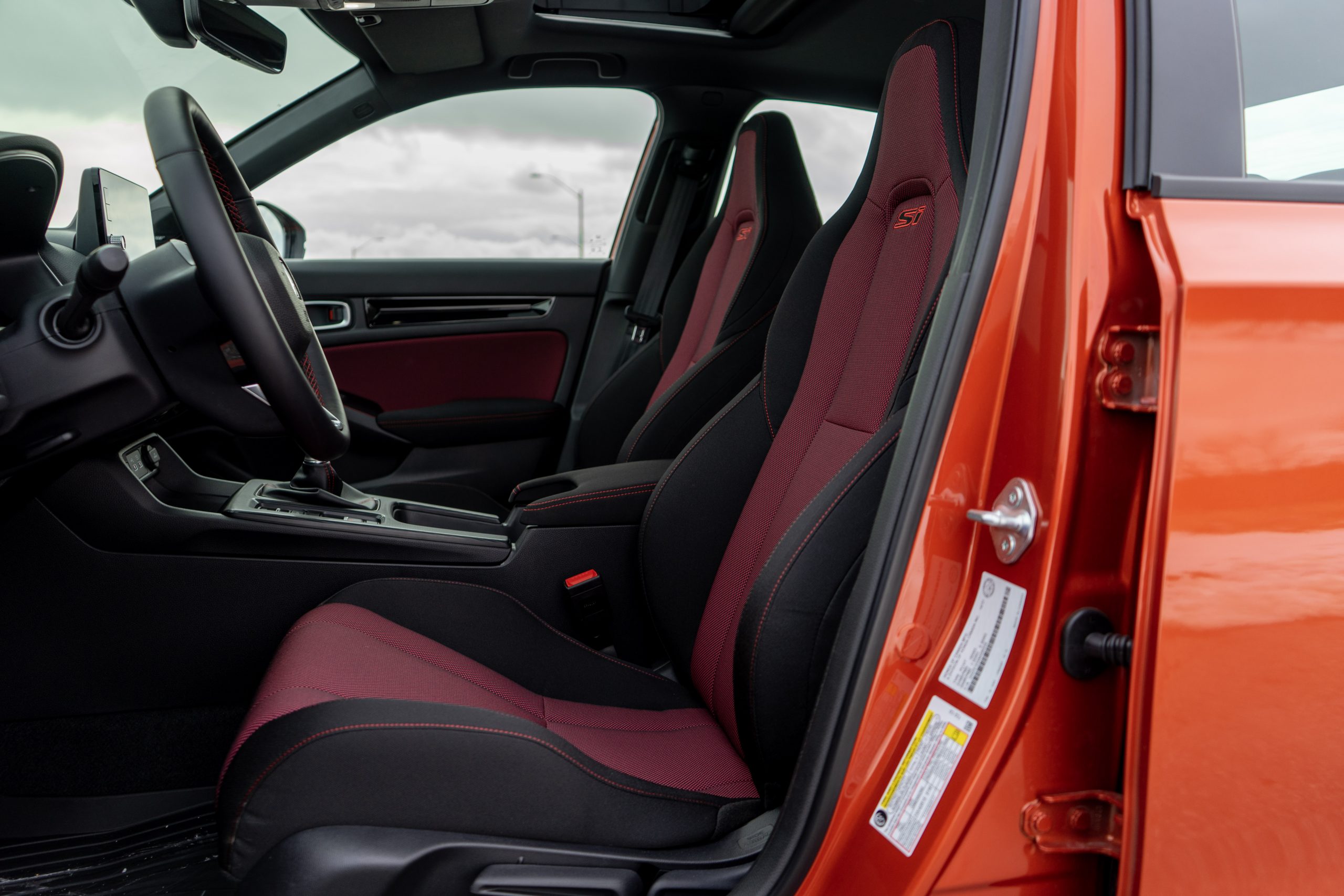 Honda took to heart the complaints about the last generation’s rev hang issues and has given the Si a lighter single-mass flywheel for better response. The 1.5 turbo has also been reworked to produce torque at a lower, more useful rpm, now 192 lb-ft ringing in at 1800 rpm and holding steady all the way to 5000. Horsepower is down by 5 but you’d never know it. If anything it actually feels quicker.

There are numerous updates to the suspension too: stiffer springs, new dampers, reinforced strut mounts, and thicker sway bars. The Si also benefits from a few components nicked from the Type R like stiffer front and rear compliance bushings, and upper arms and lower B-arms. Even the steering rack has been beefed up.

Like all fun cars, the Si, and its components, the motor, the gearbox, the suspension tweaks, add up to more than what they appear to be on paper. And let’s face it, that’s what the Si is—a fun car. It’s not a track car, and it doesn’t come with a coupon for a free Nurburgring tattoo. It’s meant solely to add a bit of joy to your every day, and there are very few new cars today that can do that. The Si is that car from the instant you hop in. It fits like a glove. Even on winter tires, there was a cheeky sense of confidence that’s been a Civic Si hallmark since basically forever.

The steering, like that in the Type R, is super quick and very precise with a heavier feel than I was expecting, although it does feel artificially boosted. When you floor it, there’s no torque steer, and in between shifts the revs drop faster than they did before, although this car still rewards a shifting style that’s less hurried. 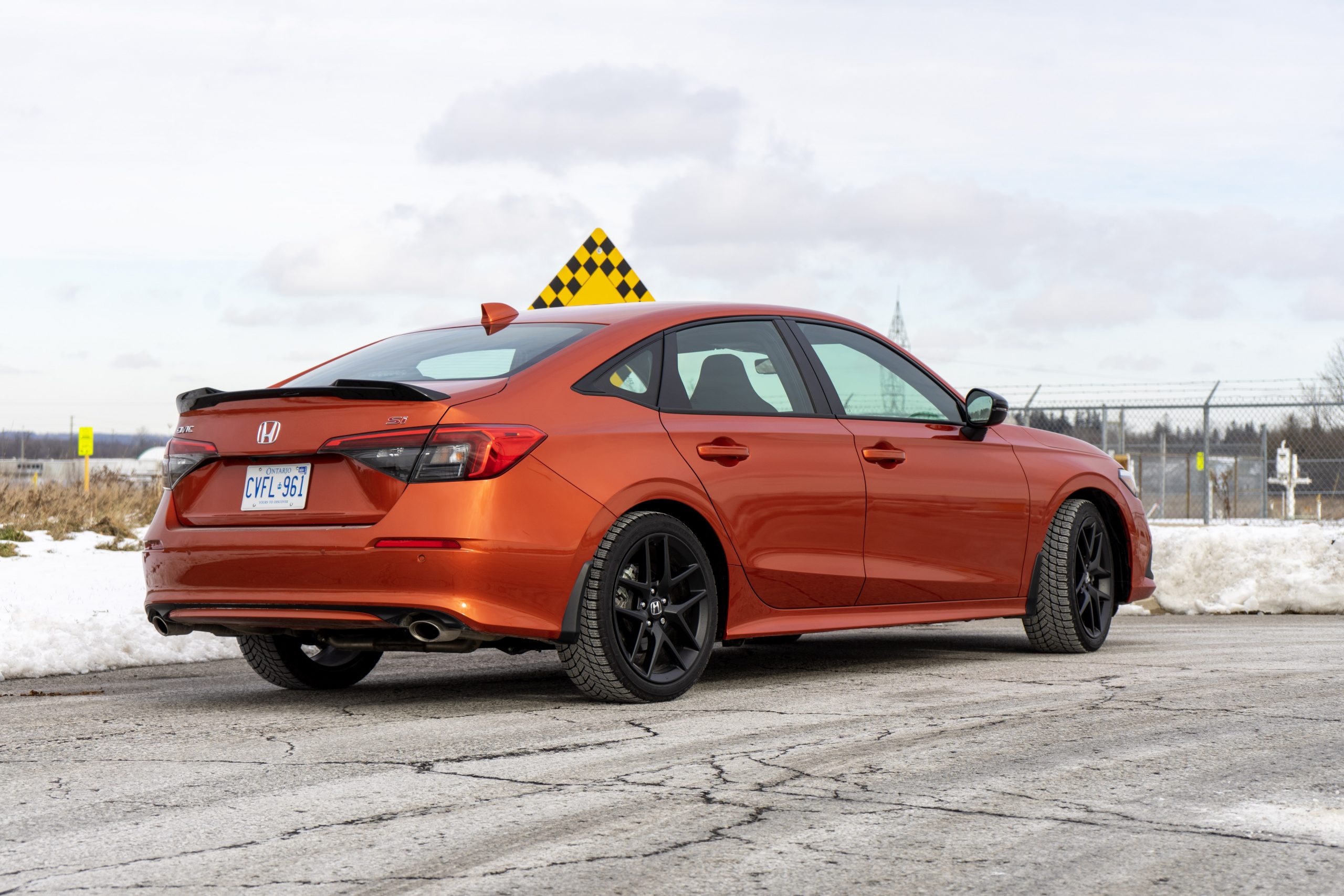 Running through the gears is distilled happiness. You get that old-school Civic fizz as the tach runs up to a slightly disappointing (for a Honda) 6500 rpm redline. Each upshift is met with a satisfying turbo surge. Rev matching like in the Type R is now a thing and it will do it on downshifts and upshifts. If you’re not a fan of that, you can just as easily turn it off via the infotainment system.

A drive mode selector lets you pick from “Normal”, “Sport”, and “Individual”. Each alters throttle response and steering feel. I left it in “Sport” for most of my time with it. In any mode, the Si is quick enough to be fun but not fast enough to land you in trouble and that’s exactly the combination you want on public roads. It’s also very efficient. Even with a heavy foot, I got a combined 7.1L/100 km over a mix of wintry roads.

Handling as you’d expect belies its humble front-wheel drive underpinnings. There’s only a small amount of roll, the brakes have excellent feel, and there’s very little understeer present unless you do something stupid. And thanks to that torque hitting a bit lower down on the scale, corner exits are very satisfying indeed. The whole car acts as a single piece, the shifter, clutch, steering, brakes, all complement each other. Even the ride is just stiff enough without being uncomfortable and on the highway, it’s planted in a way a Civic has never been. Driving the Si is a fluid experience. Even with fake engine audio pumped in it delivers a load of character that you just don’t get at this price point. 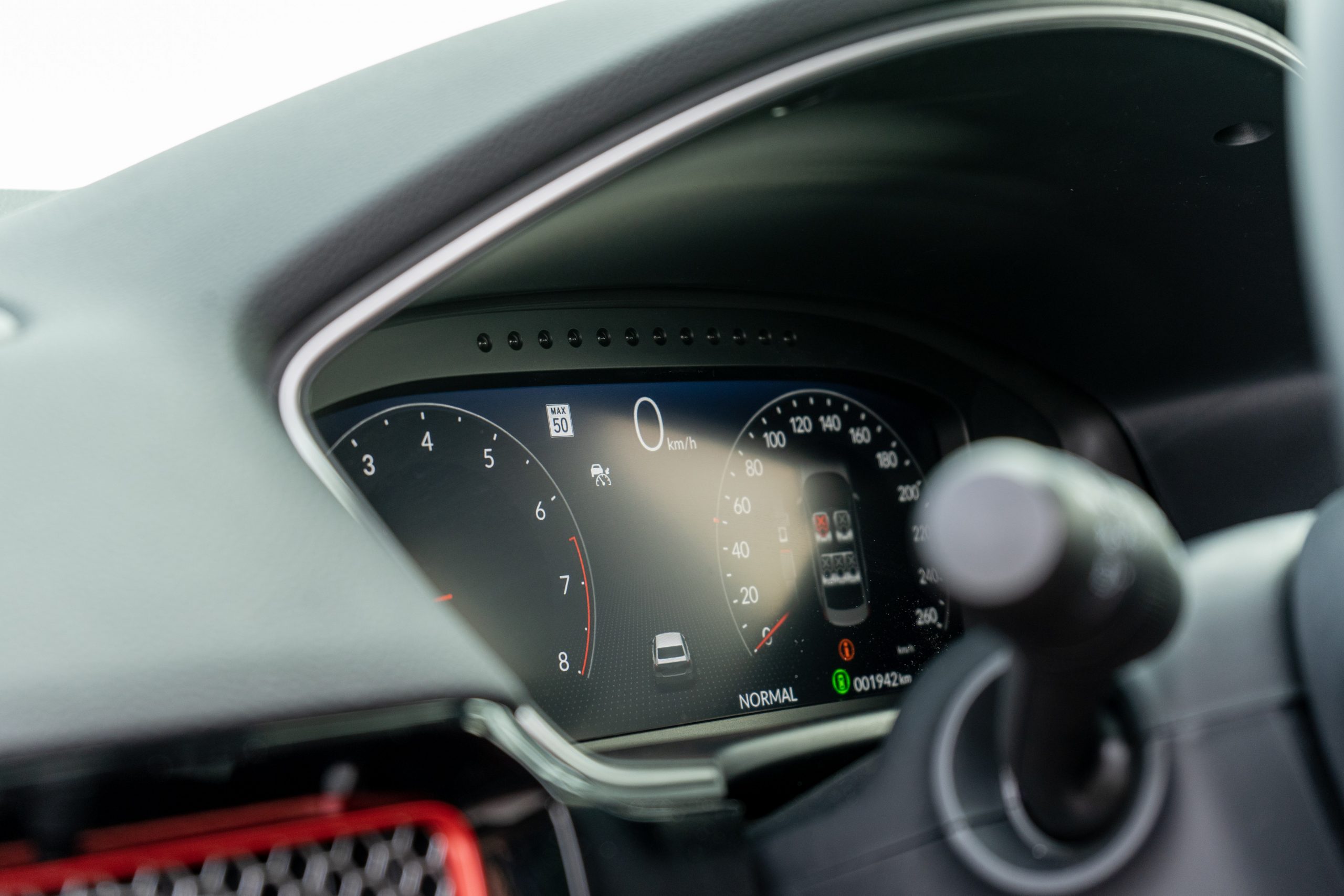 In Canada, the Si is priced at $33,150, a bargain for what you’re getting. It’s got everything you get in a “Touring” trimmed sedan minus the leather interior, and we even get things that the US market doesn’t, like a fully digital gauge cluster, heated seats, and a set of awesome shift lights that makes driving it more of an event.

There were few negatives. The backup camera got completely obscured by salt and grime about 5 minutes after I picked it up, and although this one’s more personal, I wish the Si came in hatchback form. Yes, the upcoming Type R will address that, but it will also cost much more.

This is a car I’d happily buy with my own money. On paper, the new Golf GTI has more power and that hatchback configuration I desire, but I will reserve comparing the two until I can get my hands on one. For now, the Si is something to be celebrated. It’s a manual-only beacon shining brightly in a world dominated by crossovers and for the driving enthusiast, it doesn’t come much better.