The 2021 Volvo S90 Recharge sits low and lithe, and is a far cry from boxy Volvos of old.

Join the Conversation (0)
For 2021, the “Recharge” name arrives in the Volvo line-up, representing the latest step for the brand towards getting one million electrified cars on the road by 2025.

In 2021, “Recharge” has a couple of meanings – it can mean fully battery-electric, as is the case with the 2021 XC40 Recharge small crossover or it can mean plug-in hybrid (PHEV), as seen here with the S90 T8 Recharge sedan.

It is available only as an Inscription trim, meaning fully-loaded and starting at $76,050. My tester, however, has a host of options that run the price up to just under $90K, which is no small price to pay.

Some of the features added are: massaging front seat and ventilated rear seats; power operated trunk; HUD; rear air suspension; heated steering wheel; 360-degree parking camera and more. Most of that stuff I can understand having to pay extra for, but to have to pay extra for a heated wheel in a top-trim car in Canada that starts at over 75 grand? That’s a little on the rich side.

The Recharge is a real Swedish smorgasbord, though, when it comes to its powertrain. It’s not just turbocharged, not just supercharged and not just EV-powered – it is, in fact, all three of these things. They combine to offer 400 horsepower and 472 pound-feet of torque, fed either to the front wheels, the rear wheels, or all four wheels. 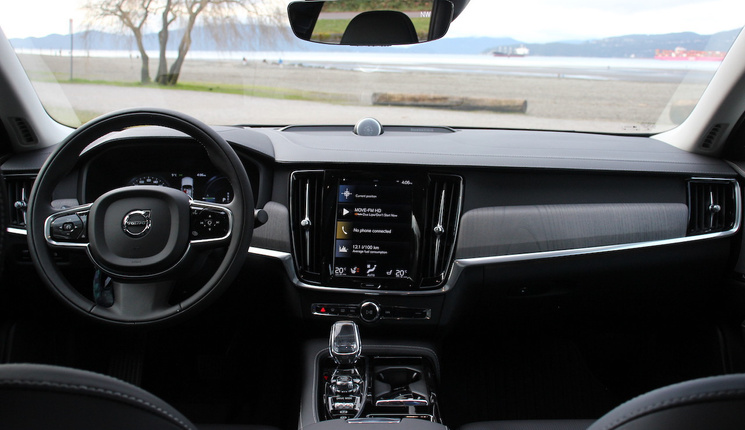 The S90 doesn’t have your typical AWD set-up in that there is no driveline from the engine to the rear wheels. Instead, the rear axle is powered by its own 87 hp motor, so there’s your AWD. There’s also your RWD, too, because when in full-EV mode (which Volvo says is good for 34 km), only the rear wheels get power. The gas engine, meanwhile, will send power to the front wheels and to the front wheels only if the battery is depleted. You can let the computers decide for themselves how to power the vehicle, or you can select from four different drive modes that prioritize certain elements; Pure mode, for example, keeps the S90 in full-EV mode if you have the juice. Hybrid mode optimizes fuel economy and Power mode makes use of both the gas engine and EV motor but also quickens gear shifts and stiffens up the suspension.

All that tech – and the weight it adds -- could have gotten in the way of the drive, but truth be told, it really hasn’t. It should come as little surprise that the S90 drives smoothly – it’s a flagship Volvo, and Volvos, if nothing else, are very smooth-riding cars – but what the super- and turbocharging do is make for a very smooth power curve. The supercharger gets things going at low revs, while the turbocharger steps in as revs climb. Add the EV power on top of all that, and you have a big sedan that can hustle, and do so fairly efficiently (I saw 9.4 L per 100 km during my test) while it’s at it.

Speaking of the range: 34 km is fine, but I rarely saw more than 23 km or so on a single charge. It was a somewhat cold test week, though, which is going to affect range and being a PHEV, you can plug-in every night and assuming you have a short commute, you could very well be driving in EV mode almost all the time. That’s the beauty of a PHEV and the S90 goes the extra mile by providing both a “Hold” and a “Charge” mode for the EV system. 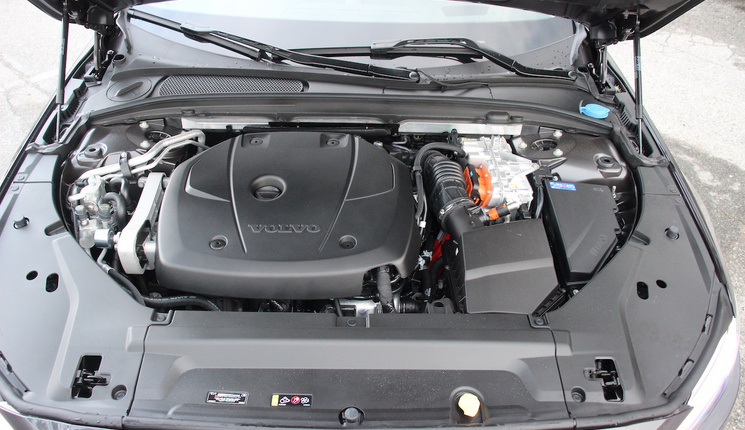 I just wish it wasn’t so hard to get to both the EV controls and a number of others, including the lane-departure system, cross-traffic alert and so on. All of that is accessed through the vertical nine-inch infotainment display, but you have to swipe left – I think – from the main screen, then navigate a text-heavy display that tends to pull your attention away from the road ahead more than I’d like.

One thing I don’t mind admiring, though, are the interior accoutrements. All the materials are of top-notch fit and finish, the Orefors crystal shift lever fits the environs well and I love the Bowers & Wilkins audio both for its sound quality and just how slick its speakers all look, punctuated by a roundel atop the dash. A little unsure about the start/stop joystick, though; it’s finicky in its operation, it seems like it might break and a button would just make more sense.

This is one comfortable car, though. The front seats are adjustable a number of ways and the massage feature is nice to have but the real story – the real story – is actually the back seat. It is a massive place to sit with limo-like legroom and a centre armrest that’s big enough to make it almost seem like the rear seat is actually two separate buckets as opposed to a single bench. Rear seat occupants also have their own controls in addition to heated seats – and if speced – cooled seats as well. 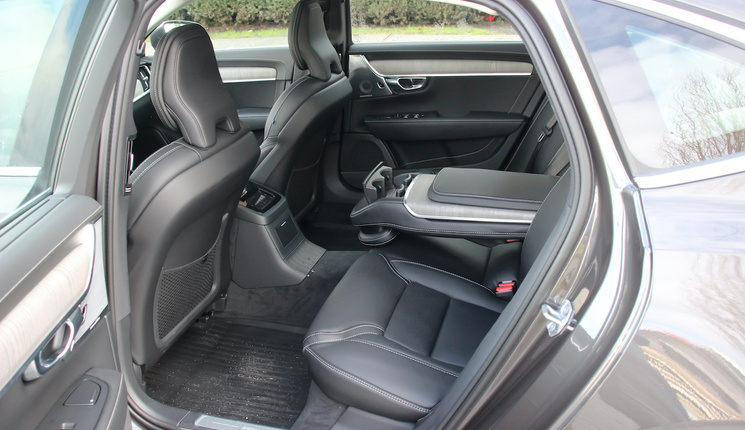 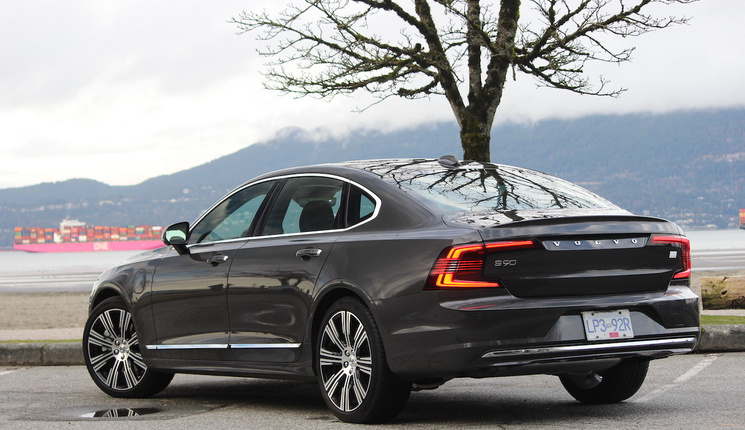 Better still: even with all that room back there, the trunk measures 500 litres, more than enough for your wares and the charge cable with its very Swedish-chic carry bag.

The real star, though, is the powertrain. It’s a well thought-out PHEV and the added super- and turbocharger rounds everything out and shows that Volvo has delivered a flagship sedan that’s not just about the high-techniness of its EV elements. It’s a car that can provide a fun drive, too.