Join the Conversation (0)
With the discontinuation of the VW Golf and Golf Wagon in Canada, we lost one of the best compact cars to grace these shores. As sad as that may seem you’re not going to find too many losing sleep over it as there are about a thousand crossovers to take the Golf’s place, including VW’s own Taos.

Such has been the fate of so many good vehicles, lost forever and replaced by cute-utes that are less aerodynamic, less efficient, and nowhere near as good to drive.

But there’s still hope, and those struggling with the gaping hole left after the demise of the “people’s car” can find some comfort knowing that vehicles like Kia’s Forte5 are still available and fill the chasm quite well. 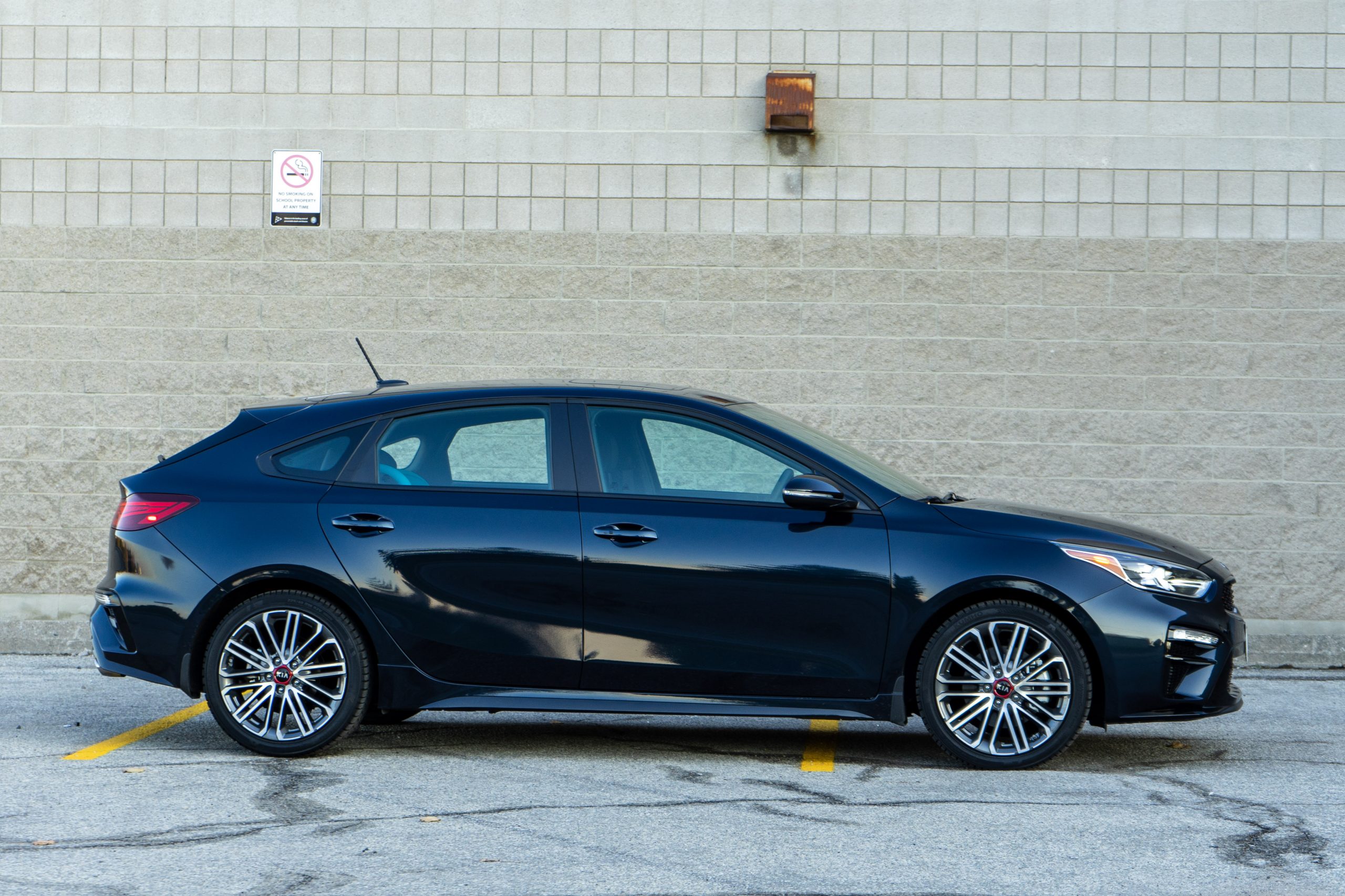 While the Kia Forte is a common sight, its 5-door sibling is much less so. Canadians seem repelled by hatchbacks unless they’re installed on the back of a crossover. Americans hate them even more and Kia doesn't even bother selling them south of the border. Strange as there's a lot more space under that hatch than in most sedans, and it just looks nicer.

That makes this Kia unique to our market. Even better, Kia has chosen to equip it with a manual transmission on the mid-level GT trim, and that’s excellent news as it’s paired with a 1.6-litre turbocharged 4-cylinder, the more powerful of the two available engines. It’s good for 201 hp and, more importantly, 195 lb-ft of torque available from just 1500 rpm. If you don’t want to shift your own gears, an optional 7-speed dual-clutch automatic will help you out for $2000 more. Base Forte5s make do with a naturally aspirated 2-litre 4-cylinder producing 147 hp and paired only with Kia’s IVT (CVT).

Normally, if you want an affordable car and also want to row your own gears, you’re left picking between base models that come only in a dull shade with scratchy cloth seats and nothing you actually want, but Kia has decided that driving enthusiasts are people too and also want nice things. 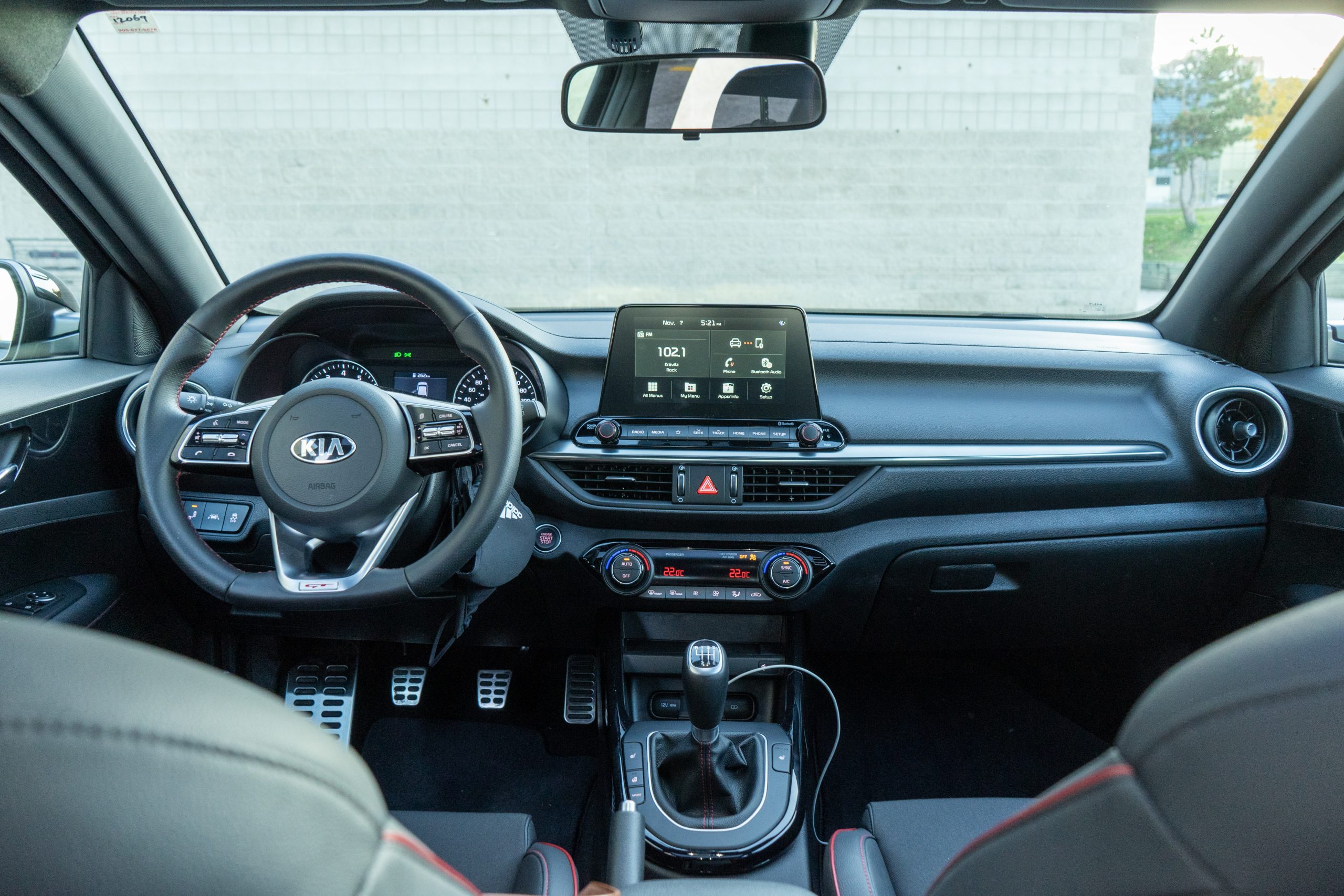 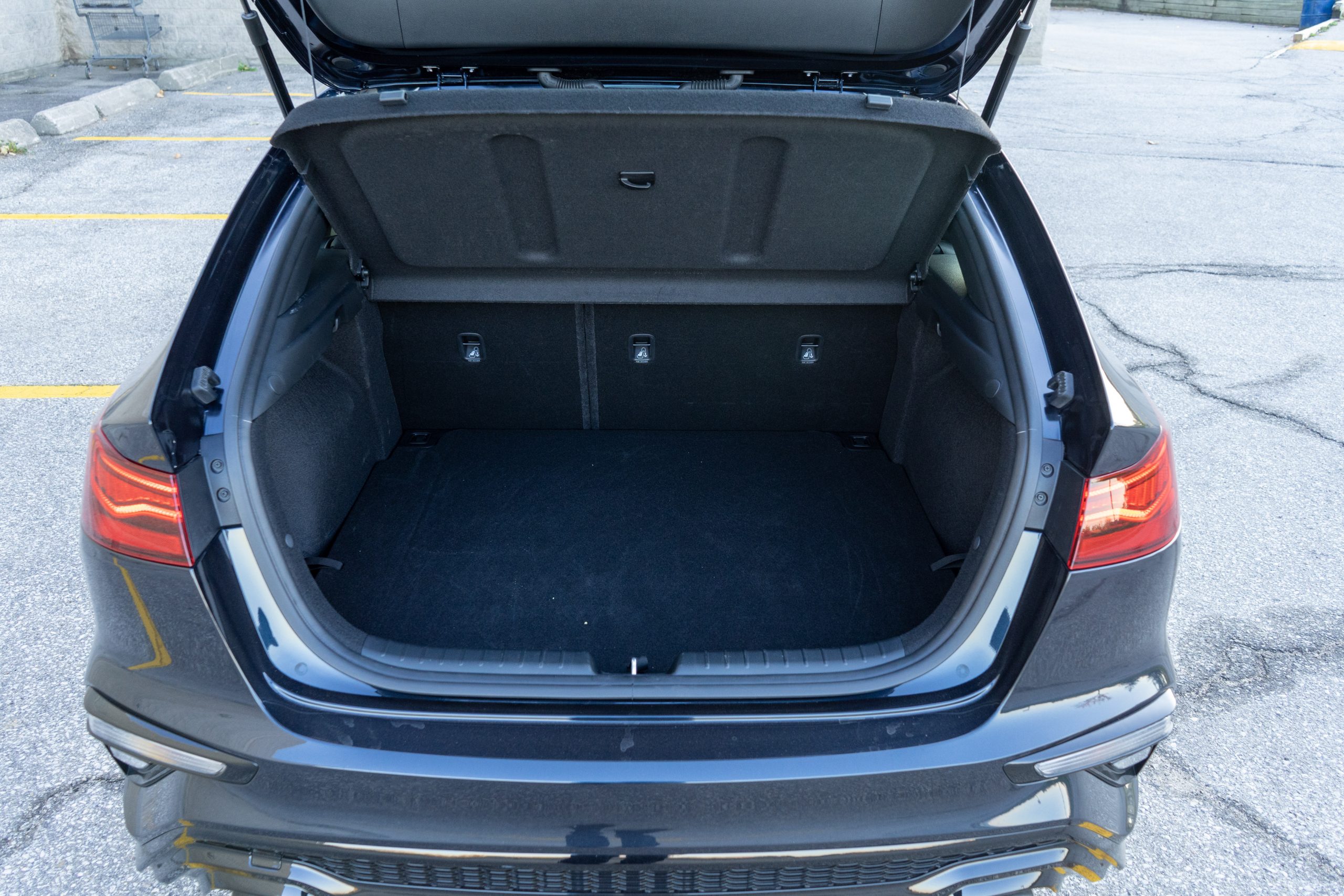 In that respect, the Kia Forte5 GT packs a ton of kit under its attractive long roof. For a reasonable $25,895, it gets LED lighting, heated seats and steering wheel, sport seats upholstered in a combination of leather and cloth, dual-zone climate control, an 8-inch infotainment touch screen, keyless entry, push-button start, and all the major safety and driver aids like blind-spot monitors, lane-keeping assist, forward collision-avoidance assist, rear cross-traffic alert, and a driver attention warning system.

You have to spend at least $31,000 before you can get a heated steering wheel or aluminum pedals in a Civic Hatchback, and at least $35,000 to get leather seats and a wireless phone charger. A comparable Corolla hatchback is just over $27,000 and feels significantly less powerful. The Kia doesn’t just have more stuff it’s also a much cheaper alternative and from behind the wheel, it’s hard to see what’s missing.

You might think that the driving experience is lacking in some way but the Forte5 is a giggle. The steering, which is a tad too light by default, firms up just enough when you press the sport button to the left of the shifter. That button also boosts the throttle response giving the Forte5 that eager feeling you’d associate with a plucky hot hatch. 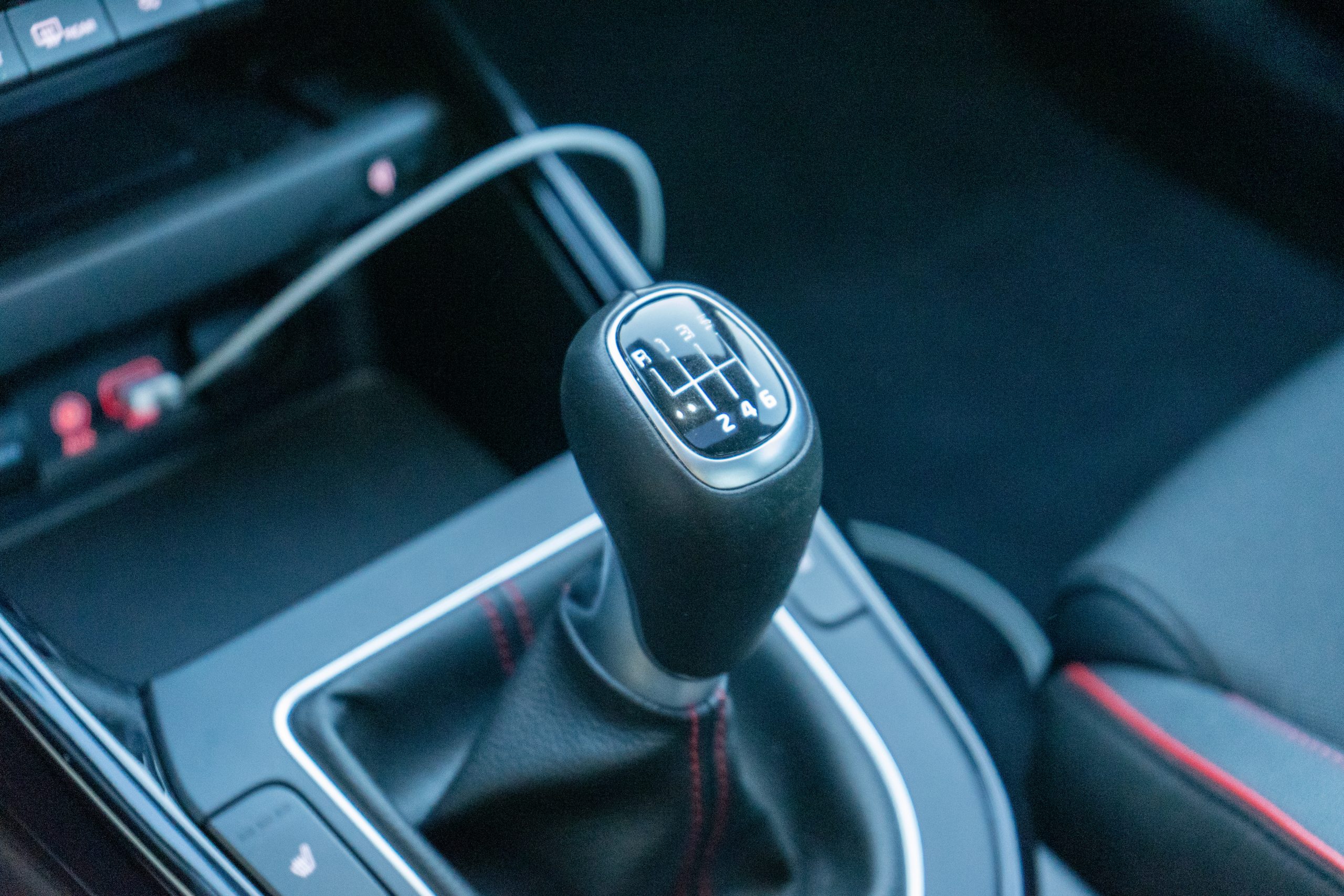 While the shifter itself feels a bit artificial, the clutch pedal has good feel and is a piece of cake to modulate. The little 1.6 is an eager revver and emits a satisfying thrum as the tach sweeps past 2500 rpm. There’s also enough power for passing slower cars with just a slight press from your big toe, and around town, the low rpm turbo torque keeps shifting to a minimum.

There’s a bit of expected body roll when pushing hard through the corners and it doesn’t feel as satisfying to flog as a Golf GTI or Civic Si but the Forte5 was always competent, quiet, and refined. 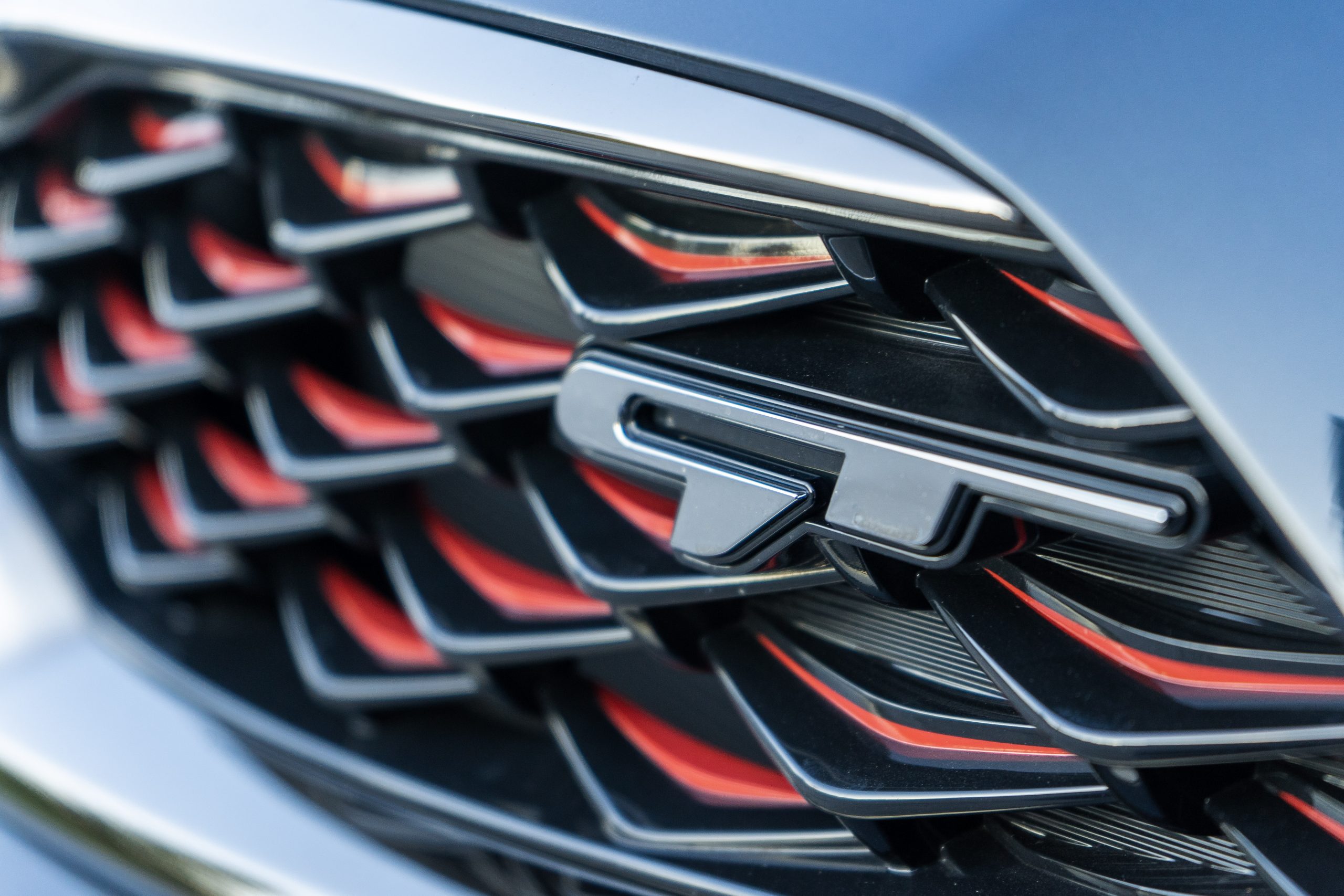 Really, its biggest issue is that the Civic Hatchback exists. Yes, the Honda’s more expensive but it has a much nicer interior with much more room for rear-seat passengers and is more fun to drive. The Kia’s dash uses a lot of hard plastic and sports a bland design and even though it has more power it doesn’t feel appreciably quicker. Buying one will also have to come with a disclaimer for your friends and family who will undoubtedly question why you chose a Kia instead of Canada’s best-selling car.

But that’s something you can keep to yourself, as you don’t have to explain your choices to anyone. You don’t have to let people know that you just saved a ton of money buying a car that flies under the radar. A car that is practical, stylish, easy to live with, and a lot of fun to drive, especially when equipped with a manual transmission.

Compact cars aren’t easy to make and so many never catch on. Look no further than the Dodge Dart for proof. The Kia Forte5 is an excellent compact car, and if you’re considering a Civic or Corolla, you absolutely owe it to yourself to check out the Forte5.