Mustang with a Bullitt

Join the Conversation (1)
The sound alone is enough to make you want to possess the 2019 Ford Mustang Bullitt.

Growing up in Detroit/Windsor during the rise of the Pony and then the Muscle Car eras, I don’t remember any of them sounding this good, with the possible exception of a friend’s 1965 Plymouth Satellite Sebring two-door hardtop with a 440 cu. in, six-pack V8.

There has been a lot of ballyhoo leading up to the Mustang Bullitt and it was well deserved.

Of course, it’s all centred round the romance generated by the 50-year-old chase scene in the Hollywood movie, Bullitt, starring the enigmatic Steve McQueen.

That scene has resonated down over a half-century, with a guy pulling up beside me as I refueled the car on the day I returned it, telling me how much he still remembered the chase, as if it was yesterday.

And in many ways, this is what the 2019 Mustang Bullitt is all about. 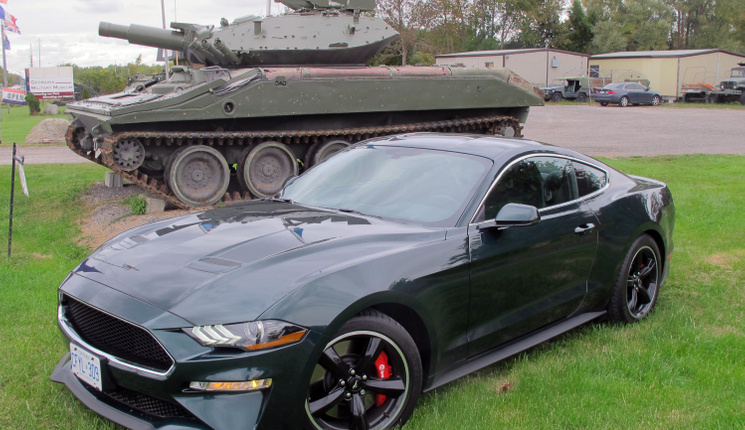 As big and brash as it is aural, this car is hard to ignore on any plane.

Quick yes, but nothing compared to the “sleepers” that prowled the streets of Detroit back in day, such as a friend of mine’s 1958 Oldsmobile with a Cadillac V8 bored out to 500 cubic inches with an estimated 470 hp on 110-octane aviation fuel.

Interesting, because the 5.0-litre V8 in the 2019 Bullitt pumps out 480 hp and 420 lb/ft of torque. The engine was retuned with the intake manifold from the mighty Shelby GT350 and an Open Air Induction System with an impressive looking filter in its own sectioned-off air box in the engine bay.

The driver also has the ability to control the exhaust sound in Normal, Sport and Track. The note can also be turned down to Quiet Start – but why would you?

The day I picked it up, I should have gone to work. But after hearing the bark of the exhaust, I aimed north for a drive and didn’t get home until mid afternoon. 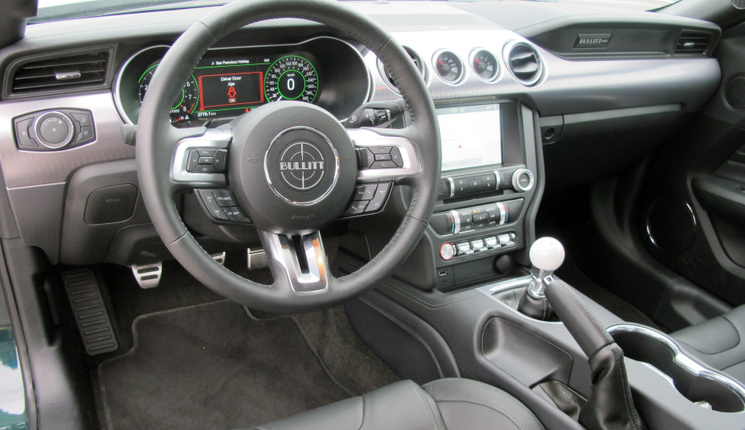 Initially I had problems with the clutch pedal, which placed the brake a little too close for my feet.

But after adjusting with my left foot to suit, it wasn’t a problem.

A six-speed manual is the only transmission available – thank the gods and engineers back in Dearborn.

And the clutch was not heavy as I expected, but the “bite” was at the top of the pedal, which didn’t bother me, but I know another person said he found it odd.

Acceleration was instant and so was braking – thanks to the red-painted Brembos that filled the 19-inch blacked out alloy wheels.

The best part was learning to raise and lower the exhaust note by feathering the gas pedal to the point it was like playing a musical instrument. 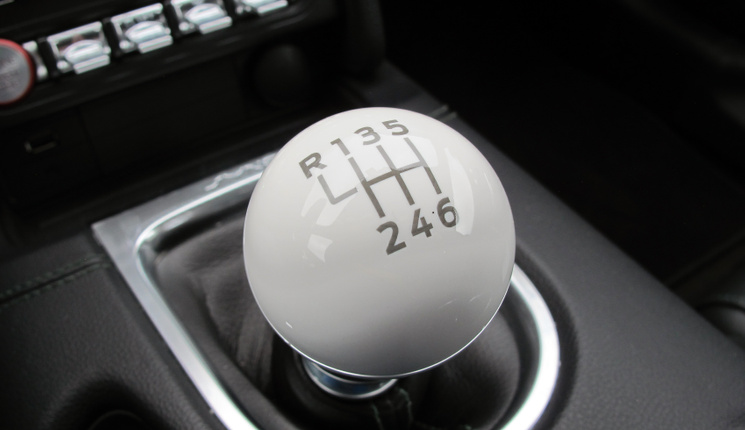 Or when gliding up to a stop with the clutch disengaged and giving the engine a big blip or two, which attracted a lot of attention.

Available in Shadow Black or Dark Highland Green (as was the original movie car) the interior is a rich mix of leather seating and trim punctuated by green stitching and an aluminum dash piece with a vehicle number on it.

Options are few, but Ford of Canada made two of them standard starting with the Bullitt Electronics Package which includes navigation, B&O Play audio by Harman, blind spot alert and cross-traffic alert systems. The other is the MagneRide semi-active suspension system.

The one exception on my tester was the optional Recaro Ebony Black leather seats ($1,800) with green-tinted “Recaro” embroidery and accent stitching.

No power seat adjust here; it's manual levers and slides.

And you have to love the white, cue ball knob atop the stout shifter lever. It looks perfect and, in real world driving, it still accommodates the human hand best. 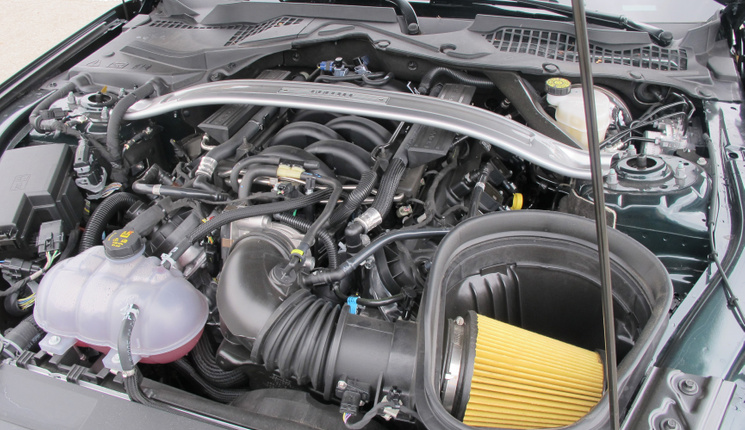 When you fire up, the largish, 12-inch digital main instrument screen flashes the Mustang Pony logo as a greeting before settling down to business.

I’m not a digital dash fan, the one thing I liked was there was a large number indicting what gear I was in and, thankfully, no irritating upshift arrow. This is Bullitt, you know, not an econobuggy.

And on the outside there are no garish stripes or die-cast emblems – just a “Bullitt” badge on the rear valance panel looking like a big gas cap (real filler neck on the driver’s side rear) and on the steering wheel. 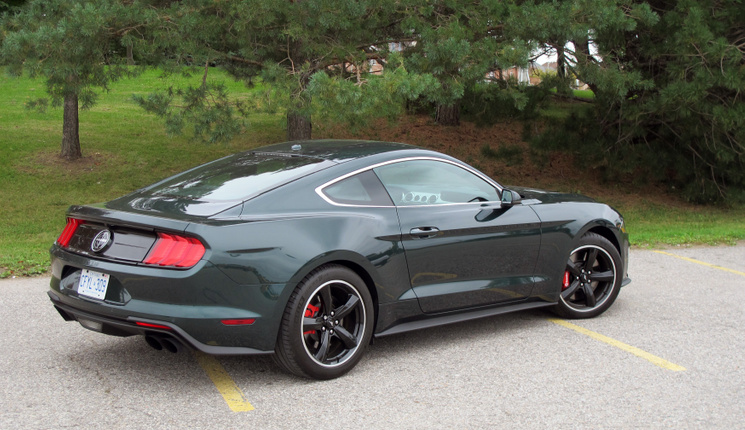 One of the advantages of the exhaust, besides the sensory, is as the revs rise so does the sound, which is an auditory reminder this coupe is capable of 262 km/h (163 mph).

And then there’s the other main reason for buying the Bullitt and that’s price.

You could pay a hundred grand for a German performance coupe with similar power and prowess, but the 2019 Bullitt as tested here starts at $57,525. With the one Recaro seats option and $1,750 destination fee, the grand total was $61,650.

Talk about bang for the buck!