Join the Conversation (0)
Almost a half century ago (1970), the Range Rover was introduced to the world as arguably the first-ever luxury sport utility vehicle (SUV).

Yes, there was the Jeep Wagoneer that bowed in 1962. It was high on utility, but marginal in terms of luxury.

And then there were a smattering of small-volume competitors such as the intriguing V12 Lamborghini LM002 (1986) and subsequent LM004, but the Range Rover was the standard by which all others are judged, and in many cases still are today.

The Queen enjoys her’s at Balmoral, as do a vast number of royals and others who see the Range Rover as the perfect “gentleman’s express” to crossing Europe, the middle East and of course, North America.

From the original Range Rover, the brand has proliferated into the Evoque, Discovery and Velar with different personas, but with the guarantee of go anywhere over any terrain and get there in style is still the hallmark of the brand.

The Range Rover main model lineup now consists of four trim levels, including the HSE TD6 diesel starting at $113,000, the subject of this week’s review. 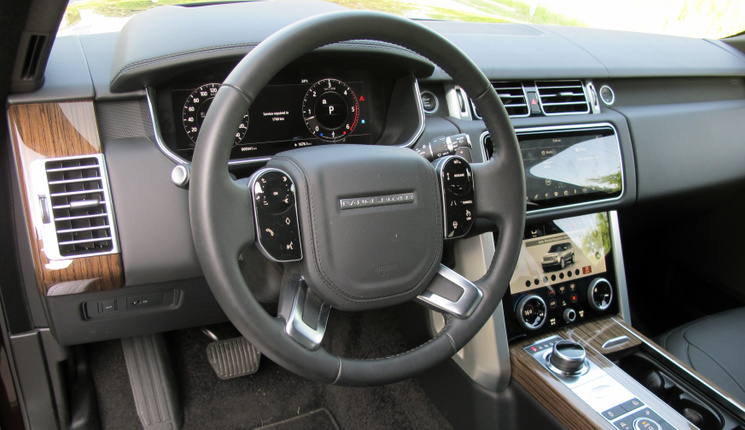 Despite the recent negative news about VW’s “Dieselgate” fiasco, there is no denying the efficiency inherent with diesel technology.

Downtown Windsor to Yonge Street, Toronto, on a half tank is good for any vehicle, but it’s also enjoyable when you’re at the wheel of the 2018 Range Rover TD6.

Over the course of just under 2,000 km, the diesel-powered TD6 took everything in stride, from cruising through the neighbourhood where I grew up to threading my way back to Toronto in one of the worst driving conditions I’ve ever witnessed on Highway 401.

At the core of the TD6 is a 3.0-litre common rail turbo diesel engine pumping out 254 hp and a healthy 443 lb/ft of torque mated to an eight-speed automatic transmission with Range Rover’s bespoke four-wheel-drive.

Navigator Reserve takes Luxury to the next Level

Seating for the driver is high to give a commanding view of the road around you, which proved a boon on the drive from Windsor.

Being able to know where the four corners are on a vehicle this large just can’t be done with an ordinary sedan, which is another reason why consumers are flocking to SUVs.

Instrumentation is excellent, with a flat-faced instrument panel with a big steering wheel – all of which combines to make you feel like you’re in command of a yacht, which is one of its endearing features.

On the centre stack are two, 10-inch touchscreens with the upper controlling system settings, phone, navigation, camera and parking assist. 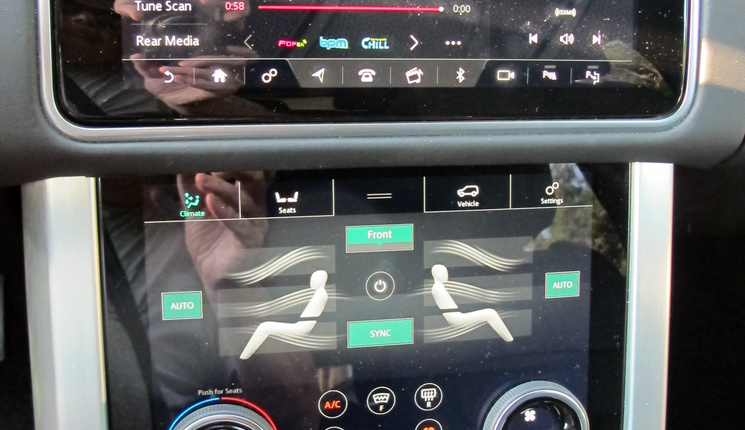 The lower controls climate control, climate and massage seats and Terrain Response/Driver features along with “Widget” features, which can control certain phone and media controls.

And then there are no less than seven Terrain Response settings – Rock Crawl, Sand, Mud/Ruts, GCS, Eco, Dynamic and Comfort, which is the default.

If you're ever owned a diesel in the past, one of the drawbacks was waiting for the glow plugs to heat up the cylinder before initiated the ignition process, especially in winter.

That’s all gone now and the TD6 starts on the button and moves off without lag of any kind, which is good for any turbo, especially a diesel.

On that construction-bedevilled drive back from Windsor, things weren’t all that bad – at least on the inside.

I was seated on 20-way heated and cooled seats with a broad sill on the driver-side window, which made it like a great, leather armchair.

While I had both hands on the wheel at all times because of difficult traffic conditions, the adaptive cruise and lane keeping was reassuring to have in play as backup.

Finished in dark Russello Red with huge panoramic, power sunroof, I was surprised how many truckers in their big rigs gave an approving nod as we inched along together between Chatham and London.

Range Rover scrimps on nothing and that includes a full spare tire easily accessed under the cargo floor which, to me, is a major buying decision maker.

Getting stranded at the side of highway with a flat in the heat of summer or the dead of winter with nothing to show but an inflator kit gives me the chills.

Not only does the TD6 have superior range over most if not all of today’s full-size SUVs, it is one of a handful that can get you from coast to coast, not just on the highway, but across any terrain you might encounter. 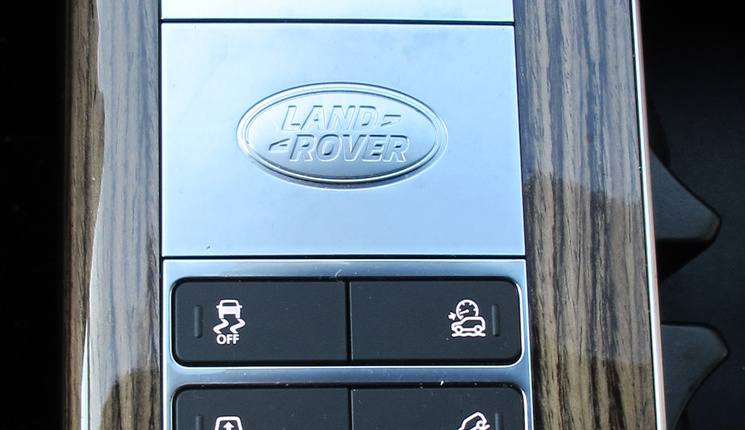