Intelligence and performance in a luxury package

With semi-autonomous drive engaged the driver of the E-Class can take his/her hands off the wheel and let the car do the steering. As well, it does autonomous braking if the sensors detect the possibility of a collision.

Join the Conversation (0)
OTTAWA, ON: Mercedes-Benz calls the 2017 E-Class luxury sedan a “Masterpiece of Intelligence” and it is all of that.

The new E-Class abounds in safety and driver aids, some of which have already been seen on Wheels.ca (see Mercedes Pink Noise), but the one grabbing all the attention is semi-autonomous driving.

You’ve seen the Mercedes TV commercial where the driver takes his hands off the wheel and lets the car do the steering.

For it to work, there must be a road line on the left and right of the E-Class so the radar and cameras use the lines and road signs to reference where the car is. For instance, if the road is covered with snow or there are not enough signs, like on the Prairies, it does not work.


During the morning portion of the 2017 E-Class introduction in Ottawa, we drove out to the Calabogie area to test the system and it worked just fine on Highway 417. 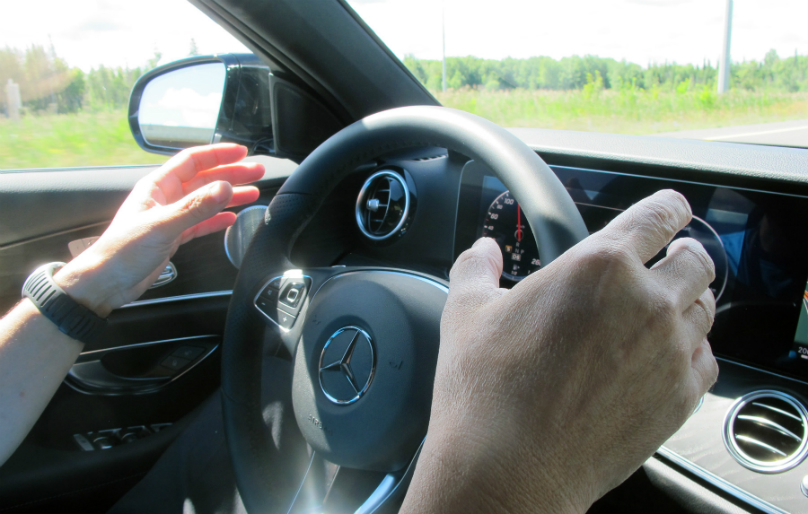 Mercedes had suggested we follow the route they laid out, but my driving partner and myself took the most direct routes to the various stops along the way. Here the system was a hit and miss thing with the system working sometimes on and then off.

In a different car in the afternoon, it worked perfectly, so I’m chalking it up to something we did, not the car such as roads without a white line on the right.

But the good news was just about everything on the E-Class worked splendidly, starting with Air Body Control. It is a multi-chamber air suspension system which works with the shocks to give different damping rates at each wheel so the E-Class remains stable and glued to the road even when cornering at speed. 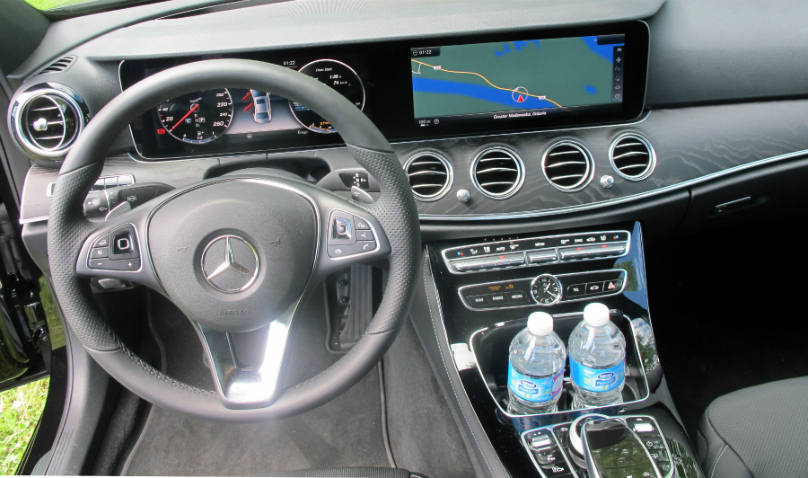 At speeds above 125 km/h the body lowers 15 mm, or at low speeds, it can go up 35 mm for increased ground clearance.

This is all controlled by a rotary dial and touch pad on the centre console that does hundreds of things with layers and layers of information that must be experienced to be appreciated.

One of its main functions is called Dynamic Select and it allows the driver to adjust the engine, transmission and suspension through five modes – Eco, Comfort, Sport, Sport+ and Individual. 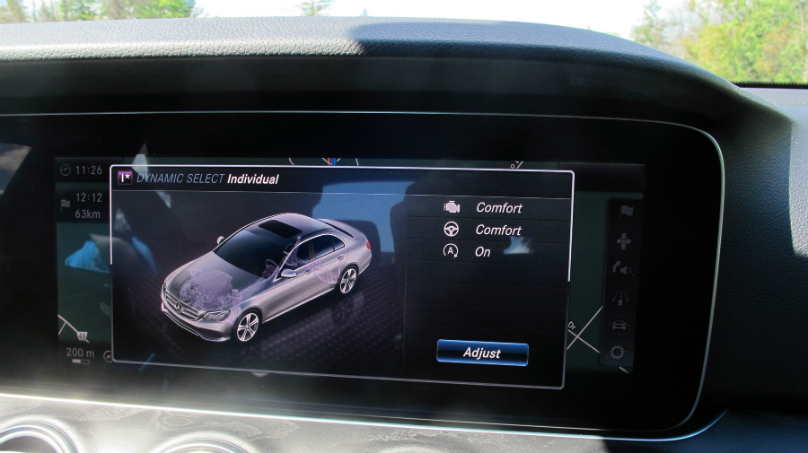 My co-driver simply couldn’t keep his hand off it, changing the ride parameters every few minutes altering the chassis demeanour of the E-Class at a variety of speeds and road surfaces.

There is so much more but I only have so much space, so let’s get to the new E-Class that is 43 mm longer with a 65 mm increase in wheelbase for more back seat legroom and a coupe-like shape that is nonetheless unmistakably Mercedes-Benz. 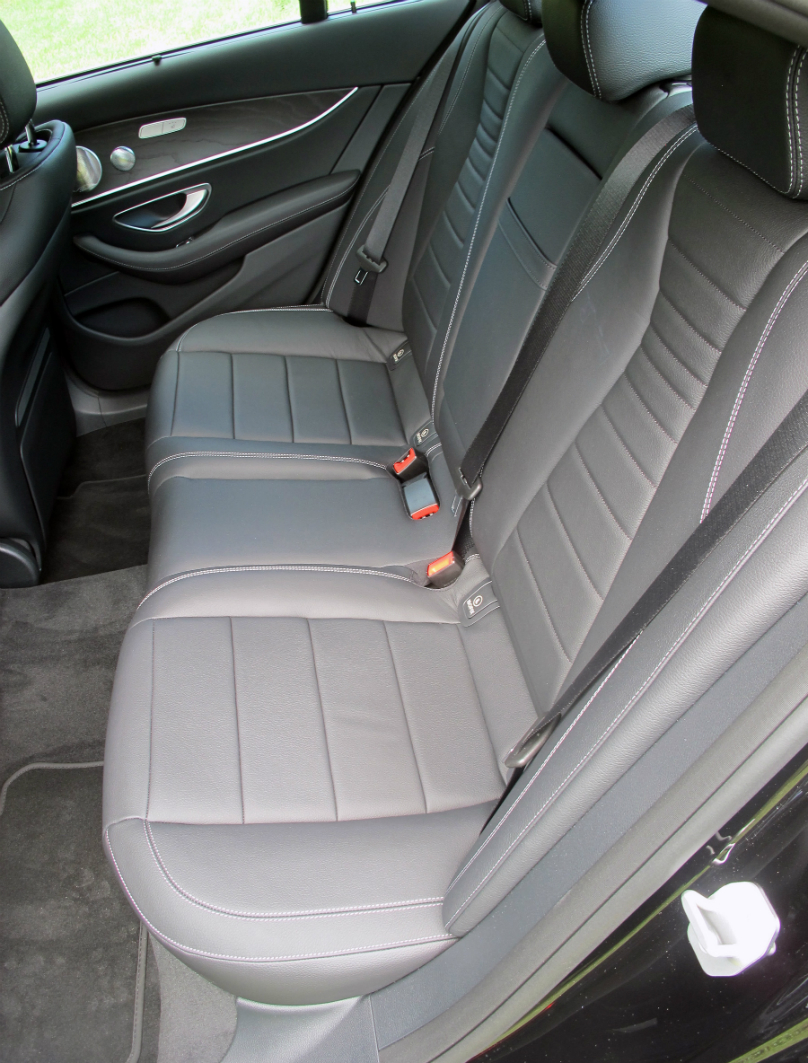 They are mated to an all-new nine-speed transmission, the first of its kind in the premium segment and featuring stop/start technology to reduce fuel consumption especially in the increasing number of long traffic jams we are seeing. 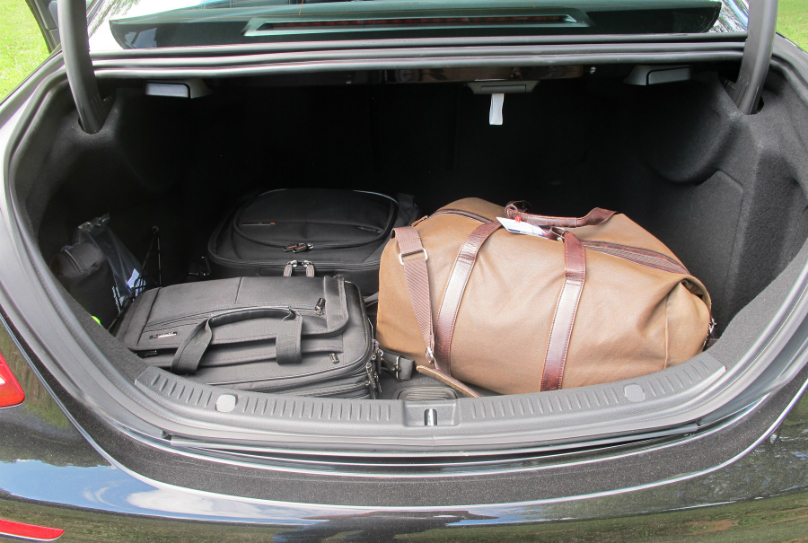 The Mercedes 4Matic permanent all-wheel-drive is standard and one of the best in the world.

You expect an E-Class to have an impressive, top calibre interior, and it does, but what stood out to me was the instrument cluster and infotainment/performance screens both 12.3 inches wide for 24.6 inches total information presentation able to offer data in Classic, Sport and Progressive modes. 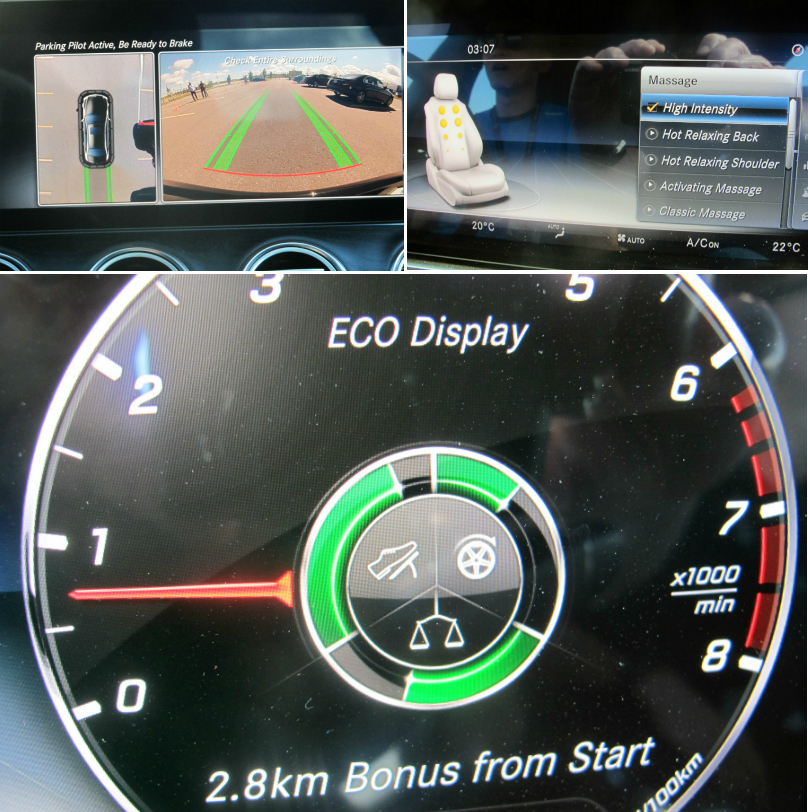 Depending on model, there are 15 different choices of seating materials and 10 trims.

And for those who want the interior to be more than just seats and dials, the LED ambient lighting system has 64 selectable hues.

There is the Air Balance package with a choice of four interior fragrances and air quality that can be improved with oxygen ionization and filtering of incoming or re-circulated air.

Or, if you want a little tenderness, you can use the touchpad to dial in a massage of varying intensity and that includes the driver’s seat, which my co-driver had on constantly because of a bad lower back.

But getting back to semi-autonomous driving, as you are reading this I will be driving the new E-Class Wagon and will try it again to see if I can do a better job of it.

RELATED: Autonomous vehicles are closer than you think


I’ve always said the ideal car to drive across our country is an E-Class, so just imagine doing it semi-autonomously.

Now wouldn’t that be a story? 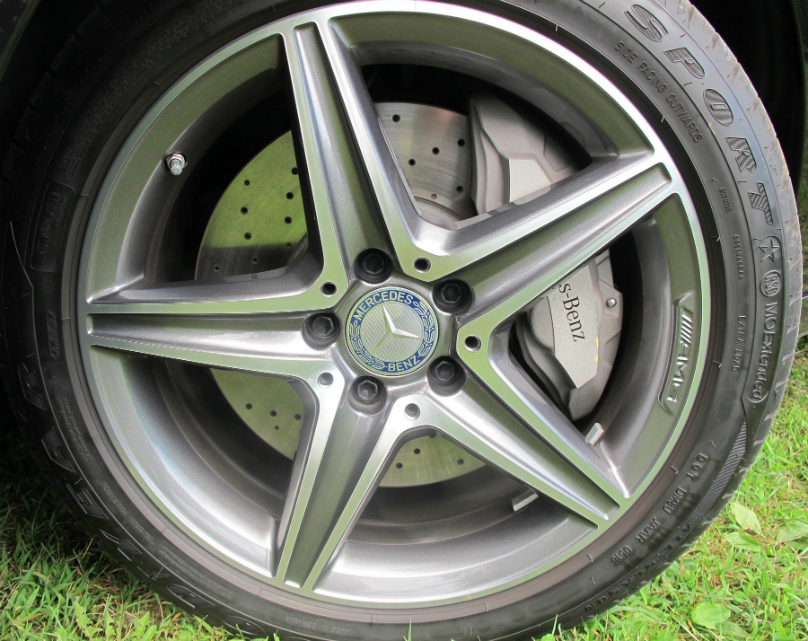