After a decade of driving how does a tired, slightly furry WRX hatch stack up to a new one?

Join the Conversation (0)
It has bulky plastic fender flares, a CVT, the engine from a three-row crossover, and just six horses more than the car made a decade ago. Can the 2022 Subaru WRX really stand up to the legends that wear its name? We've brought a widebody WRX hatch from 2012 along to find out.

Let's start with the latest WRX. Built on Subaru's latest and greatest platform, it's an impressively rigid place to start. To those bones, Subaru adds what it calls a "track-tuned" suspension, which is a bit of an odd choice for what has always been a rally car. It still has Subaru's typical long travel for those dampers, of course, but it's a big change.

Under the hood is a version of the company's 2.4L boxer four. The turbocharged engine makes 271 hp and it makes 258 lb-ft of torque. Importantly, it makes all of that torque from 2,000 all the way to 5,200 rpm. Thankfully, Subaru has made sure that the car has a manual transmission standard. The alternative is a CVT, optimistically called "Subaru Performance Transmission." 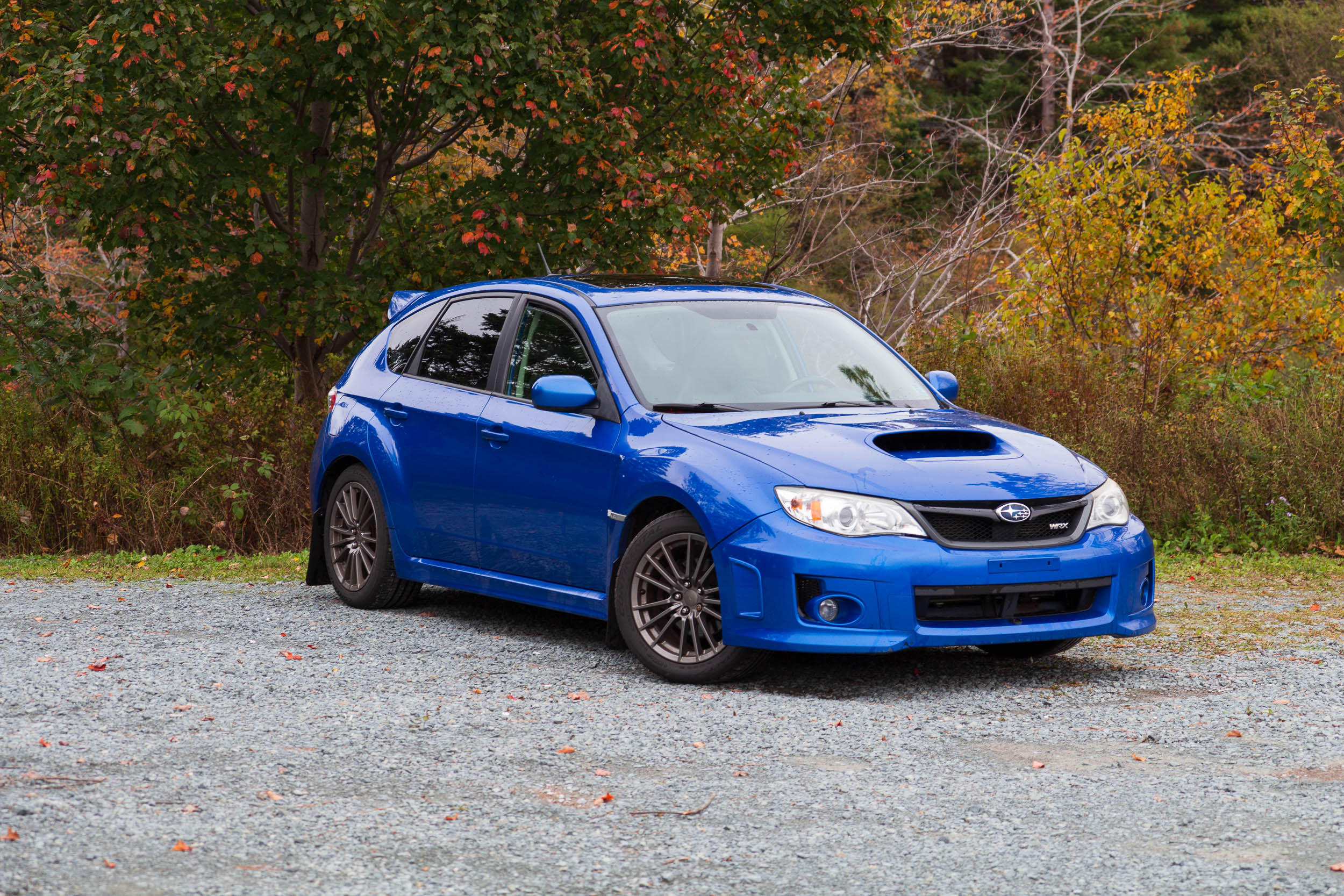 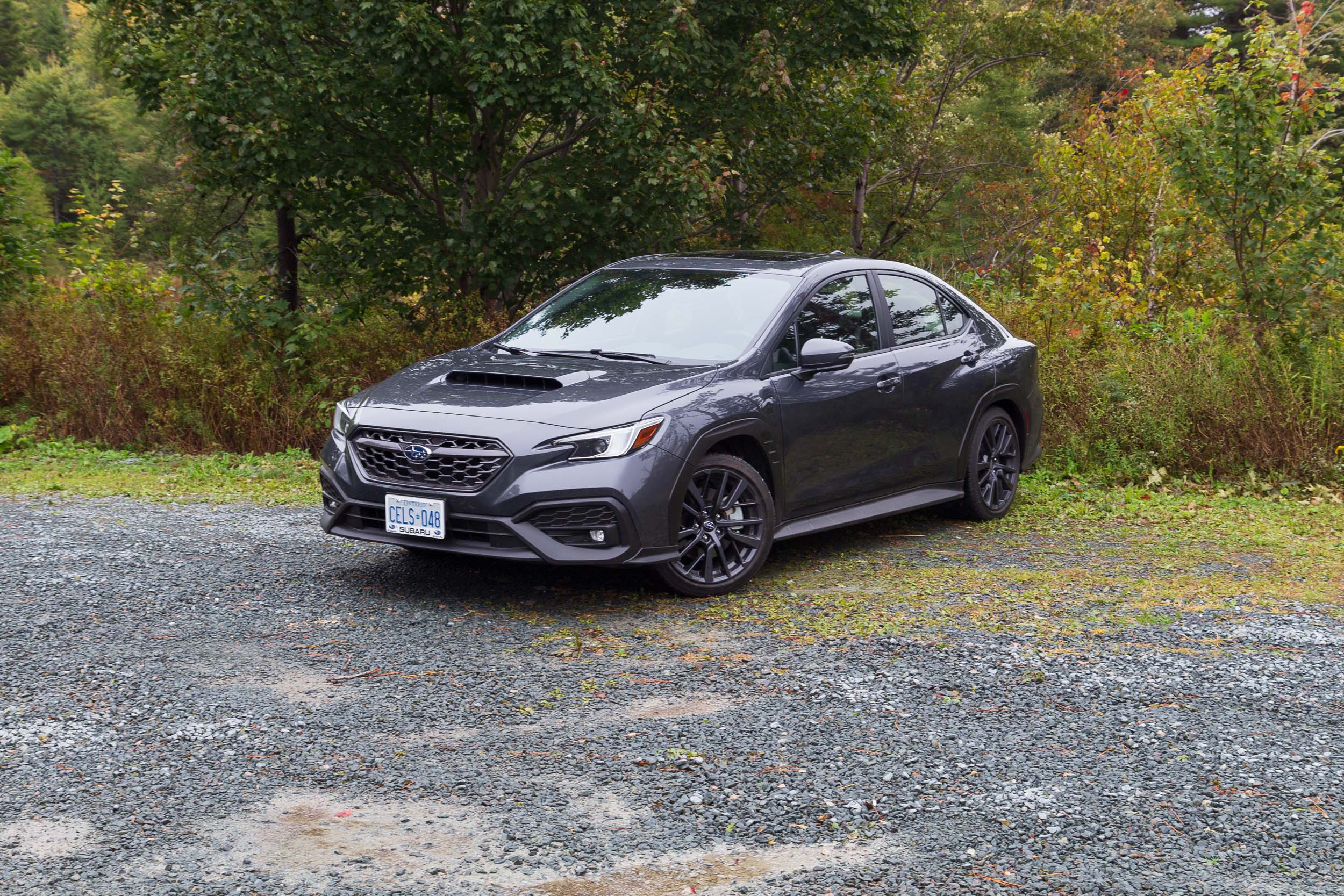 The chassis and engine are a massive change versus the WRX of 10 years ago. The old one is based on the 2008 Impreza and by modern standards is the structural equivalent of microwave-reheated poutine. Everything is a bit of a mess, though you can still tell it would have been pretty tasty when it was fresh. Still, the flared fenders and hatchback body look wonderful, the only thing missing is gold wheels.

Under the gaping hood scoop of the old car is Subaru's EJ255 engine. Used in the WRX for years, it makes 265 hp and 244 lb-ft of torque, and has a lovely reputation for cracking the ring lands in cylinder four.

A little bit about this 2012 WRX, which is my own car. Bought just a few months ago, a summer of injuries and a notoriously stiff clutch mean that my first time getting to really drive it was for this test. So while the 140,000 km (never been vaped in) two-owner car is mine, I don't have a long-held attachment to it.

Some housekeeping as well, going forward I'm going to mostly use Subaru's chassis codes. 2012 is the GR WRX, 2022 is the VB WRX. Hopefully that makes it easier.


Turning a key feels archaic in 2022, but with that simple twist the GR WRX comes to life with a gentle burble from the exhaust. Or an irritating drone, depending on your feelings about Subaru's boxer engines.

The VB fires with the push of a button, and comes with a much louder exhaust note. It's a bit much, frankly, especially when you're loping around the subdivision at 2,000 rpm. The drone is less than pleasant, though it sounds much better at speed.

Finding reverse in the mess that is the GR's shift gate is always a challenge. Finding any gear can be tough, and while it's an aftermarket upgrade away from improvement, that's not what this is about. The 2022's gearshift is much more precise and a lot more enjoyable to use. Or at least I didn't end up in the wrong gear, stalling out instead of backing up. 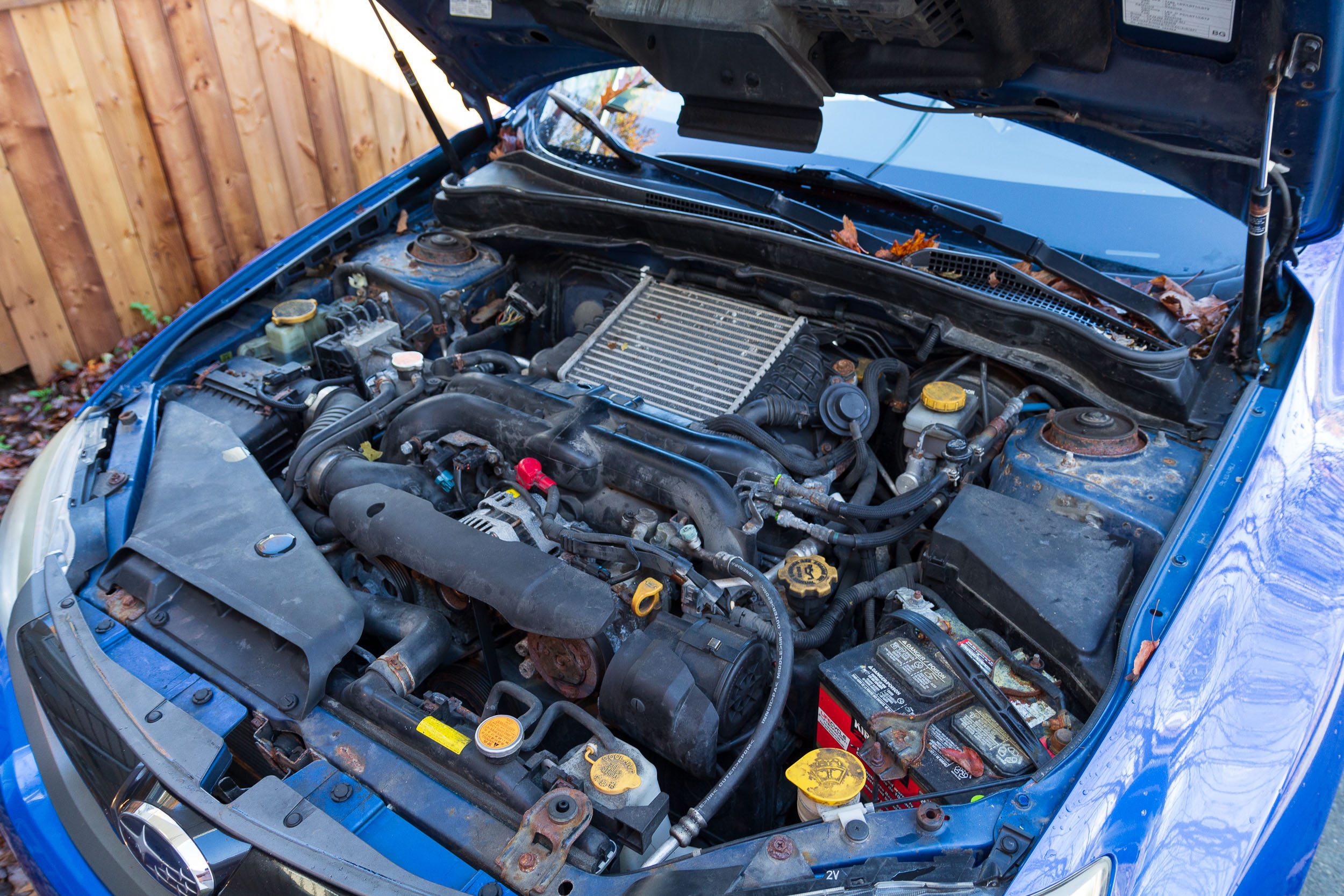 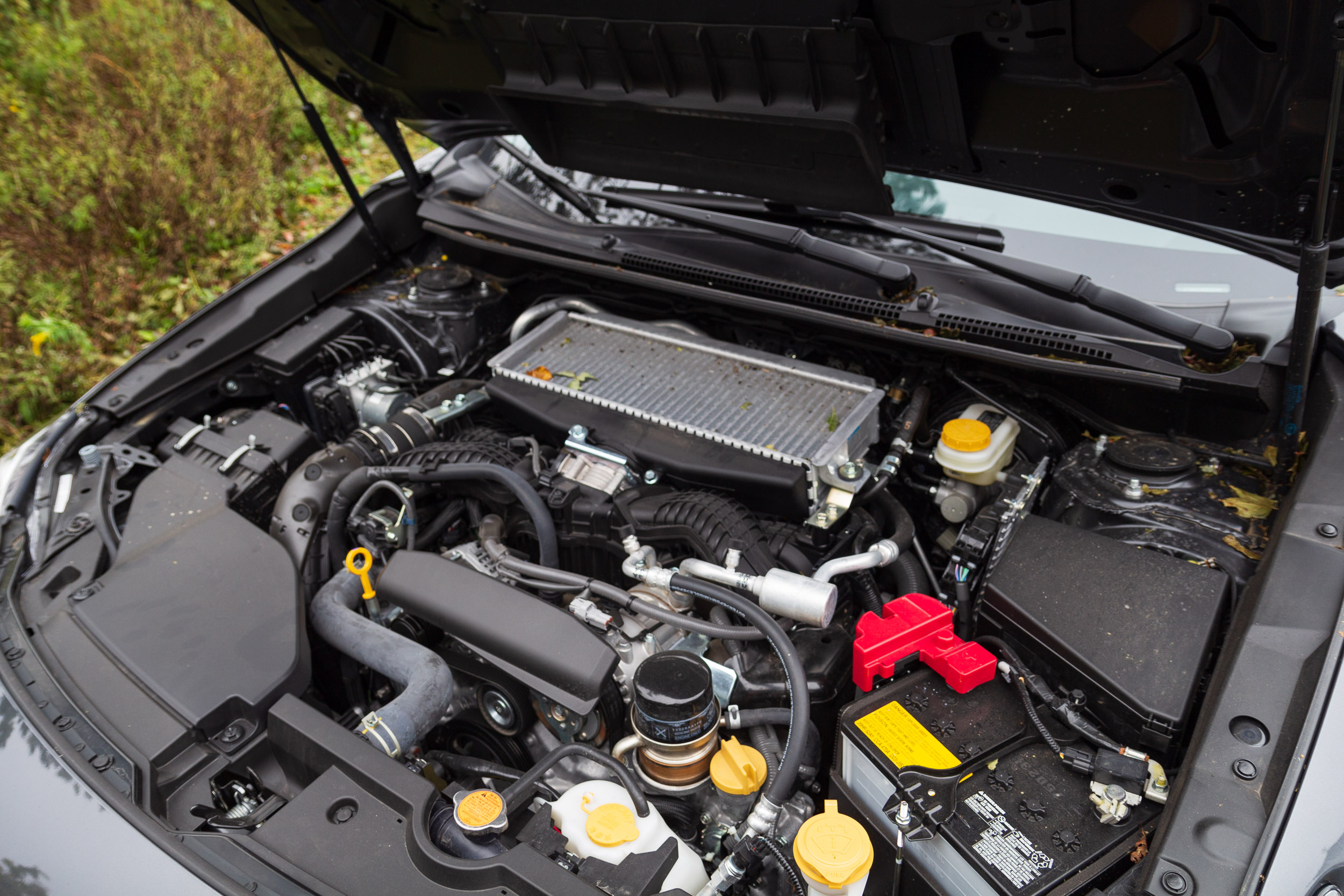 The new engine is a wonder against the old. The GR's 2.5L turbo is miserable below 2,500 rpm no matter the gear. Bucking and bogging, I end up in third or even second gear at 50 km/h to avoid it. The new 2.4 is fine down to 2,000 rpm, and while it's not quite happy under that, it doesn't feel like it's about to revolt because you're not wringing its neck.

But that's part of the character of the old 2.5, and it's a big part of the drive. Like how the 2.5 will run happily all the way to a 6,500 rpm redline, scrambling and doing its best impersonation of a light aircraft all the way.

Combine that with the short ratios of the VB's six-speed and you have two very different powertrains. The GR's 2.5 might not like dropping below 2,500 rpm, but its five long gears let you really wind out each cog. Second gear especially (to keep things under the limit) lets you feel the turbo torque launch you forward, relieved by a satisfying squish from the wastegate when you finally shift gears. The 2022's 2.4, in comparison revs to just 6,000 rpm. You're constantly swapping cogs to keep the car moving, making the new car feel much more frantic. It's a mood in town, but it is a lot of fun on a twisty back road.


It's clear both cars had their suspensions tuned by teams using the same playbook. Long travel but stiff damping lets both eat up bumps in the usual Subaru way. The older car has much more body roll, and the extra chassis flex before the suspension can get to work is obvious. It rattles a lot more, too, but that's not a surprise. The newer car is much more punishing on bad pavement, though at least a little bit of that can be marked down to the thin sidewalls on the 18-inch wheel and tire package. The old car has a bit more cushion from its 17s.

Steering and brakes are both worlds apart. The GR WRX, the older one, has old-fashioned hydraulic power steering, but it's extremely overboosted. No feel on centre, though the front tires still respond instantly to your commands. It's vague (through the wheel) and darty (through the tires) at the same time. When you really start to hustle, it grows more reassuring, but there's always that uneasy feeling around the middle mark. 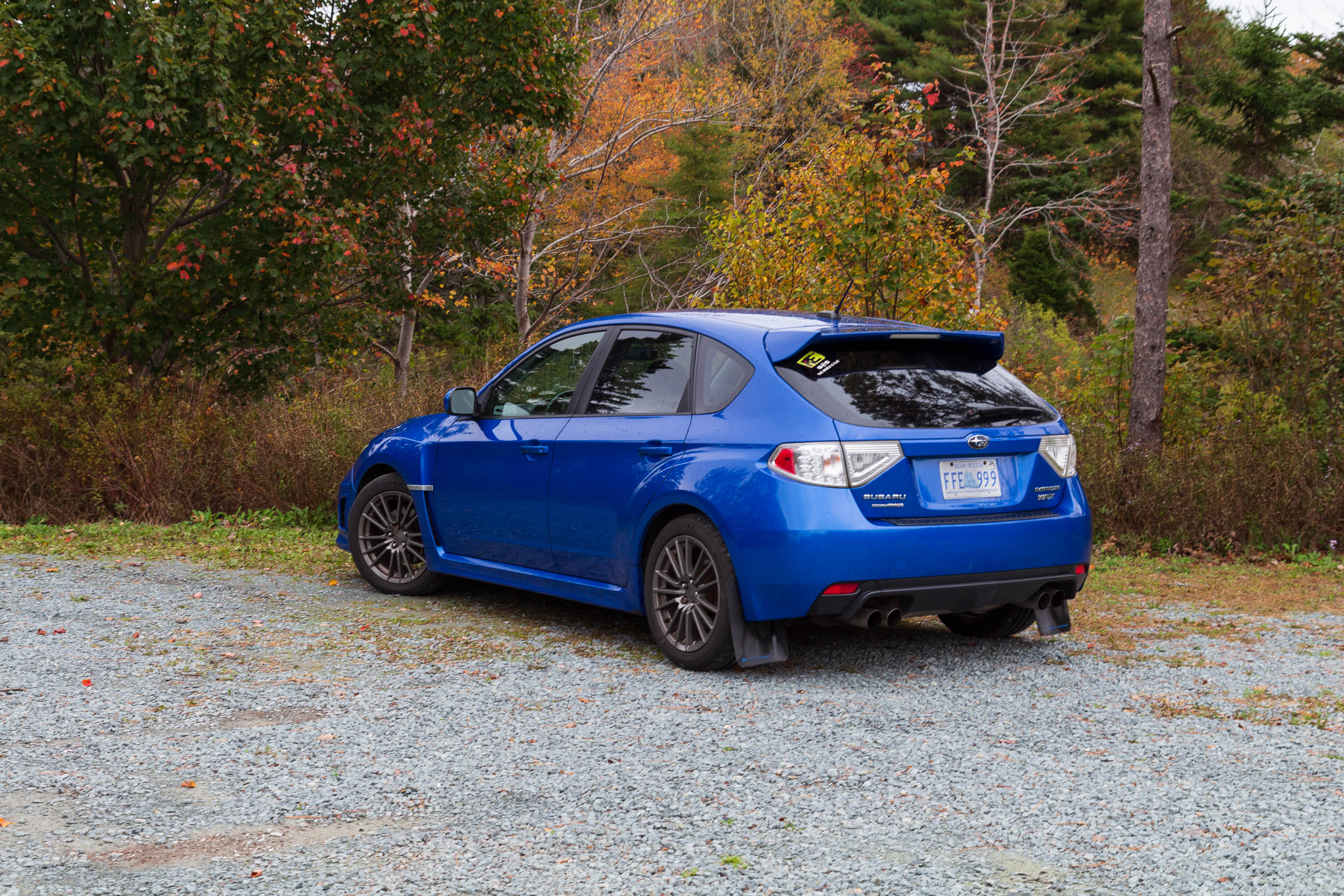 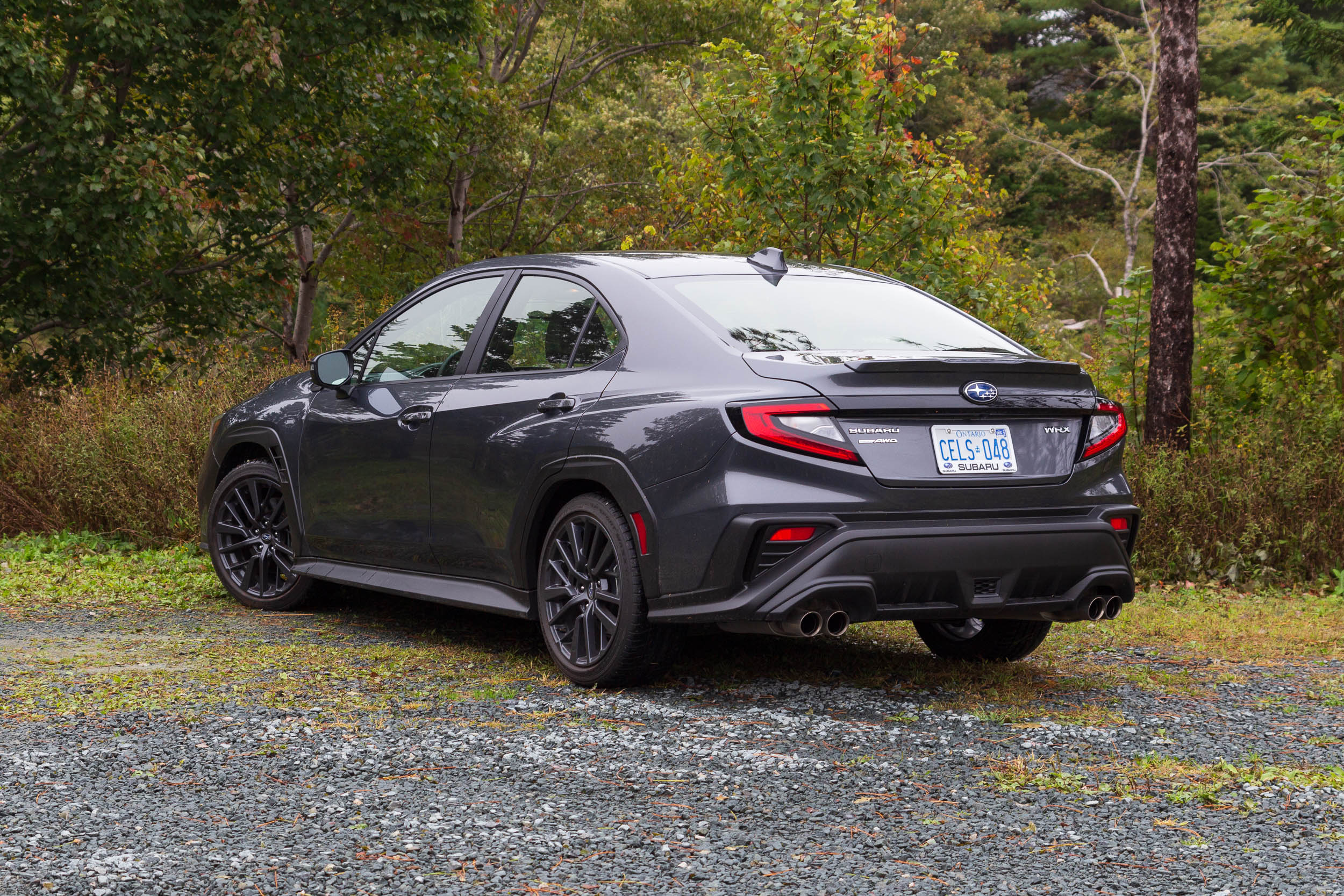 The new car might have a more artificial feel thanks to its electric power assist, but there is nothing vague about it. The movement and feel at the wheel matches what's happening at the rubber. Since you don't need to learn to trust it - faith is immediate - it's a better and easier drive.

Likewise the brakes, which feel firm and confident even with repeated stops. The GR WRX's brakes are soft and spongy, requiring loads of pedal travel to build pressure. Enough that while I had them checked out recently I might be headed back to the shop to be sure.


I'm going to skip over most of the cabin. The 2012 WRX feels like an economy car from 2008 because that's what it is. It does have Bluetooth, though it doesn't work well, and an aux jack. The new car has a screen bigger than an iPad, which didn't exist yet when the old model arrived at dealers. It also has suede bucket seats that are a bit too heavily bolstered for me. The leather chairs of the old car are a bit more comfortable, though that could be from a decade of butts in seats. 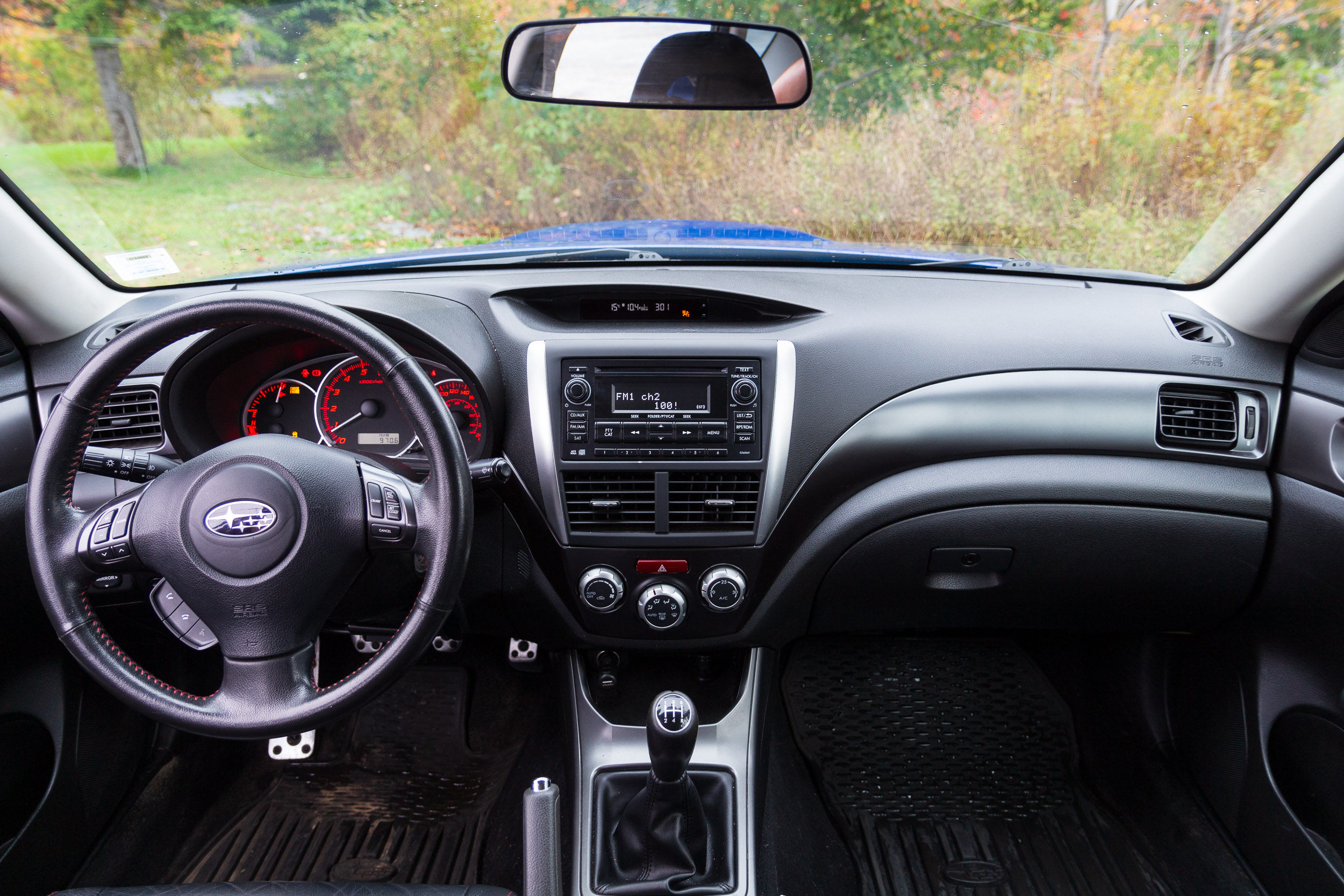 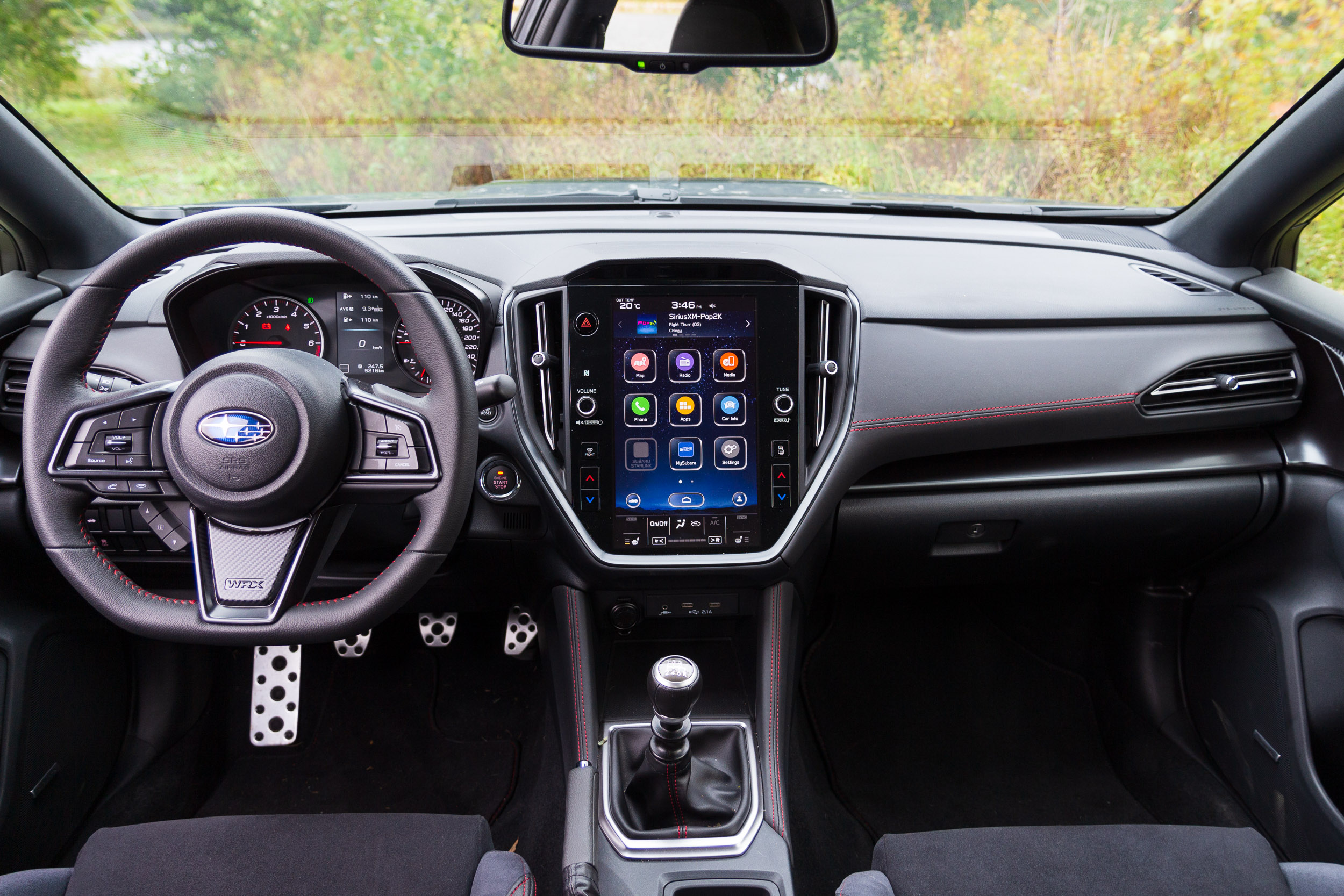 The 2012 is also full of a mix of Husky (previous owner) and Dalmatian (mine) fur, which will likely never come out of the black carpet. The 2022 model is conspicuously lacking in dog hair. Plus the old car is a hatch, and that's worth about 100 points in any comparison.


So after firing both of these rally missiles down one of my favourite long loops of back road, is the older car better than the new? I love revving out the engine and the squishy way the car responds to the steering, but the low-rev behaviour of the new car, its much better gearshift, and steering that does exactly what you ask are all extremely appealing.

Though forums might cry otherwise, the 2022 Subaru WRX, plastic cladding and all, is very much still a WRX. Enough that you shouldn't be surprised if you see a 2012 WRX in World Rally Blue with a for sale sign in the windshield and a space for a 2022 in my driveway.