Kia's Forte might live under the Hyundai Elantra's shadow but it's a roomy, comfortable vehicle with an impressive level of standard kit.

Join the Conversation (0)
Years ago, Britain’s Car magazine suggested that Kia’s models were “aimed at the easily persuadable, or those who regard Hyundai as unacceptably upmarket.”

Ouch. But since that biting portrayal, Canadians have come to embrace the notion that Kia manufactures some pretty fetching, functional automobiles. Consider that Kia recently ranked first in J.D. Power’s dependability study, displacing stalwarts like Lexus and Porsche.

J.D. Power’s analysis of three-year-old vehicles in its 2022 survey suggests that the build quality of mass-market automakers like Kia and Hyundai now matches that of the expensive luxury brands. In fact, some of the priciest vehicles have shown to be more troublesome for owners (looking at you, Land Rover).

The Forte is Kia’s standard-bearer in Canada’s still humming compact-car segment, although it’s spent much of its time in the shadow of its mechanical twin, Hyundai’s popular Elantra. While the two share a lot of the same genetic material, the Forte never quite captured the attention of car buyers. The latest iteration tries a little harder.

Taking styling cues from Kia’s sporty Stinger – also penned by former Audi designer Peter Schreyer – the third-generation Forte sedan adopted a cab-rearward profile when it arrived in late 2018, resulting in a fastback profile with a stubby trunk lid. Like the Elantra, the Forte’s unibody structure uses advanced high-strength steel, making it stiffer and stouter than the outgoing model.

Inside, a mix of plastics and textures make the cabin look more refined and pricier. The controls are logically placed and marked, and the infotainment system – complete with standard Apple CarPlay and Android Auto – is easy to navigate with physical buttons for important features.

As Kia is apt to do, the Forte includes gear that is otherwise optional on competing models, including an 8-inch infotainment touchscreen, automatic front headlights, heated seats, a tilt and telescopic steering column, and more. 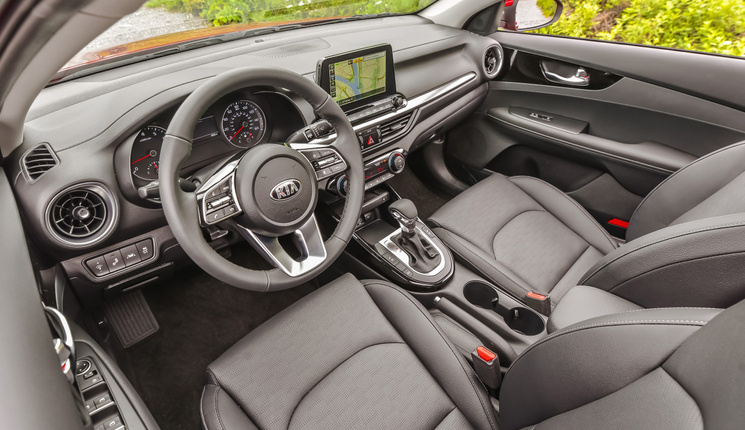 The front seats offer a wide range of adjustability and taller drivers enjoy good headroom. The rear seat is more than adequate, though headroom will run out for passengers over six feet tall., The trunk is wide and deep, making the 15.3 cubic-foot space very usable, and the liftover height is reasonable.

Powering all 2019 Fortes is a new 2.0-L four-cylinder engine making a ho-hum 147 horsepower and 132 pound-feet of torque – the same specs as the previous mill, but utilizing the Atkinson cycle for better fuel economy. A six-speed manual transmission comes standard in the base model, while a continuously variable automatic transmission is optional, replacing the previous conventional six-speed autobox. The CVT is an in-house effort distinguished by the fact Kia uses a durable chain rather than a reinforced belt.

Kia’s CVT feels more like a normal automatic than most, but at times it still comes across as a little unpolished, especially when the unit surges as the driver presses the gas pedal. Zero to 97 km/h comes up in a sleepy 8.7 seconds; there are plenty of other compacts that can do better.

The Forte’s handling is competent, but nothing more. The steering weight is fine, but offers little feedback and the on-centre feel is vague. While the car corners relatively flat, the strut-and-torsion-bar suspension can get unsettled by bumpy asphalt in the curves. It rides a little more stiffly than some drivers might be used to in a Kia.

At least the drive is commendably quiet – easily the best way for automakers to telegraph quality in a car. And fuel economy is near the top of the class with 5.9 litres/100 km on the highway and 7.9 in the city, evidence that the new engine and CVT work well together. 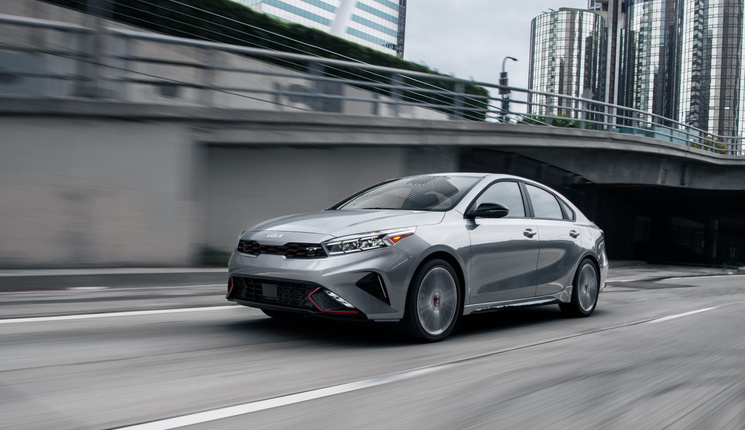 Kia brought more choice to the Forte lineup quickly. For 2020, it reintroduced a five-door hatchback in Canada (the U.S. missed out), as well as the Forte GT with its 1.6-L turbocharged four churning out 201 hp and 195 lb-ft of torque. It pairs with a fast-acting seven-speed dual-clutch automatic transmission that helps the GT attain highway velocity in 6.7 seconds. Its suspension features an independent rear multilink setup in place of the standard torsion beam.

The Forte earned a refreshed look for 2022 complete with revised bumpers, a new grill and sleeker headlights and taillamps. Inside, an electronic parking brake replaces the old manual one, freeing up more cubby space, and a new 10.3-inch infotainment touchscreen is optional. All models now come standard with a lane-following assist system, and the optional adaptive cruise control now uses navigation data to adjust speed based on posted speed limits.

The Forte has turned into a handsome swan that’s won over some Hyundai shoppers who might view the Elantra as a little too out there. It’s roomy, comfy and has an impressive list of standard equipment that represents good value, and it sips fuel like a champ.

“This is not the same car that you drove in the rental fleet just last year,” one owner posted online. “Kia can be mentioned with Honda and Toyota now as a go-to option.”

On the negative side, the Forte is a laggard with its 147-hp engine and the suspension could use some more tuning to iron out the unrefined ride and handling characteristics.

Kia’s standard five-year warranty might imply that their vehicles are well made – or that consumers need the confidence of lengthy coverage to buy in. Consider that Kia and Hyundai have recalled millions of four-cylinder models for potential engine fires and engine failures since 2015. Oil consumption is a lingering concern and owners would be wise to keep an eye on the dipstick. 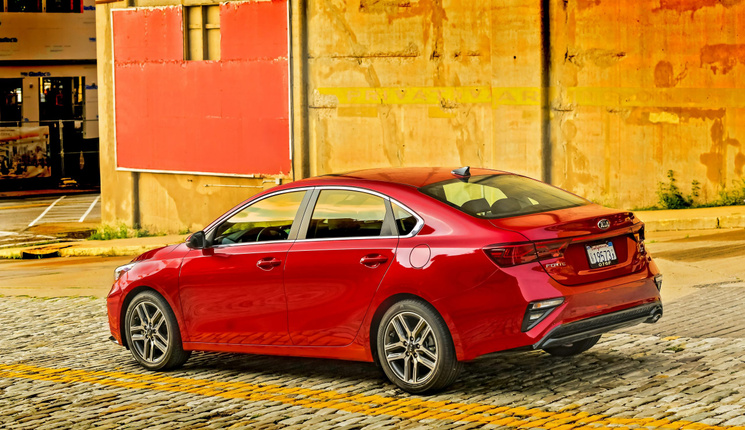 More specific to the newest generation of the Forte, some unlucky owners have noticed that the CVT automatic transmission may start acting oddly before giving up the ghost.

“The rpms were revving up and down on its own even without touching the accelerator. Shortly after, the transmission failed while driving on the highway and the car lost all power and speed,” wrote the driver of a 2019 Forte after less than a year of ownership. Some are on their second transmission and a few are on their third. Kia’s warranty covers replacement, but transmissions can be hard to get and weeks may pass before the car is repaired.

Other notable owner complaints include: easily chipped paint, a faulty steering column, water-filled headlights and taillights after washing, audible engine knocking, and slow to warm cabin heat – which may be a function of the thermal efficiency of the Atkinson-cycle engine.