Join the Conversation (0)
Besides being Snoop Dogg’s one-time golfing buddy, the late Lee Iacocca was also known as the father of the Mustang, Ford’s popular sports coupe that arrived just as the first Baby Boomers were graduating from driving school.

Henry Ford II was looking for a winner after the Edsel debacle and dispatched Iacocca to Europe in 1960 to check out the Taunus, Ford of Germany’s first front-wheel-drive car that was being considered for the U.S. market. Iacocca was underwhelmed, finding the car small and homely.

Back in Detroit, he proposed creating a sporty coupe out of the compact Ford Falcon. By adapting its chassis and drivetrain, Ford could turn out a fresh model for a mere $75 million (1964 dollars) rather than $400 million required to engineer an all-new automobile. But not everyone was on board.

In his autobiography Iacocca recalled a Ford product planner who had griped that making a sports car out of a Falcon “was like putting falsies on grandma.” After banishing that image, stylists managed to pen a winning design. When the Mustang debuted in April 1964, four million people visited Ford dealerships (not websites) that first weekend.


Remarkably, the all-new-for-2015 Mustang is only the car’s sixth generation in 50 years. The previous model employed Ford’s Thunderbird chassis for a decade, and the one before that used the Fox platform (remember the Fairmont?) for 25 years. This time the Mustang got a new platform that was 90 kg lighter to bring it closer to fighting trim.

The introduction of an integral-link independent rear suspension, a feature only found previously in the rare 1999-2004 SVT Cobra model, improves the handling and ride comfort of every sixth-gen Mustang. The front end uses a double-pivot MacPherson strut suspension, similar to that used by many BMWs. The wheelbase and overall length are much like the old car, but the new one sits 4 centimetres lower and has an 8-cm-wider rear track. It remains steadfastly rear-wheel drive only.

The cabin feels more spacious thanks to a slimmer centre console and less imposing dual-cowl dashboard. It pays homage to the past while accommodating all the latest tech gear. The Sync voice activation system simplifies operation of the audio, phone and navigation systems, but the optional MyFord Touch interface is trickier. Users find operating the system’s touchscreen can be distracting.

Outward visibility is better than in a Chevy Camaro or Dodge Challenger, although the thick C-pillars still block everything over the driver’s shoulders. The quality of the interior materials has generally improved, though not everyone is enamoured with the optional Recaro seats, which can feel overly bolstered and constrictive for some body types. The steering wheel finally has a telescoping function in addition to tilt adjustment.

The Mustang retained its coupe and convertible body styles, both considered four-seaters, but the cramped back seats remain a kids zone exclusively. The coupe’s trunk provides 13.5 cubic feet of cargo space, while the convertible offers 11.4 cubes. Standard split-folding rear seats in the coupe extend the cargo capacity.

Ford should be lauded for giving sports-car enthusiasts the choice of a four-, six- or eight-cylinder engine. Buyers could select the aluminum 3.7-litre V6 with 300 hp and 280 lb-ft of torque in the base Mustang, the EcoBoost is a 2.3-litre turbocharged four-cylinder engine packing 310 hp and 320 lb-ft, while the GT boasts a 5.0-litre V8 with 435 hp and 400 lb-ft. Any engine could be paired with either a Getrag six-speed manual gearbox or six-speed automatic.

Subsequent model years provided a steady stream of improvements and updated equipment. For 2016, the much-maligned MyFord Touch infotainment system was replaced by the Sync 3 touchscreen with its simplified interface and iPhone-like pinch-and-swipe finger commands.

More changes are found under hood. The aging V6 engine was retired, while the EcoBoost four-cylinder gained 30 lb-ft of torque for a total of 350 lb-ft. The GT’s 5.0-L “Coyote” V8 gained direct and port injection, along with other mechanical changes, to raise the output to 460 hp and 420 lb-ft of grunt.

The commemorative 2019 Bullitt model finished in Highland Green was largely a cosmetic exercise, although the Bullitt’s V8 saw a 20-hp bump to 480 hp – thanks to a modified intake manifold – while torque remained pegged at 420 lb-ft. 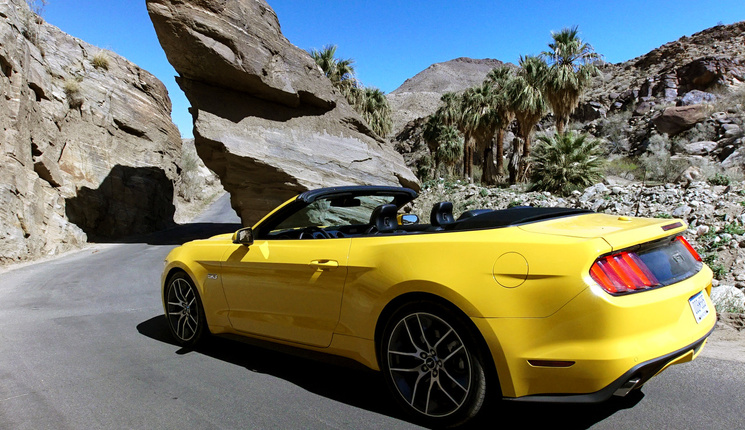 
With three distinct engines, the Mustang’s flavours range from mild to wild. The V6-powered base model – surprisingly, the lightest of the bunch – gets to 97 km/h in a speedy 5.5 seconds, which is barely slower than the EcoBoost model, albeit without the stickier tires and sport suspension bits.

The 2.3-litre EcoBoost delivers on its performance promise with a 5.2-second run to highway velocity. If there’s a down side to the four banger, it’s that it delivers a wholly unsatisfactory exhaust note that’s sure to disappoint enthusiasts. The 2018 and newer EcoBoost with more torque, shorter gearing and the new 10-speed autobox shrinks the acceleration time to 5.0.

The V8-powered GT attains an acceleration time of 4.5 seconds in standard trim with the six-speed manual gearbox. The 2018 and newer GTs equipped with the 10-speed can rocket to 97 km/h in a blistering 3.8 seconds, while the manual requires 4.3 seconds – a vivid demonstration of why the stickshift is disappearing.

Beyond the horsepower, owners agree America’s original pony car is a quiet and comfortable GT tourer that no longer beats up its occupants. The fully-independent rear suspension has transformed the Mustang by giving it a world-class ride that rivals that of the European brands. The handling is immensely sticky, supple and confident. Mustang owners finally have a refined sports car they don’t have to apologize for.

“If you don’t see yourself as a Mustang type, go test drive a new BMW 5-Series and then try the Mustang – it’s cheaper, better looking, better to drive and generally mullet-free,” noted one owner online. 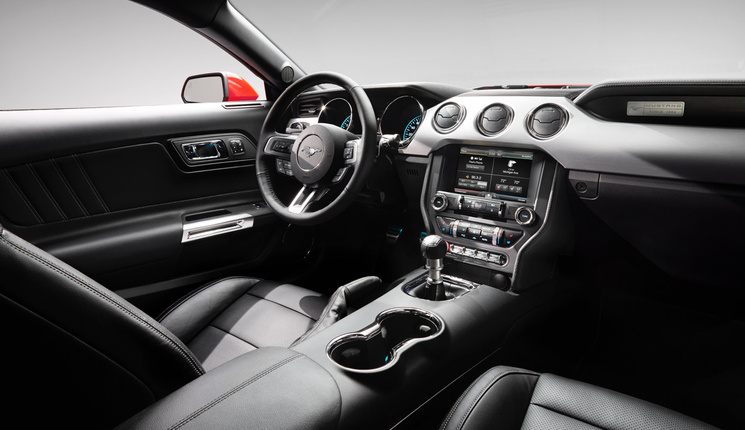 
Sixth-generation Mustang owners rave about the performance levels of their cars, the unexpected refinement and comfort found in the retro-styled cabin, and the car’s practical tech features. Demerits include the tiny back seats, the long, unwieldy doors and stiff ride furnished by the optional performance suspension.

Reliability-wise, the Mustang is reasonably well put-together at its assembly plant outside of Detroit, but there are some reoccurring themes in the complaints found online. Principally among them are concerns about driveline vibration when being driven at speeds between 70 and 100 km/h, as well as an associated rumble or boom.

“It’s so bad my right foot and hands go numb,” posted the owner of a 2015 model. “The dealer has been trying to fix it for 10 days. Balanced wheels, swapped wheels from a similar vehicle, tried a driveshaft from another vehicle, changed differential – which made it better, but tech said it’s still not right.”

Another common concern is reports of doors opening randomly while the car is underway. Ford instituted a recall campaign of selected 2011-2015 Ford and Lincoln vehicles to address faulty door latches. Safety recalls 15S16 and 16S30 were issued to replace door latches with latch pawl spring tabs that are susceptible to cracking due to high ambient temperatures and solar heating.

Early builds of the 2015 Mustang exhibited paint defects on the aluminum hood, allegedly attributed to poor metal preparation. Another issue seen in early cars is a brake light switch plunger that can break off the brake pedal, causing the brake lights to constantly illuminate and potentially cause driveability issues.