A jewel of a small car

Join the Conversation (0)
It was an engineering problem that had given some of the brightest minds in Germany countless sleepless nights: How to prevent the Wankel rotary engine from grinding itself to smithereens?

German automaker NSU could not find a durable material to seal each point, or apex, of the engine’s triangular rotor, key to maintaining compression in the tiny motor. Metallic wear appeared within hours, leaving “chatter marks” on the wall of the combustion chamber.

Japan’s Mazda saw potential in the Wankel, so it assembled a team of 47 young engineers to work on the problem, even resorting to horse and cow bones to form a resilient apex seal.

Mazda achieved a breakthrough in 1963 when an engineer proposed changing the seal’s shape by employing a hollow cross-section with a cross-shaped hole near the apex. The design showed promise in durability testing, which was further improved with the use of aluminum-carbon composite materials.

On May 30, 1967, the automaker rolled out its Cosmo Sport, the first mass-produced car powered by a two-rotor Wankel engine. Little Mazda had demonstrated its technological prowess to the world.

A year later Mazda brought its automobiles to Canada, along with its tireless enthusiasm for innovation. Among the technologies it would improve upon are the Miller-cycle piston engine, high-compression gasoline engines, reduced compression diesels, efficient automatic transmissions and lightweight body designs.

There’s no question Mazda sambas to the beat of a different drummer. All it has learned culminated in making its compact Mazda3 a compelling buy. 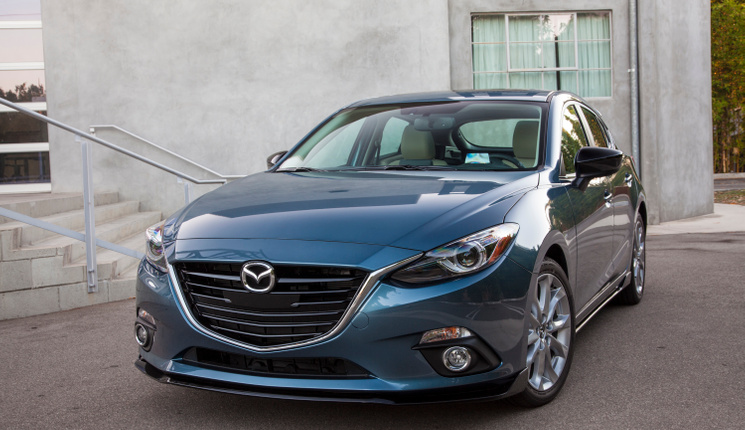 With Mazda and Ford having gone their separate ways, the third-generation 3 no long rode on Ford’s front-drive C1 platform, but got its own Skyactiv lightweight chassis. Available in four-door sedan and hatchback body styles, the 3’s “Kodo” design provided an especially slippery 0.26 coefficient of drag in the wind.

The new 3 provided a 6-centimetre longer wheelbase, which paid a dividend in terms of improved legroom for rear-seat passengers, though the trunk is smaller than average. The cabin looked contemporary and pricey, highlighted by vastly improved materials and a new infotainment interface. Consumers noticed the upmarket ambience.

“I’ve owned an Audi, BMW and Lexus, and the fit and finish rivals them, not to mention the $2200 tech package includes items that would cost two or three times as much on a German car,” one buyer remarked online. Newly available was a suite of safety features, including blind-spot monitoring, rear cross-traffic alert, lane departure warning and a low-speed collision mitigation system.

Front and centre on the dash is a unique touchscreen that resembles a hotel-grade clock radio, which some found obtrusive and distracting. “This evaluation is not just an old man thing,” confessed one driver. “My 24-year-old son puts a hat over the screen when he uses the car.”

The base engine is Mazda’s Skyactiv design that had debuted in 2012. The Atkinson-cycle 2.0-L four cylinder makes 155 hp and 148 lb-ft of torque, and is optimized for efficiency thanks to direct fuel injection, high compression (13.0:1), specially shaped pistons and reduced internal friction.

Optional is a 2.5-L four cylinder, reworked with Skyactiv technology, generating 184 hp and 185 lb-ft of torque. On this engine Mazda’s optional i-ELOOP system captures and redistributes braking energy to improve fuel economy by about 5 to 10 per cent.

Both engines power the front wheels through a short-throw six-speed manual or six-speed automatic transmission, the latter being a Skyactiv design with an aggressive lock-up clutch in its torque converter. Note the availability of a manual gearbox across the range – there aren’t many cars left that offer one on anything but basic models.

The 3 received a mid-cycle refresh for 2017 that involved tweaking the exterior styling, an updated dashboard design, added sound insulation and a new electronic parking brake to free up space on the centre console. Mazda also introduced G-Vectoring Control, which senses steering-wheel inputs and retards engine timing slightly to reduce torque enough to shift the load on the front axle and sharpen handling. 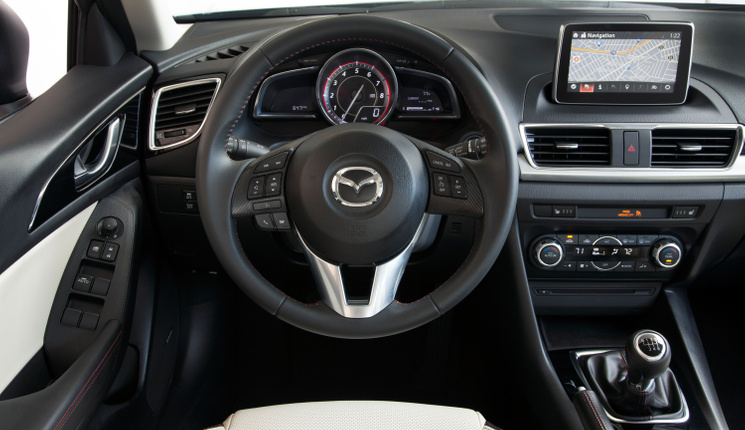 True to its “zoom-zoom” branding, Mazda imbues all of its models with some DNA from the MX-5 Miata sports car. Even the base model offers good acceleration for the class: zero to 97 km/h comes up in 7.6 seconds with the fast-acting automatic transmission. The larger 2.5-L four with the same automatic musters a 6.8-second acceleration time to highway velocity – which is quicker than the manual-transmission models.

But this Mazda is about a lot more than just speed. The 3 raises the econobox bar with its controlled body motions, athletic responses and an electric power steering system that’s sports-car quick (2.6 turns lock to lock), accurate and gratifyingly communicative. It’s almost telepathic.

Despite sporting intentions, the suspension has relatively soft tuning and the car exhibits a fair amount of body roll when pushed. There’s an emphasis on balance and precision, rather than a battle-hardened ride. The one letdown is the amount of road noise that leaks inside; there are plenty of small cars that are quieter.

The Skyactiv powertrains largely deliver on their economy mission. The larger motor averages 35 mpg (8 litres/100 km) in mixed driving, while highway trips can approach 50 mpg with careful right-foot management. Surprisingly, the automatic transmission outshines the manual gearbox in this regard. 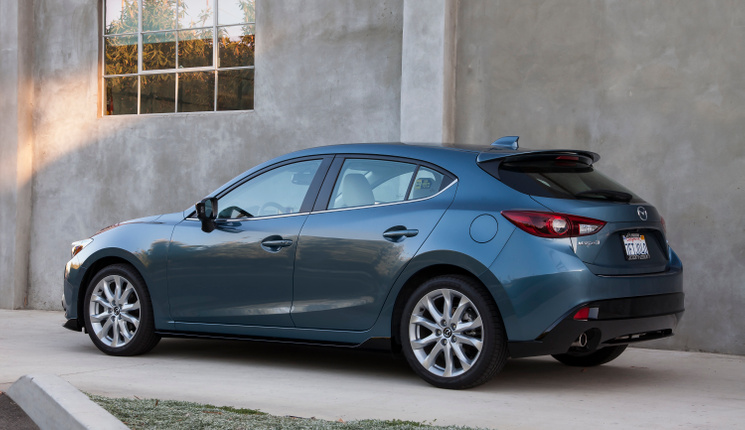 Mazda’s small sedan and hatchback hit well above their econobox weight class with their premium cabin furnishings, sophisticated styling, sublime driving dynamics, strong fuel economy and hatchback versatility (if you want it). Drawbacks are few in number: excessive noise, weak low-end torque and a back seat that remains a little tight are about it for the gripes.

Reliability has been better than average from what we can surmise from owners’ remarks. Perhaps the most common complaint has to do with brakes that wear quicker than usual – often the rear set before the front discs – which isn’t helped by a rust issue that’s become the subject of a recall.

Mazda states that 2014-2016 models have brake calipers where water can enter and cause the parking brake actuator shafts to corrode and bind. This can cause the parking brakes to not completely engage or disengage. Mazda first learned about it in 2015 when a Canadian owner reported the brakes dragging on his car. The recall involves installing a better protective boot on sensitive brake components.

A second recall involves some 2014-2016 Mazda3s that may have gas tanks that were damaged during manufacturing. Mazda says the welded attachment of the “inlet check valve” may fail and allow fuel to leak, possibly causing a fire. Another 3,800 model year 2016 cars may have deformed gas tanks that can leak from the recirculation pipe welds.

A number of owners have commented on the car’s infotainment display, which can malfunction and reboot often. Software updates don’t always restore order, and some display units have been replaced outright. Others aren’t entirely happy with the audio sound quality, and there have been Bluetooth connectivity issues, too.

Beyond that, there are a few random complaints about easily chipped paint, air conditioners that conked out early, and automatic transaxles that whine – all in minute numbers. Some 3 models, which had been imported from Japan since inception, began arriving from Mexico as Mazda’s new factory got up to speed there in early 2014.

All in all, the Mazda3 is a jewel of a small car that rarely disappoints. Given the fastidious engineering culture Mazda cultivated since the painstaking fussing over Felix Wankel’s rotary engine, it’s not a surprise.