Join the Conversation (0)
The annual Canadian Car of the Year program (CCOTY) is a unique opportunity provided by the Automobile Journalists Association of Canada (AJAC) for members to test the year’s latest and greatest cars, SUVs, CUVs and trucks back-to-back on road and track to determine the year’s Canadian car and utility vehicle of the year. The featured track is the driver development track at Canadian Tire Motorsports Park (née Mosport), the former the roads in and around the Caledon area where the track’s located. There’s even an advanced off-road course to really put the CUVs and SUVs to the test. While we test cars year ‘round, aside from the odd comparison choice rare is the chance to test them shoulder to shoulder as we do here.

Vehicles are broken down in to categories and Wheels.ca had a number journalists on-hand to put everything to the test. What follows are our picks for the best mid-size premium car: 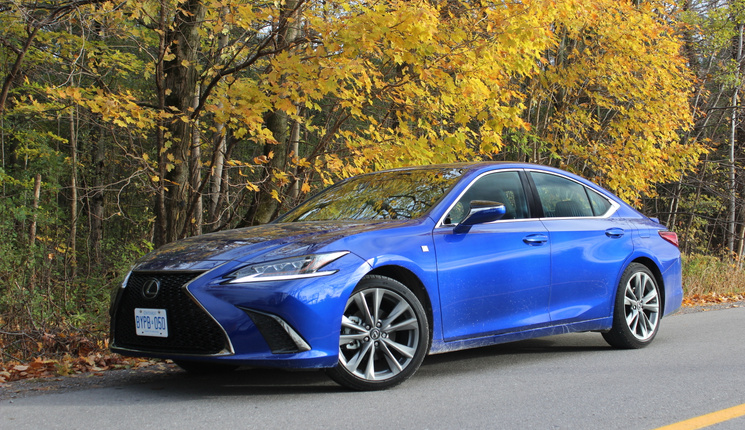 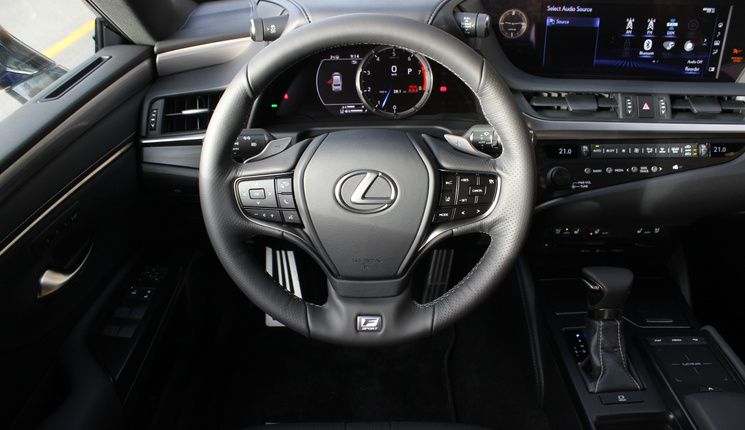 The first thing I felt as I approached the ES was shock; “That’s an ES?” I thought to myself; this was far from the no-offence luxury-above-all-Lexus sedan I’d grown to know over the years. The big grille, properly aggressive headlamp lenses and quasi-clamshell trunk are all very anti-ES; the neutral stance, a little less so. Inside, a nicely-appointed interior is let down only by finicky infotainment and some larger-than-expected over the shoulder blind spots. Then, once you start it up, you’re treated with a responsive powertrain (that features a pair of paddle shifters that I’m not ashamed to say I used quite a bit), but somewhat inert, wooly steering that is actually a little at-odds with the rest of the ES experience. It’s that infotainment and steering/handling that has it in this spot. 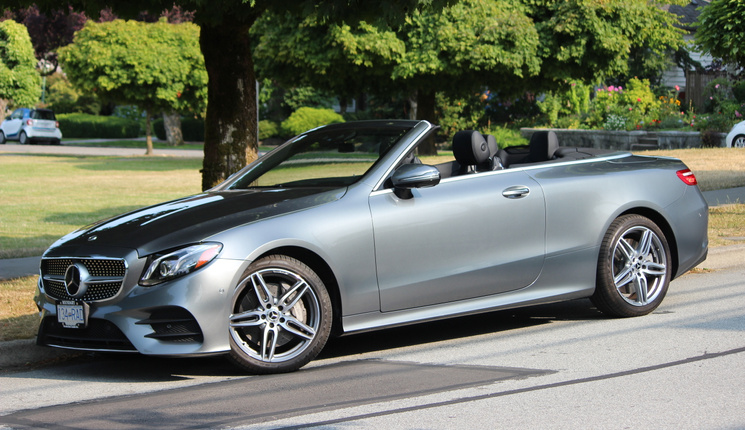 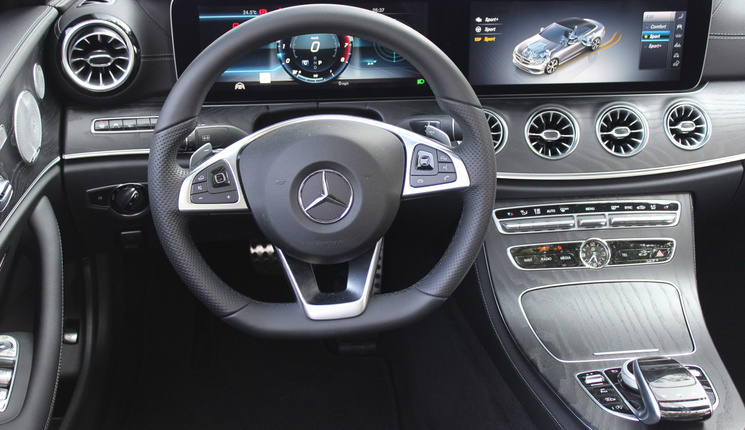 If there’s one thing the Germans still do better than pretty much anyone else, it’s grand-touring convertibles. The latest Benz E-Class is no different, with gorgeous looks, plush interior and a hearty twin-turbo V6. Heck, there’s even AWD; not sure how many people are going to need to drive their drop top in conditions adverse enough to require said AWD, but the benefit it has on performance in normal conditions cannot be ignored. Of course, there are foibles; the trunk is small (you have to fold a roof into there, after all), the rear seats may as well not exist and even the front seats are a little too snug for a car of this size. Even in this company it’s bloody expensive, too, knocking on the door of $100,000. 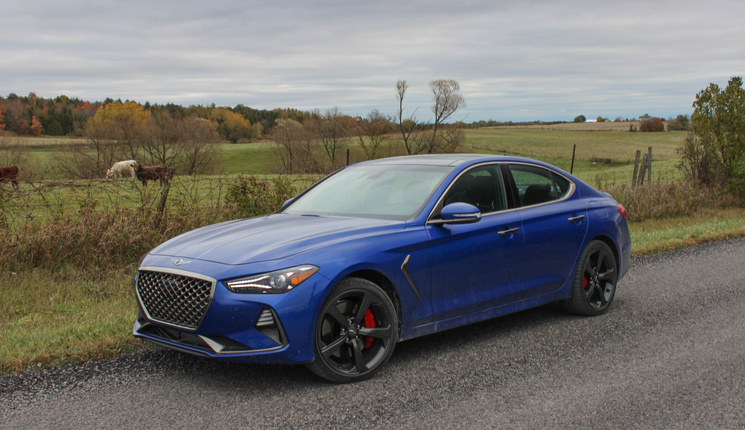 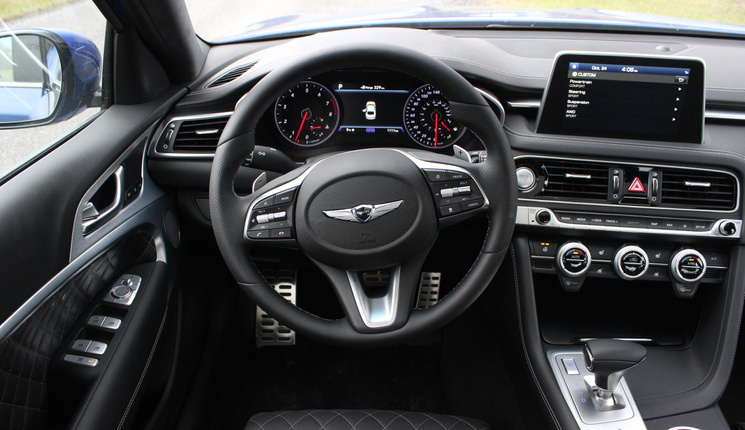 This is a great effort by Genesis, hitherto a complete newbie in the surprisingly competitive mid-size luxury class. They need to take on perennial contenders like the Mercedes C-Class, BMW 3 Series and Lexus IS; even Cadillac, who made a supreme effort with its ATS, has bowed out to focus more on SUVs and CUVs. That leaves Genesis a bit of a window as an underdog, yes, but a contender, too. It starts with handsome-yet-athletic looks, a fantastic twin-turbo V6 (a turbo two-litre four is standard, however) and is followed up by communicative, performance-oriented AWD and exquisite interior detailing – the diamond print on the seats is sublime. It loses a little ground in the cargo and occupant environment, however; there’s less back seat room than most of the competition, the trunk opening is a little tight and the driver and passenger footwells are a little snug, too. They do make for an engrossing front seat, though, with all the necessary controls close at hand. 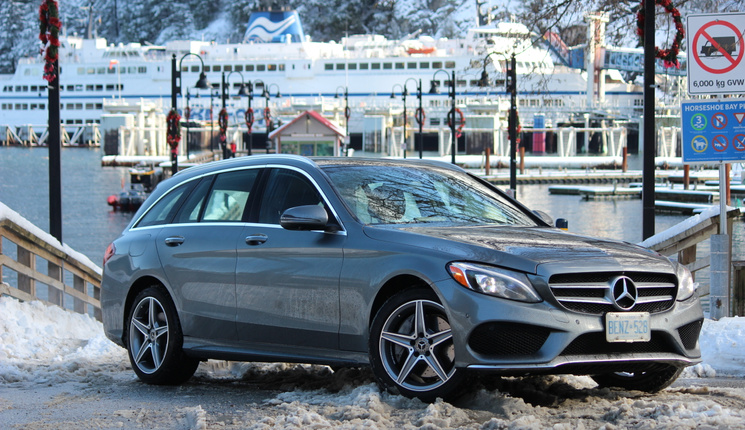 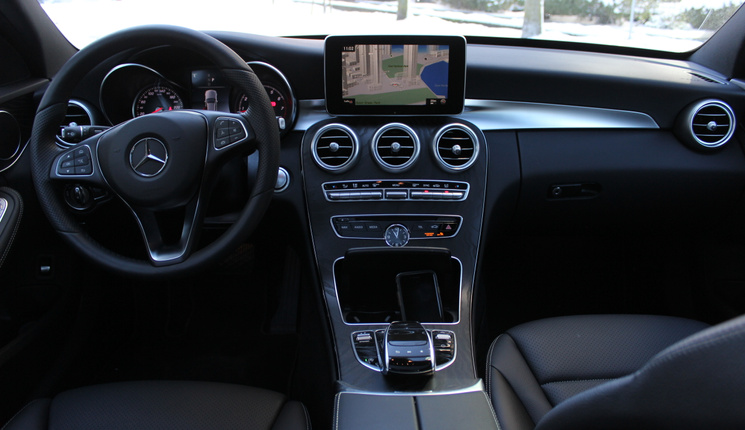 No cargo issue here, that’s for sure. I understand why more North American buyers don’t buy station wagons—such is the lure of the CUV—but that doesn’t change the fact that there’s almost as much room in the C wagon as there is in its GLC sibling, or that it’s easier to load thanks to having a lower liftover height. Then there’s the car stuff; the C 300 is a rewarding drive, with finely-tuned suspension that reduces body roll but keeps things copasetic on the comfort front. It looks fantastic, too, and is a great look at what can be achieved with the wagon format if they had the guts to stick by it.