Join the Conversation (0)
Despite having been part of the Toyota model lineup since 1955, its name is rather unfamiliar to most consumers in the Canadian market. The company thinks that is ok, however. After all, a crown generally sits at the very top of something, so it should be of no surprise to learn the Crown essentially replaces the Avalon – a car that resided for ages atop Toyota’s offerings in this country.

In a world obsessed with SUVs, this vehicle is described as a “reimagined sedan with elevated ride height”. For details about what that means for the likes of ground clearance and ride comfort, be sure to check out our First Drive here. There will be three grades of the Crown when it goes on sale next year in Canada, starting with the XLE trim.

This model, and the next-up Limited, will be equipped with a hybrid system which pairs front and rear electric motors with a 2.5-litre engine, a combo that NRCan says is good for an impressive 5.7 L/100 km in combined driving cycles. You may recognize this tag team pulling duty in other sensible shoes like the Camry and Highlander where it makes roughly 240 horsepower. An eCVT transmission sorts out power delivery through all-wheel drive. 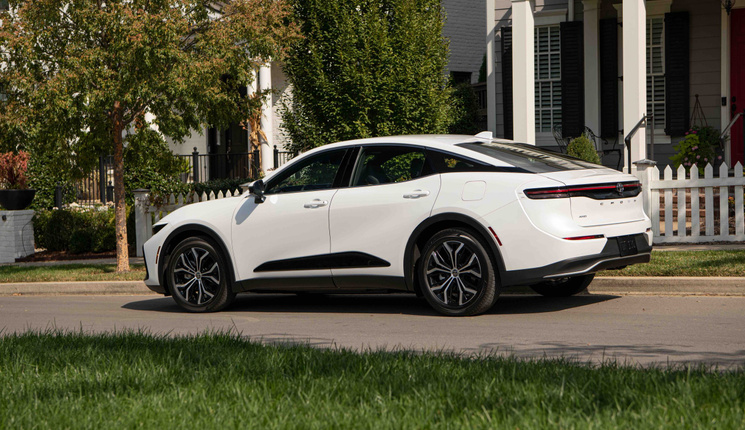 Images to date have primarily been of the top-rung Platinum in natty two-tone regalia exclusive to that trim, but an XLE is shown here. Available colours on other models will be the usual smattering of black, white, and gray plus an entertaining Supersonic Red. Your author heartily suggests the latter. 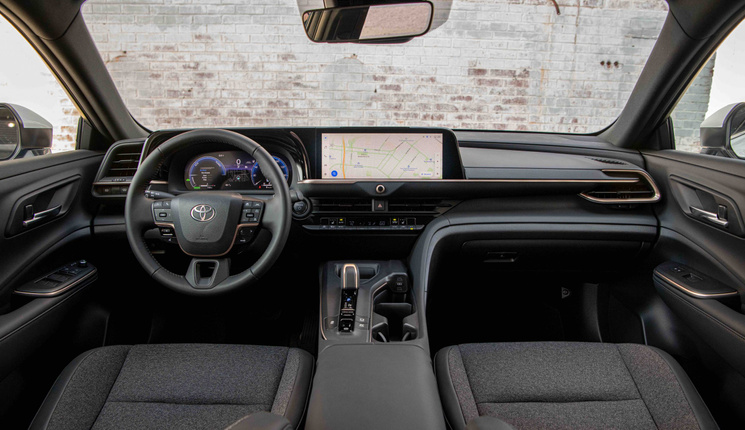 All new Toyota Crown models will feature the recently revamped Toyota Multimedia system, a set of tools which were developed in North America (presumably after reams of feedback on the old system from users on this side of the pond). It’ll feature a 12.3-inch touchscreen across the board, appended on the XLE with a 6-speaker sound system. Cloth heated seats with power adjustments are standard, along with dual-zone climate control and wireless device charging.

Toyota has announced the Crown’s will have a starting price of $45,590 here in Canada, a sum which should net buyers all the XLE features mentioned above. While prices for the Limited and more-powerful Platinum have yet to be released, it’s logical to assume their prices will start with a “5” and “6”, respectively.

Here’s the rub: those Platinum models will earn a completely different drivetrain, one which is still an efficient hybrid but belts out an estimated 340 net horsepower and a net 400 lb-ft of torque. Those numbers are a world away from the XLE and Limited trims, whose powertrain – at least as found in vehicles like the Highlander – can be described as perfectly adequate but dull as dishwater. Given the other kit on a Platinum (bi-tone paint, adaptive variable suspension, and hands-free parking to name a few) in addition to the extra power, that trim is our tentative recommendation until full pricing details are available closer to launch.

It's always difficult to argue against extra power. After all – heavy is the head that wears the Crown, right?