Join the Conversation (0)
In a world filled with milquetoast crossovers and dour SUVs, the gearheads at Wheels at eternally grateful there remains a cadre of automakers who still place importance on low slung driving fun. Witness the 86 at Toyota, the MX-5 at Mazda, and – here today – the Z at Nissan.

That’s right, it’s officially called the ‘Z’ with no prefix of numbers required. Set to appear in dealerships at about the time you read this in the summer of 2022, the new Z packs a twin-turbo 400 horsepower V6 engine and choice of a 6-speed manual or 9-speed automatic transmission. One doesn’t need to be a clairvoyant to predict which one we prefer.

The entry-level trim is the Sport 6MT, priced at $46,498 and making precisely the same amount of power as more expensive Zs in the range. It fast sloping roofline is a deliberate reference to the almighty GT-R, while the roundish headlights are a modern callback the original 240Z of over 50 years ago. It is available in an array of shades, including more than one eye-popping colour, and is one of those vehicles which looks far better in person than it does in pictures. Don’t dismiss this thing from yer shopping list based on appearance until you’ve looked at it with your own two eyes. 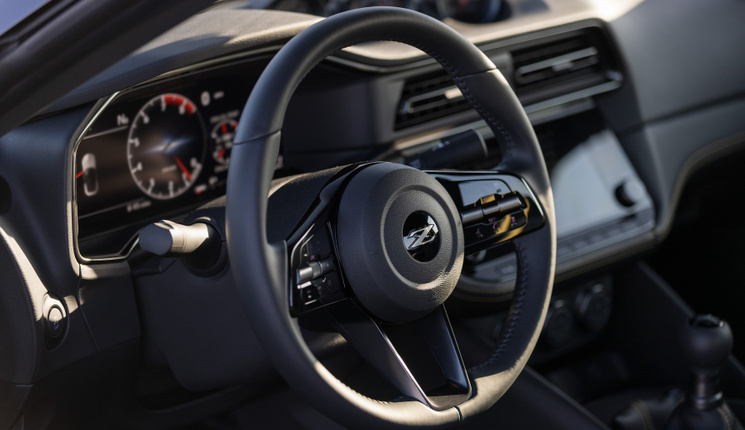 Canadian customers of the Sport 6MT get much for their money in addition to a great engine. A leather-wrapped steering wheel is right-sized for fun and peppered with buttons, a strut tower brace sprouts under the hood, 18-inch dark-painted alloys are wrapped in hi-po Yokohamas, and colour-keyed trim adorns the body. That natty spoiler is reserved for more expensive trims – at least from the factory. Seats have suede inserts but are not heated at this price.

Infotainment is handled by an 8-inch touchscreen in both the Sport and Performance, feeding tunes to 6 speakers in former or an octet of Bose bangers in the latter. Satellite radio, CarPlay, and Bluetooth are all along for the ride. The retro(ish) three-pod gauge cluster sits atop the dash of all Z cars, while intelligent cruise control and lane departure warnings help keep things from going pear-shaped while cruising home on the highway after an exciting day at the track. 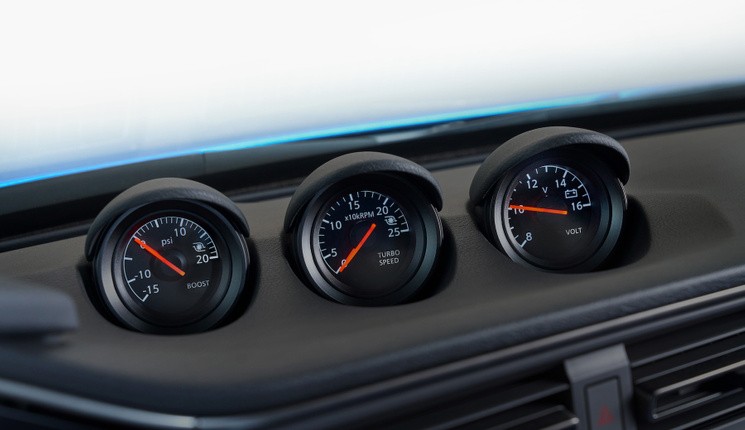 The primary argument for the next-rung Performance trim (an extra $12,000 please) are that model’s mechanical clutch-type limited-slip diff on the rear axle and SynchroRev Match baked into the manual transmission. The former will help put power down in a corner while the latter will make you look like Fangio to your friends. Better brakes are also part of the deal as are different wheels and a unique suspension tune.

Is that worth 12 grand? Hard to say, since the vast majority of pre-production test drives have happened at the helm of Performance models. What is certain is that cars like the Z (and the Toyota 86, et al) generally spawn a healthy aftermarket community from which one can draw many of those parts. Speed costs money – and $12,000 can buy a fair amount of it for cars in this category.